Many people use LTE routers to get maximal performance out of a mobile data account. My use is somewhat different: I want to be able to maintain at least minimal connectivity under challenging conditions.

I have been using cellphones as hotspots. This has a few drawbacks:

What I need is

The Peplink MAX BR1 is well-regarded but cannot do wifi repeatng (WISP) without the optional $100 license. At that point it is ~$400. D’oh!

The low end (my end) of products that meet that criteria are ~$200. Cellular repeaters (weboost, etc) are closer to $500 and have serious limitations on rebroadcast range. I sacrificed detachable ants and went Amazon open-box to get in the game for $77. 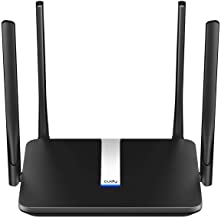 The open box really did appear to have been opened; sometimes they are just externally-damaged boxes. The power adapter was not bundled up but the router itself was in perfect condition.

I screenshotted the APN info from my phone and shut it down. Pulled the SIM and popped it into the router.

I booted the router and got into it via ethernet cable. You can do it over wifi, but that can be annoying for initial setup on routers as network changes knock you off the radio. The functionality will be familiar to anyone who has ever played with OpenWRT, DD-WRT, Tomato, etc. The UI is simple and well-worganized: 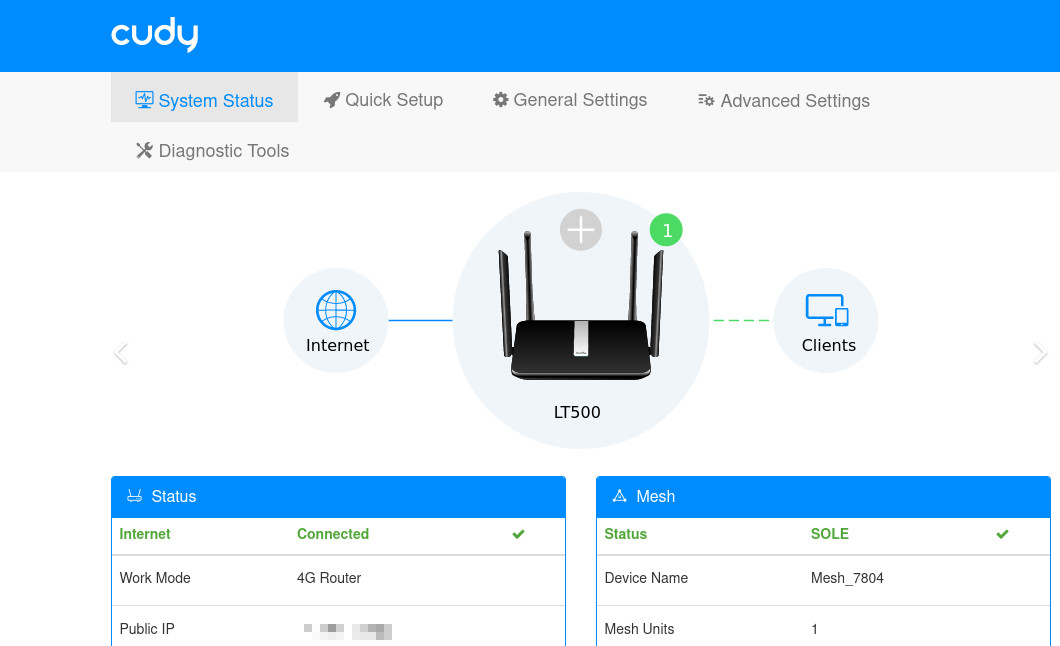 The manufacturer is open with information and aggressively works on firmware. Reminds me a bit of my favorite router vendor, GL.inet.I updated the firmware to the most recent and let it reboot.

Hmmmm, still blinking red on the (only) LED. The instructions did have specific instructions for TMO so I guessed I’d have to do that. I poked around in the status info and saw “SIM detached”. Whut? Then I thought about the design of the SIM slot; maybe it means the SIM was not seated correcty in the mini-to-nano adapter.

I was a little nervous because the SIM felt like it would go really far in, too far in, fall-into-the-enclosure far in. I powered off the router, pushed the SIM really far in and it seemed to seat. Hmm.

Powered up the router and it came up with a blue LED, indicating success. Cool. The laptop wired to the router did in fact have internet. I changed the admin login info and made a backup.

I set up the 2.4/6GHz wifi and guest network, which works fine.

One of the things I love about the GL is how well it auto-connects to known wifi APs once set up. I know the Cudy has WISP (repeater) mode but I don’t have a way to test that right now. It would be really neaty if it would prefer WIFI then fail over to LTE if WIFI weren’t available. We shall see.

I strapped the router to the underside of the passenger visor with a velcro strap to see if that would work. It gets a solid 3 bars with the big ants instead of 0-2 bars I was getting with the phone. The connection is much snappier, as judged by how text is rendered in my SSH/mosh sessions.

Right now I am still using the 120vac wall wart. The kill-a-watt says it pulls about 3w. The device takes 9vdc so if it continues to work as wonderfully as it is now I will set up a little 12v->9v power adapter for it.

At the moment my other devices are still running through the GL-AR300M travel router, which is wifi repeating the cudy. If the Cudy remains true I will remove the GL, move the Cudy to the GL’s old IP range1 and carry on.

It is possible the telco will suspend my account for using a non-approved device. But I as the use case above shows, I am not trying to bogart their towers. Just get a bit more reach to meet my light data requirements.

Since my Redmi phone donated its SIM to the router I put in a grandfathered voice-only TMO PAYGO SIM in it so I can call out if needed. Otherwise it will use wifi from the router.

I am experiencing lockups with the router 0-6x/day. It requires a power pull / reboot to start up again. support@cudy.com is responsive so far, and I’ve sent them logs to help with troubleshooting.

If the issue is specific to this particular machine (a defect) I will replace it with the same kind. If it’s a wider problem I will try another solution.

After a few more back-and-forths in email Cudy support called it DOA and offered to refund. I pasted in my Amazon order number and they refunded quickly as promised. I ordered another Cudy router, although it looks like shipping will be dog-slow. The replacement router is the LT450 which as far as I can tell is the same, only white and $20 less. Uses the same firmware as the LT500 above, as confirmed by md5 hashing. I wanted the same internals so I can upload my backed-up configurations, which I spent a lot of time on.

Since I still have the dying router I will limp along on it until the new one arrives. I’ll continue to work with it and see if I can get it stabilized.
It could be a loaner or backup, or maybe it will get an autopsy.