Back home in NE Texas we lost a family member recently after a long illness.

Beverly fought much longer than I thought humanly possible against a particularly vicious form of cancer. When I saw her last (Thanksgiving) she exhibited a calmness and grace that I hope to possess when my own end is in sight. I am sorry she is gone, and grateful that she is no longer suffering.

May, according to Google 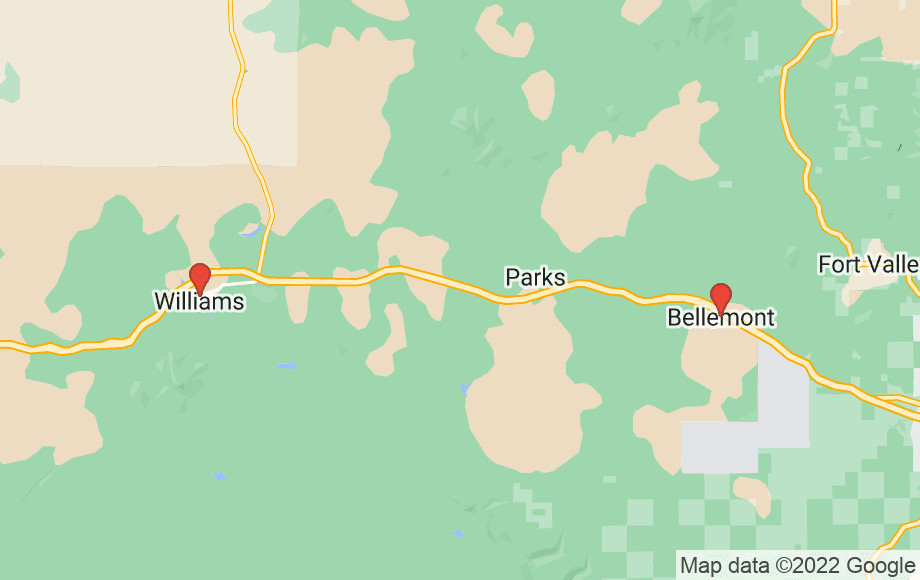 Pretty much it. Staying the full pull around 7k’ of elevation west of Flagstaff to minimize the heat. NF rules are typically somewhat different than BLM:

The latter has an advantage when national forests abut each other, but you still have to have something else for days 28-31. That’s the scenario around Flagstaff.

Historically, Flagstaff tends to be livably cool (in the shade) all summer, but this season is +10-15F over those averages. I was hoping to use Flagstaff as a summer base this year but might get chased to even higher elevations. Gas prices are $4.75/gal in town right now so staying in one general area would be immensely preferable.

I guess it’s time for new1 shoes when your old ones have holes in the soles. I found a serviceable pair of Nike Air walking shoes at Goodwill for ~$15 and they are working well. I had a 20% off coupon but it was for June and I bought them in May. I needed them then and couldn’t wait a while longer to save the $3. :-)

I wore the old ones to Planet Fitness and trashed them when I took them off for the shower. I usually wear my shower shoes back out the van anyhow to let my feet dry/breathe.

First run at making pancakes in the van (recipe). Worked out pretty well.

The prices for paper plates have gone insane (Walmart brand uncoated 200ct > $12!) so I bought some small cafeteria-style divided serving trays for $0.88/ea.

In the last post I mentioned the Cudy LT500 LTE router was acting squirrelly and requiring resets at least 1x/day. The vendor refunded it quickly and did not require return. I figured I’d dork with it to see if I could render it stable[r]. I tried a few things:

I don’t know what (if anything) I did made a difference, but it’s much more stable. It’s required only 1 manual restart in the past week instead of at least 1x/day. Interesting. Even with that amount of rebooting it’s still more stable than my phone hotspots were.

I had a chance to try out the WISP (wifi repeating) feature at Planet Fitness and it performed well. In this scenario it has an advantage over the GL.iNET wifi router; it doesn’t drop the local wifi AP when setting up the repeater. That combined with the Cudys; 5gHz wifi band coverage means the little GL.iNET will likely sit unused for now.

In the meantime I used the refunded money to purchase an open box Cudy LT450 as the primary workhorse. I picked the 450 this time because:

I haven’t bought many watermelons since going FT. They are big and relatively $$, which is a bad combo for someone who lives in a van.