I heard honking the other day and looked over;  a guy was stuck in the road behind a herd of wild horses.  They didn’t pick up the pace and eventually ambled to the other side.

Their trail crosses the road,: 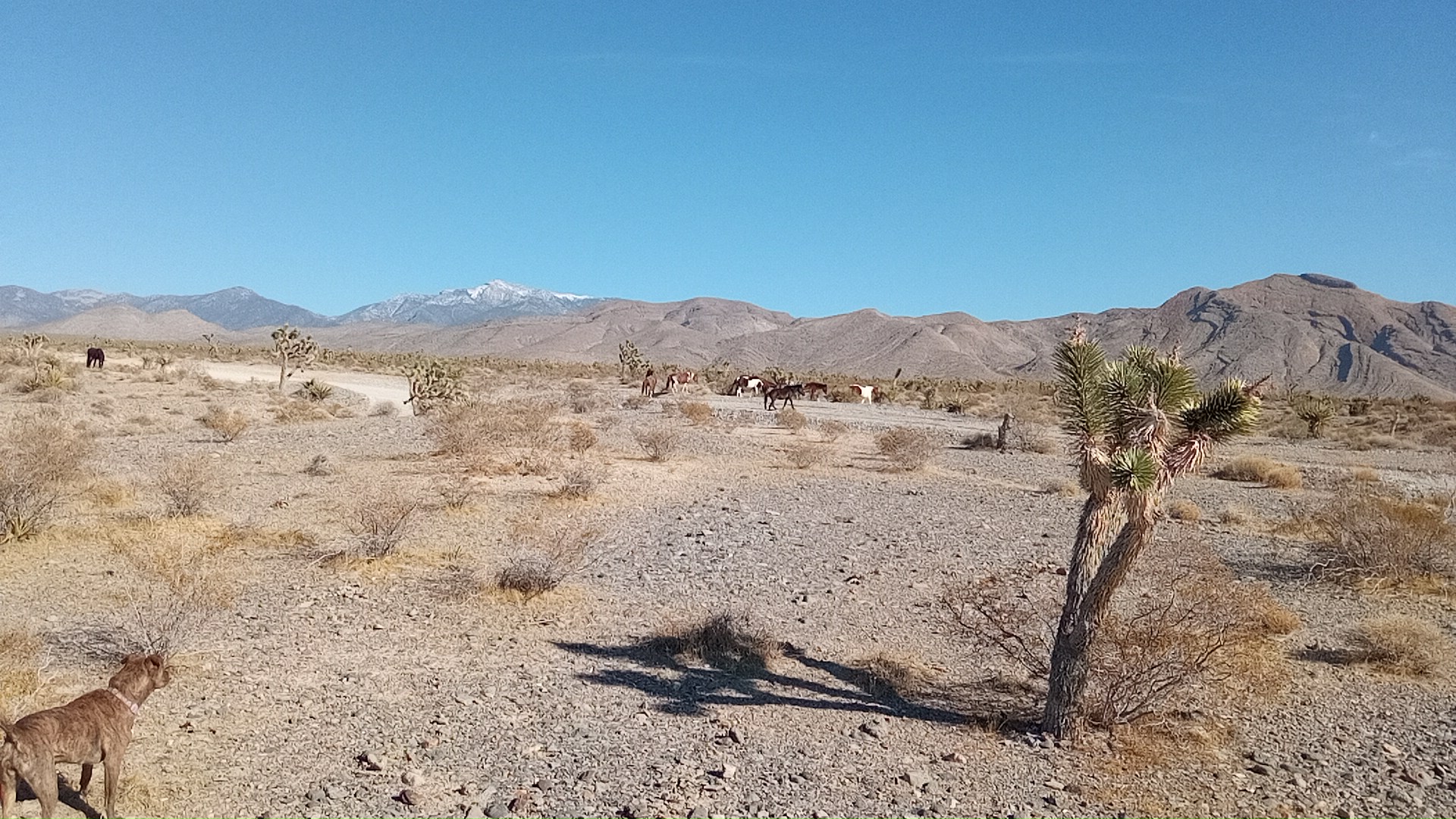 We’d found the crossing before we’d seen any horses.  There was a defined trail with only hoofprints and no footprints: 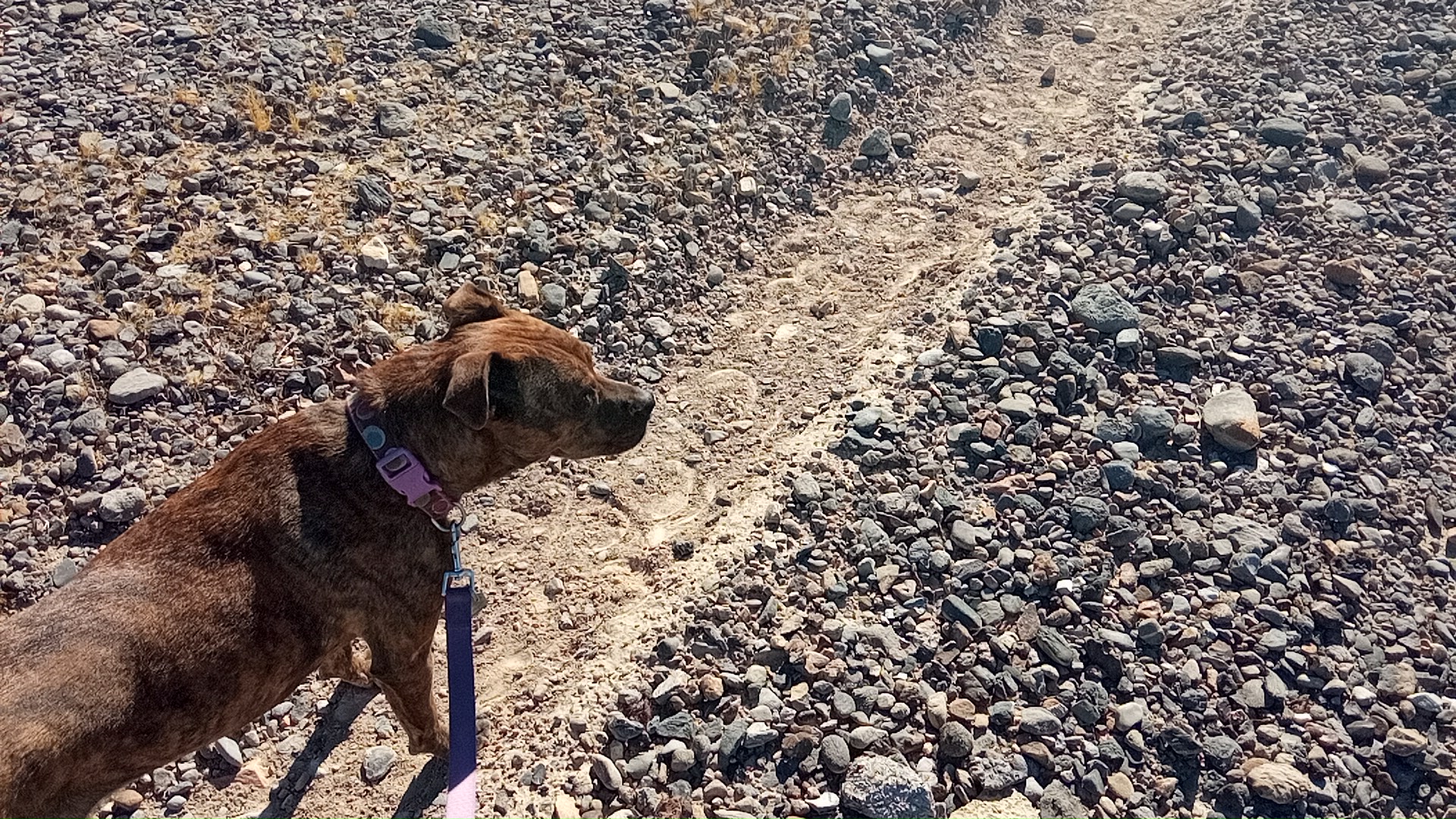 Muffin and I walked NW on their trail a couple miles to see what we could see.  There was some pistol brass on the trail about 50’ off the road;  we picked up a half a quart ziploc baggie of it.

Continuing on we started to see some of that hateful cholla, which is gratifyingly absent from the campsite.    It started getting closer to the trail and there were bits that horses had knocked off.  I was worried about Muffin’s fur and paws so we turned back.

Here’s a shot taken just before we turned around.  The van is a white spot on the far right edge of the pic: 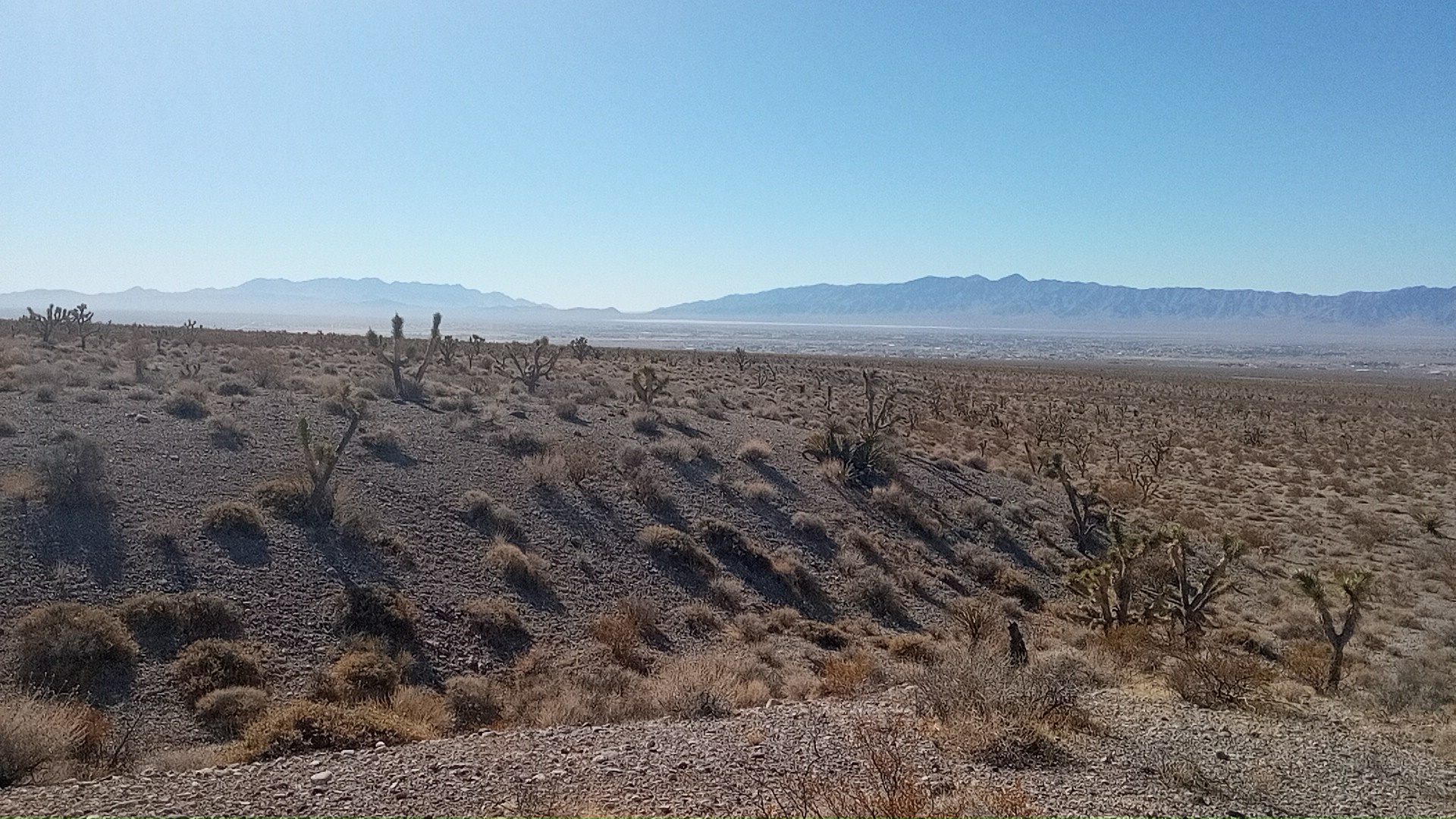 There are several factors involved in a move:

I got here on Sunday the 8th and could stay until Saturday the 21st.  But that would put me relocating on a weekend, and thereby competing for camping spots with weekend campers.

It would also put me in stores reprovisioning on a Saturday, which would be (as Orwell says) ungood.  And it would be the weekend before Thanksgiving, so doubleplus ungood.