Yesterday I saw a UTV stop 5 hilltops to the north. He stayed for a few minutes so I got out the binos. The driver was out of the vehicle and inspecting what appeared to be a park bench (!) and small water tank (!) on the crest.

Color me curious. I didn’t see any definite trails but there was two-track in the general area between here and there.

Today after breakfast Muffin and I headed off in the general and found there were no trails in that direction. Looked like it would be a scramble, and I hoped I’d be able to use ridgeline trails on the way back for a longer-but-easier return. I mean, there had been an UTV up there and he had to come from somewhere.

On the way over I saw a really purple rock. Really purple. It’s hard to tell in the pic but to the eye it was striking. I forgot to wet it, which would bring out the color more:

This was actually the 2nd attempt at a pic; in the first Muffin decided it was time for her close-up:

When we got to the final hill there was no obvious way up, so I scrambled up a ravine-like structure. Up top the object was revealed: 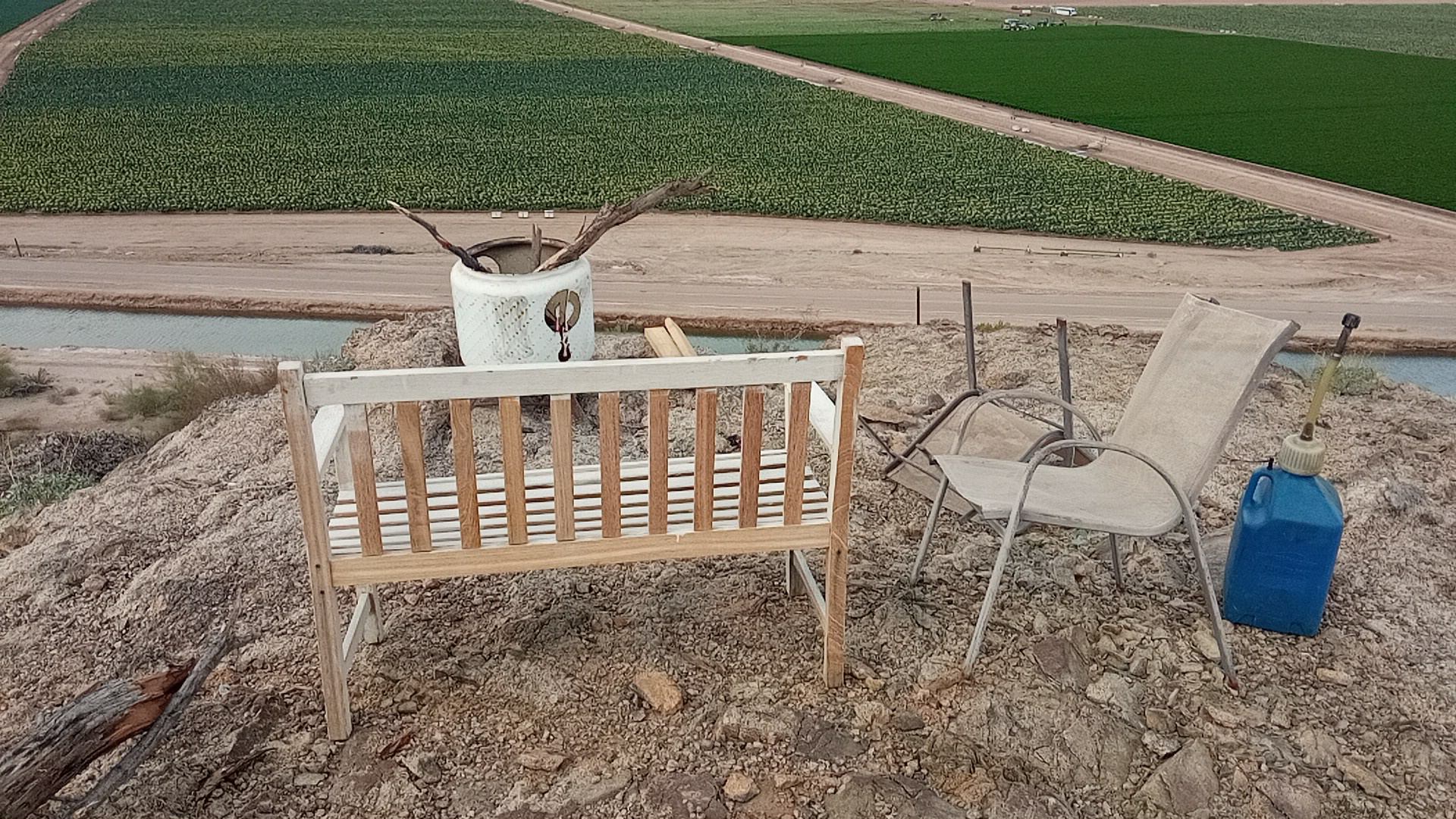 I think the small white boxes adjacent to the field are bee hives. The “water tank” was a washer drum redeployed as a fire ring. 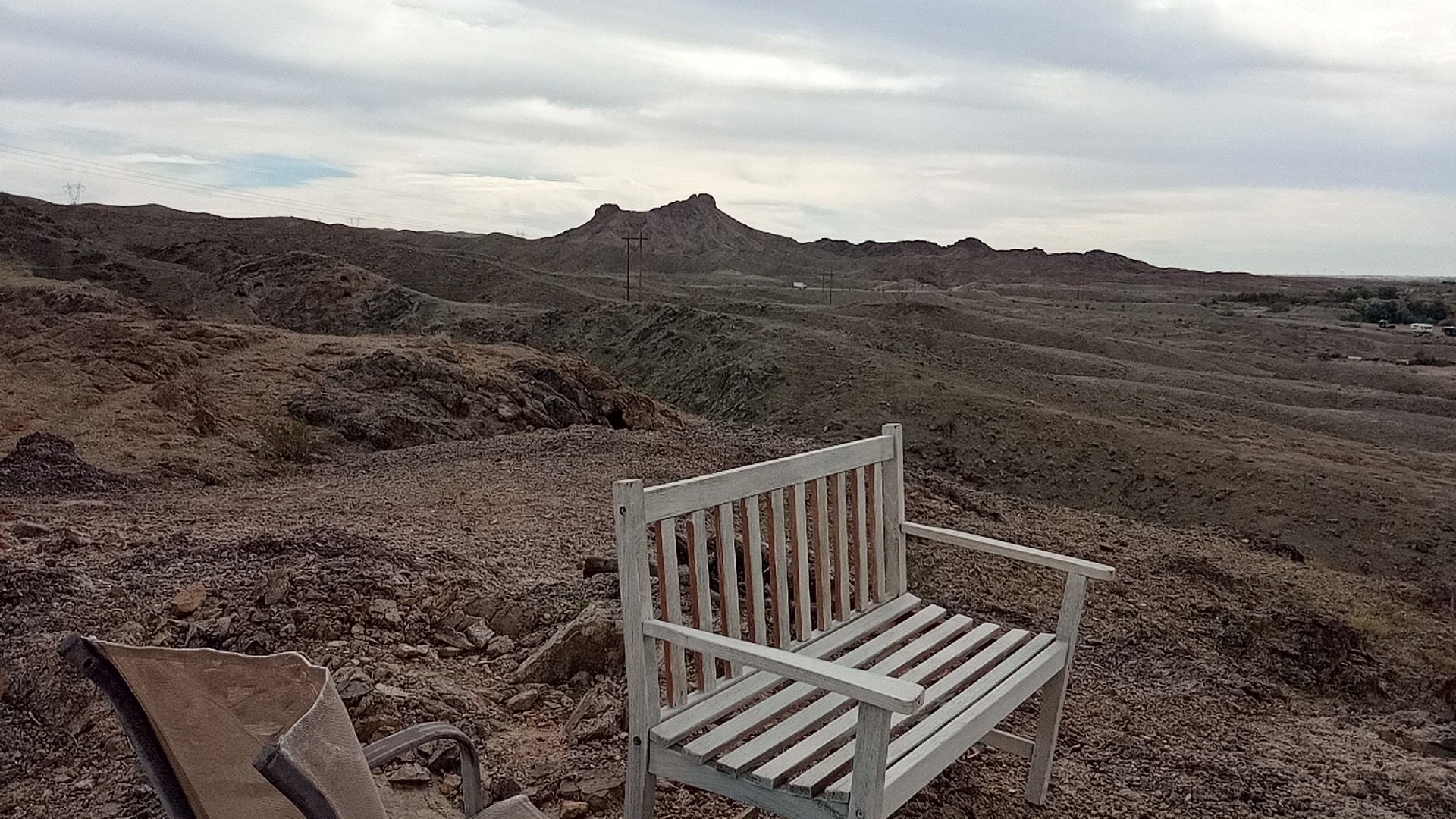 campervan is the white speck in the distance

I started looking for ridgeline trails but there were none; apparently the UHV had come up from the direction of the road. This meant scrambling back to base, which was a disappointment.

I started back down a draw that I thought I used on the way up, but it was a different one. It got dicey about 10’ from the bottom and I was having to consciously place each foot and each trekking pole tip. About 4’ from the bottom I slid a bit and my foot hit the next planned stronghold (exposed rock) pretty hard. It would have held for static placement but the extra energy from the slide knocked the bowling-ball-sized stone loose and I slow-motion tumbled the rest of the way.

I was able to deploy a couple trekking pole points on the way down to brake the rate of tumble. No permanent damage, I don’t think. Squished my left hand between a rock and my body and tweaked my left knee a bit. It hurt less and less as I went on so I think it’s intact inside. My right trekking pole was bent and is slightly flattened in one spot:

Once back in camp I found a flat rock and massaged the pole back into reasonable straightness with a rubber mallet. It’s aluminum so I assume it’s compromised. I’ll use it unless it proves unserviceable.

Speaking of flat rocks, on the way back I saw a cleaved rock so flat I thought maybe it was man-made. But no, upon inspection it wasn’t perfectly flat (close!), and also I found the rest of it nearby: 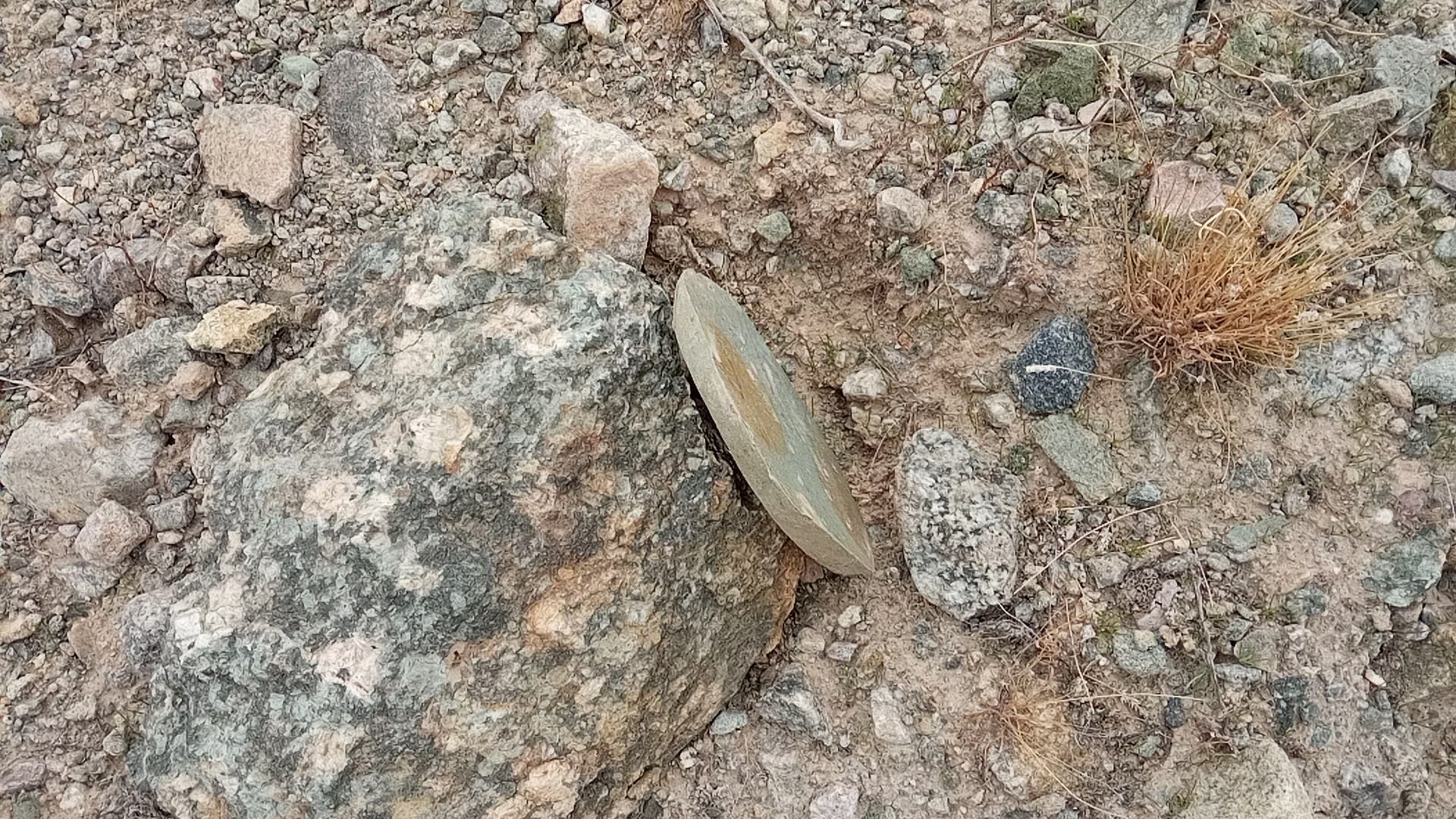 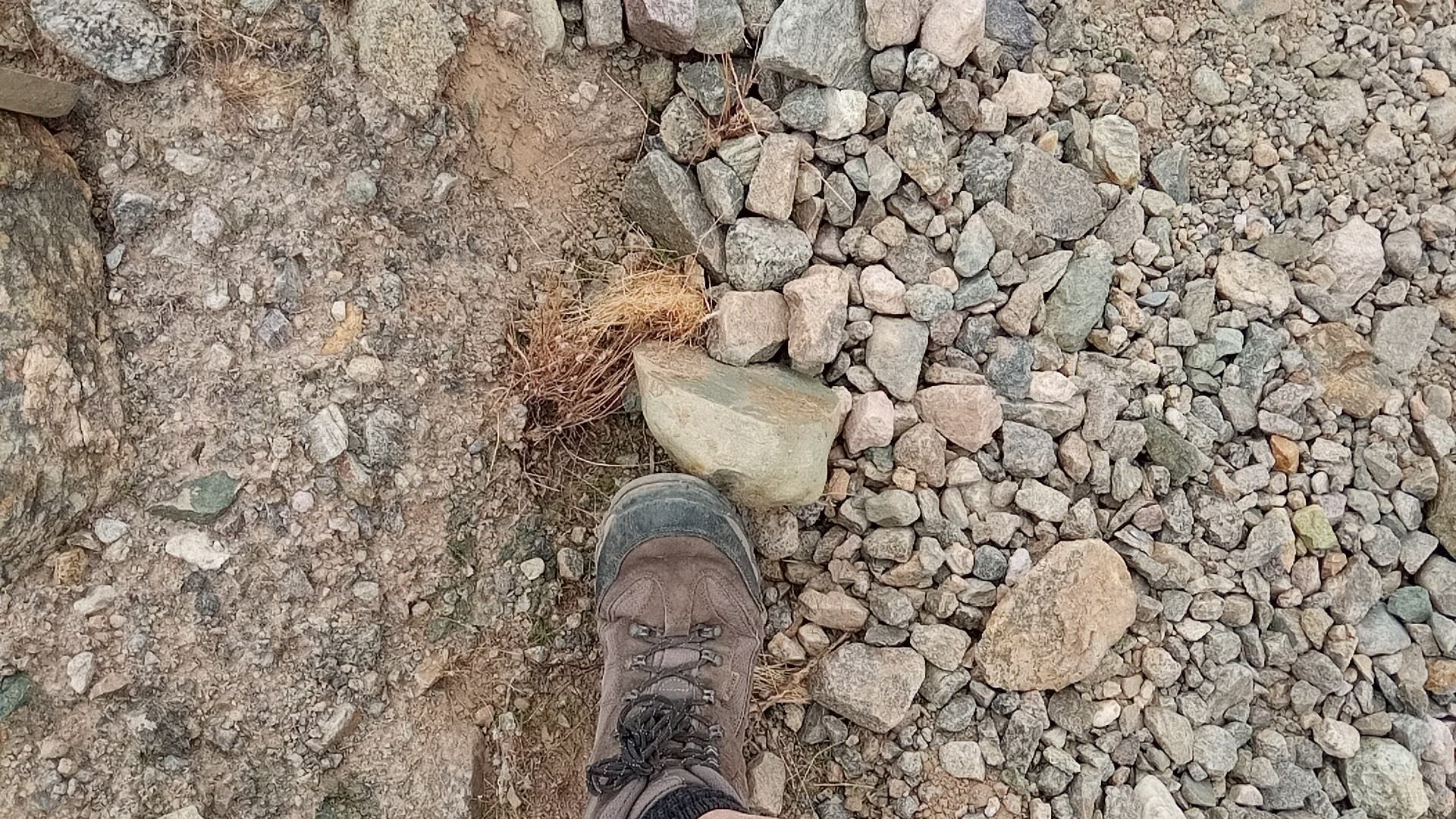 Total time 1.75 hours. Got a little warm and dirty so I’ll wash up after posting this.