The smoke in the Lincoln City area was starting to get to me (stomach pains) so I checked the map to see where fires weren’t;  Newport looked workable.

That would have worked ok except folks from outside LC were apparently evacuating from areas with active fires.   Luckily I had a 3/4 tank of gas and the van is in good shape.  The average 10mph traffic was annoying but not dangerous.    It’s nice knowing you can pull over to nap, wait, or use the bathroom as needed in a self-contained pod.

LEOs were in good spirits and truly excellent in moving evacuating traffic through oncoming lanes;  I assume they get practice from the tsunamis.  Broadcast radio was terrible.  Few stations with only statewide general info (“the west coast is one fire” - duhhh).  No emergency info at all. 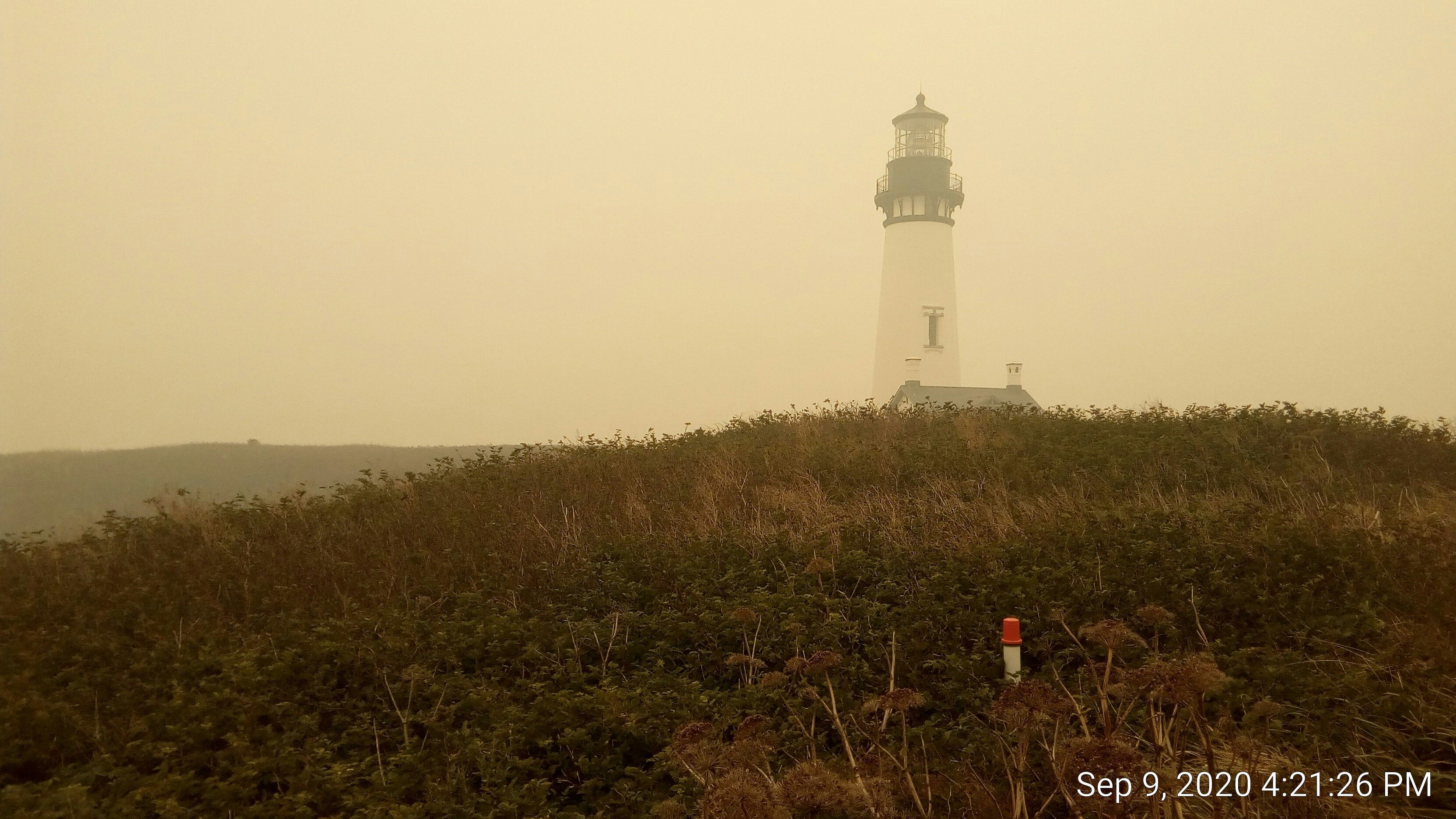 This is the lighthouse in Newport.  I don’t know if it actually works, since it wasn’t on when I was there.  Again, no filter.

But stopping here gave me a chance to check the phone and see that the wind would change direction by Thursday, blowing the smoke back inland.  By Wednesday evening there was already a gentle westerly breeze and the skies were clearing.

Today is foggy but {much less} smokey.  I can live with that.  {edit:  with more daylight I can tell it’s still smokey but about half the density.  I don’t feel it or smell it at all, so it’s a big improvement. }

Bonus picture of alien-looking seaweed with onion-bulb-looking buoyancy adaptation on one end. 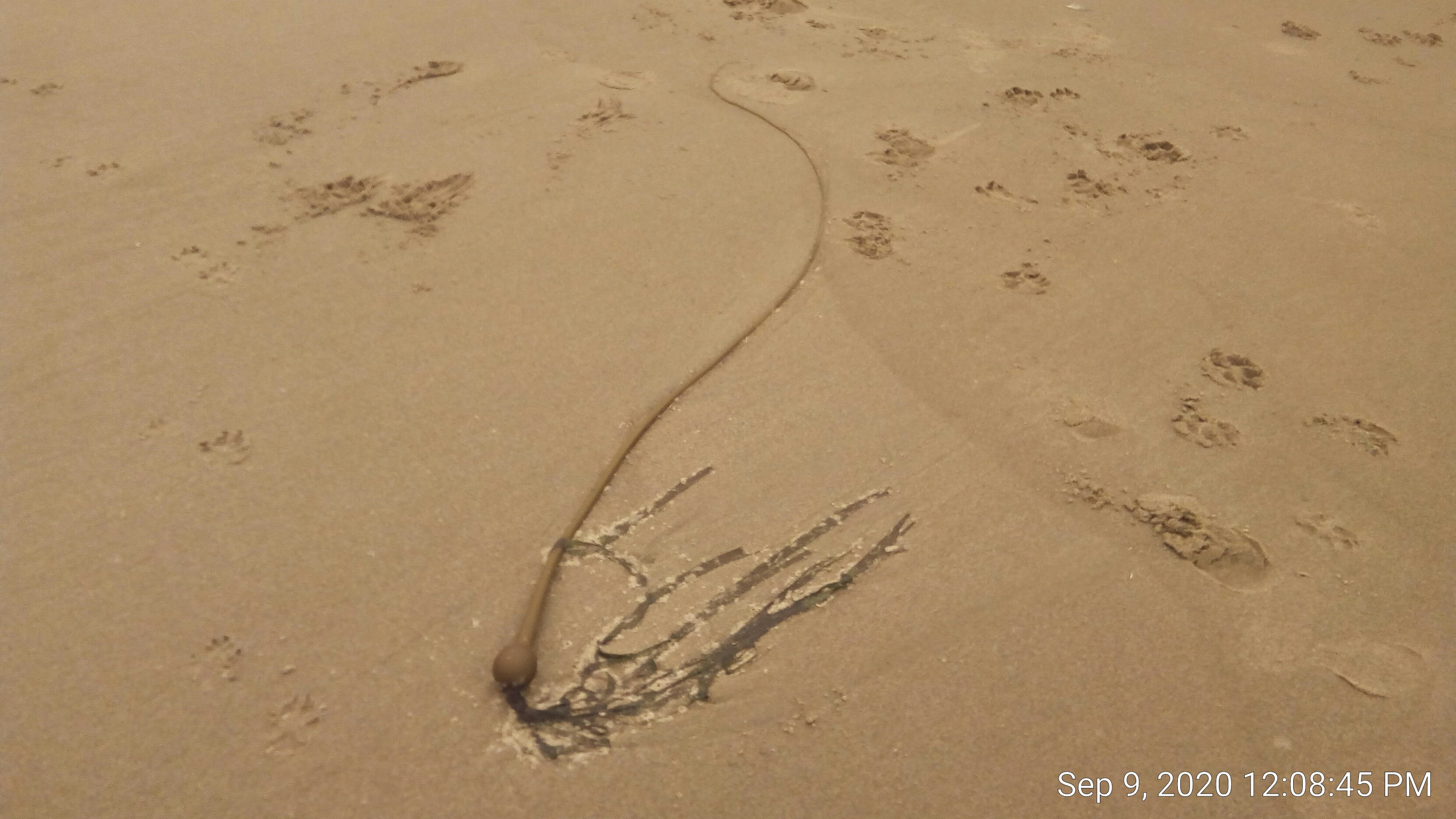 Maybe 6’ long.  I thought the hollow bulb would be spongey or gelatinous but it was thin and stiff like it was made of balsa wood or something.

The smoke blowing off reminded me a bit of the English navy  and the Protestant Winds that blew back the Armada.  I decided these breezes were LDS since they didn’t smoke.  :-)

Last night I inadvertently stealthed near enough the bay/pier area that I could hear the sea lionis barking.  I found public parking closer to that zone and will walk down with wonderdog after breakfast.