Lincoln City is about 90mi down the coast from the Seaside area.   It would be the coolest spot in the area I could find for the next two weeks.

Fearing holiday return traffic, I waited until quite late to start heading south.  I noticed there were some leaves on the 101, the coastal highway.  I chalked it up to the recent hot spell, judging it had stressed the trees and they were starting to drop foilage.

As it turned out, this was the front (literally) of a historic wind event in the area, which was to say the wind would blow harder than it had in September before.  By the time I was halfway to LC the highway was covered in tree debris.  It was deep enough in patches that you had to guess what was a pile of leaves and what was a branch.  I went slow and went around the piles where possible.   I only hit one sizeable obstacle (a 4” branch) when I was pinned in the right lane by a fellow in a hurry to get his lifted 4x4 brodozer somewhere.

Adding to the fun was a good supply of dust from the ground and smoke from fires to the east.  I had a headache when I pulled into LC a little before midnight.  A few minutes later the city went dark with a power outage, and it’s still out 18 hours later.

Lincoln is at the junction of the wind alert (orange) and the wildfire alerts (red): 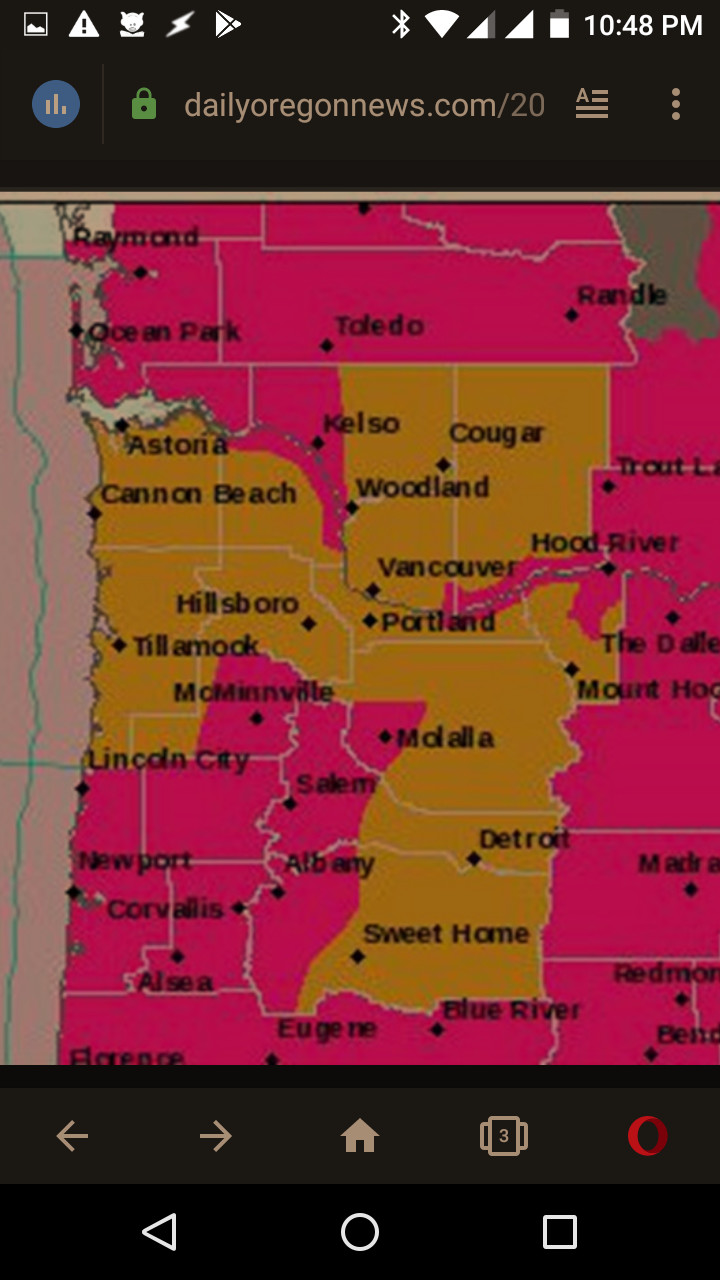 With the dust and smoke in the air it looked like photographs of Mars this morning.  There are no filters on these pics: 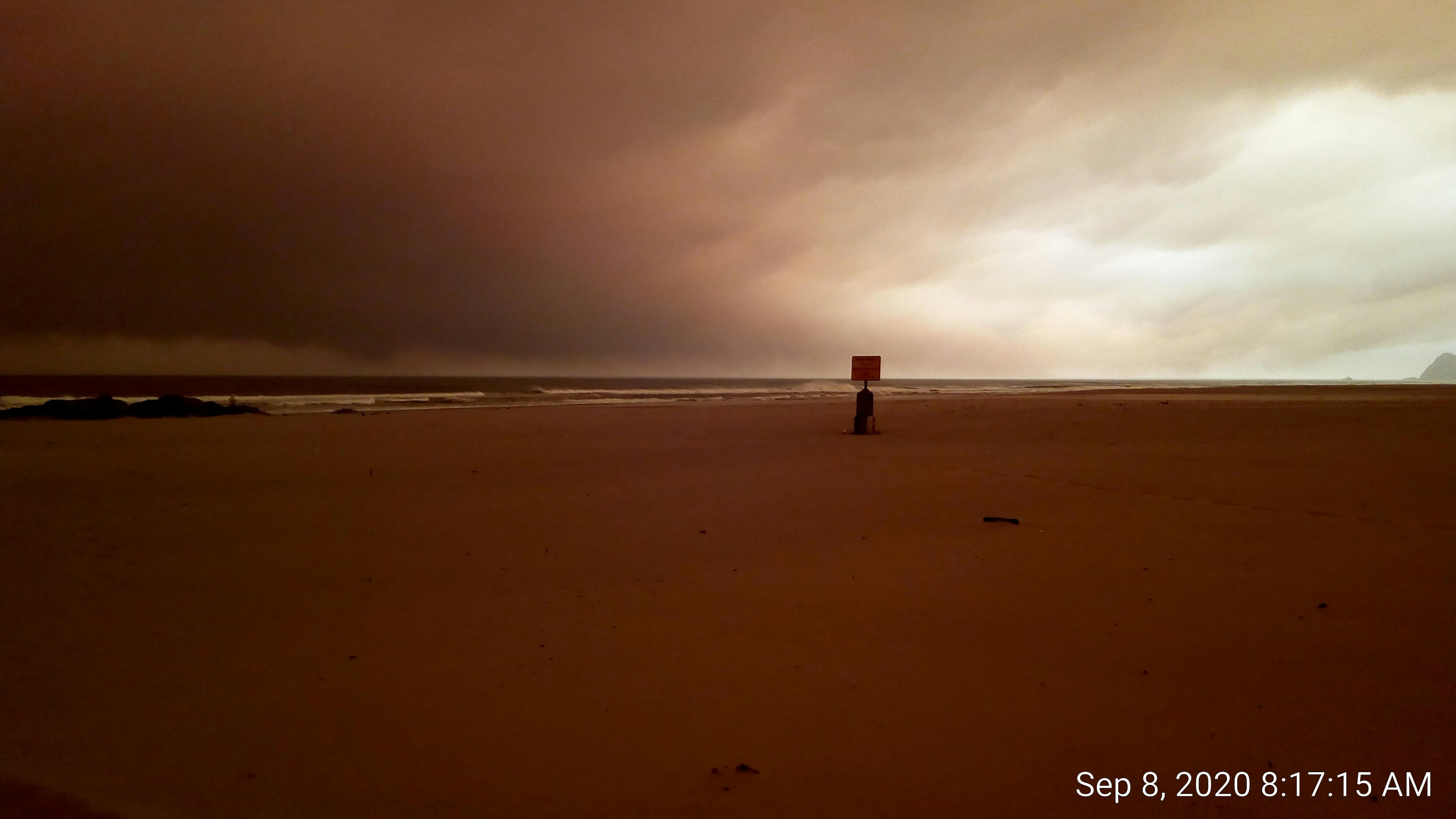 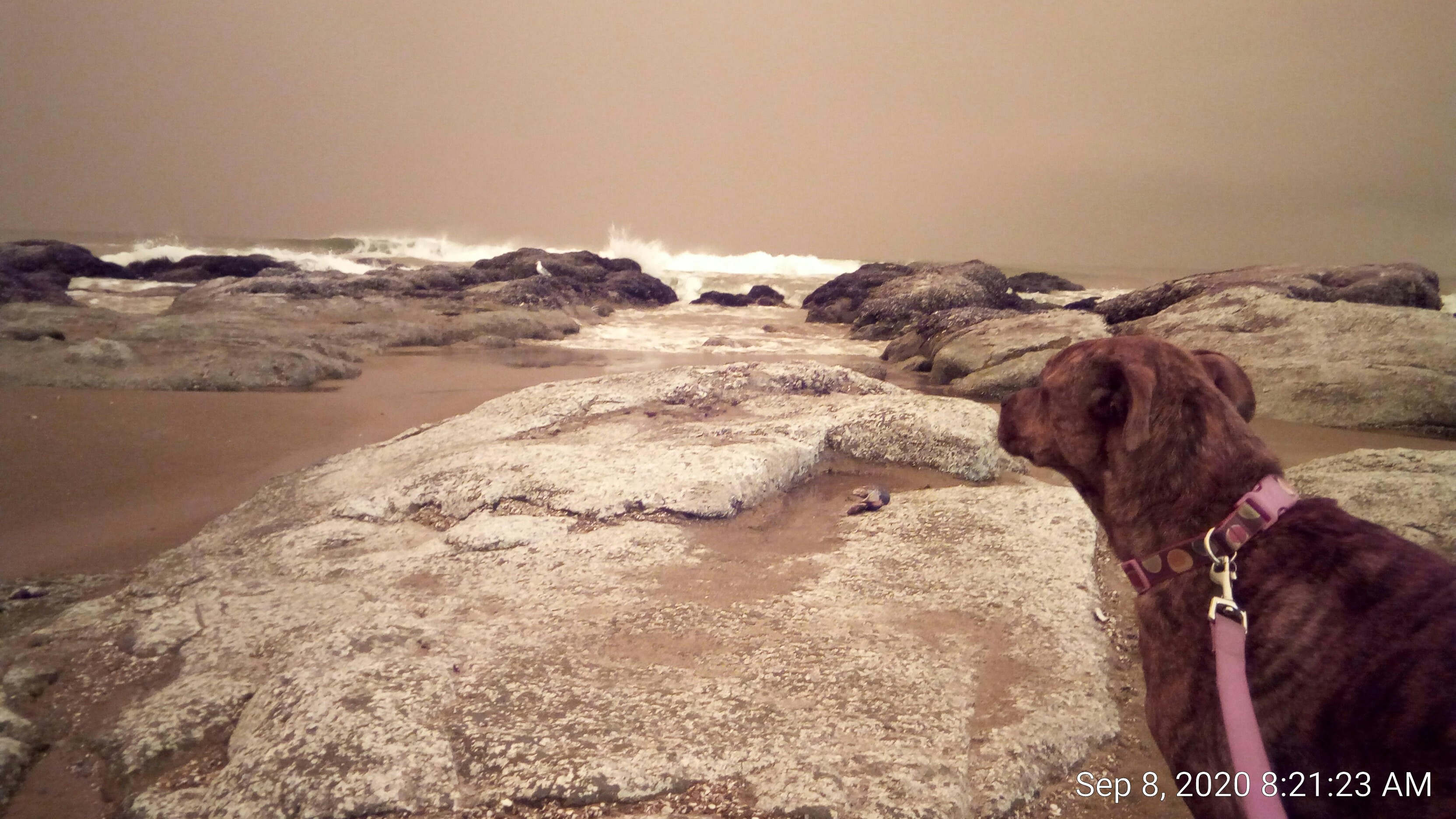 We did get to see some neat tide pool areas with anemones.  They were about the size of a silver dollar: 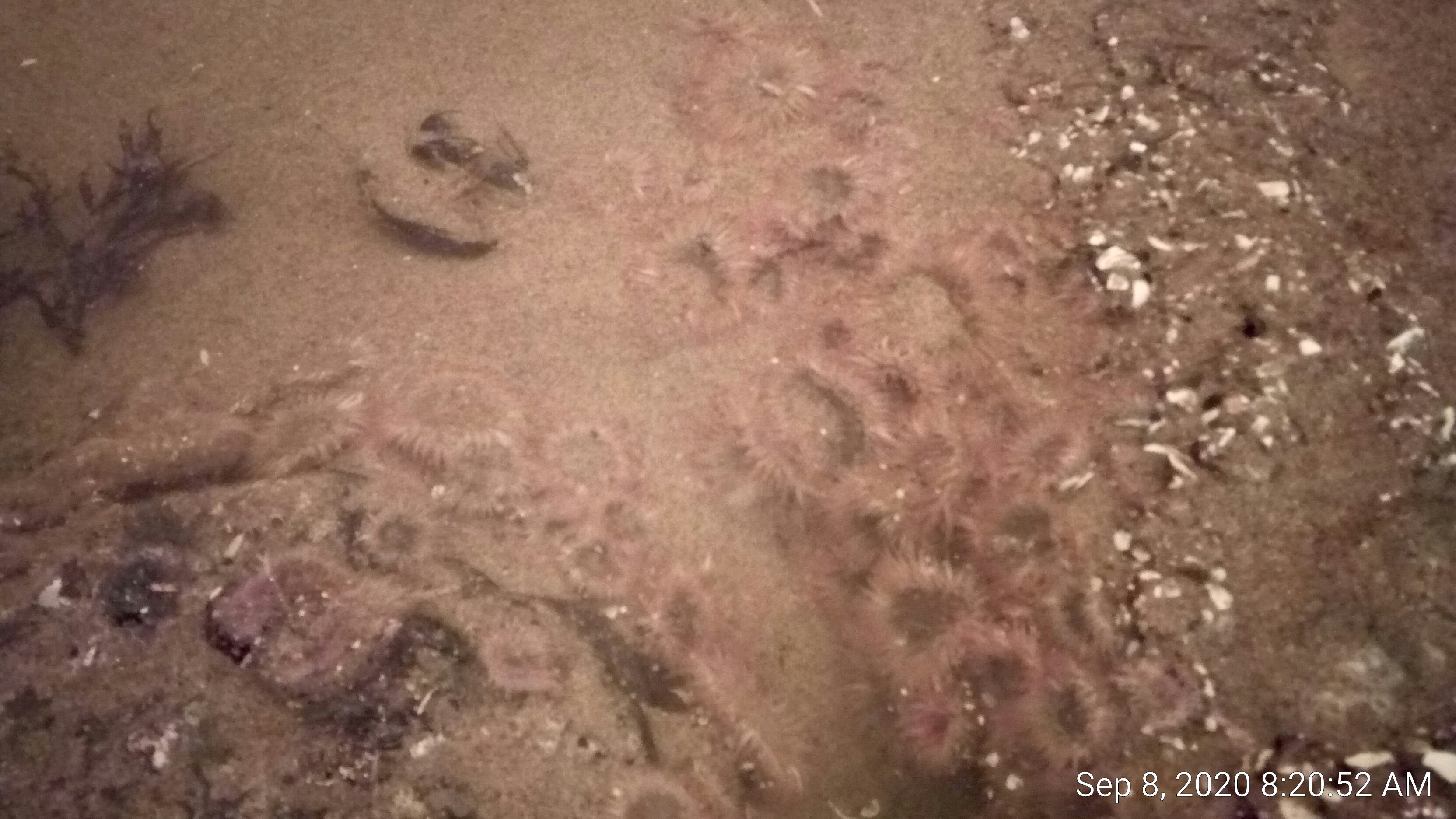 It wasn’t great for solar harvest, as you might imagine.  Here I am making 9w at noon instead of a theretical ~450w: 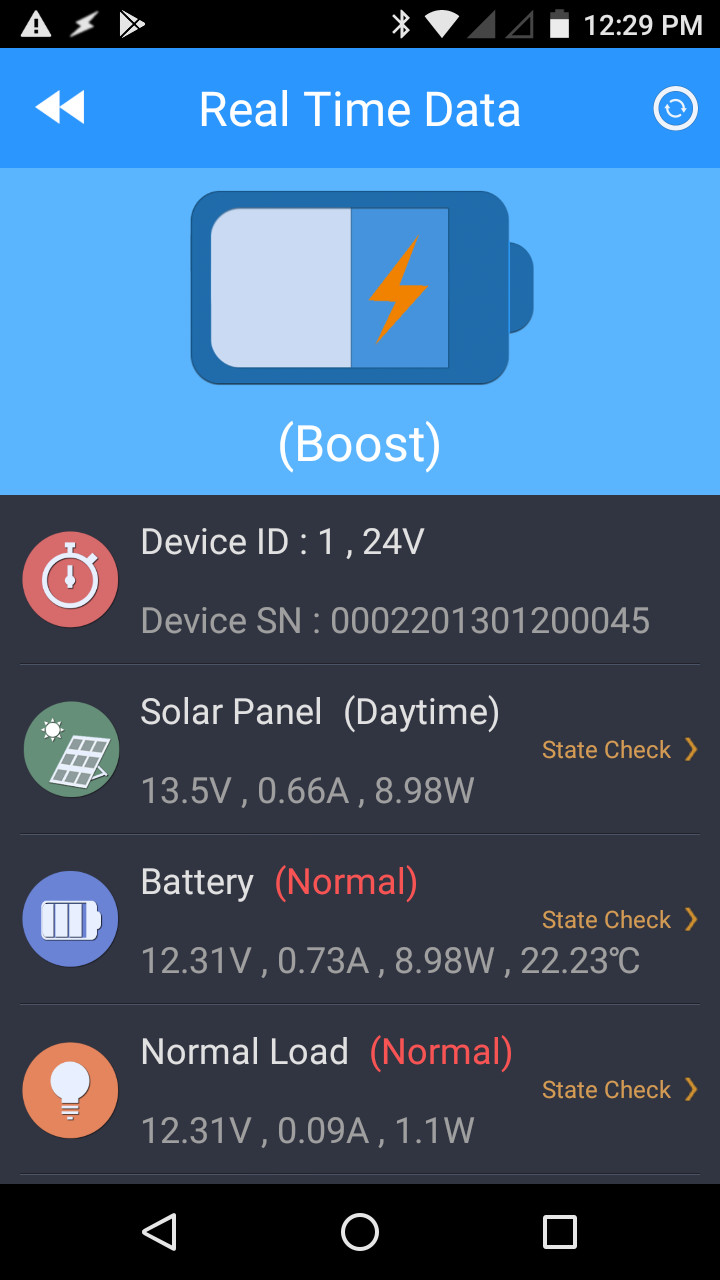 Notice that Vpanel had collapsed to 13.5v instead of ~36v.  Nominal 12v panels wouldn’t be charging at all.

The wind is supposed to settle on Wednesday, and the temps are predicted to fall lower into the 60s.  I can handle another 24hrs of it but the noise and van motiion makes Muffin nervous.   We’ve been in the van for the most part.  I wear clear eye protection when outside due to flying sand and debris.

thoughts on the power outage

The power outage doesn’t affect me much, as I am self-sufficient with both power and food.  I also filled the gas tank before heading down so I am 3/4 full.   Dog and I walk city areas when we are near them but don’t buy a lot, so the closed shops aren’t a dealbreaker, either.

I do worry about the shops that were already hanging on for dear life from Covid;  a thawed deep-freeze at a restaurant might be the final straw.  Hopefully they have generators on hand to deal with winter outages.