As I headed NW out of Logan the hills got more rounded (older and more eroded?) and lost their trees.  Lots of tall grass and sage.  Hayfields and black angus cattle in the surrounding land. 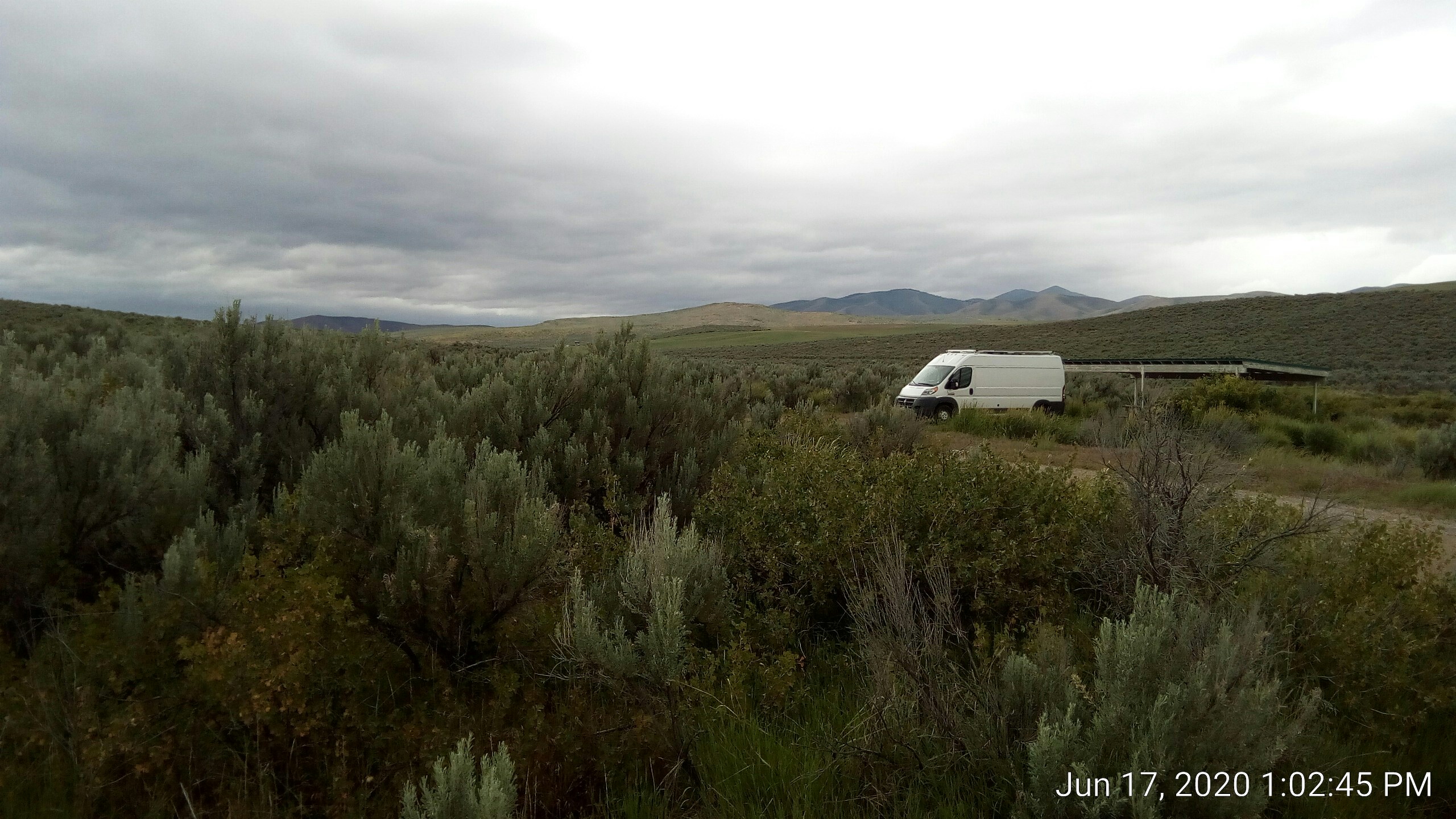 This camp area appears to have previously been a maintained, fee-supported site but now has notices saying it’s not maintained, and it clearly needs some love.  One needs a machete to get from the gravel parking pads to the picnic table in 3/5 of the sites: 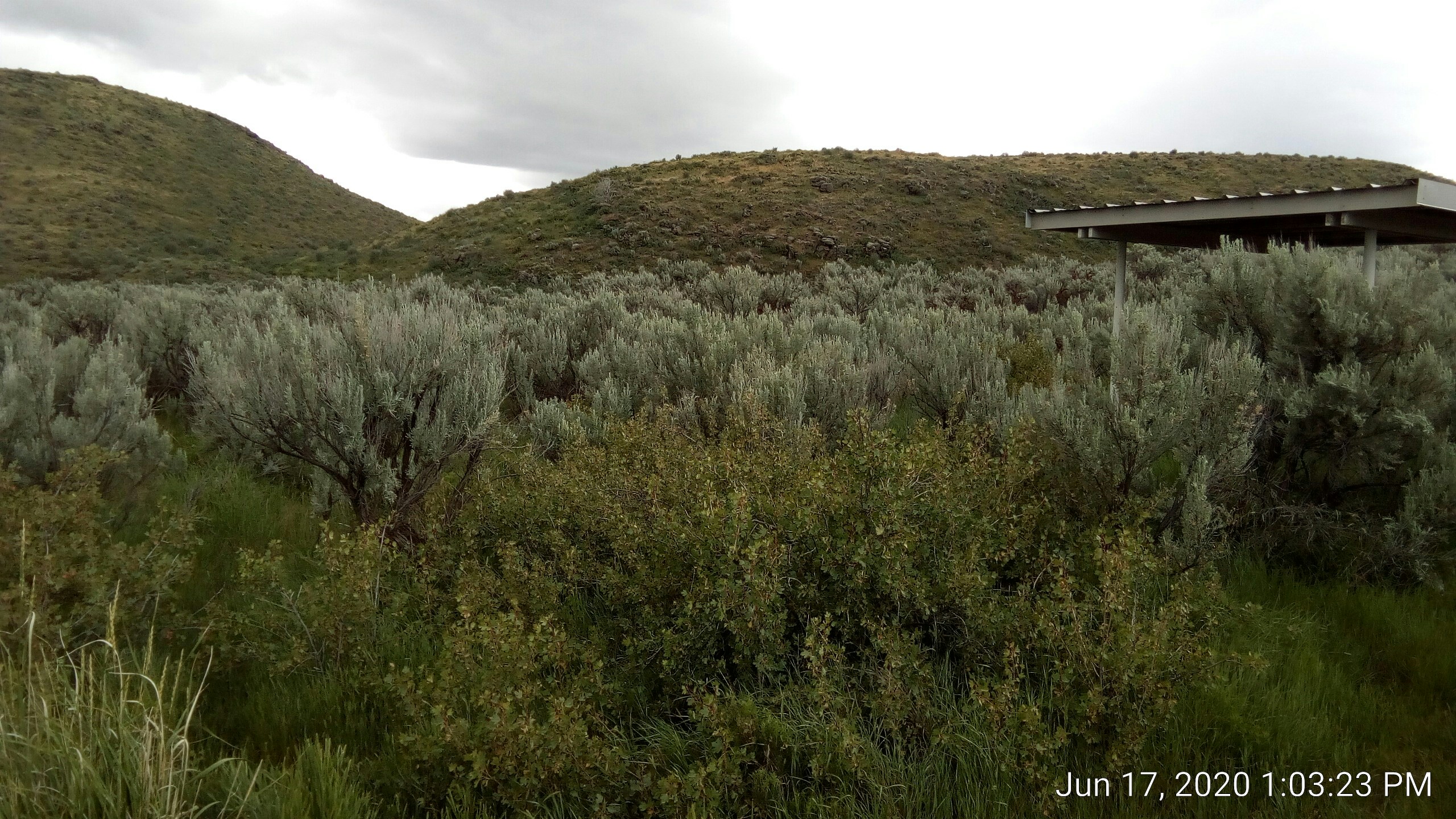 The signs say the Hudspeth cutoff was supposed to save time on the Oregon Trail but was not effective.  It was used later by folks attending the Idaho gold rush.

There is a manual water pump that looks completely dead.  The (wooden?) handle is long gone, but someone inserted a spike one can use to brute force the plunger up and let it fall down.  I gave it about 6 strokes and water came out!  I’d boil/filter it, but it’s nice to have.  You have to want it though, as without the handle there isn’t any leverage.  All muscle work: 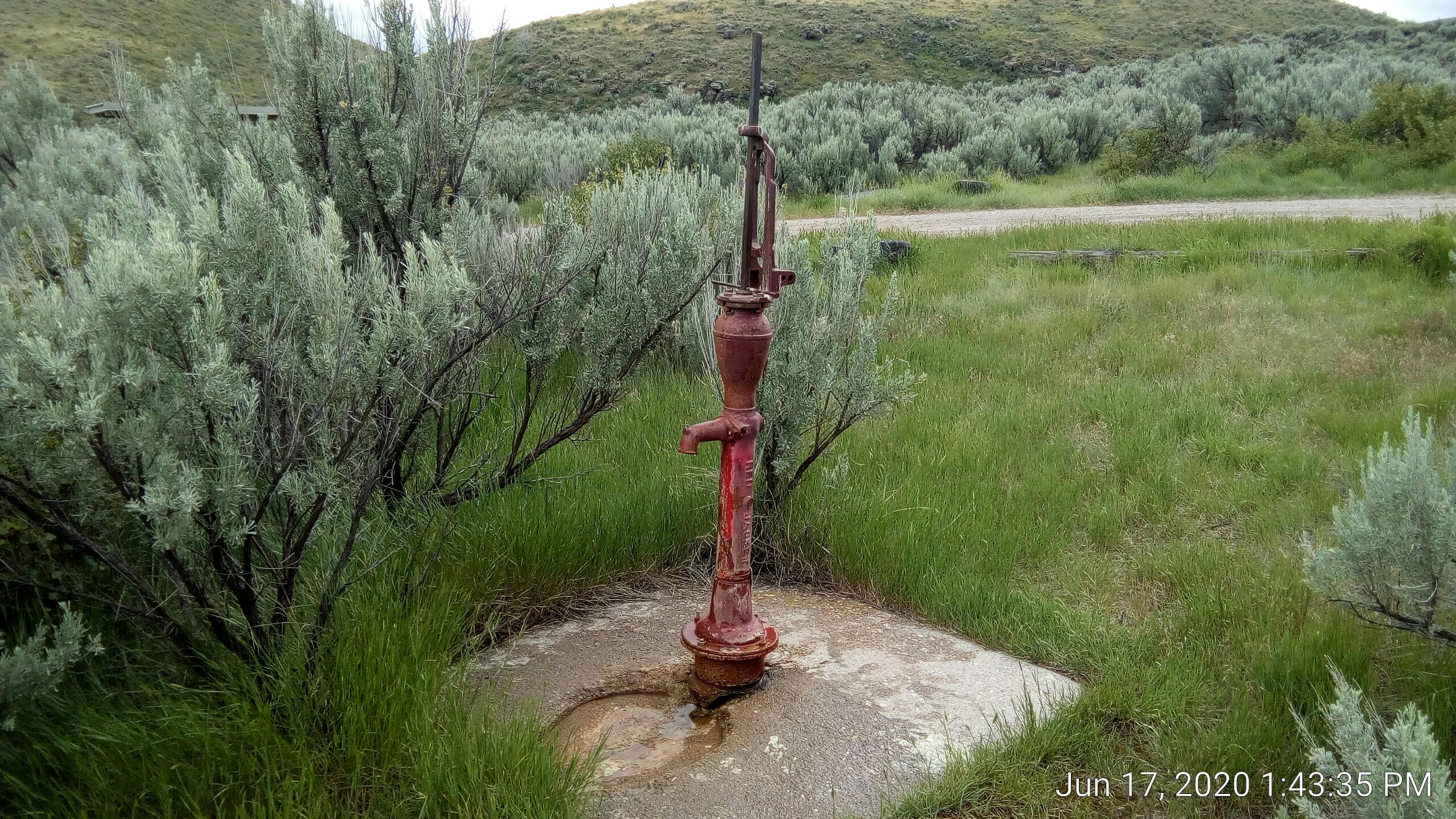 water in the depression is what I pumped out[/caption]

Would be good if you had a kid you needed to tire out.