I mentioned a while back that  my beloved Dragonfly liquid fuel stove has a plugged fuel line.  I wrote MSR support and got a ticket number but no subsequent follow-up.    I would have waited longer but my backup stove (Coleman Exponent multifuel) stopped holding pressure this morning.  Sometimes “two is one, one is none”, and sometimes “two is none”.

I still have a propane stove, but having my favorite and backup stoves on the sidelines captured my full attention.

working on the Exponent

There are two mechanisms that keep pressure inside a Coleman device.

It acted like a leaking check valve.  Unfortunately, they are often seized in position and difficult to remove.  Also, the slot cut in the top to assist in removal is very wide and designed to be used with a specific tool.   If it’s being stubborn a screwdriver can destroy the valve.

I sacrificed a chicken to the gods of fire and went in.  The check valve broke free with little drama.   I shook it out and soaked in fresh fuel.  Used a cleaning brush on it, and manipulated the BB back and forth with a pick.  Checked and adjusted the o-ring.  Cleaned the inside of the font to remove crud and debris.  I didn’t take pics because I had fuel all over my hands, but this is what the valve and stem looks like.

I wasn’t confident about reassembly because the valve has to be dropped a few inches, blindly, into the fuel reservoir.  Amazingly it fell in place the first time and a couple reverse turns got it lined up with the threads.  Tightened carefully and tested.  The stove works fine once again.  So far so good.

working on the dragonfly

I was pretty sure there was a blockage but I couldn’t prove it.  These pics provided evidence: 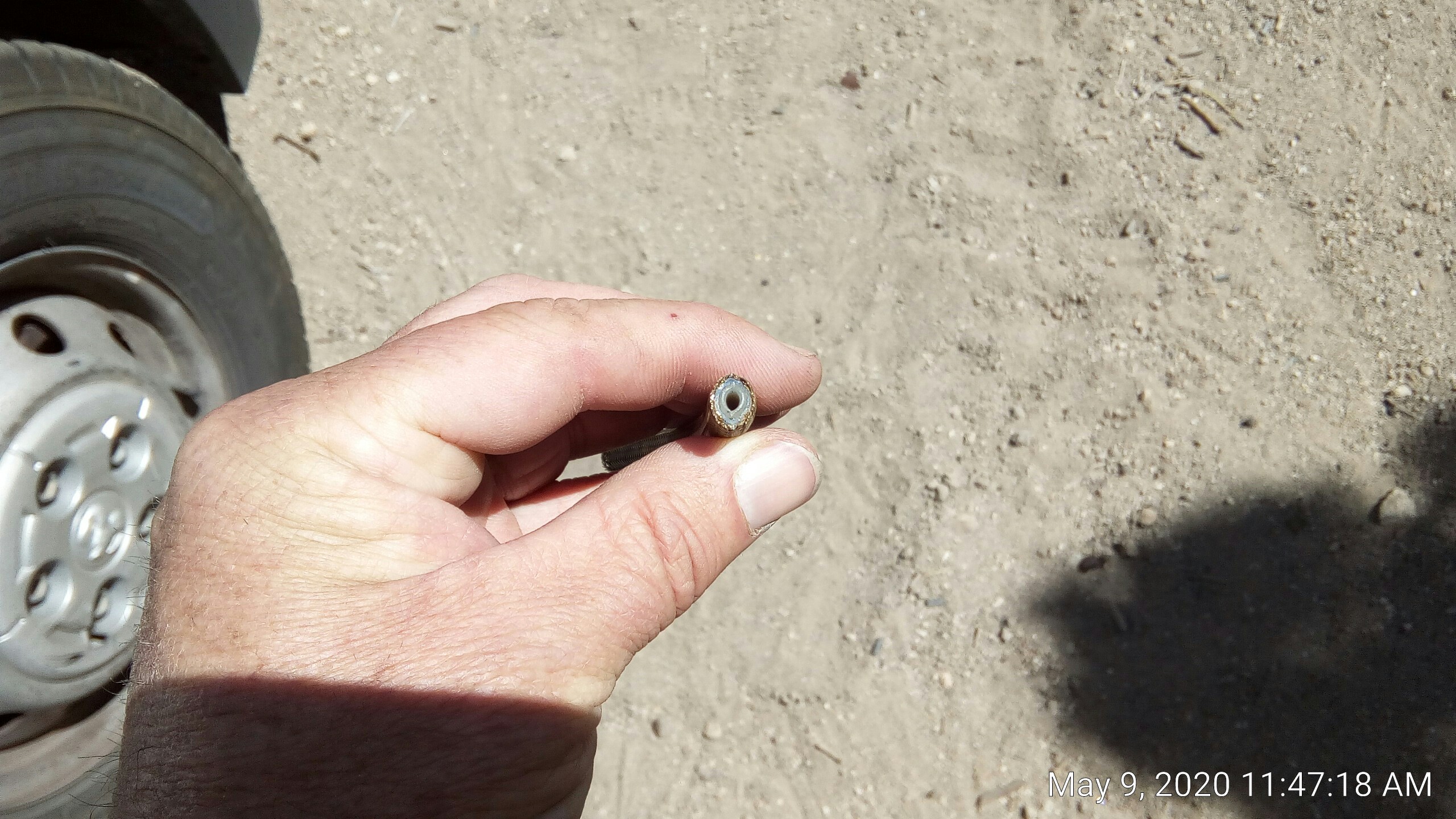 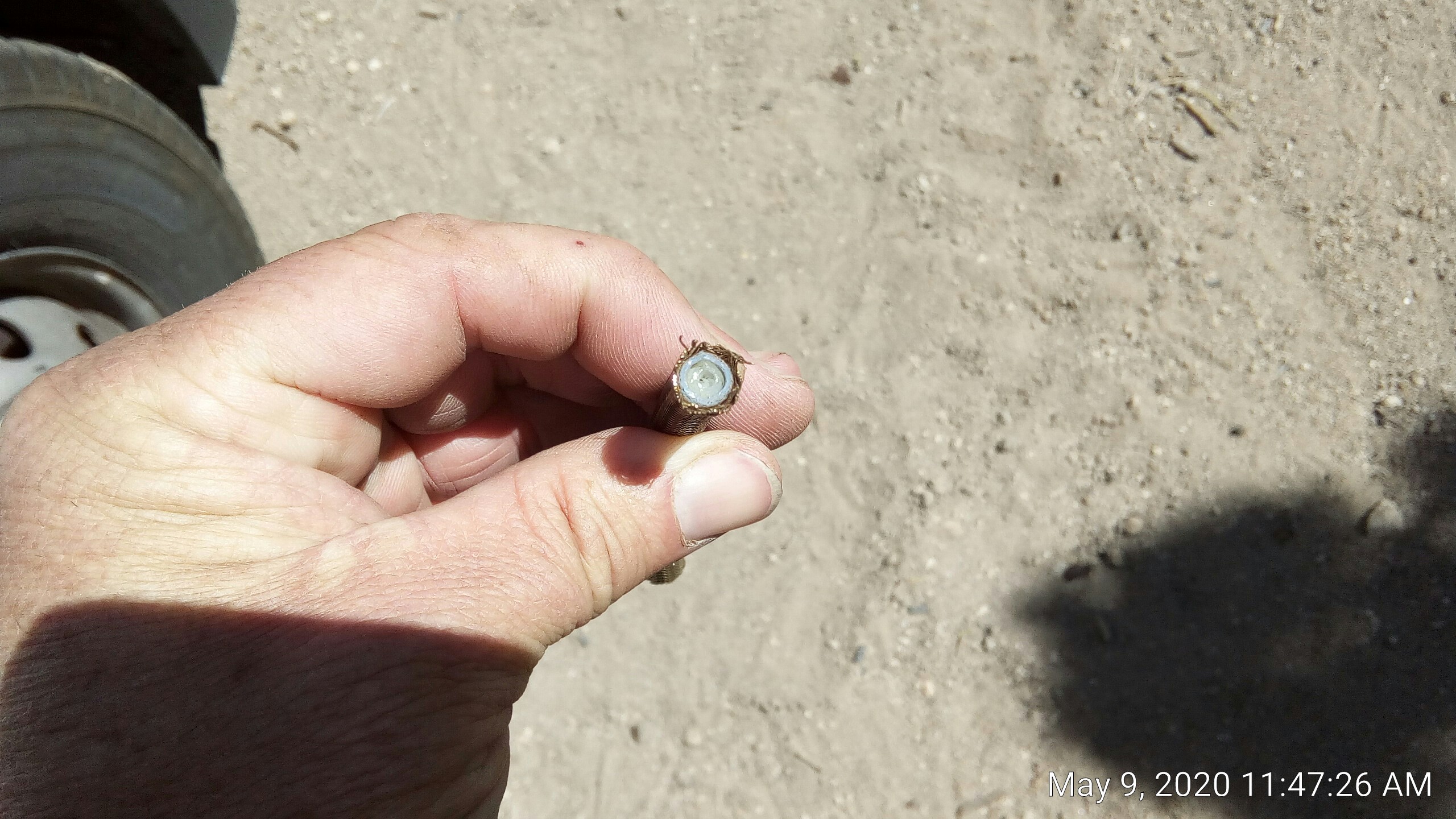 I think we’ve found the problem[/caption]

I don’t know what that is.  The only white stuff upstream in the area is the force-fit filter material that looks like the tiniest of marshmallows.

I cut the braided line with dikes because the ends of the line are clamped with brass sleeves that appear to have been clamped on with the edges soldered or spot welded.

Now I needed to remove those sleeves to be able to remove the old line, measure the (theoretical) barbs, and replace with new line.  The first one took about a half hour as I didn’t know what I was up against.  I carefully nipped and tore with the dikes and also tried a small cutting disk.  I nicked the end of the barb a bit, but no biggie.

After I knew what it looked like inside the second one came off in about 60 seconds.  I nipped into the sleeves from the side, just short of the barb’s diameter.  A few nips like that and it peeled off easily. 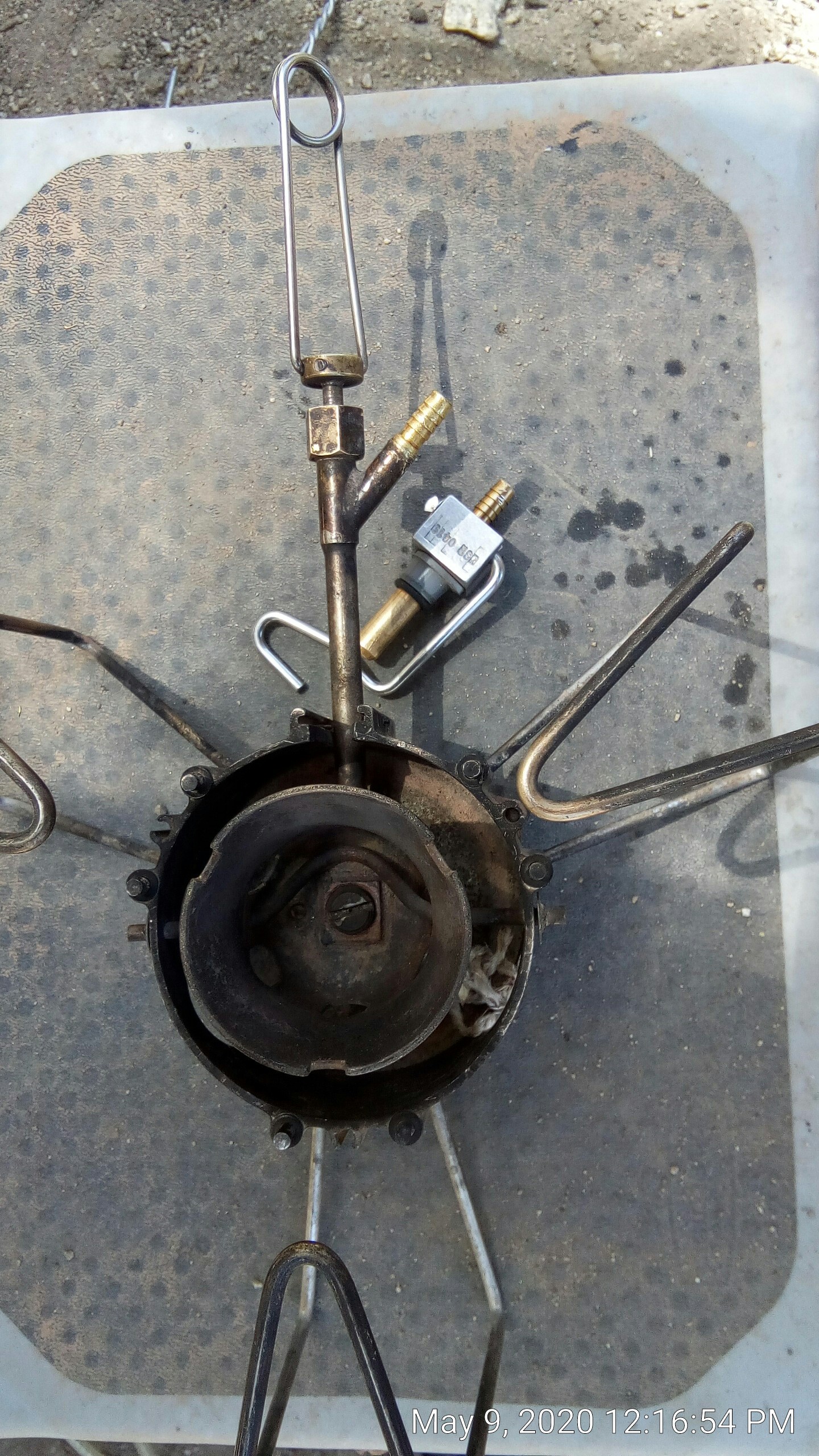 I’ll be using some regular clamps with the replacement line so it can more easily be repaired in the future.

I will be relocating/reprovisioning in the next couple days (mon-tues), depending on when my packet of mail is delivered to the local postmaster.  My 2021 vehicle registration sticker is in there.  When I am in town for that I will check a local hardware store for braided fuel line and clamps.