I watched the Cowboy game yesterday in the van.  The basic idea is my old laptop functions as a DVR, pulling OTA (over the air) programming from a OTA reciver.

Here is a pic of a previous game I was watching;  didn’t pause it for the pic so it’s a little blurry: 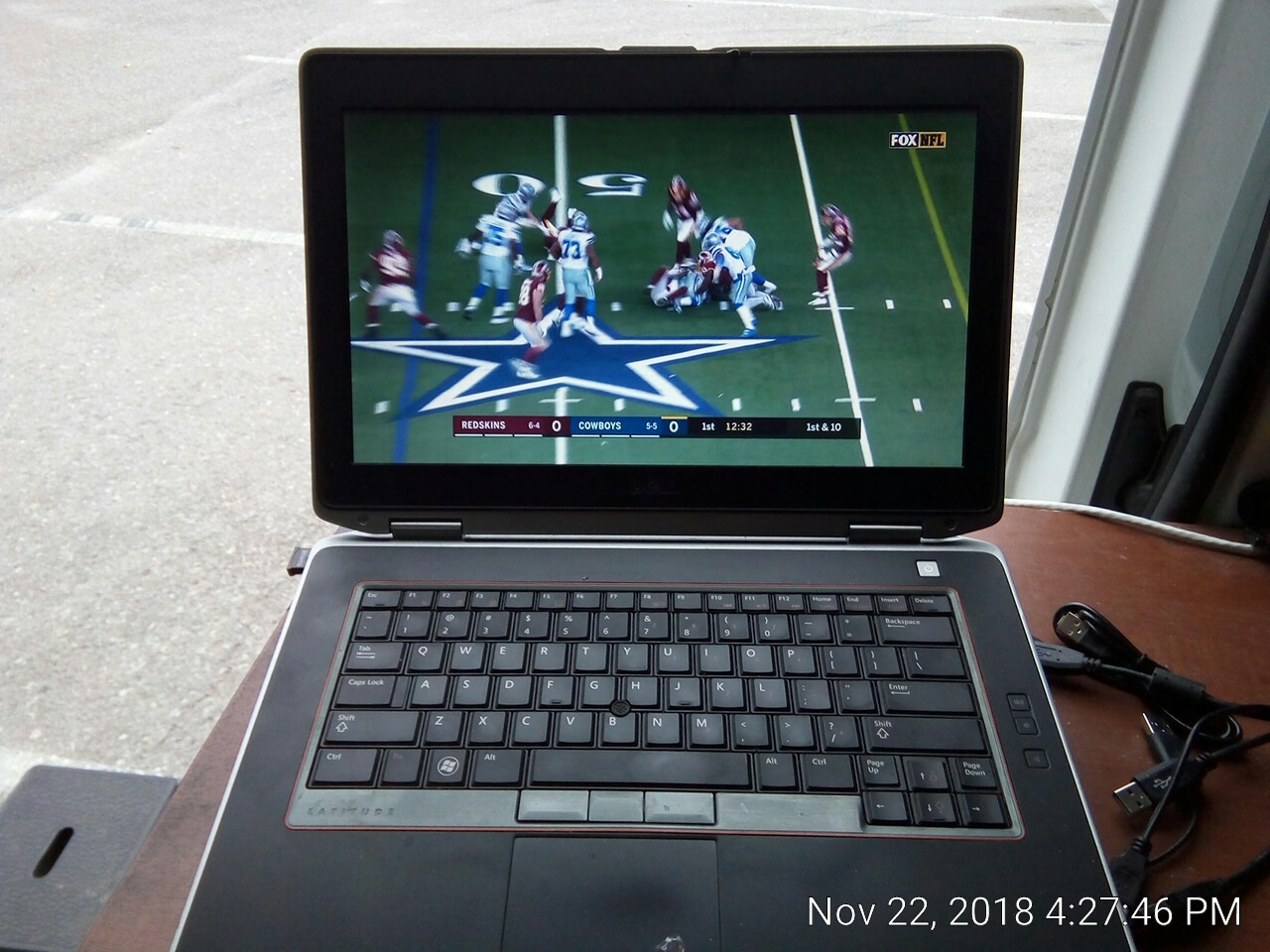 I have Watch Recordings chosen there but I the next couple of screens are from Schedule Recordings.

There are several ways to schedule recordings.  The easiest is with the program guide like you see on cable or smarttv menus.  In this case the guide info is strictly from EIT data broadcast by OTA:

EIT is sparse compared to full data delivered by a commercial cable company or a service like SchedulesDirect.

These EIT limitations hamstring Myth a bit.   With more guide data it can make better decisions about which airing of something to record right now, and which to delay because it will be repeated next week (for example).

But since the HDHR has two tuners it is unlikely to hit a roadjam in my usage.  Interesting tidbit:  main channels and subchannels can be recorded off the same tuner simultaneously.  So if you ask for shows that are on 14_1 and 14_3 in the same timeframe one tuner will be used and two different streams will be saved to the DVR.  I have mine set to max at 3 simulcast recordings per tuner to keep from drowning the laptop.  So theoretically that is 3 simulcasts X 2 tuners = 6 shows taped at once.

For cowboys recordings I use a different tool to schedule shows that have both “NFL” and “Dallas Cowboys” in the title.  You can specifiy SQL fragments if you want to get really precise and geeky.

Once you have found the show/series you want to record you get many options to play with if you want.  Otherwise a single button press will record according to your default preferences.  Here is one of the option screens:

You can bump priority up or down, extend recordings, avoid repeats (absolutely or just ones you haven’t recorded before), etc. On another screen you can pick how many episodes to keep on hand, how to expire them if the disk quota you specify is full, etc.

{adding this section later:  forgot about them until I started writing up the standalone box.}

Cordcutters can get excellent reults from OTA and free software.  The old tuner I bought is now available for about $50.  New styles are about $150.

I also experimented with a low-end tuner/DVR box; that will be the next post.