DC and I ran the first biscuit batches through the dogbowl oven (DBO hereafter) using the thermometer.

getting a sane temp

The biscuit package specified 350F baking temp, so I was aiming for 300-400F as Good Enough. The first step was to see what temps were in the empty DBO.

It’s not often you hit a mark on the 2nd try. 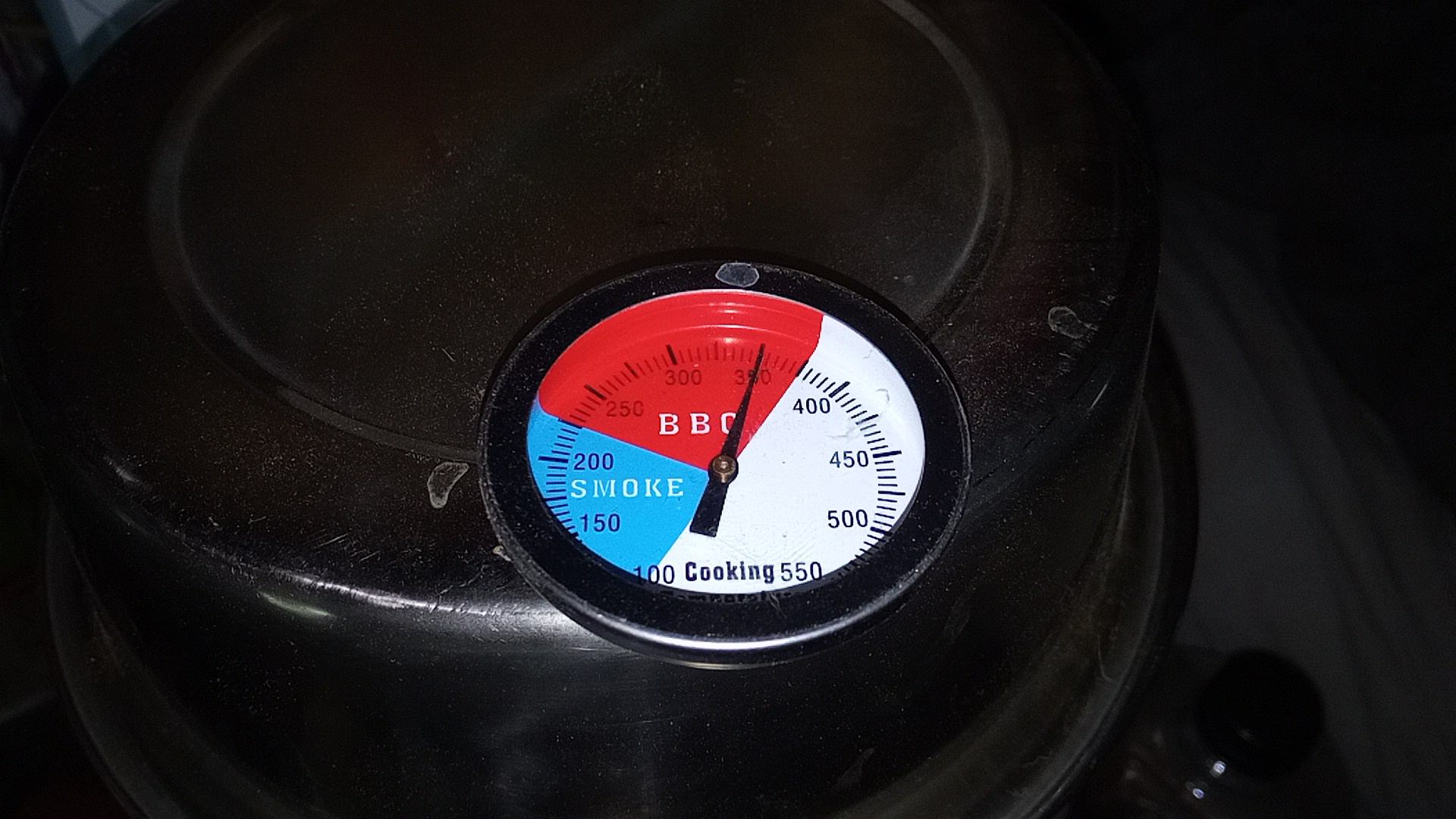 not photoshopped, I promise

Of course, with such a small area and such minimal thermal mass the DBO will likely not hold 350F when loaded.

We ran two batches of biscuits through the DBO . In both bases the loaded temp dropped from 350F to 250F. On the first batch we let them bake for about 20 mins until we could smell then.

The batch was done but slightly burned on the bottom: 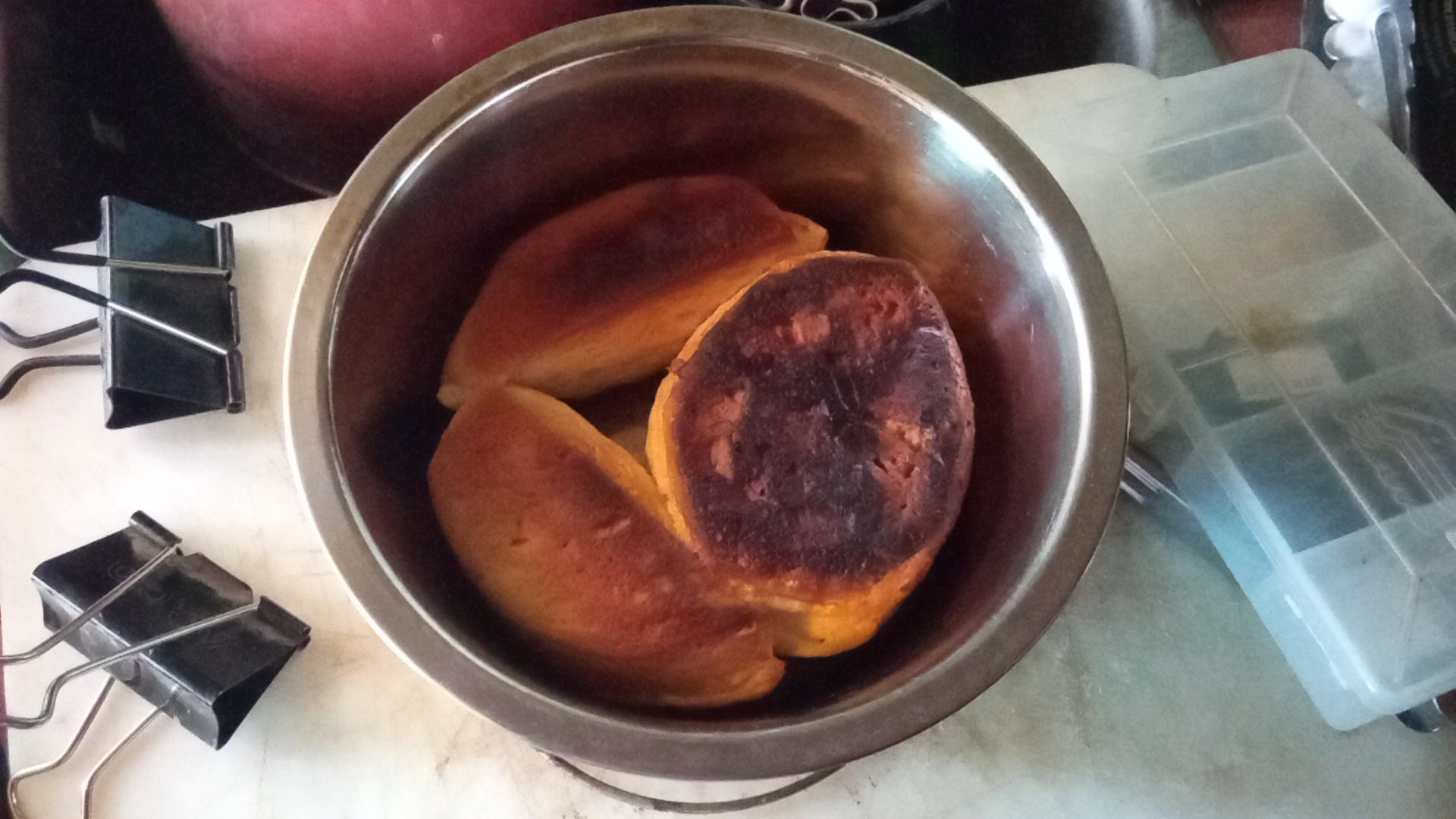 Not too far off the mark, IMO.

For the second batch we set a timer for 15mins, flipped the biscuits, and cooked another 5 mins. These were very good, no burning. They were so good we ate them before remembering to take pics. Sorry. :-( 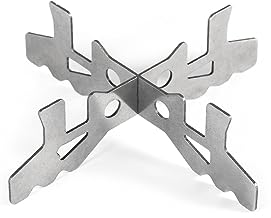 That “bake 3/4 of overall cooking time and flip for another 1/4” approach might end up being best but I’d really like to get a non-flip scenario working. I suspect the key is more insulation between the DBO bottom and the baking disk. In the present model air is the insulator (literal R1 insulation), so increasing the distance from the bottom to pan should help. I’ve got a camp stove stand (seen at right) in my Amazon cart but there is nowhere to have them delivered within 100mi. I guess I’ll have to keep looking for perfect-size rocks.

I cannot run the lab hotplate for breakfast because the batteries have to eat first. But it’s 11am local right now as I write so I decided to try some post-breakfast biscuit action.

After about 10mins the DBO stabilized at 225F when sitting directly on the hotplate. I was worried about the low temp but put a batch in anyway and set the timer for 20mins.

The DBO came back up to 225 and held temp. At 20mins I could smell the biscuits so at least the bottoms were done. I flipped them and set another 10mins on the timer. 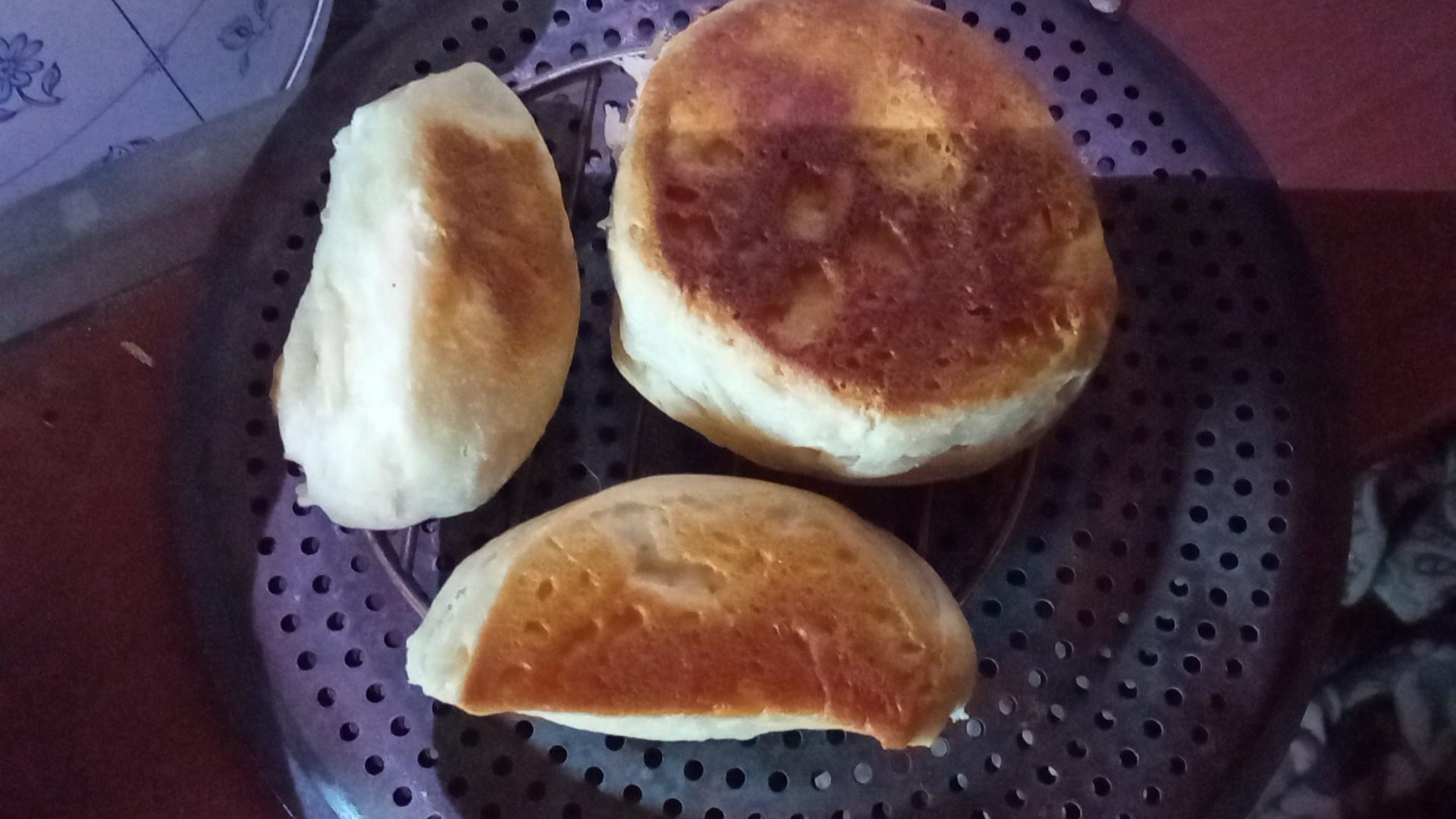 Excellent results but not practical for breakfast because of how I make power. It does suggest the lab hotplate can be useful for heating the DBO at low cooking temps. Mini eggrolls? Mini pizzas? This is a case where Lithium would work better because they don’t need to be up to any particular voltage by any particular time; they are tolerant of Partial Stage of Charge (PSOC) use.

DC was away from camp on an errand so I had to dispose of the biscuit evidence materials myself.