I assembled the dogbowl oven and heated it gently to watch the internal air temps. This run was limited by my having only a food thermometer that maxxes at 220F.

With the top bowl off I set the temp probe far enough in that the tip was in the center (in air). I marked the side of the probe with a sharpie so I could tell from the closed oven when it was in the correct place. This meant there was a small gap where the probe was inserted between the bowls: 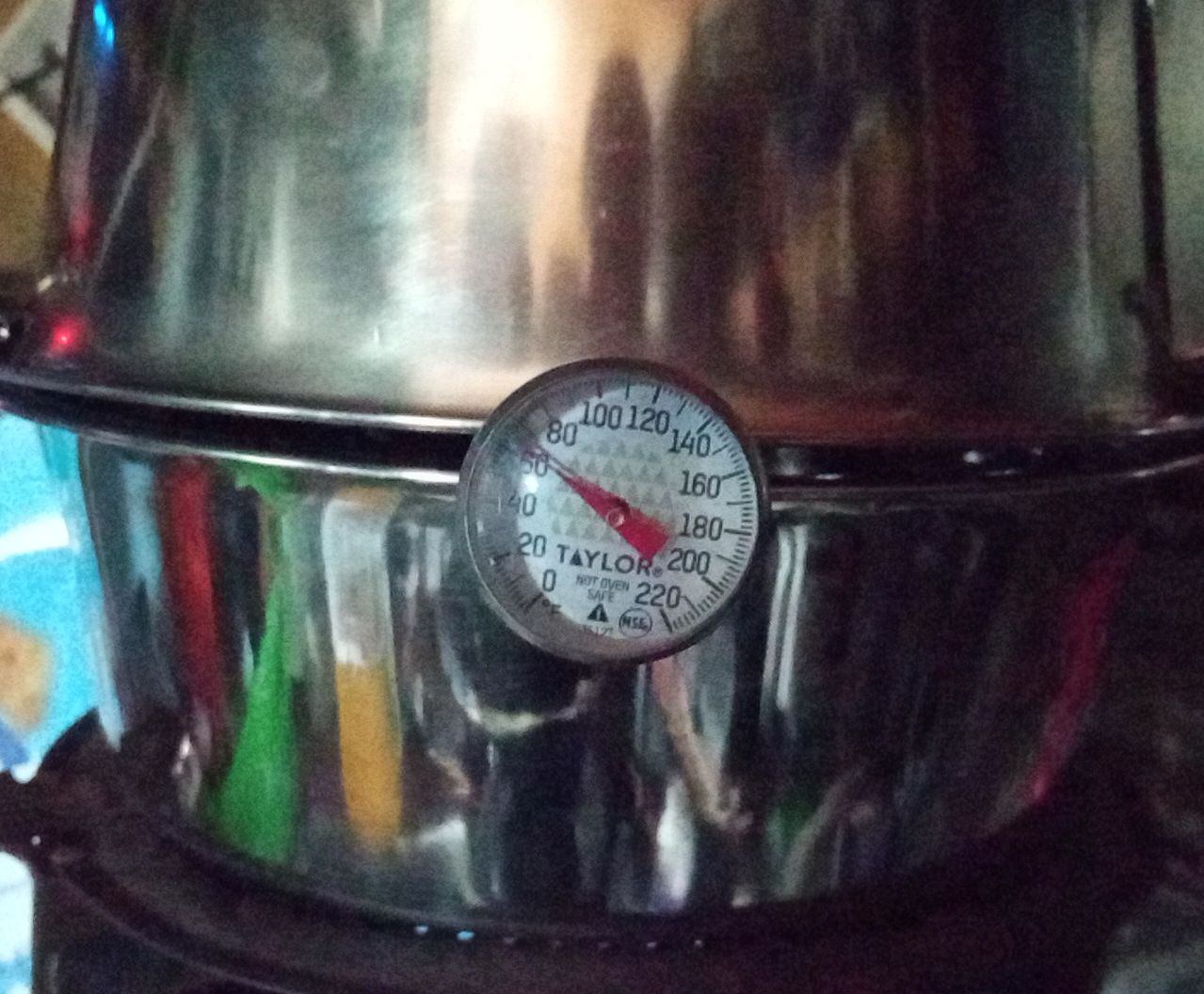 I set the propane stove to the lowest it would go and still hold a good flame, added the diffuser, and set the dogbowl oven on top. There was only the spacer and small bowl inside for this first test.

I yanked the probe at 5 mins as we were right up to the 220F limit. I did not want to damage it with heat beyond its normal range.

I tried to use the IR temp gun but the polished stainless would not give up accurate results. I think this is due to lower emissivity. I tried looking up relevant numbers for stainless to adjust the observed temp reading but the values are wildly different for even seemingly-similar forms of stainless. The wiki article says one can

...measure the temperature of a reflective surface by applying a non-reflective paint or tape, with some loss of accuracy... > >

but I suspect oven temps would be bad for tape. High temp black paint maybe? 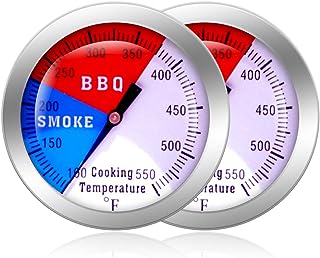 The BBQ thermometers and some other stuff will meet me in Farmington, NM next week. It’s the only place I found (quick look) between ALB and SW Colorado. No Amazon hubs/counters in Cortez or Durango, for example. Farmington is on the way anyhow.