[I’m stacking up experiment ideas faster than I can execute them. I’ll catch up, I promise. ]

What I need is a low-powered hotplate. 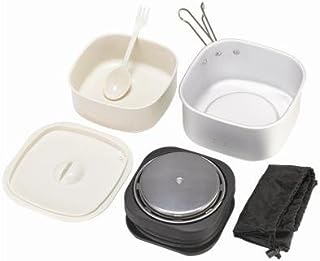 I saw a webpage where another person was looking for low-wattage hotplates and stumbled across the Japanese travel cooker market. They tended to be in the 250-350w range with no temp control and were quite expensive due to vintage status. Here’s a report on using a rated vintage 360w Sanyo kit from the Ford Transit forum.

The most popular modern version appears to be the Yazawa kit shown on the right; I can’t find a wattage listing for it. And I don’t need the cooking implements.

There are also standalone 500w mini-hotplates that have temp control, but that’s more power than I usually have to spare.

The original webpage went on to talk about small laboratory hotplates available on the surplus market. Interesting. The wattage range was right, but the temp adjustable ones were in the $80 range. Ugh. Fixed-temp 330w ones were about $25 shipped, so you know what happened: 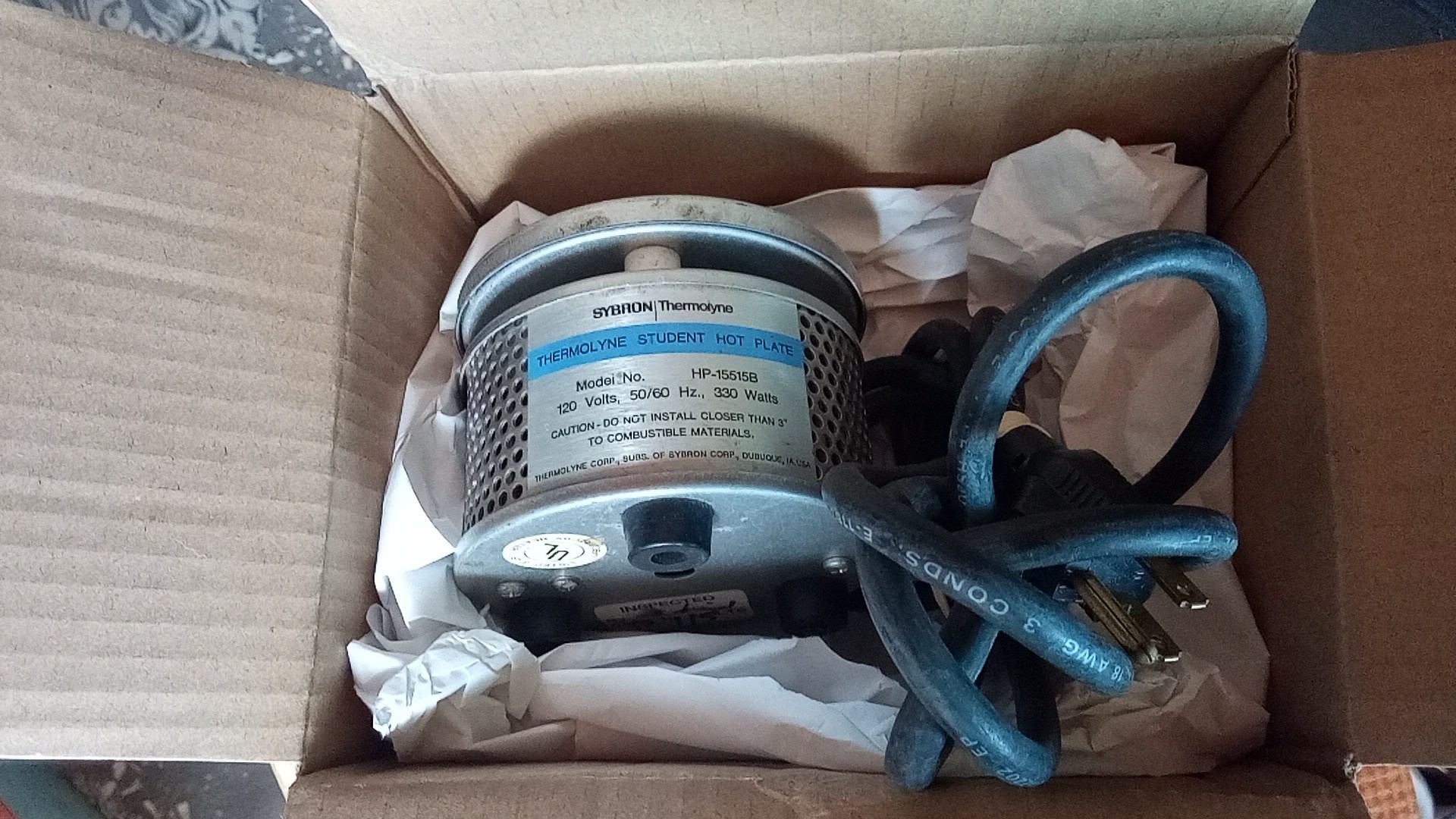 This is a student laboratory hot plate hardcoded to 750F (electric stovetop coils glow red at about 1250F). I have a spare MSW 400w inverter that I’ll set up to run this beast. There are not digital electronics inside that should mind the rude square waves. It’s too much for my usual 300w PSW inverter.

It’s rainy today so I won’t dig out the 400w inverter; already running the crockpot to bake a loaf of bread.

Now imagine that setup combined with an external temp controller, like the one on the right I used in a DIY chicken egg incubator. I got 12 of 13 healthy hatched chicks out of my first attempt (the 13th egg was cracked in shipment from eBay and unlikely to be viable). That’s an egg-cellent hatch rate (groan) so I was very happy with the thermostat’s performance.

In this ancient video you can hear the relay click ON/OFF and see the heat lamp being triggered:

That controller can handle 5A at 110v, or ~550w. If we used the thermostat the cost would still be 1/2 the cost of the ones with heat control, and we’d be able to control simmer temps, warm a bowl of dough (or run the crockpot) at yeast-friendly temps. The sensor and logic on that one maxes at 212F.

The big brother of that controller is $30 on ebay and handles 25A @ 110v through a separate relay. It can control temps to 750F. That’s well beyond what we’d want the dogbowl oven to reach, but it might be nice to set the oven at 400F or something.

I’ll play with this stuff after I get some propane stove testing done with the dog bowls.