Yesterday was overcast with snow:

Today was forecast to be much warmer, but skies cleared by night so I knew it would be a cold one. I turned up the mattress pad to 3 (of 8). It was in the 30s in the van this morning after an hour of sun so I imagine it was in the 20s overnight. Stuff is definitely frozen outside.

Because of the cold all the mammals slept in until 9am. By then the van was warmed into the 40s and the house bank was already in Absorption (!), 368w and falling.

I took Muffin out to water the grass and we scared off a small, slender brown owl who flew down into the nearby creek.

When making coffee solo I usually load 20g of coffee into the Melitta drip cup and dispense directly into a 20oz insulated steel mug. DC drinks one cup of coffee so I needed to alter my process for 30g of coffee. It was too much volume to catch in the 20oz mug so I started dripping into a quart mason jar. The issue there was the coffee cooled too much during the minutes-long drip process so I started wrapping it in a bandana.

DC tired of watching me flounder and knitted a cozy for the quart jar. Here it is in the act of creation, during the first fitting: 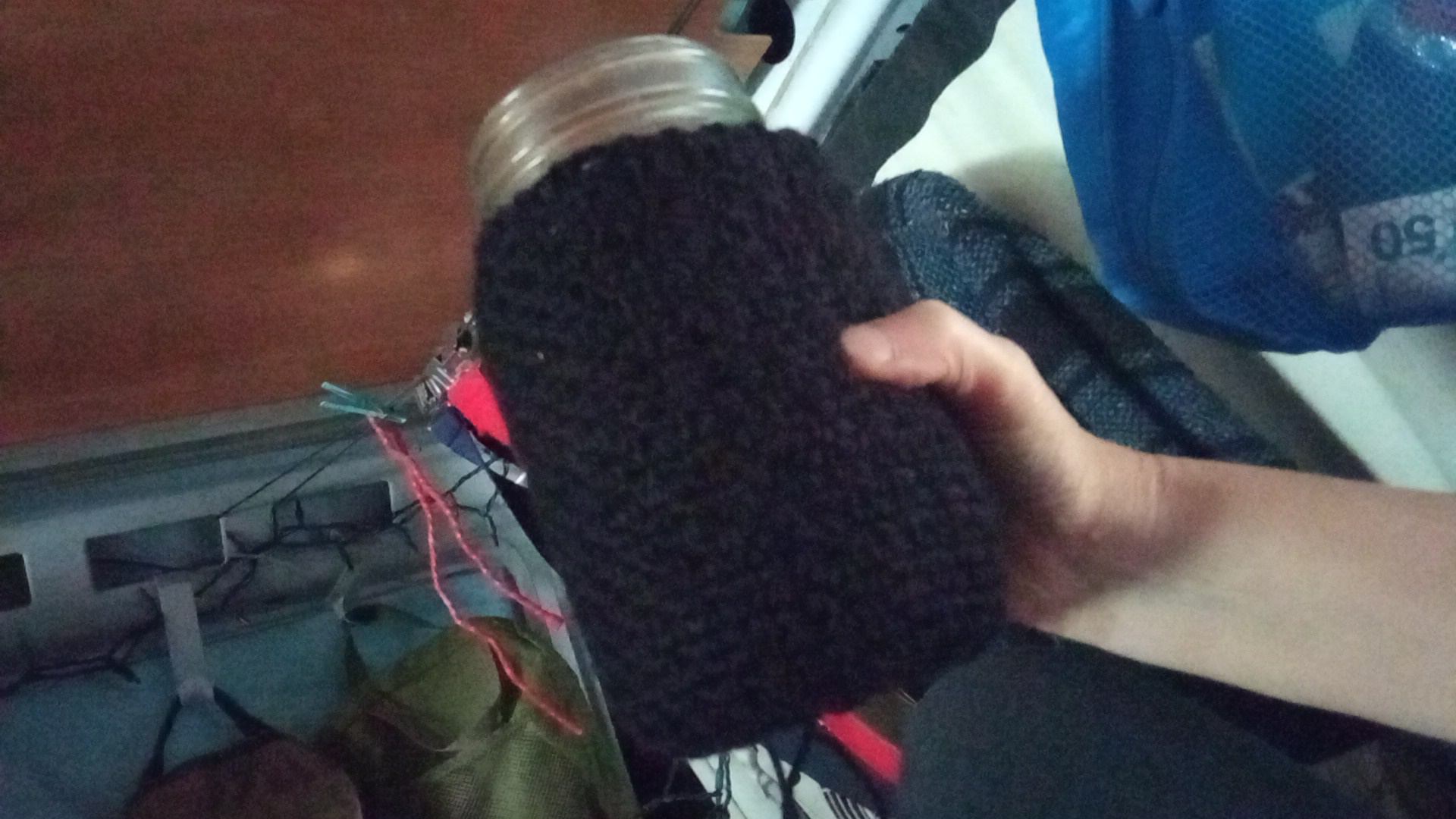 Srsly, what kind of wizard can whip up something like that on a whim and OUT OF STRING? I am going to keep a careful eye on this one going forward, no telling what powerful magics she can muster.

Today is the 19th. I have to be back in ELP by the 26th for my 2nd Moderna shot. Tomorrow is my final day here in this campground, although DC arrived 2 days later so I think it would be kosher for her to remain.

I haven’t figured out my meandering path back to ELP yet but it will likely depend on weather. It will be a little warm there (~80F) but I have the swamp cooler set up. Here’s ELP 10-day:

I’ve been sending Amazon packages to my forwarder in ELP and will pick them up while I am there.

I might stealth ay a few days in ELP after the vaccinje if weather holds, but I suspect it will warm and I will need to seek elevation again. DC and I are comparing maps/schedules to see where we meet next.

The new array gets the bank into Vabs so early I reconfigged the main controller to stop “floating” at Vabs and return to something closer to normal. East Penn (who made this Duracell-branded bank) allows up to 12 hours float at 14.1v (!) so I’ll try that.

I’ll leave the portable’s controller on eternal absorption because if I need the extra wattage I’m (by definition) having problems meeting demand. Colorado’s forest might put this arrangement to the test.