So while I am motivated by Kaylee’s crockpot bread experiments I am obsessed with cornbread. Hence this experiment. I was not optimistic.

Based on the Crock Pot Corn Bread article.

Combine solids in bowl. Whisk liquids elsewhere, and mix into solids. Line crock with foil, pour in batter. Cook for 90 minutes on high. Cool on rack as long as you can stand to wait with the cornbread taunting you. Apply butter and eat like a starving wolf. Have zero remorse.

I thought I had all-purpose flour in the van but I guess I tossed it. I did have whole wheat flour which I bought to follow Kaylee’s lead, so I used that 1:1. I didn’t have cooking oil but I do have lard right now so I substituted that, weighing it first then melting it gently and cooling somewhat before combining with other liquids.

The recipe called for corn but I forgot to add it and I’m not that keen on inclusions anyhow. I don’t carry fresh milk so I mixed equal parts evaporated milk & water. Dunno if that’s right but that’s what I did.

I used parchment paper instead of foil.

Cranked the crock up to HI (150w nominal) and after about an hour the tell-tale aroma of cornbread wafted about. My expectations increased somewhat. 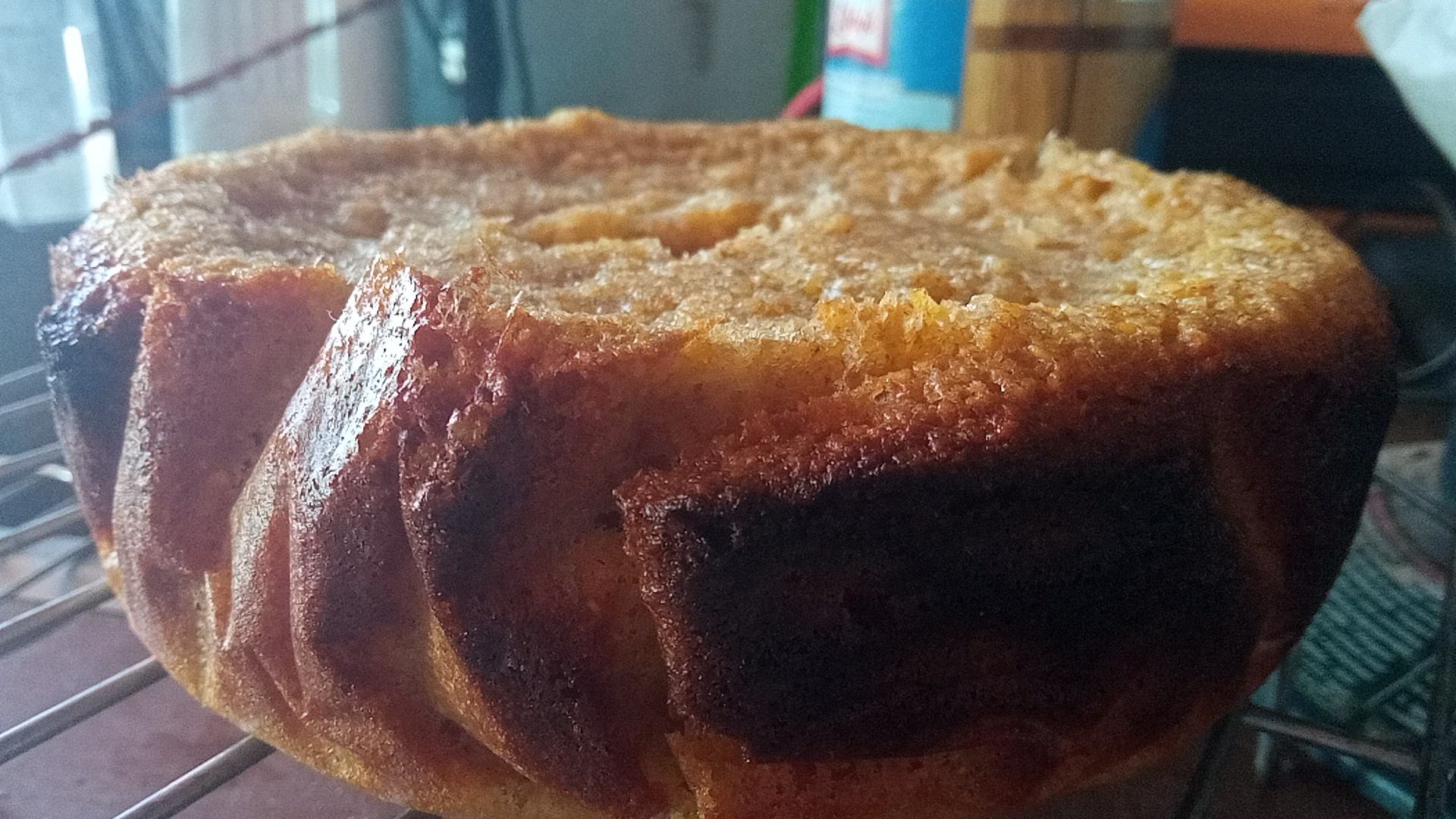 ignore the divot in the middle; I was trying to see if it was done. 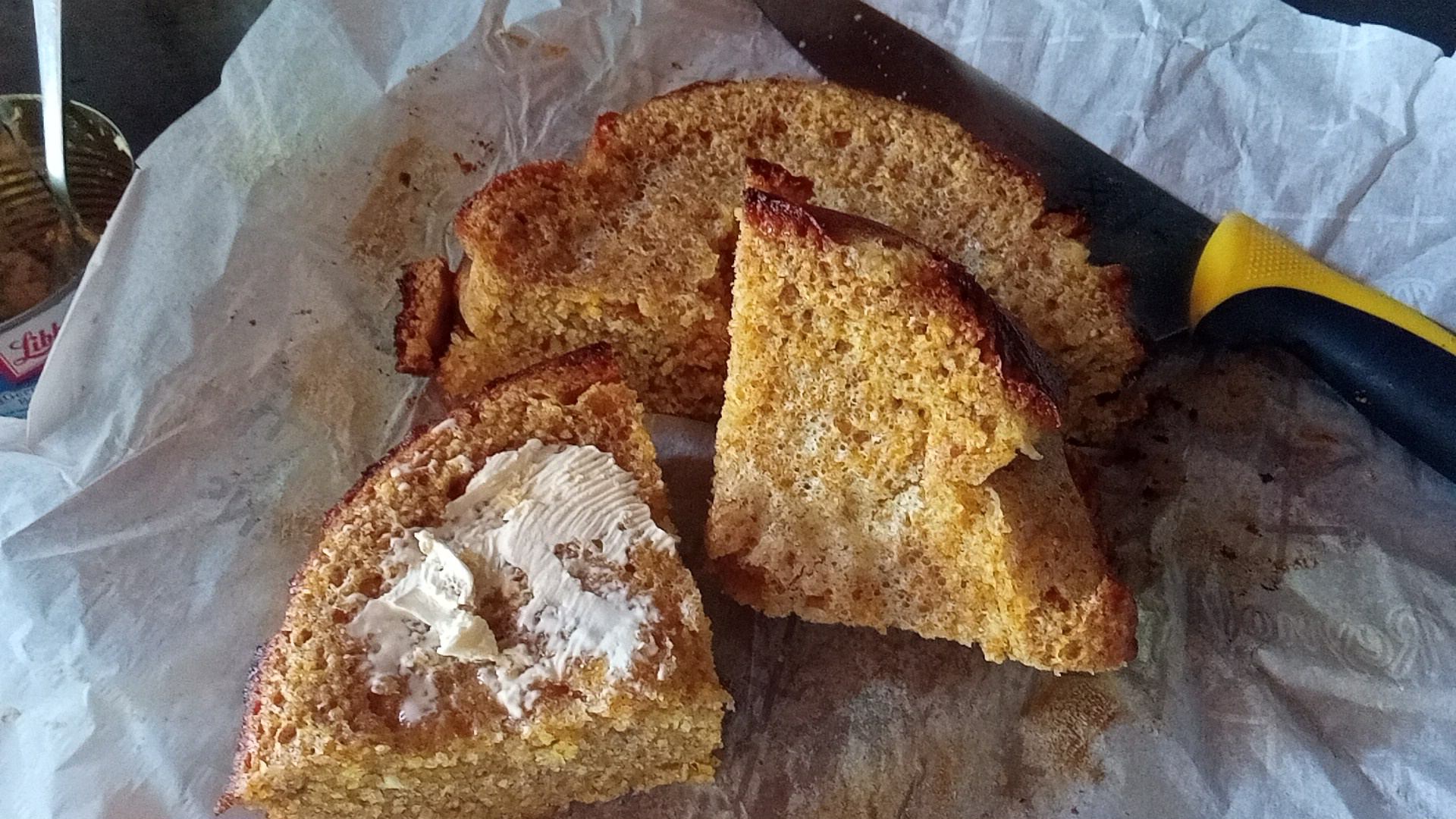 cornbreads were harmed in the making of this blog post

Full disclosure: I wrote this after I ate half the d%mn cornbread. I measured the other half and it was 9.8oz so I ate over a half-pound of cornbread. And to quote noted philosopher Michael Stipe, “I feel fine.”

The resulting puck is 7” in diameter and 2” thick, quite heavy in the hand. The whole wheat flour contributes, I think, to increased “tooth” and a coarser, more rustic texture. I rather like it. Different than finer cornbreads but just as good.

This was a shockingly good result for a first test. I would offer some to a stranger or friend and not make any excuses for it.

I want to try aluminum foil, too, since significantly cheaper and more widely available.

I’ll probably start an rvwiki article on converting American recipe measurements to metric/weight and add equivalents as I look them up.