I don’t know if I had mentioned this before, but my tax refund was direct deposited on the Feb 24th. That’s less than two weeks from the Feb 12 e-file date. Interesting, and also timely because it means I can put off the next 457 withdrawal a while longer. It’s going to be close treading water until early SS at 62 and every little bit helps. 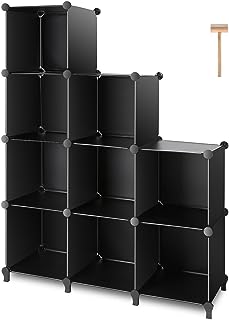 My food and clothes storage is on the driver’s side wall between the fridge and battery bank and will end up in at least three phases:

The chest of drawers has been difficult to find but I found a heavy coffee table thing at Goodwill yesterday. The length and width is right, but since it’s a coffee table it’s quite low (24”). After I looked at it a while I figured out I could stack the bins on top of it and have room both on the floor beneath (shoes?) and on the integral shelf (backpack, extra coffee, gym bag, etc). At $29 it was more than I wanted to pay but since it was built like a tank I went ahead and did it. 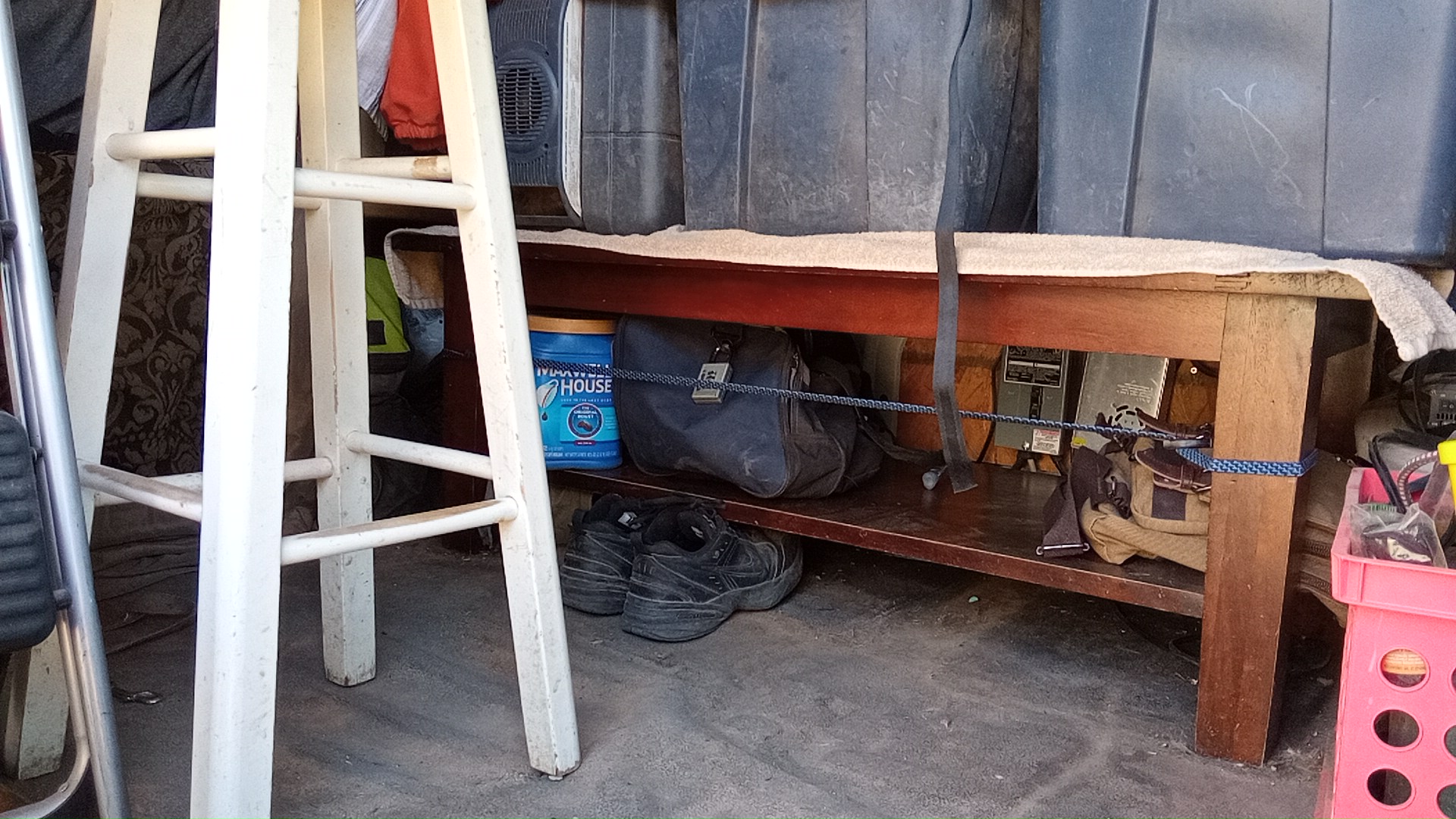 It was lots of fun wrestling it into position and Muffin was a Big Helper. The top surface is glossy and slick – I’ll add some of that rubberized drawer liner material to minimize shifting. The bins are strapped to the wall.

I’ve been looking for a small used crock pot to try some opportunity load cooking. It was a relatively relaxed search until I saw this crockpot whole wheat bread and couldn’t stand it anymore. I think that loaf is based on this recipe.

With the added storage under the coffee table I splurged and got a full-size crockpot (Rival 3120 in Corning blue floral pattern) at that same goodwill. $8 was over my $5 mental max but what the heck, tax refund. 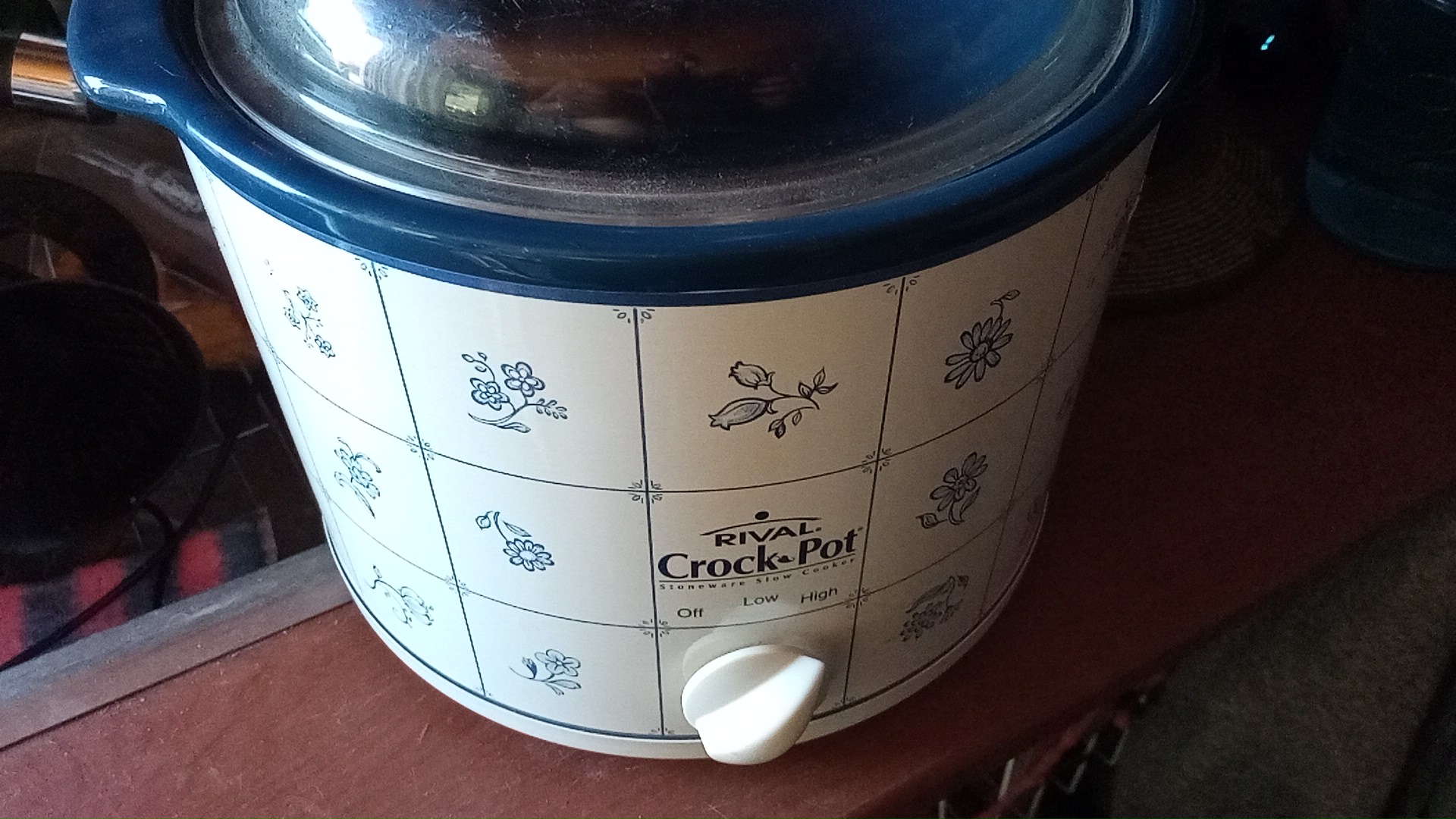 I haven’t put it on the Kill-a-Watt yet, but it’s marked 75-150w. After inverter losses it’s probably more like 90w-175w. I’ll let you know when I dig out the kill-a-watt for real testing.

According to _The Joy of Cooking_: To adapt standard recipes for the slow cooker, estimate 2 hours on low or 1 hour on high in a slow cooker for every 30 minutes of cooking time in the original recipe... To compensate for the steam that will collect, decrease the liquid called for in the oven or stovetop recipe by 1/2 cup. > > https://ask.metafilter.com/278260/Stovetop-simmer-crockpot

Additionally, participants estimate it takes about an hour on HI to get water just to a boil. This page tested a couple and found it took 2-3hours. So either pre-boil water on the stove or avoid foods that need to be boiled, I guess. Given good sun conditions I should have spare power to run the crock on HI from noon-5pm.

During my initial testing I noticed the outside of the crock was very hot. Thinking about insulating with a cloth tee to see what that does to power consumption and boiling speed.