I was out walking Muffin yesterday after lunch, heading vaguely toward the hills to the NE where the American Girl Mine was reported to be. I could barely make out a dark spot on one hillside that looked too regular to be natural.

Spoiler alert: it wasn’t the AGM but a small surface-mining operation I think. Here’s the overall layout of the walk and where I now know the AGM to be:

My camp is at the red marker, the pics that will follow are from the dark spot just above the center of the pic (to the left of the open rectangular space, a pit mine I think), and the AGM abuts the dark streak (standing water?) near the Obregon label. So I was about halfway there by distance, but nowhere near in terms of difficulty; I’d have to traverse some pretty good hills. I think it would be doable as a day hike if I were 100%, but even after yesterday’s level and relatively short outing I am paying the price, knee-wise. It didn’t hurt at all until I made it to the turnaround, then I could tell I’d be overdoing it. Need to stick to shorter outings a while longer. Dog walks will be the max.

When I got nearer the Dark Spot I could see it really was some kind of mining timber (right) and there was more low on the left: 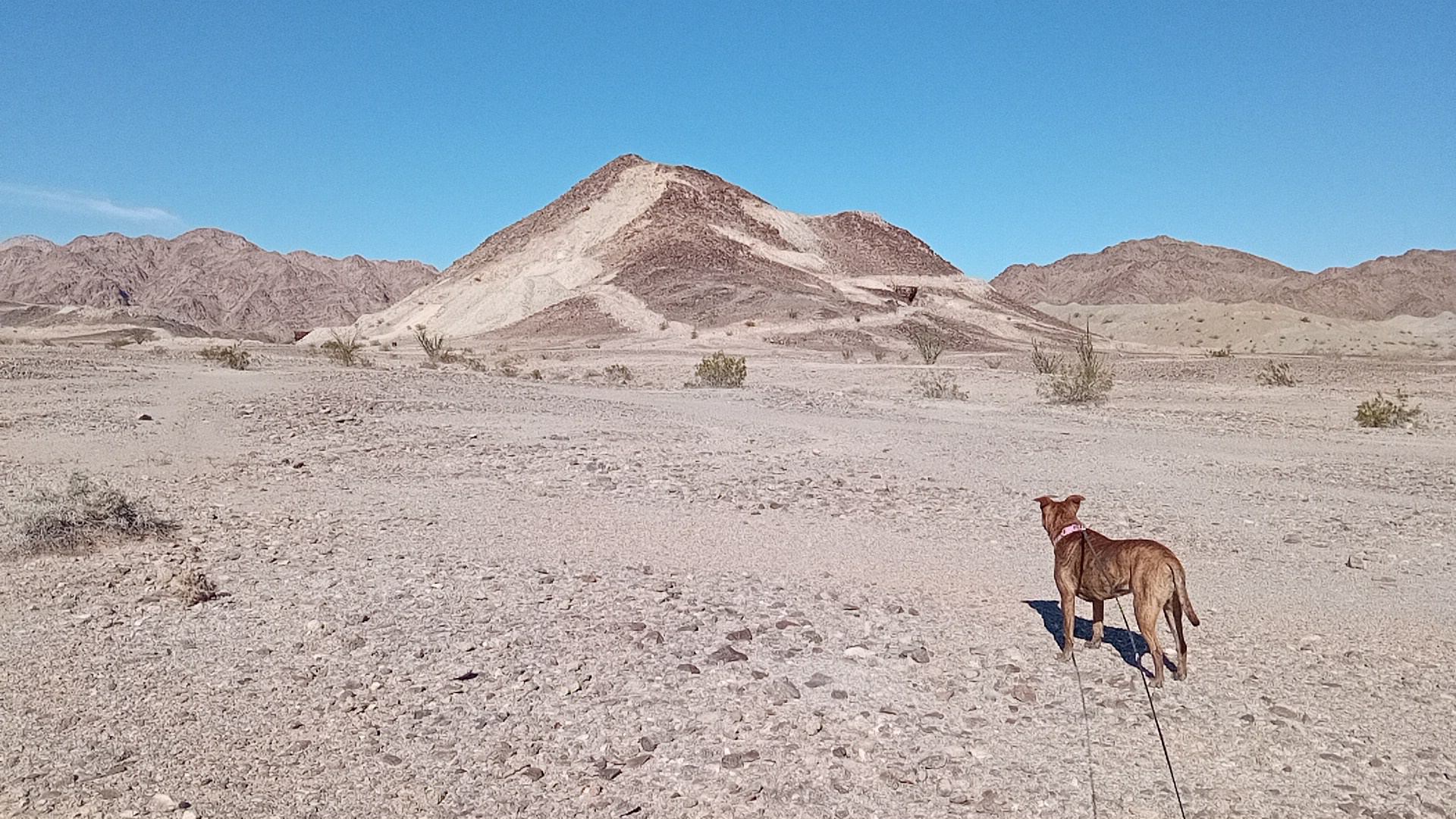 My uninformed guess is that these giant hoppers allow miners to break loose surface material which then rolls down into the hopper, and from there through a chute into trucks: 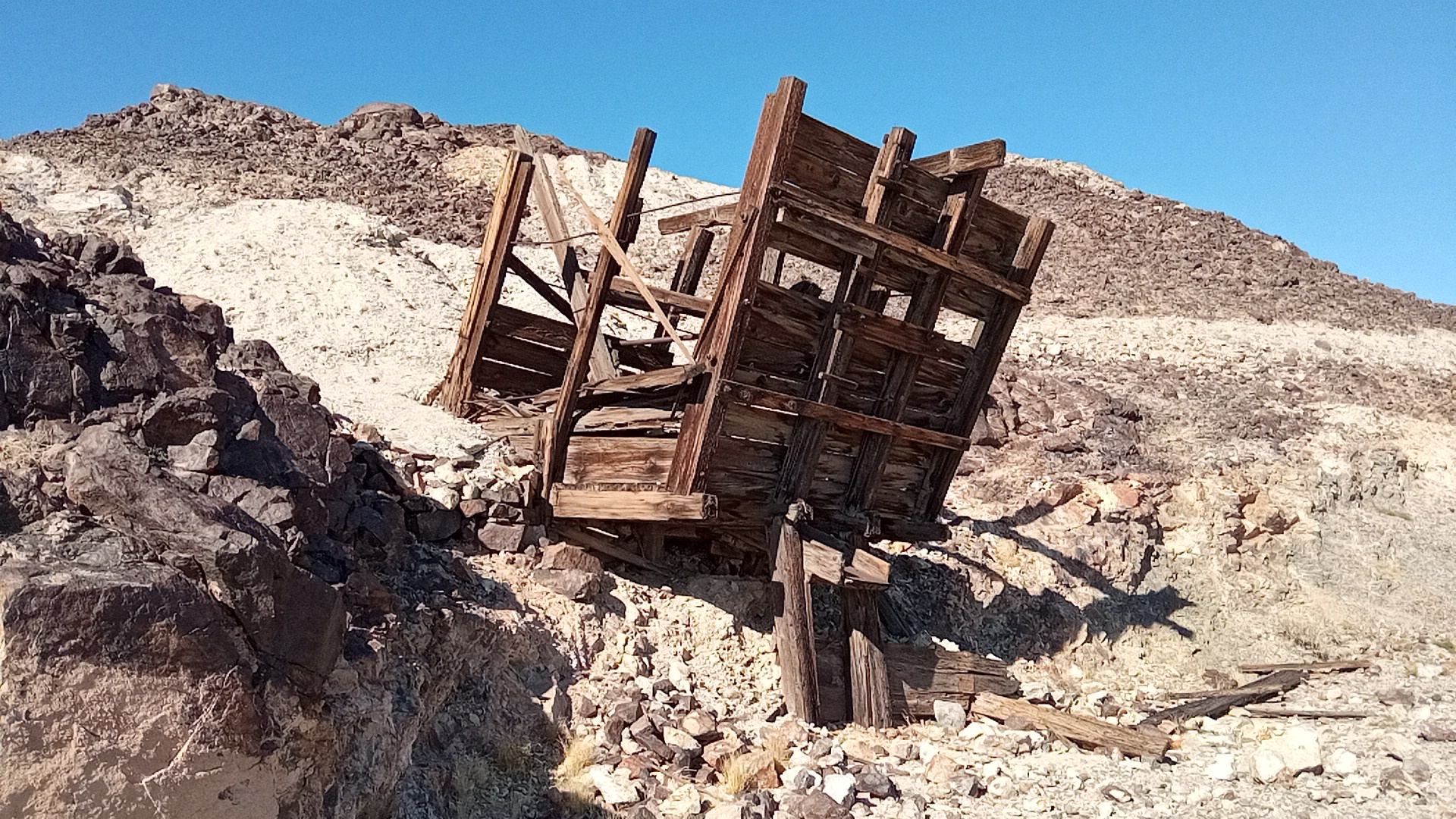 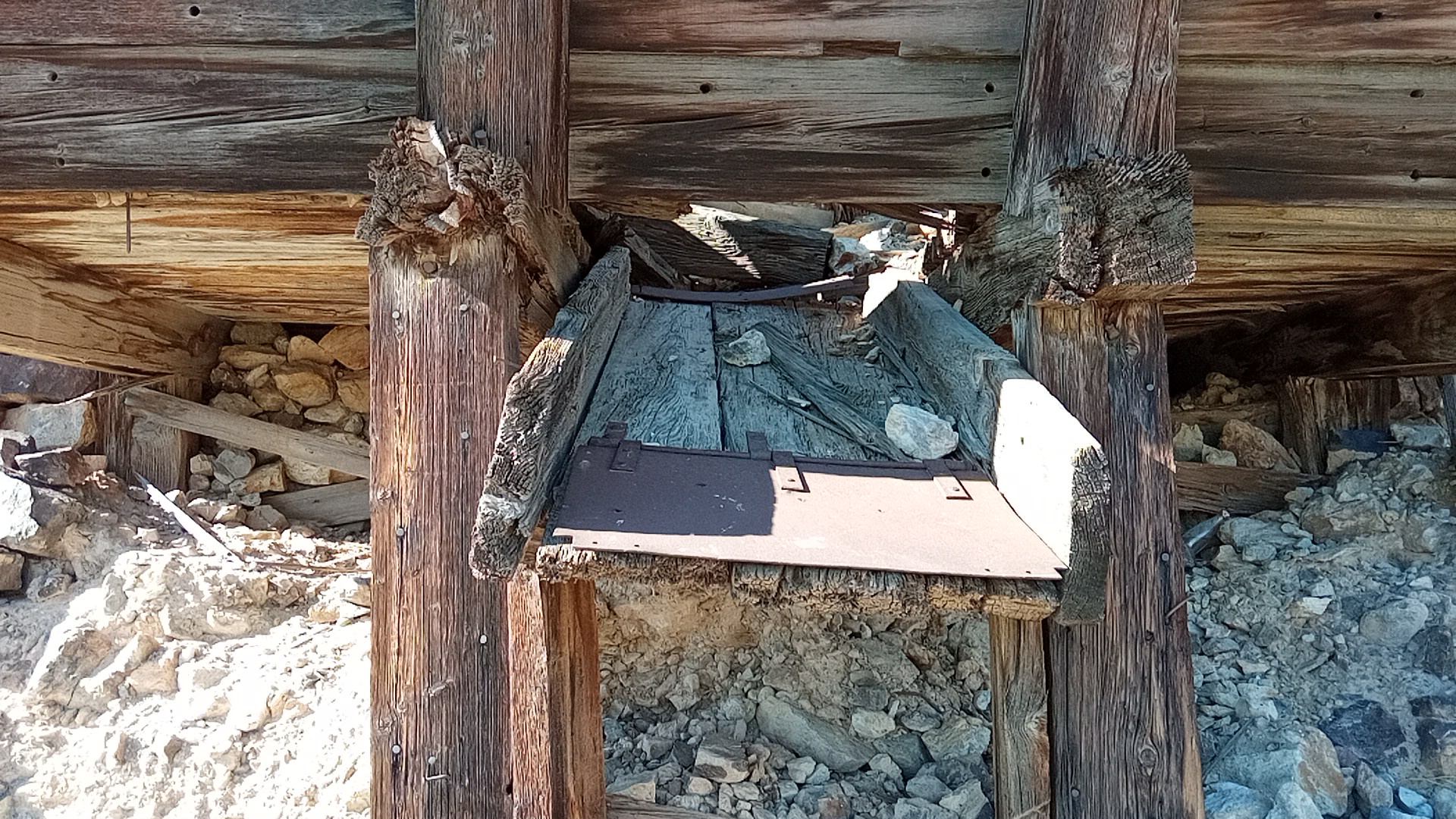 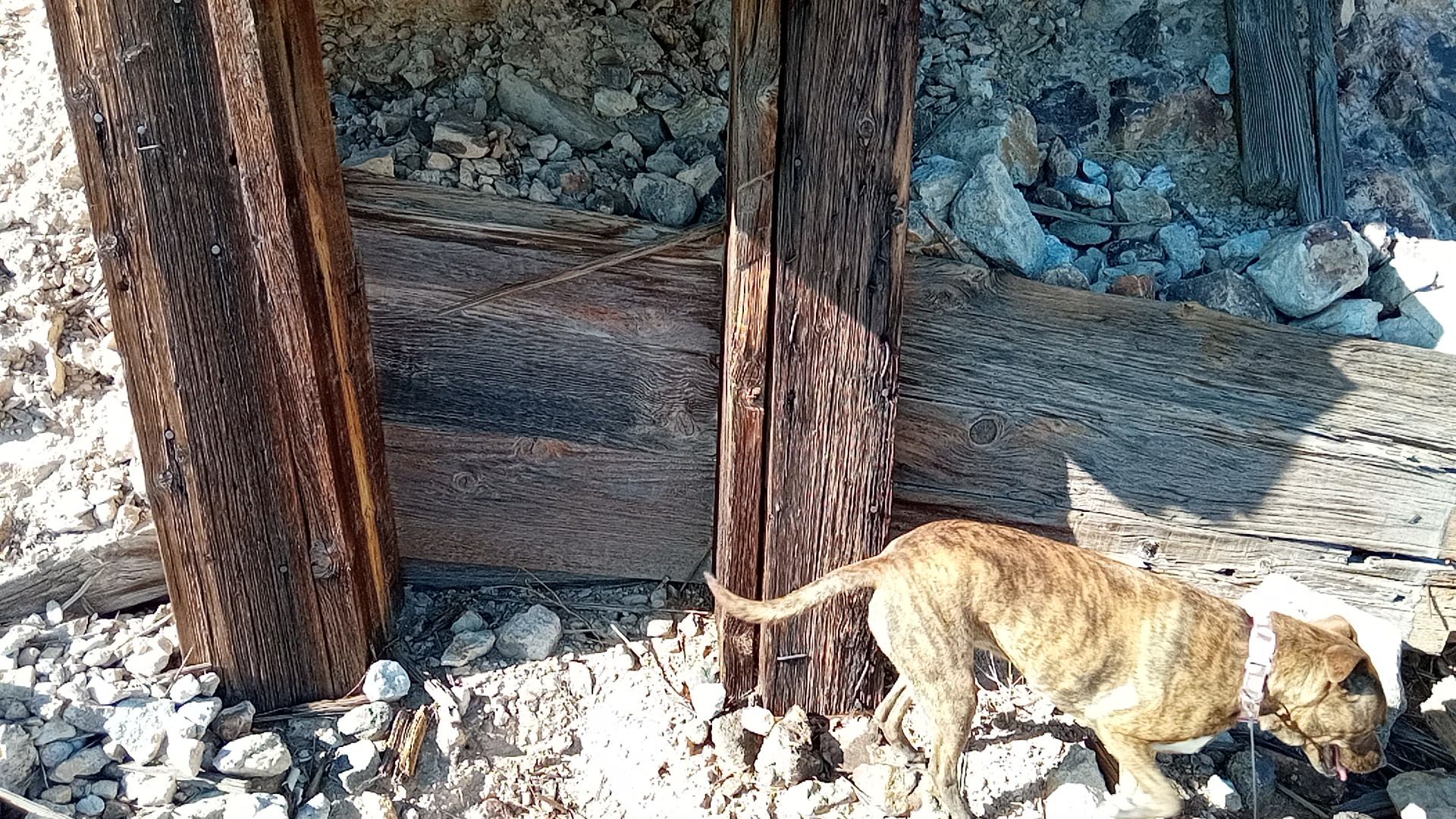 The ground is littered with quartz with lovely sparkles and what looks like metallic inclusions. I have read that gold veins can be associated with quartz formations, so maybe these quartz chunks are tailings. This pic, disappointingly, does not show any of the relections visible to the eye: 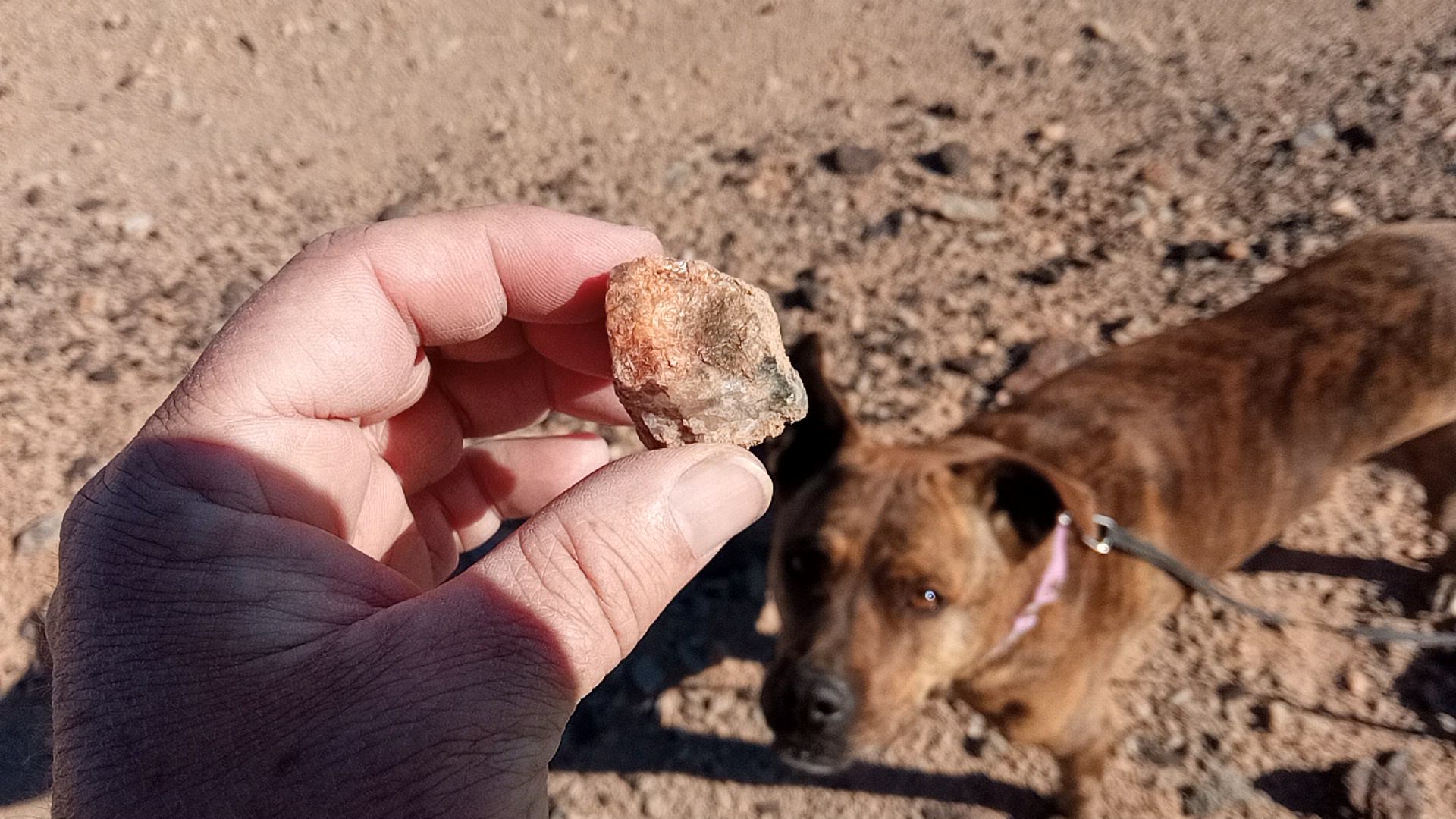 We walked around the backside of the hill. The lower hopper as seen in the first pic: 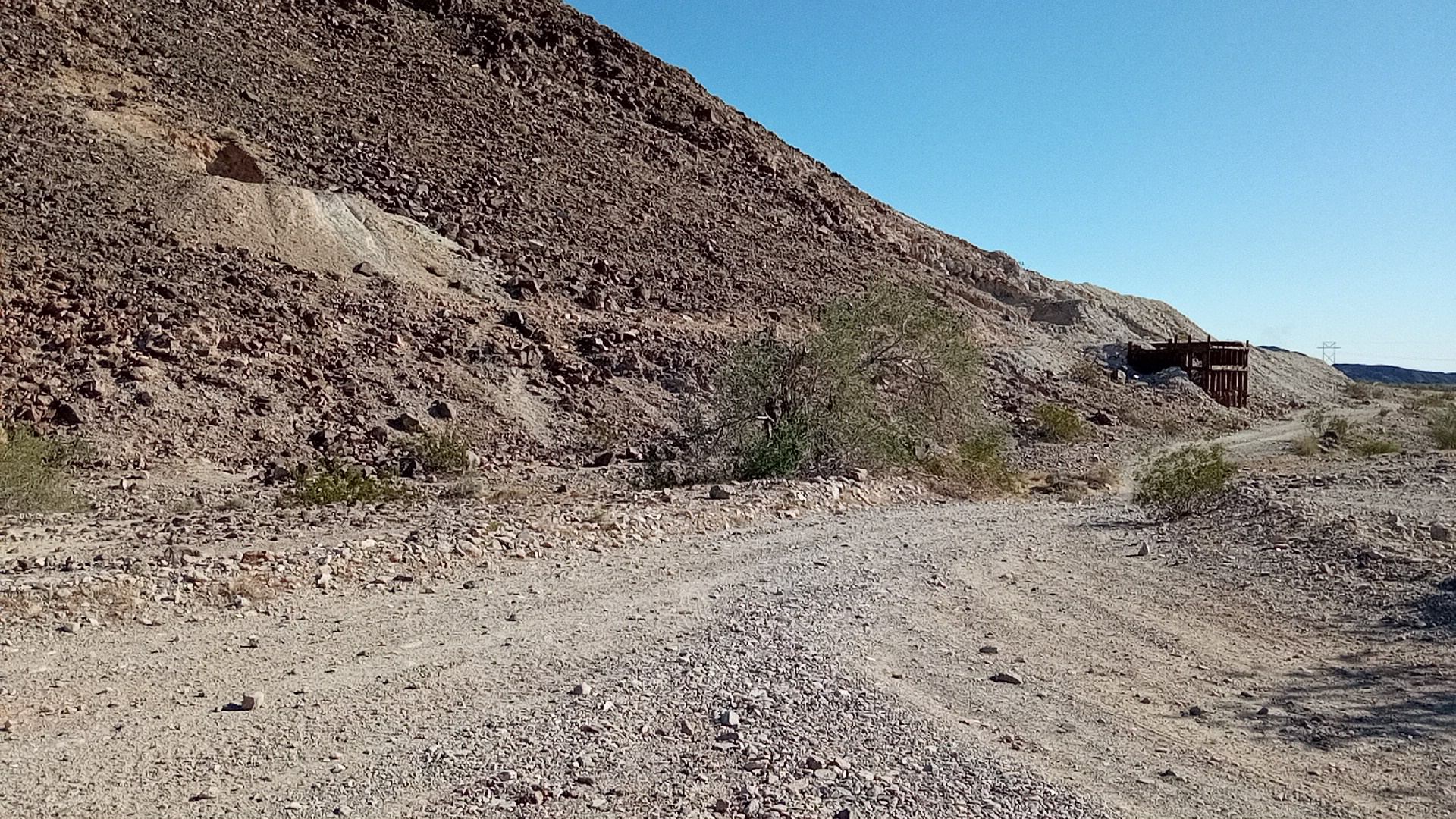 Emerging from behind the target hill meant we were at the turnaround and going to head home. The campsite is “thataway”, and is too far away to see even as a speck: 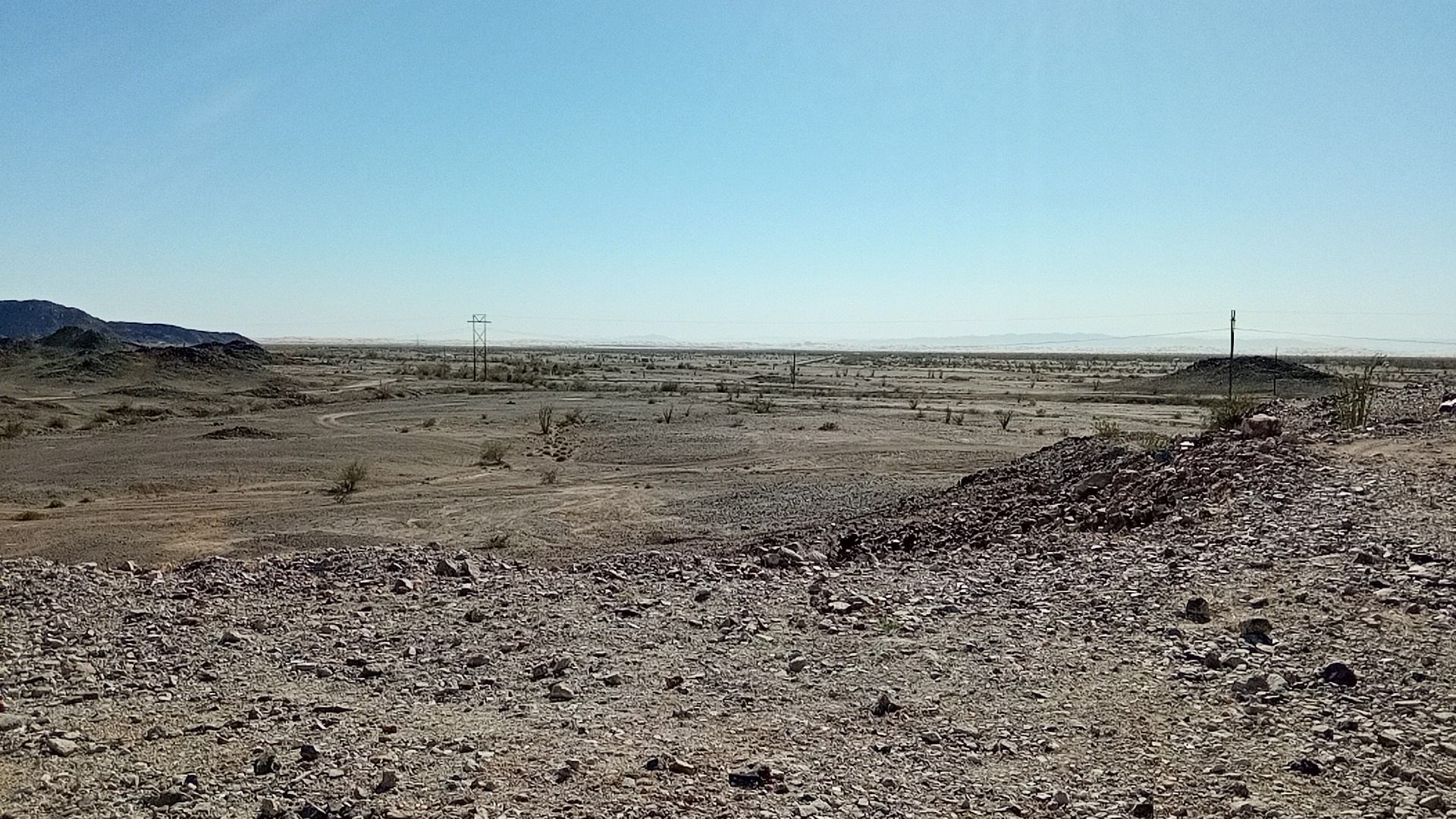 We hit a geocache on the way back. I was glad to be back at camp and Muffin flopped over in the dirt.