DC and I had an unexpected relocation to the Grand Junction area yesterday. I was quite worried that a move on the edge of an extended holiday weekend would be problematic but she found a pretty spot just off CO141:

I am grateful for the port in the storm, as they say. There are some logistical challenges, though, that I will mention for potential vandwellers who are pondering how sites are selected.

Ambient temps are a big factor in quality of life for nomads. Let’s see how

There is a cliff to the east (to the right of the pic above, which is facing ~north) and last night I was worried abous losing morning insolation. As it turns out this fear was unfounded. I woke up ~0730 and saw the shadow/sunlight demarcation only a few yards from the van. Today I remembered to crank up Sun Surveyor (duh) to check the sun’s path:

With some finagling I found a spot in the van where I alternate between 0 and 1 bars of Verizon. Enough for email to sneak through eventually, and enough to do this blog post with a text-based editor in a mosh session; mosh is an immense help when one’s data connection is unstable .

The site is quite near the highway but there’s not much traffic. About the only time you hear vehicles is when a Loud Pipes Afficianado (Harleys, pickups, Chargers) guns it for fun going up the hill.

There were thistles on the hilltop that were threatening to bloom. Finally saw one open: 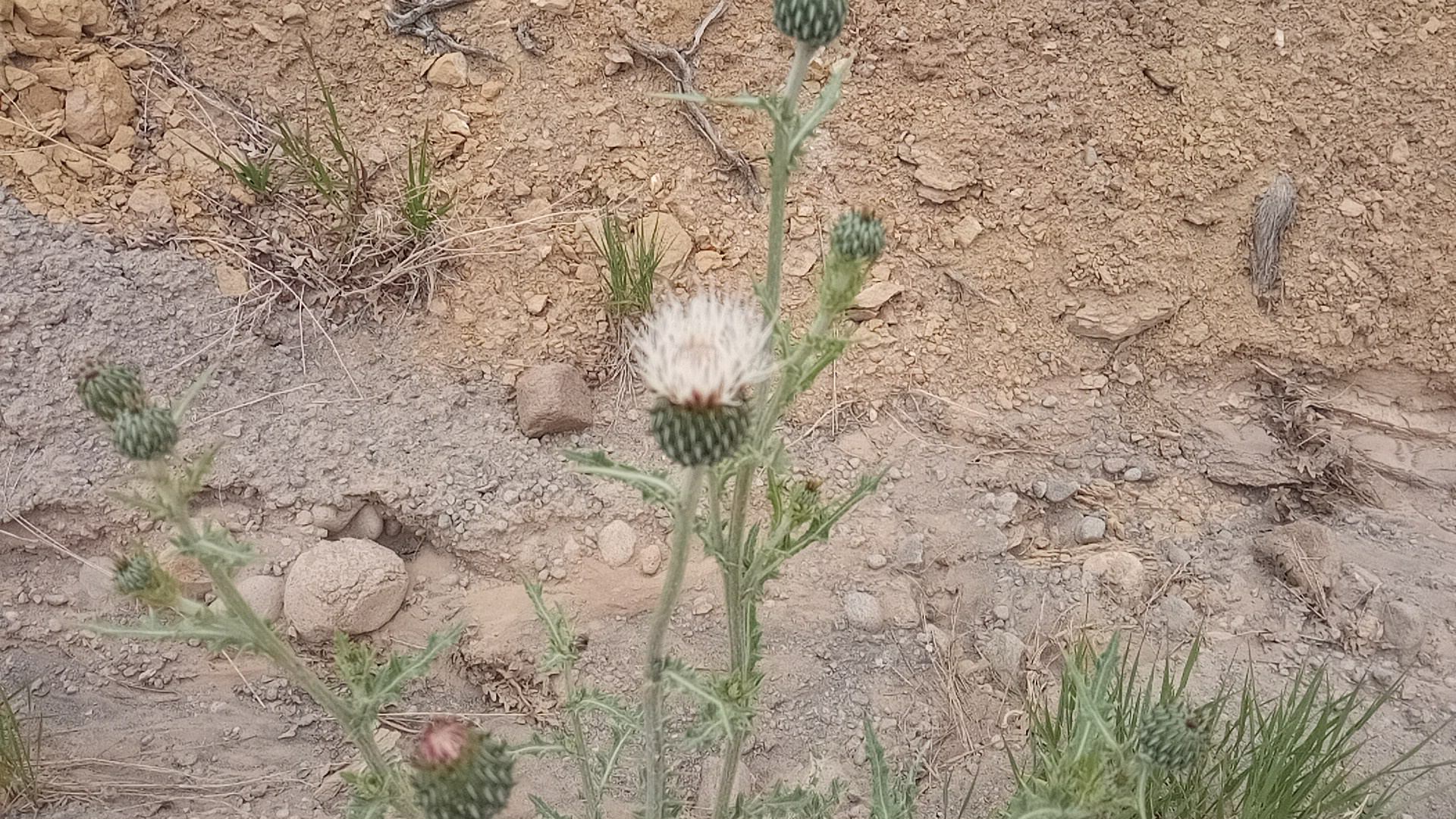 The nearby Bradfield recreation site caught my attention because a review mentioned that in addition to $8/night camping (not interested) there was a Day Use Area (DUA) and two potable water hand pumps.

I drove down and saw one of the pumps outside the park area, not even to the info signs. I read the signs and saw no fee for DUA or water so I set out to fill the 2 7-gallon aquatainers. The pump was about 2x the size of the one in Twin Springs and required maybe 10 minutes of actual work to fill the containers. Might have taken less time but the wind was intermittent in both strength and direction, making water stream aiming a little iffy.

{edited to add this pic from dashcam footage I saw later}

The drive up from Cahone along CO141 was beautiful and mostly devoid of cell signal. I might have had 2 minutes of data in a several-hour drive.