I picked up the wiring and panels from Home Depot this morning.  While I was in town I dropped off Xmas cards for kids in the family.  I’ll be here another 12 days which would make it too late to mail them later.

The panels are fine, no better or worse than any other I’ve handled.  It’s nuts that they are $72.99/ea at a big box store.  They stored strapped to the back of the passenger seat without taking up much room.

When I got back Craggy Wash I sat them up behind the van facing south: 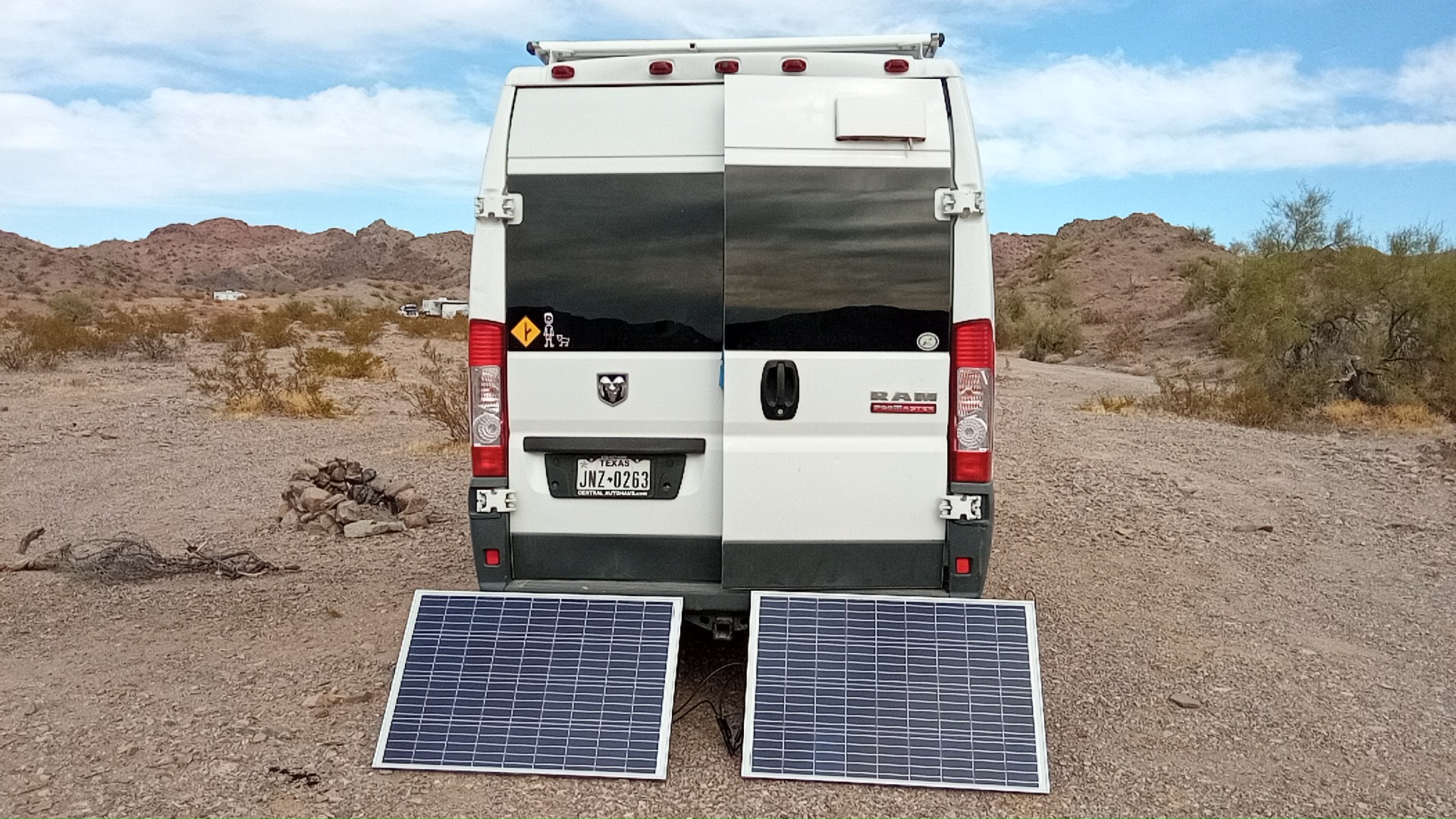 They are leaned on the bumper, angled to the sun.  The doors can open/close and do not block the panels in either position.  I can step between them to do stuff in the back to the van.  In this pic the right door is slightly propped open with a pool noodle.  That’s one of my favorite tricks for getting a cross-breeze.

They are plugged into the HQST 20A PWM controller in parallel, making power.  By the I started harvesting photons the bank was in Absorption so both sets of panels were loafing.   The portables are presently putting out power roughly in proportion to their share of total wattage.   Tilt vs. mppt seems to be a wash this time of day.

Tomorrow morning around 9am should be a good test of how both sets work.

The panel wires were too fat for the inputs of the 20A shunt, so I didn’t get to test that.

They were also too fat for the buck converter, but I held them in place long enough for some very rough testing.  I was able to regulate the output voltage precisely, but couldn’t get Vpanel to move substantially with the CURRENT pot.  Will research and make some connectors to step down wire size.

what needs to be done

I’m just running the panel wires through the open door and plan to disconnct the wires at the MC4 a night.  Maybe I’ll need a port, and I’ll defintely want a disconnect.  Maybe SAE since they have built in rubber boots.

Sharp eyes will notice I moved campsites.  I found this spot yesterday on a hike with Muffin: 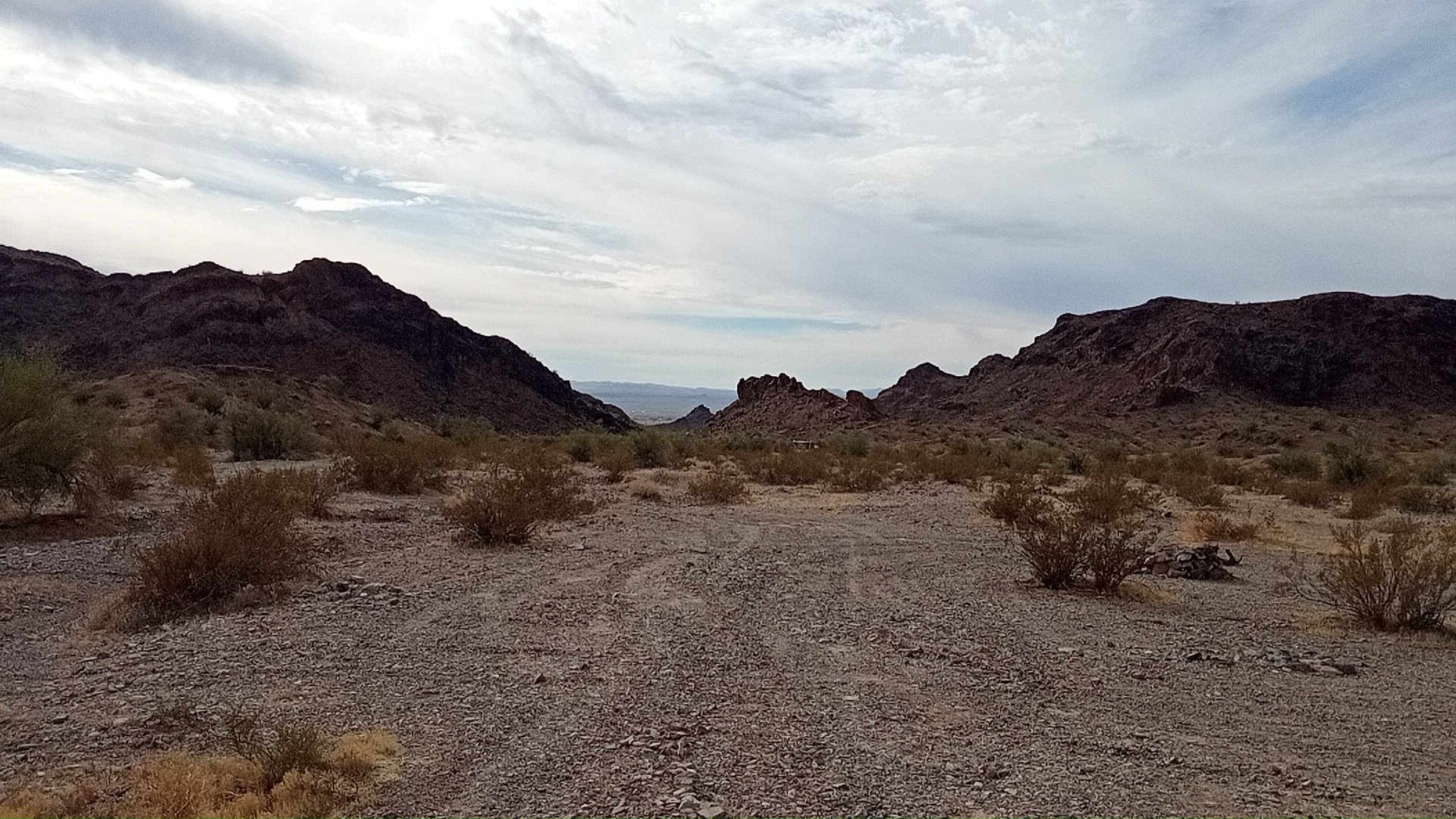 The hills are low here so there should be a bit more sun.  And part of Lake Havasu City is visible through the pass.  Much less traffic this far up the trail.