The forecast for sun on Wednesday (yesterday) was a lie (again); heavy fog blanketed Coos Bay and I was annoyed.  I walked the dog, made coffee, gassed up the rolling barn and headed in the general direction of Reno.

I generally don’t drive much between spots preferring less than 50mi when possible.  This change would be much longer but I needed to run the smoke gauntlet if I was going to get off the coast to sunnier weather.  One of the benefits of living in the camper is you can drive, rest, drive, walk the dog, drive, etc.  I usually drive until either the dog or I have to pee, or until I yawn 3x - the third one is my “find a place to stop” signal.  So [spoiler alert] it took about 24 hours of drive-and-rest motoring to get to Reno.   Temps ranged from 83deg at a rest stop Wednesday afternoon to 23deg as I passed the Crater Lake area in the middle of the night.

On the way down I stopped at a local grocery chain (McCay’s?) on the way;  their prices are insanely high everywhere but the deli.  The deli has good hot food at decent prices.  I stopped in for something I could eat while driving and noticed they had gizzards listed on the board, and yes they had some fried up.  At $5.99/lb these would be the least expensive gizzards I’d seen and I wasn’t convinced SE Oregon had an established gizzard tradition.  As if to prove the point the deli person mentioned this was the only store in the chain that made gizzards.  Oh well, hopefully I can choke them down.

Holy moly.  Best gizzards of my life.  It was like they were battered in KFC’s original recipe batter.  Sorry for doubting you, Oregon.

I continued down Hwy 5 and noticed fire damage in the median.  A few miles later the true devastation was revealed;  this was the area where entire small towns were destroyed.   I tried hard not to notice one town was called Phoenix and another Ashland.  Hopefully Phoenix rises again like its namesake.

Presently in the city of Reno.  I’ve only seen a bit of it but it reminds me of a combination of Salt Lake City and Las Vegas, if such a thing is possible.  As I look around I’ll share more thoughts, but I saw this sign while walking the dog after our arrival: 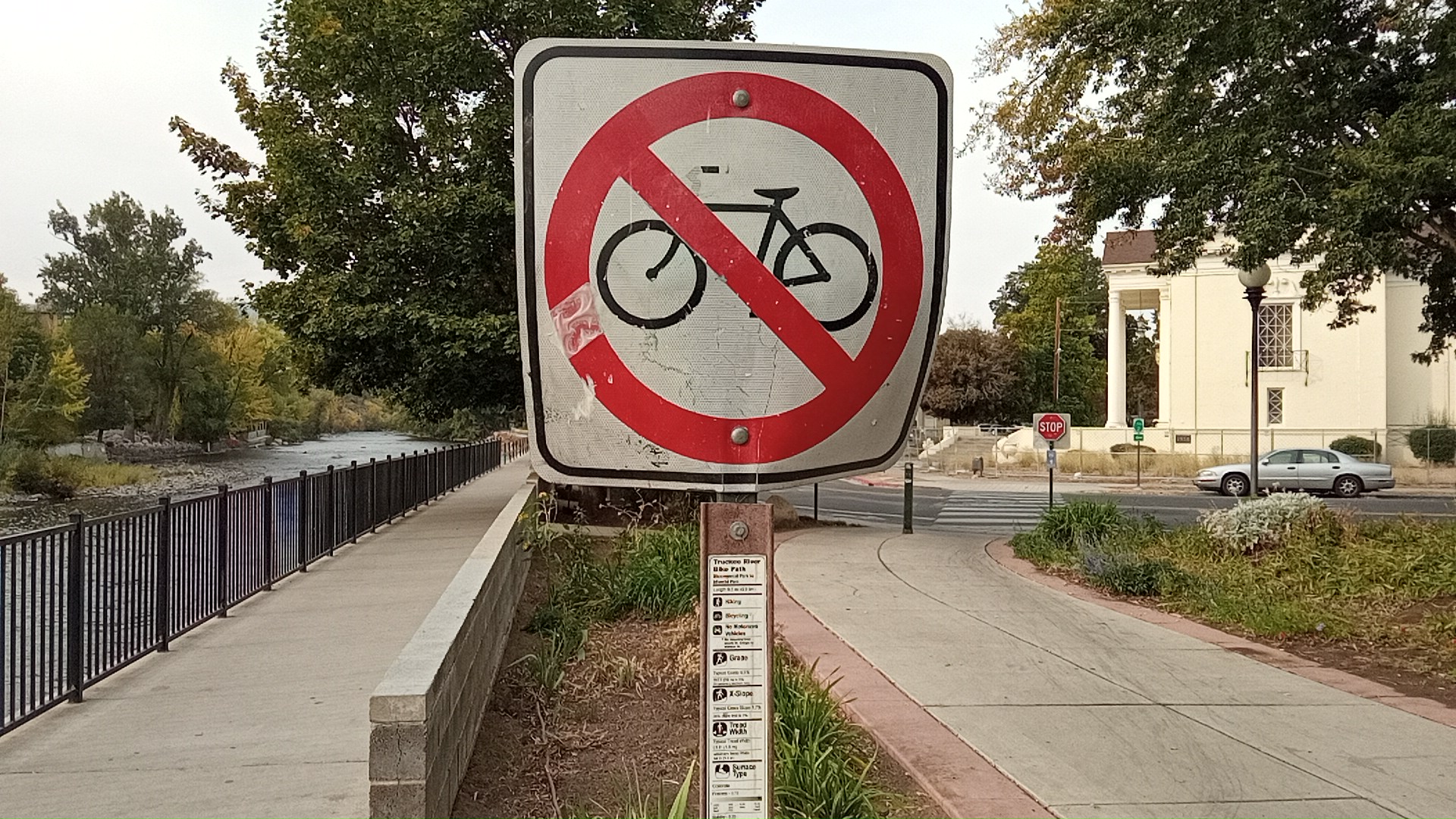 The top line of text on the post says:  “Truckee River bike path”.  Seems like a bit of a mixed message, but what does this wandering stranger know?  Maybe there’s a good explanation.

I’m pleased to say that by 10am local time the battery bank was up to Absorption voltage.  Bright skies, mild temps, and a bit of altitude combine to make good solar harvest.   Another benefit:  I’m out of the WA/OR/CA complex where there is no reciprocity with Texas CHL.  It’s nice to have options.

a couple bonus pics of Muffin 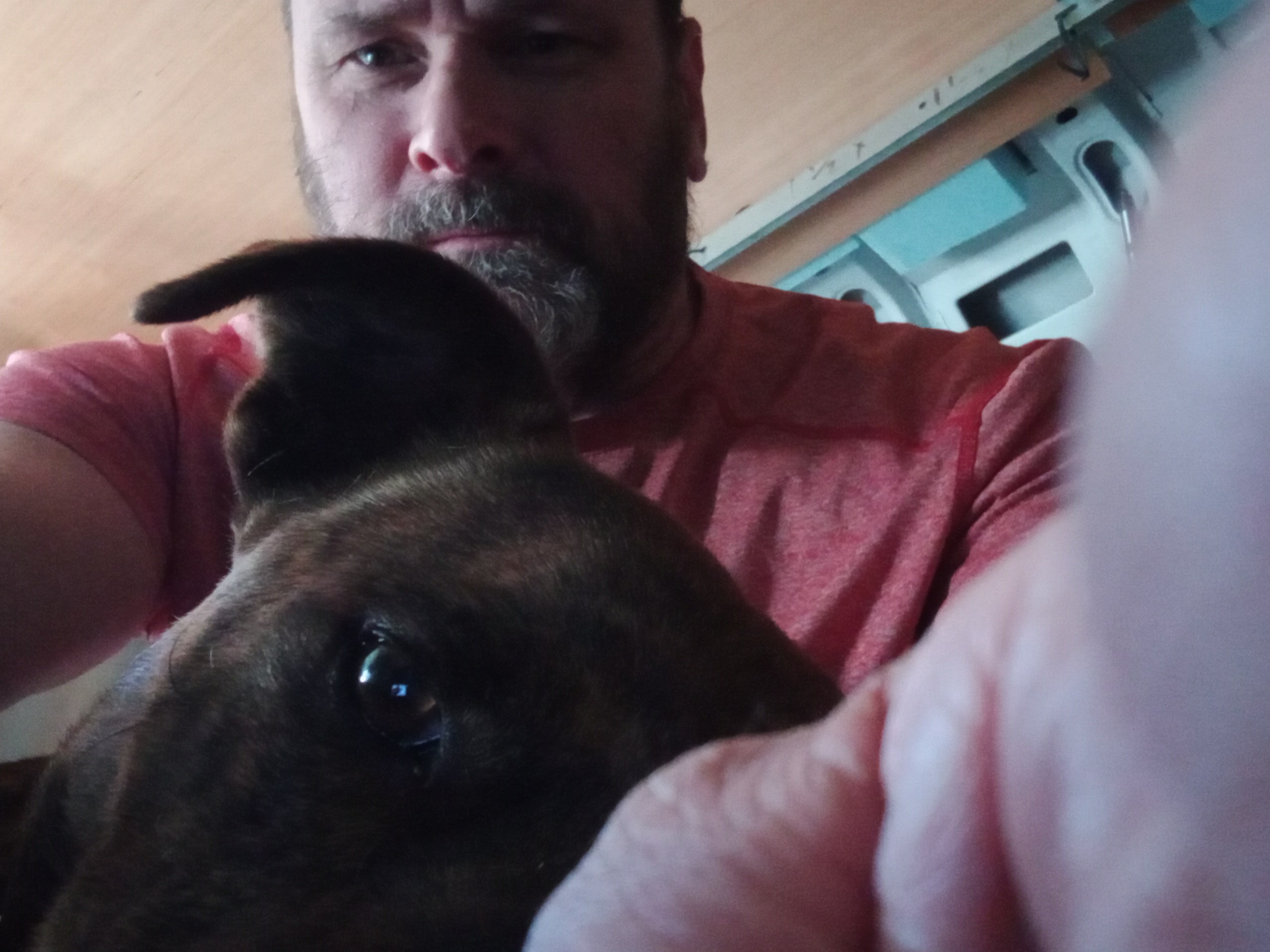 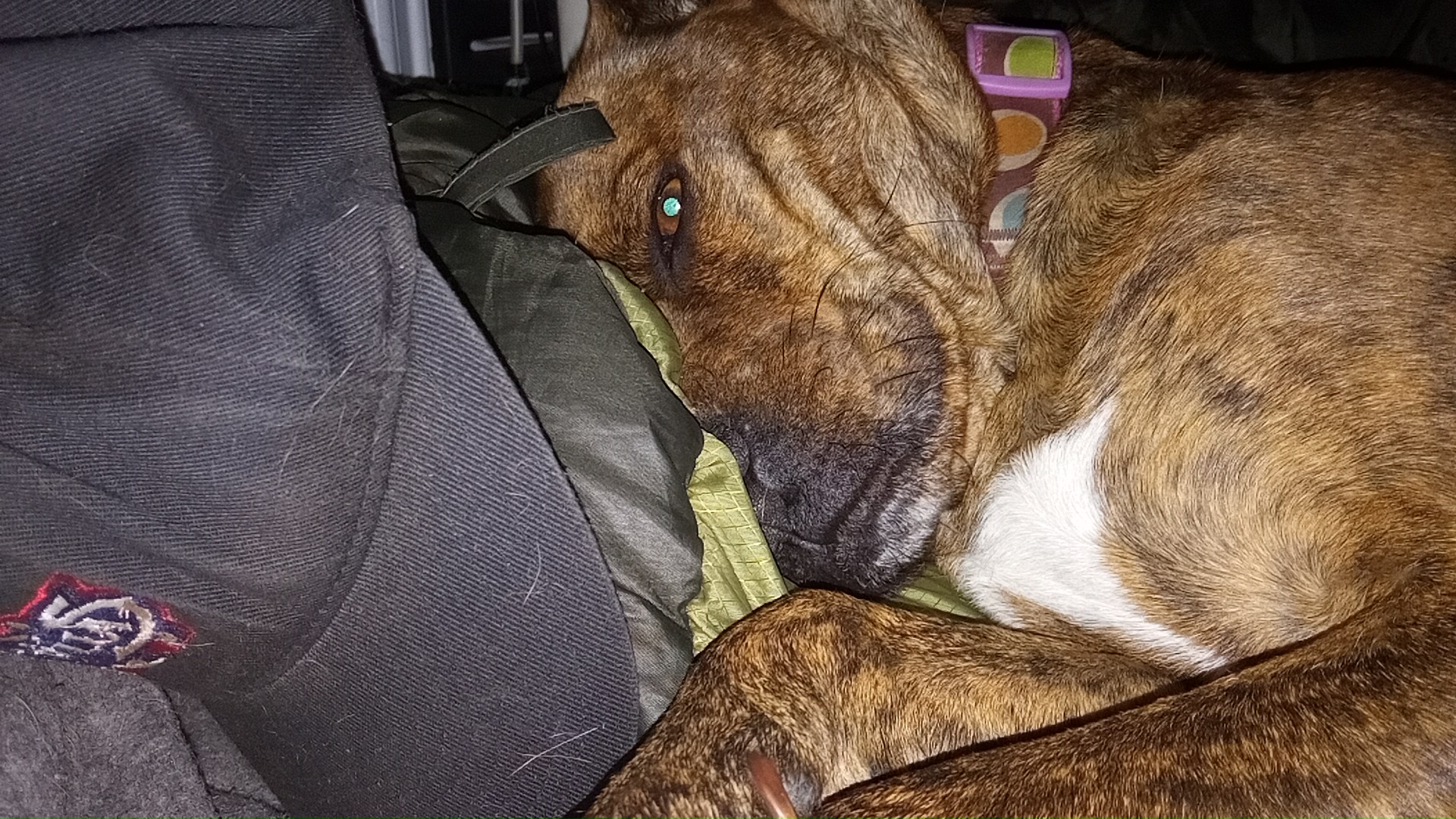