I wanted to leave my previous spot this morning around 9am.  I was packing up when I heard Muffin losing her doggie gourd outside.   A hot-air balloon had been launched across the canyon and it was giving her fits: 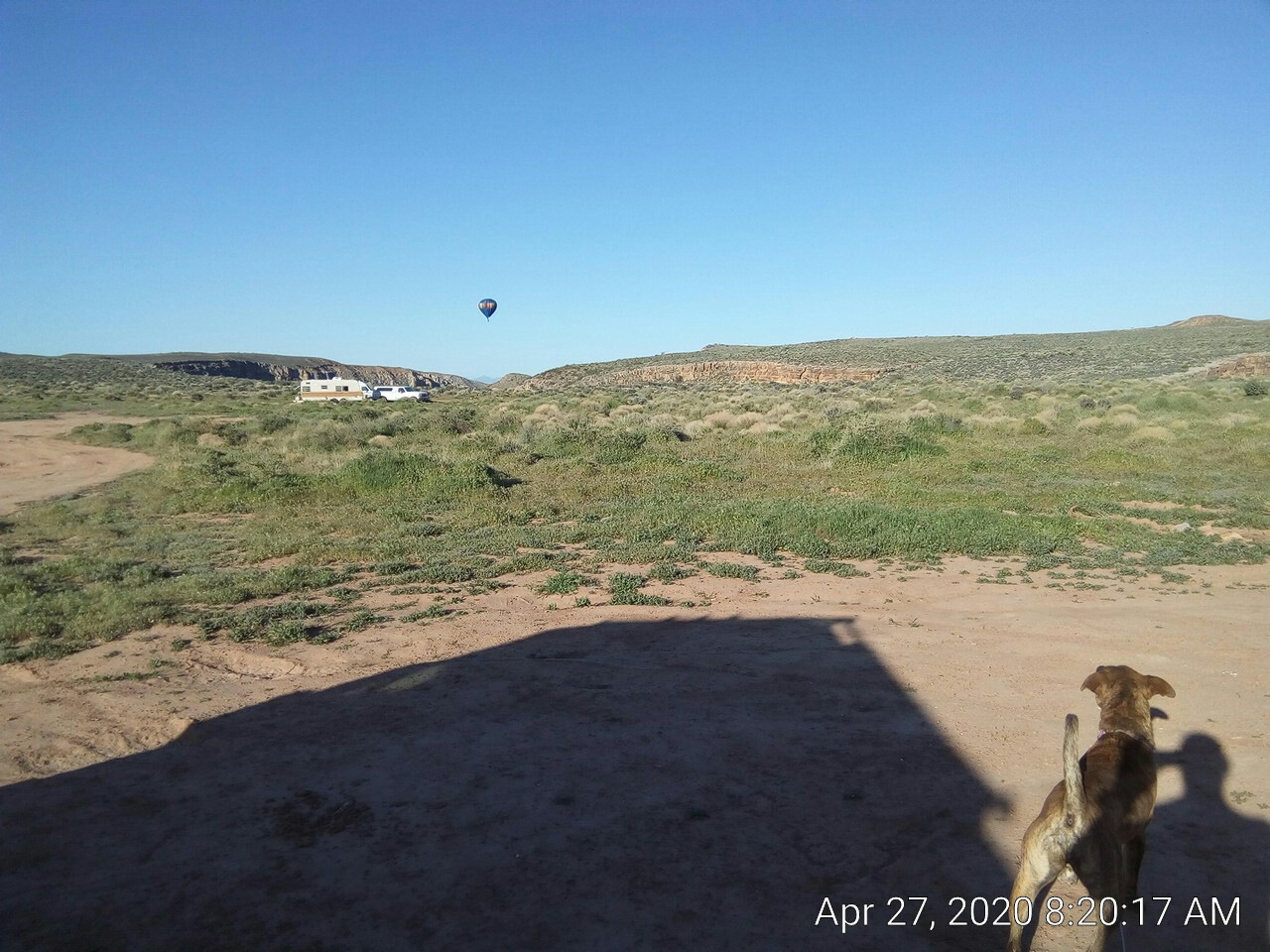 I stopped in Hurricane, UT on the way out and refilled with water at a Texaco.  I’d recently bought a 50’ potable water hose, and it was immediately necessary.  By the time I topped off with gas and went around to the water a semi had blocked the water / dump area.  I parked behind him and ran the hose back to the van.  Not optimal, as I couldn’t directly monitor the water level and had to stop a gallon or two short.  I did fill the 5gal bladder, though, so I started the day with ~38gal.  The van does settle down to a more comfortable ride when both the gas and water tanks are full.

I also reprovisioned at the local wally world there, spending $88.  Some of that was treats (salami, some polenta, chee-tohs, cheez-its etc, cheesecake, hummus, etc) that I don’t strictly need but I was underbudget in the food area so why not.

The new area was about 50mi away on BLM land NW of Cedar City, UT. 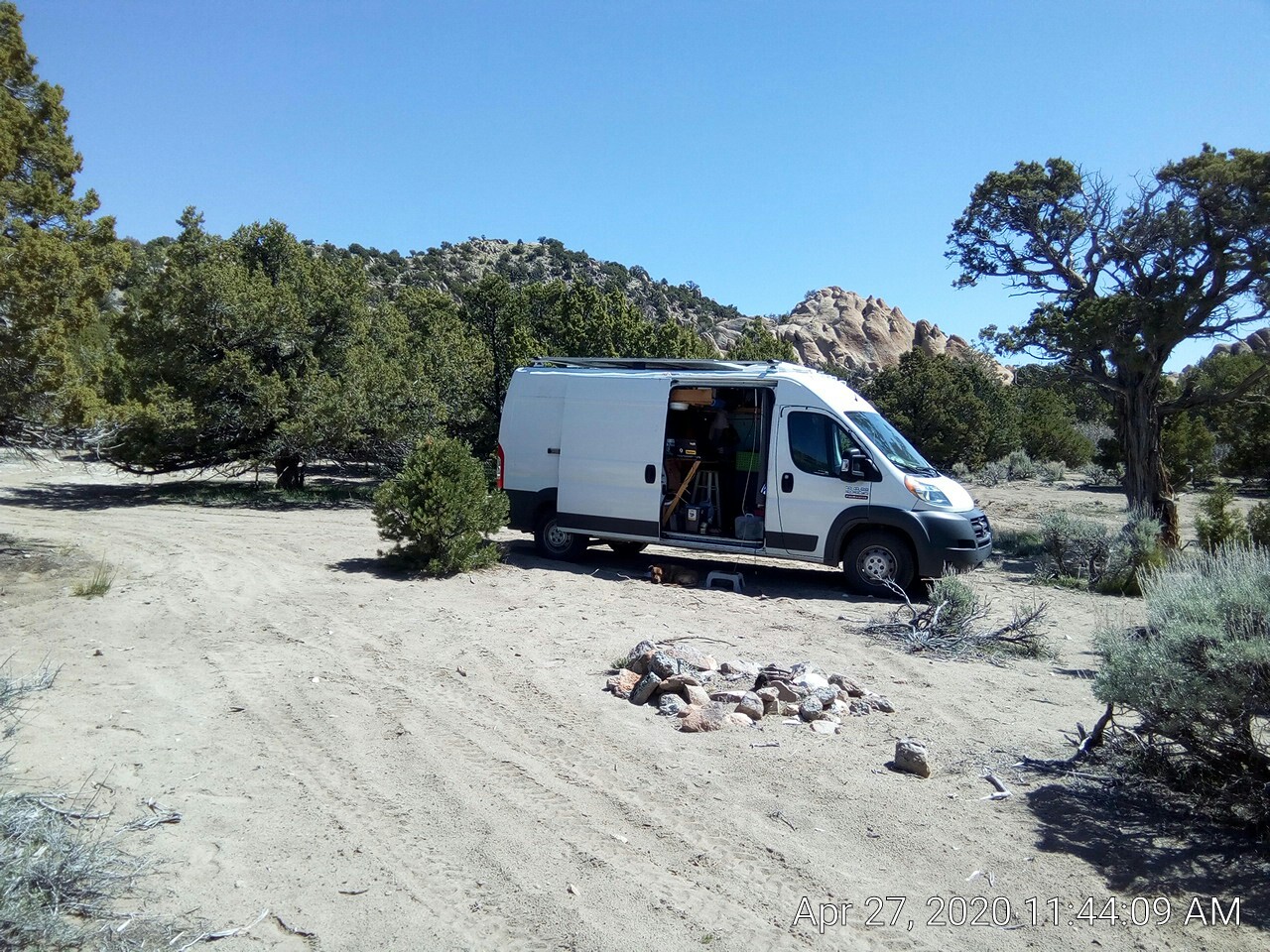 pulled up and just stepped out[/caption]

There is a clear sky overhead but some 10-15’ trees to the left that offer shade.  I set up my lawn chair there and finished some reading (The Great Influenza: The Story of the Deadliest Pandemic in History by John M. Barry)

Took a walk later on - the rocks are oddly shaped: 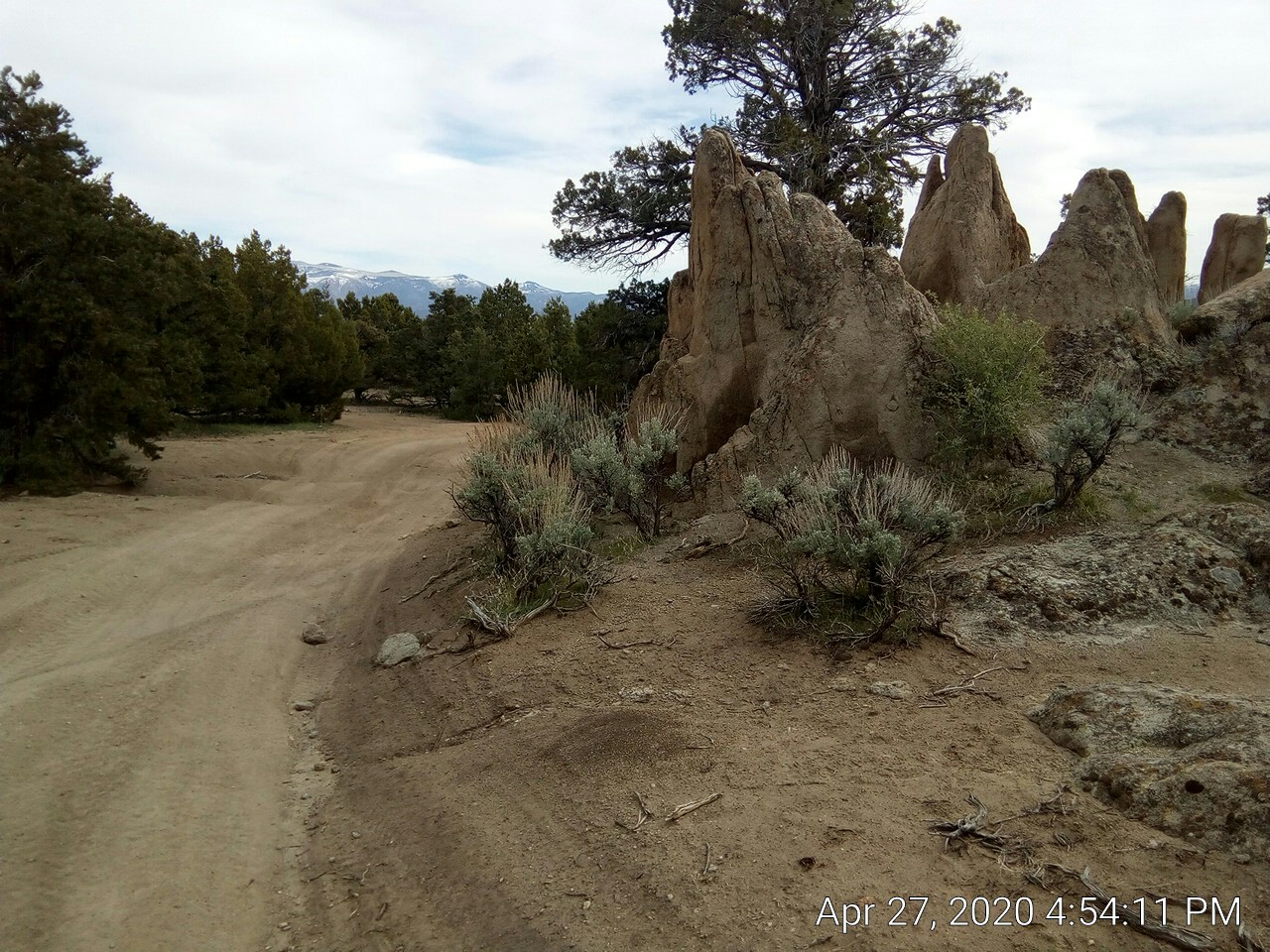 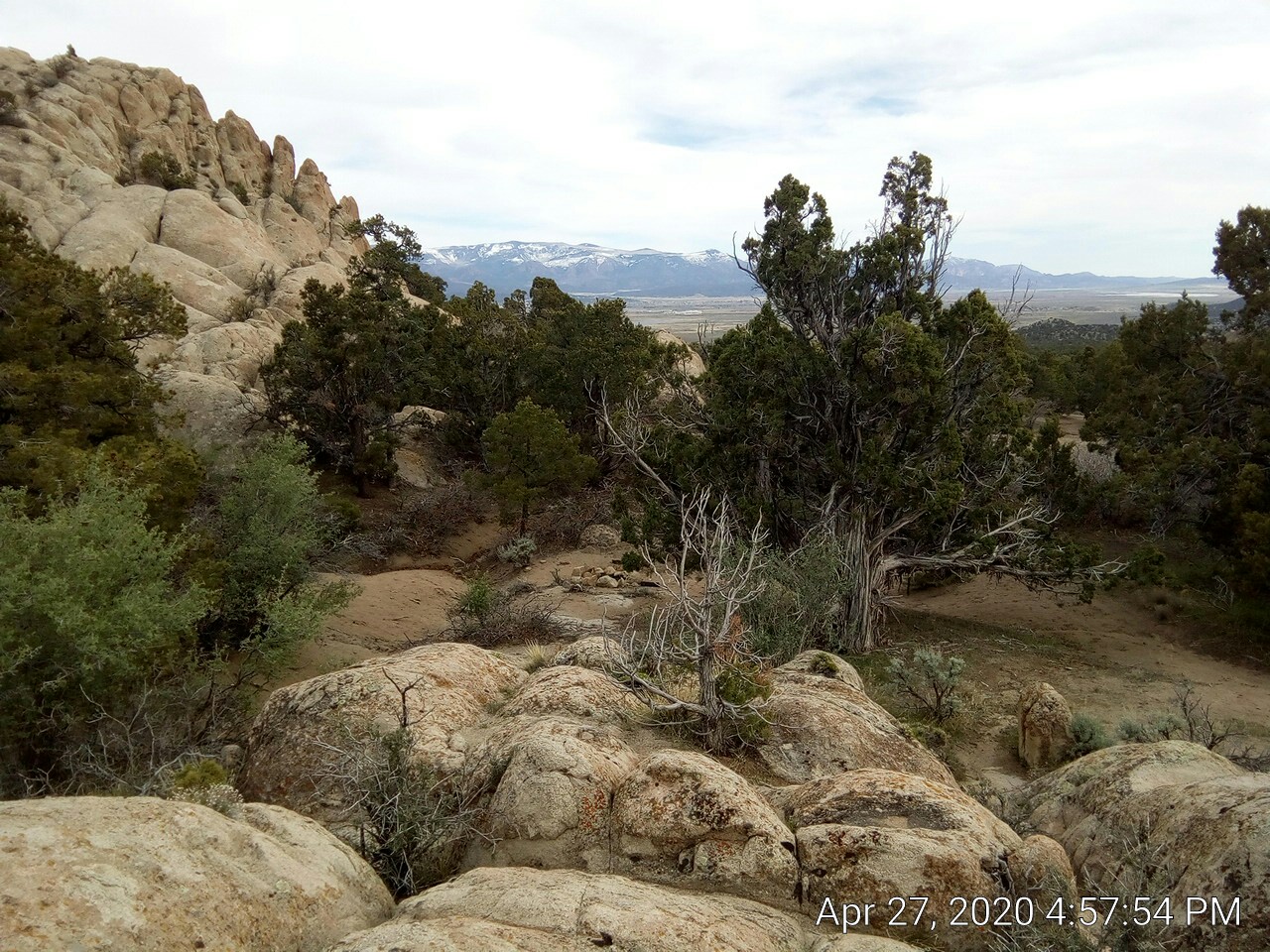 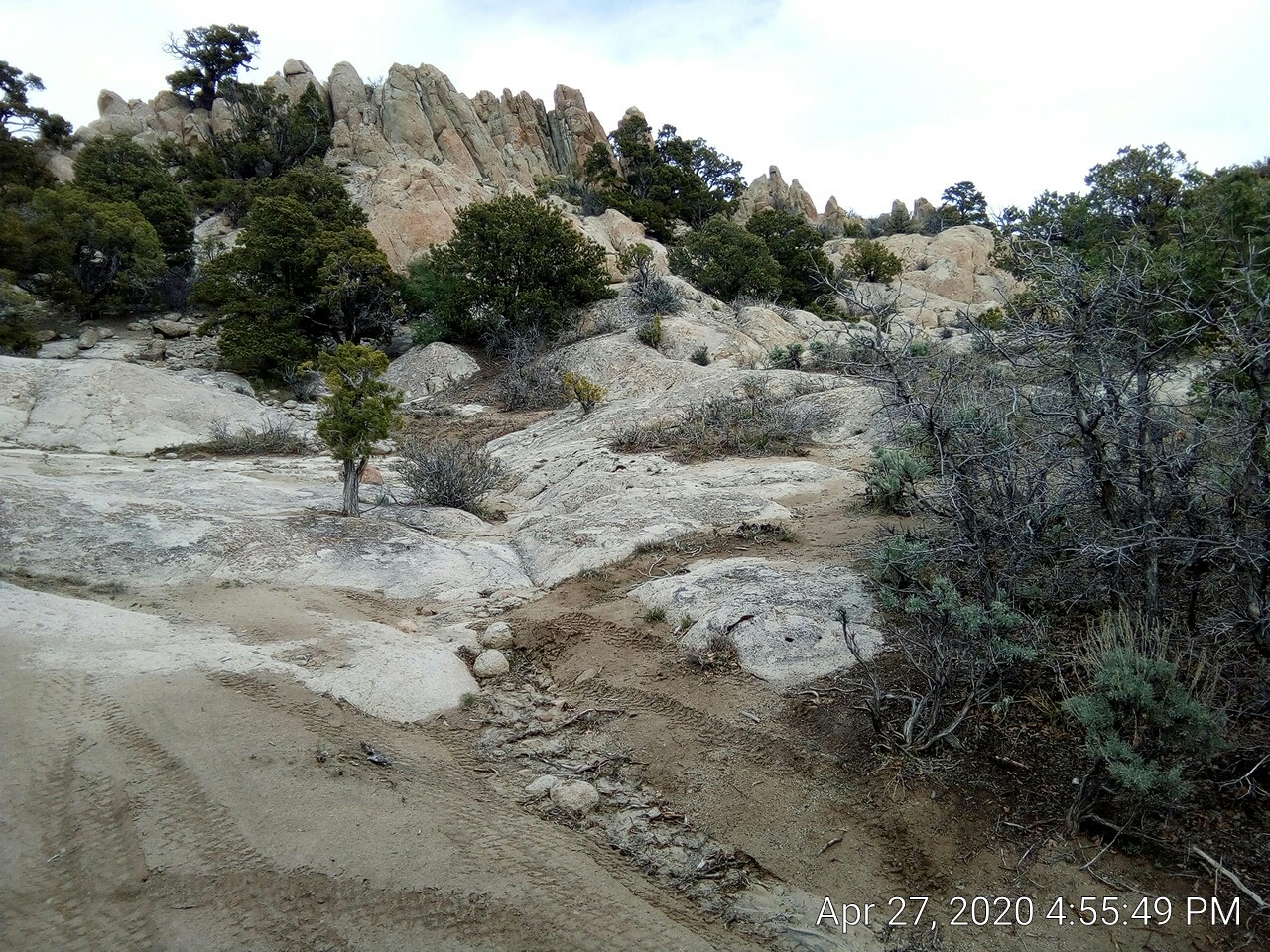 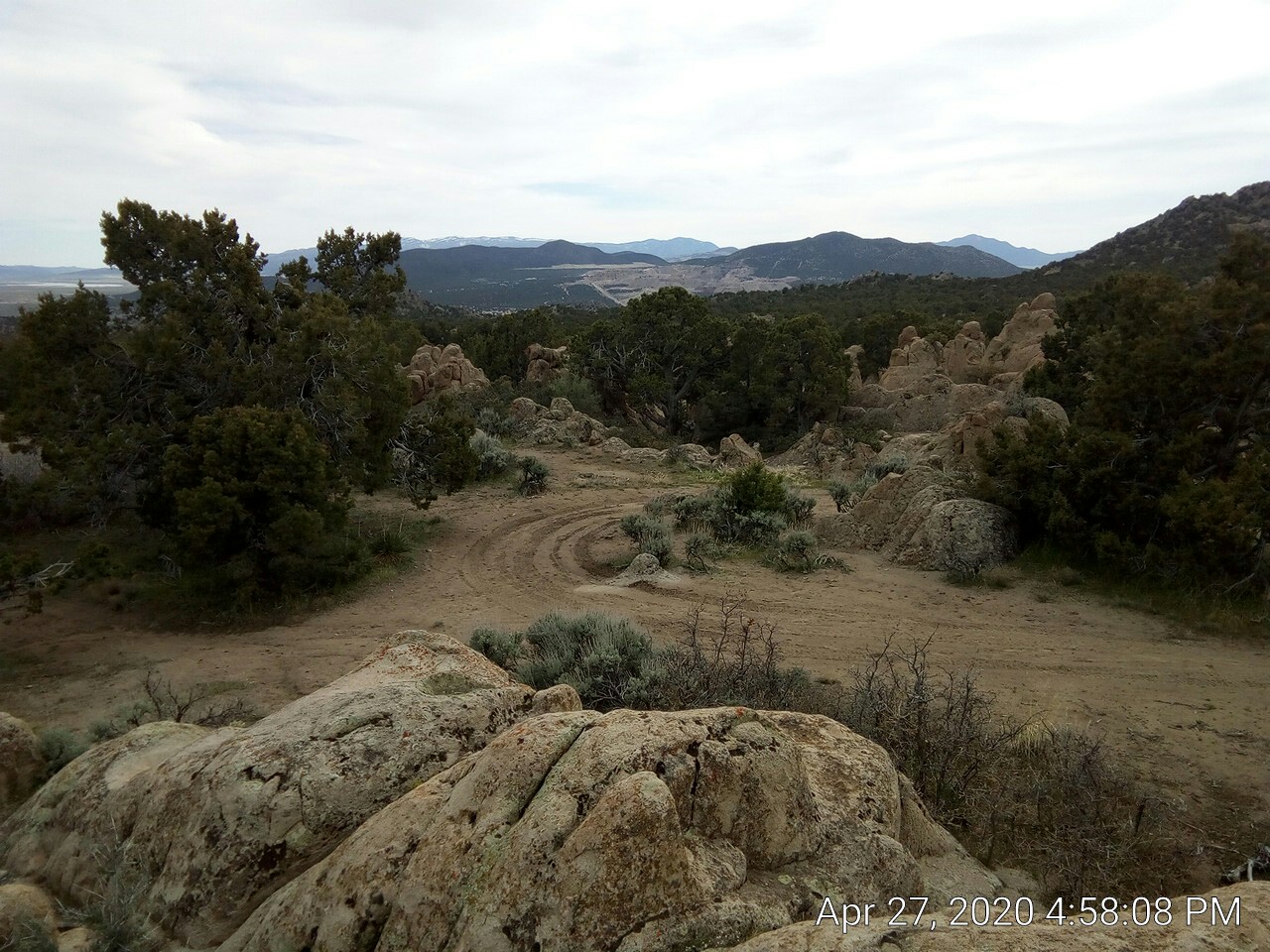 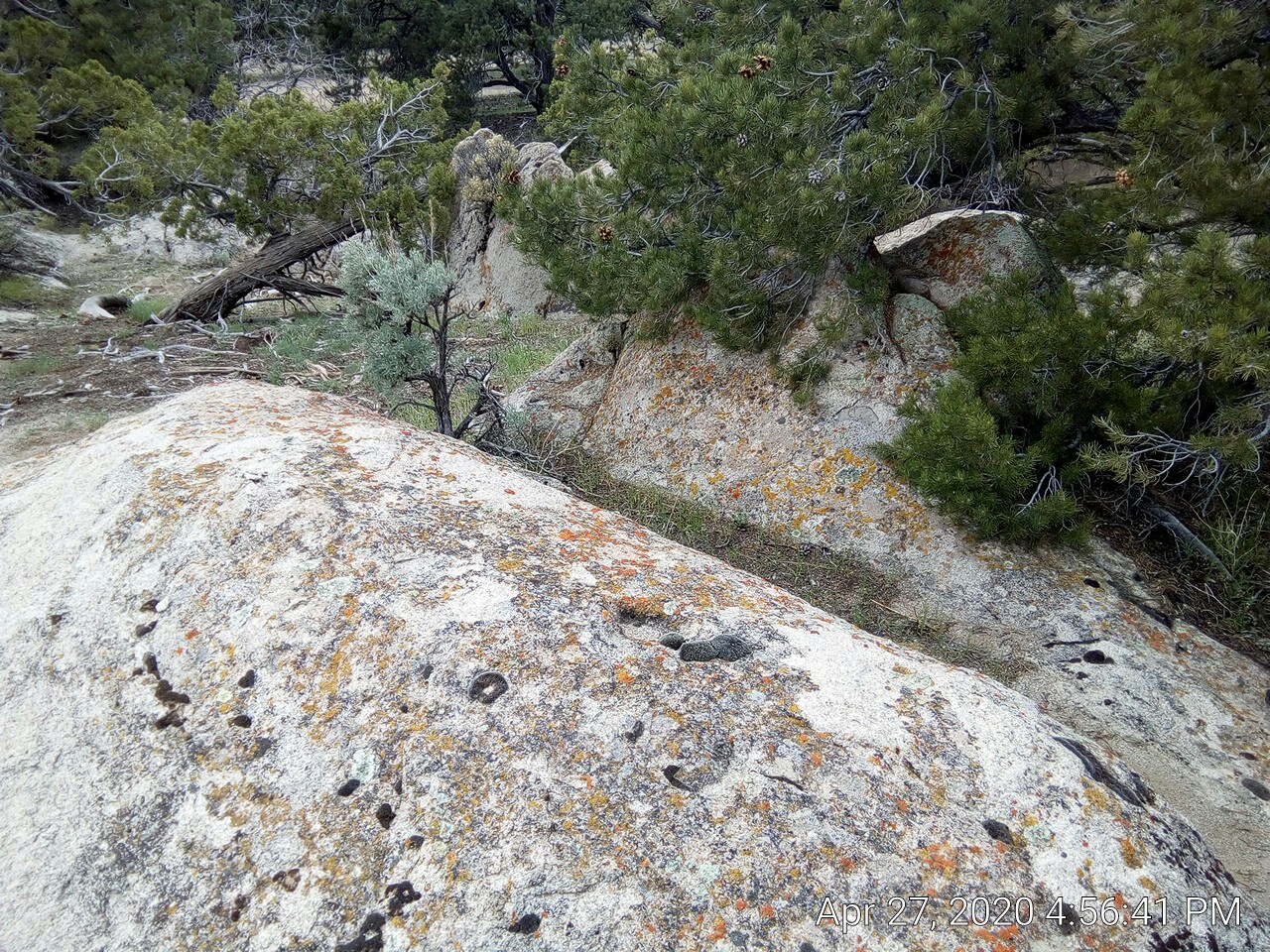