I’d driven past this observatory complex outside Ft. Davis a few times on my way elsewhere.  This time I decided to stop in.

Tickets for the daytime tour were $9.   They max at 30 peeps but I think there were about half that in our group.   The tours (and shuttle driving, and apparently snack bar attending) were provided by an outstanding young fellow named Stephen (black cap): 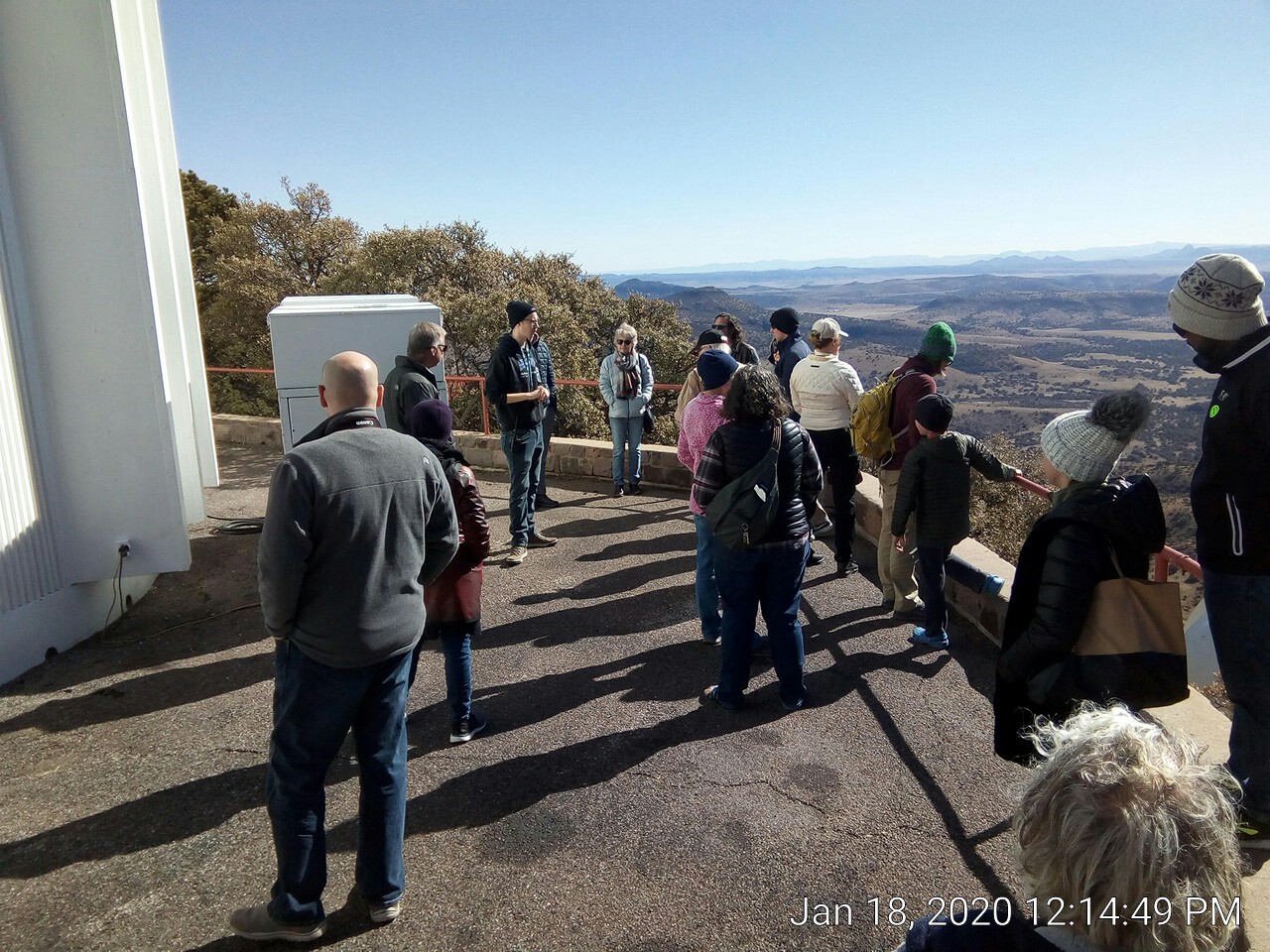 We started at the original telescope, which

Stephen demonstrated and allowed a kid to move with a manual control.  :-)  Just before we left that observatory the dome and telescope were returned by the PC to the previous position, I was surprised how quickly it moved.  The ‘scope, slot, and dome all move in this quick video: 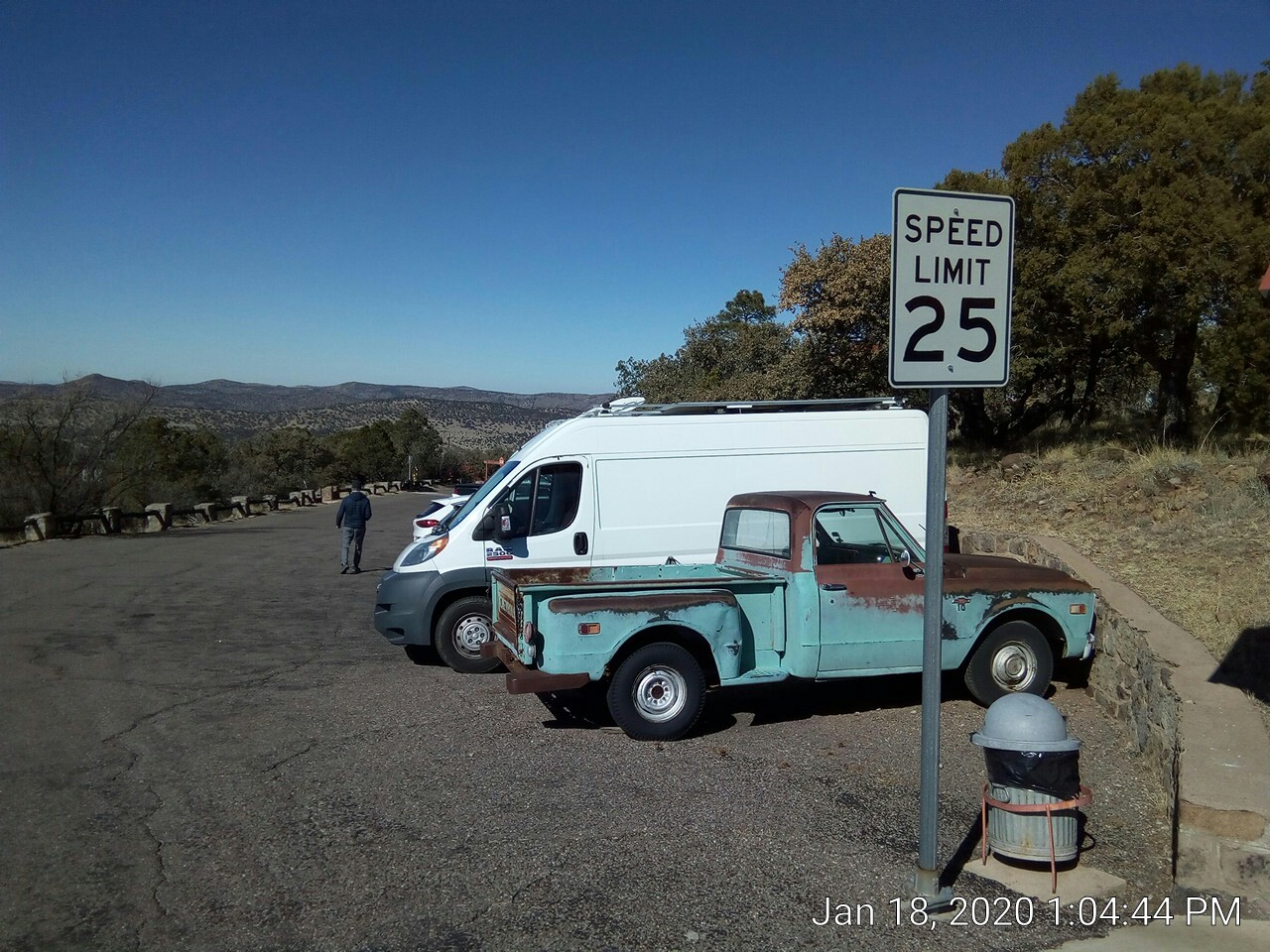 Blue truck is a permanent fixture so the parking spot isn’t available! Last registered in 2001, IIRC.[/caption]

The other large ‘scope is the Hobby-Eberly, one of those new compound lens ones.  It does spectrum analysis (rather than optical observation), and therefore can use fiber optic cables to shunt the received info around. 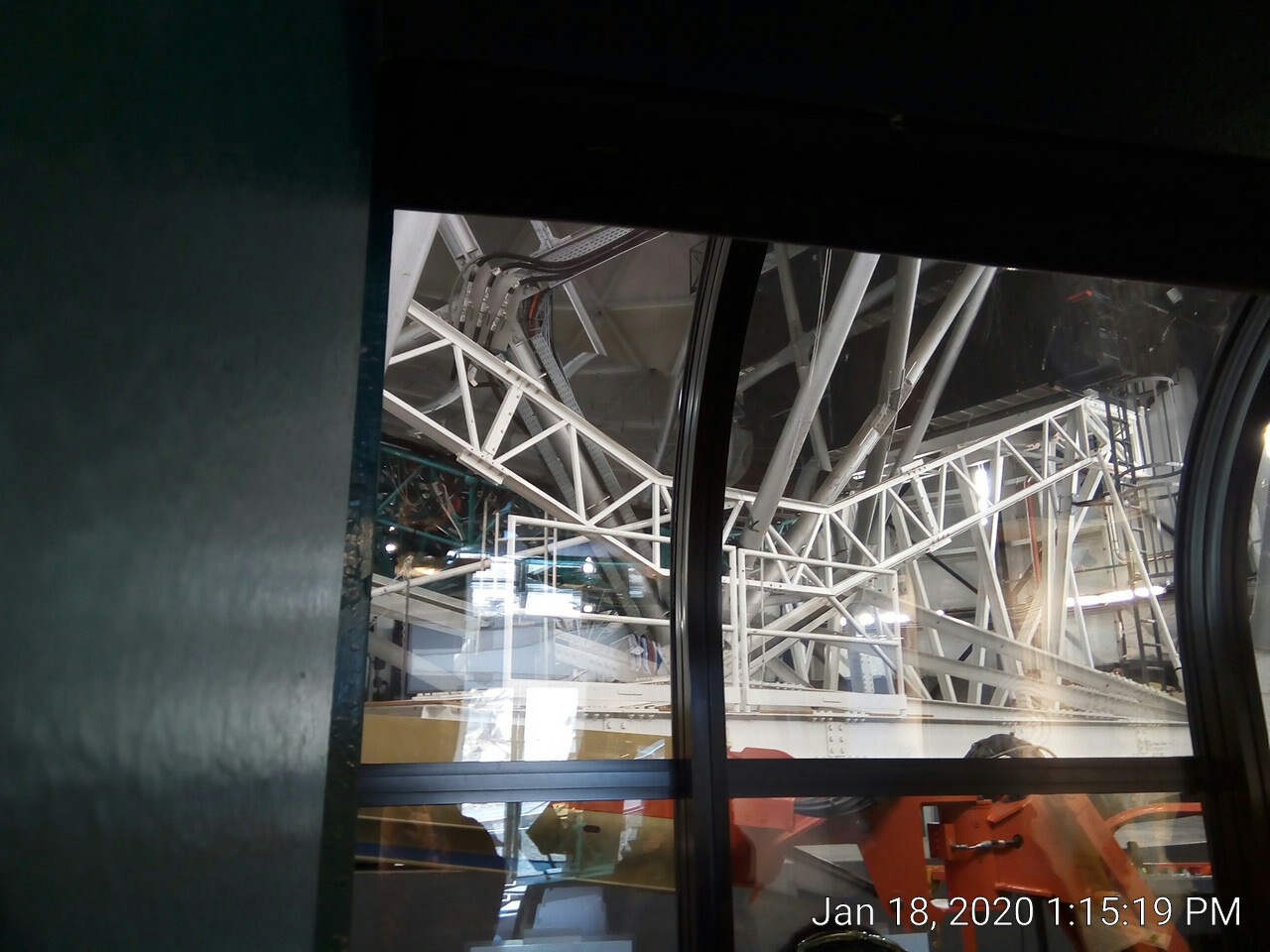 I tried to get a pic of Muffin in front of the Hobby;  the best of that series was this all-too-predictable shot: 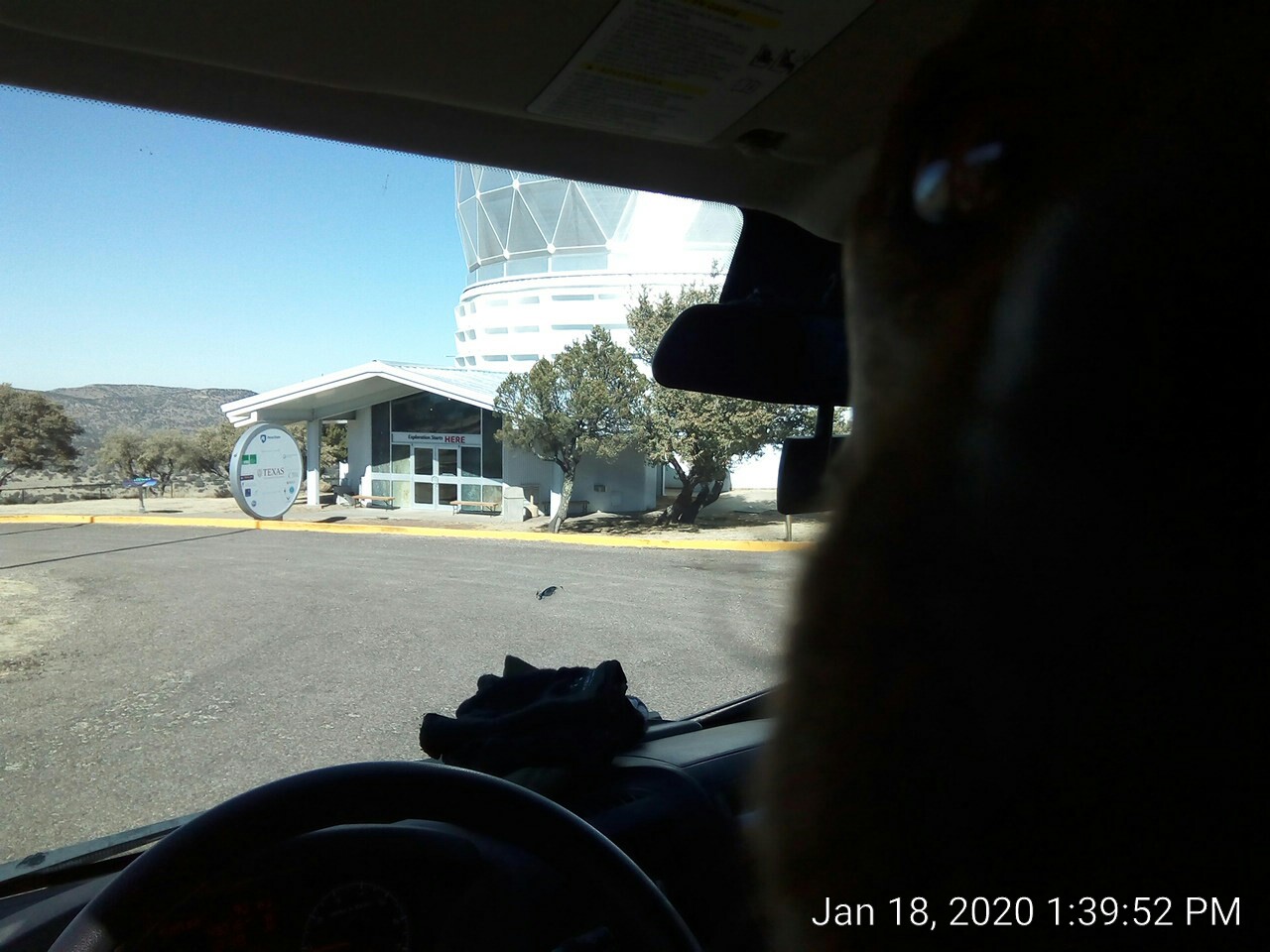