I was in Cloudcroft where it was raining and fully overcast. 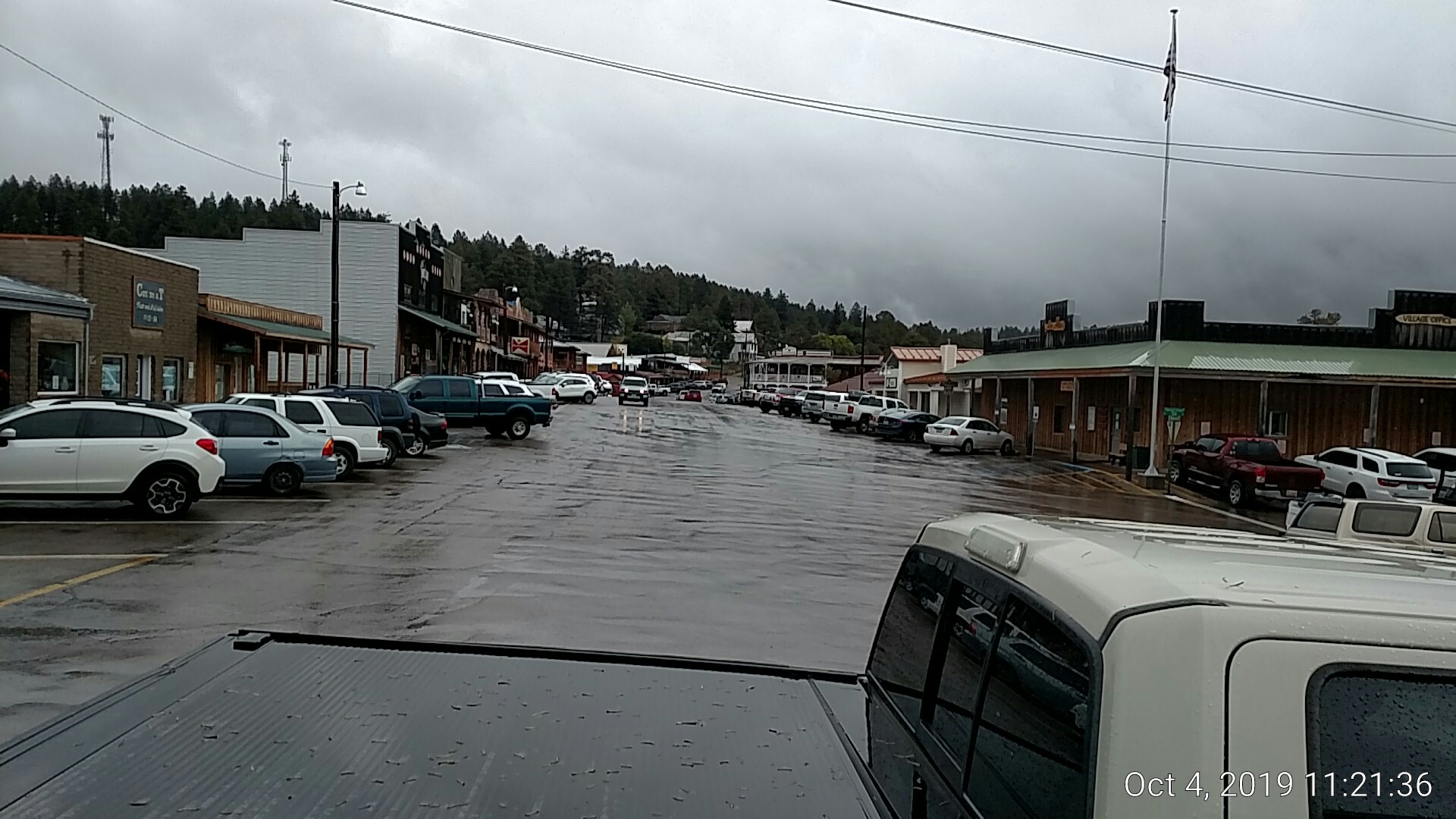 This pic shows both what I call bright overcast (area in top center) and overcast (darker areas away from the top center.  [Not shown here:  dark overcast, as might be found in a thunderstorm.] 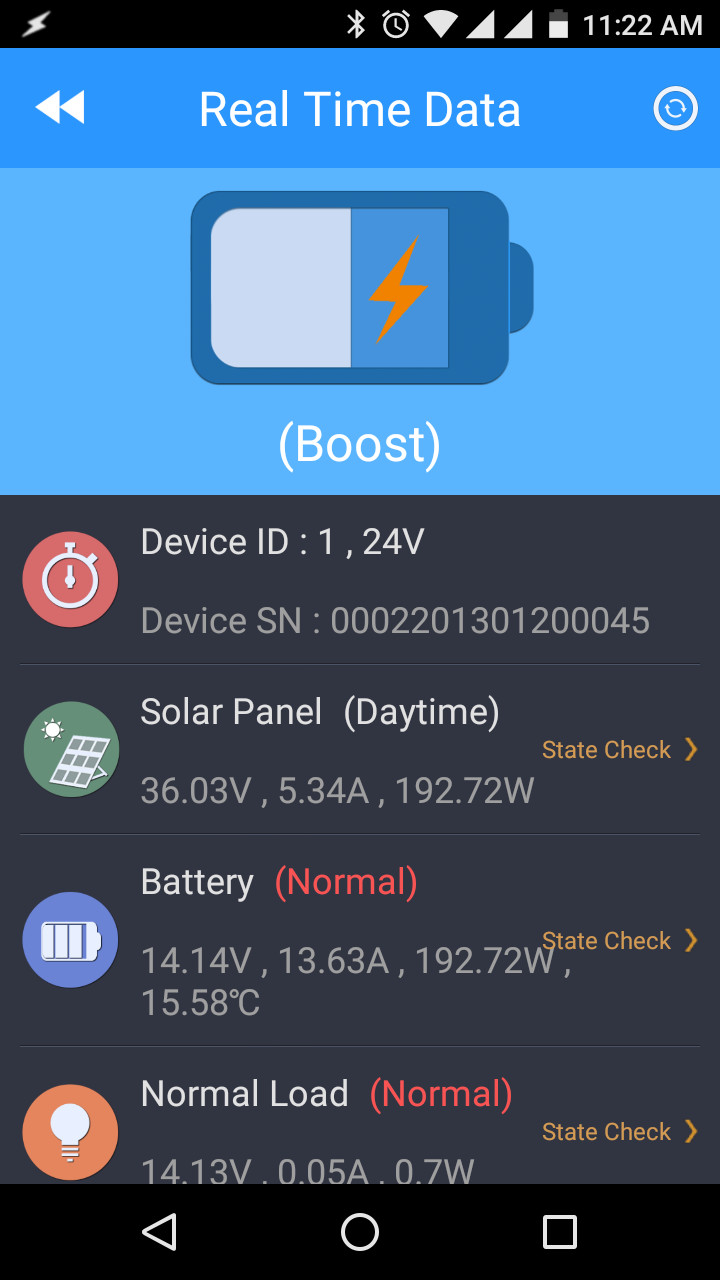 I was a little surprised to see the panels putting out 192w in these conditions, ~34% of their rated output.  8000’ of altitude and cool weather in the 50s certainly helped.

Remember that next time someone says panels put out “virtually zero” when the sun isn’t shining.  <– actual YT comment.

The phone screenshot is from the free app that connects to a wifi/bluetooth unit for the epever tracer series.  Basically anywhere the MT-50 display works the wifi or bluetooth unit will too.  Don’t remember if I talked about it before, but I bought the BT version because I repeat wifi inside the van. [The Alamogordo Public Library’s wifi at the moment.]  Didn’t want to lose wifi functionality on the device that is talking to the controller.

Load shows 0.7w because I don’t run any loads directly off the LOAD outputs.  I run a relay off the LOAD and run everything off that relay.  That way I can set an LVD on loads larger than that controller’s LOAD output can handle.  It takes 0.7w to hold the relay circuit closed.