The past few weeks have been good for watching wild animals. A pair of skunks, lots of “least” chipmunks, ground squirrels (like prairie dogs), Albert’s squirrels with long ears, mule deer, etc. 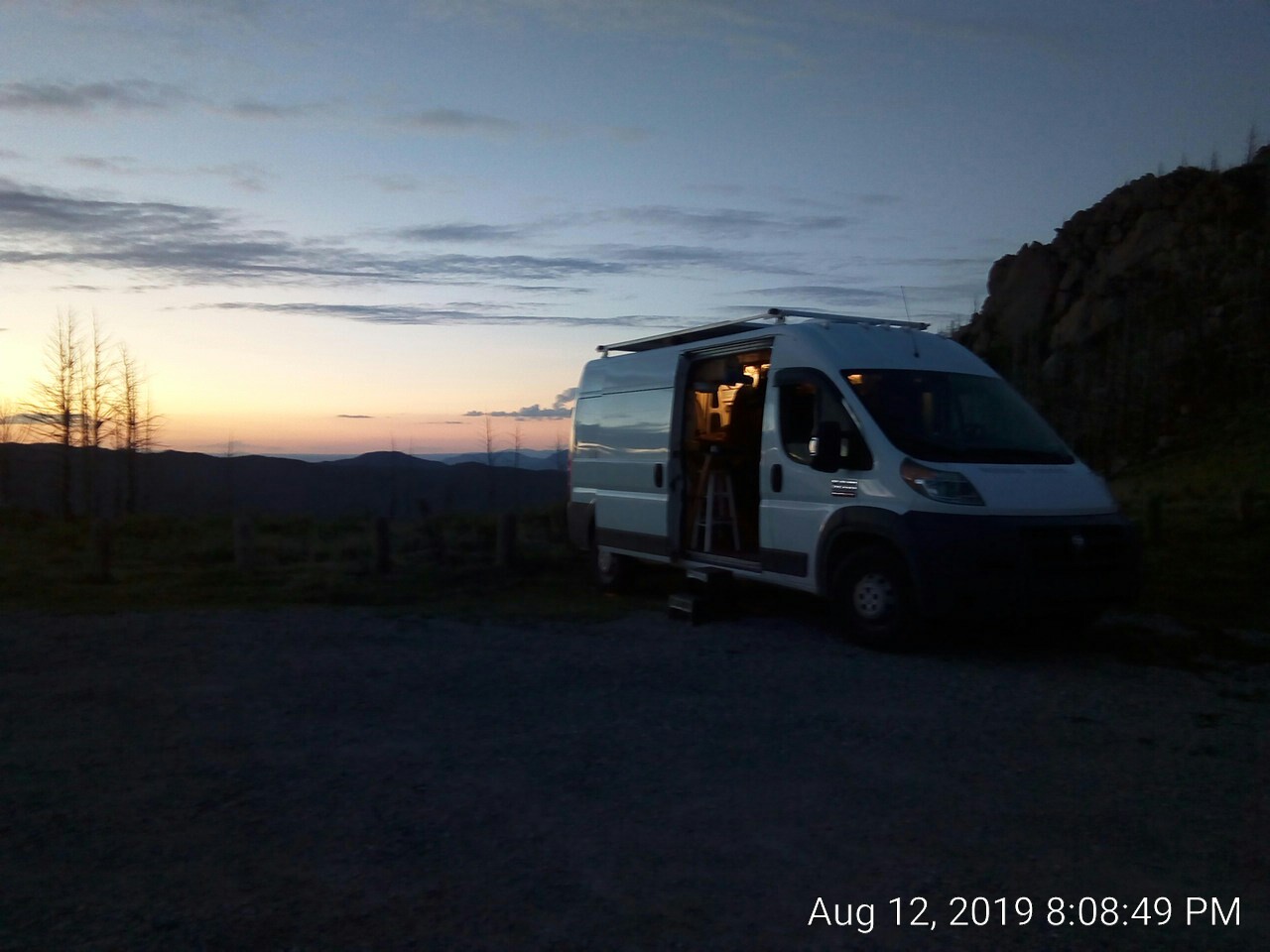 People often remark about wild horses in the Lincoln national forest but frustratingly I hadn’t seen any on the hoof.  There were copious tracks so I knew they did exist.

Then I was coming down from the 9600’ boondocking spot near Monjeau Peak (pic on right) and saw several of them walking off the side of the forest road: 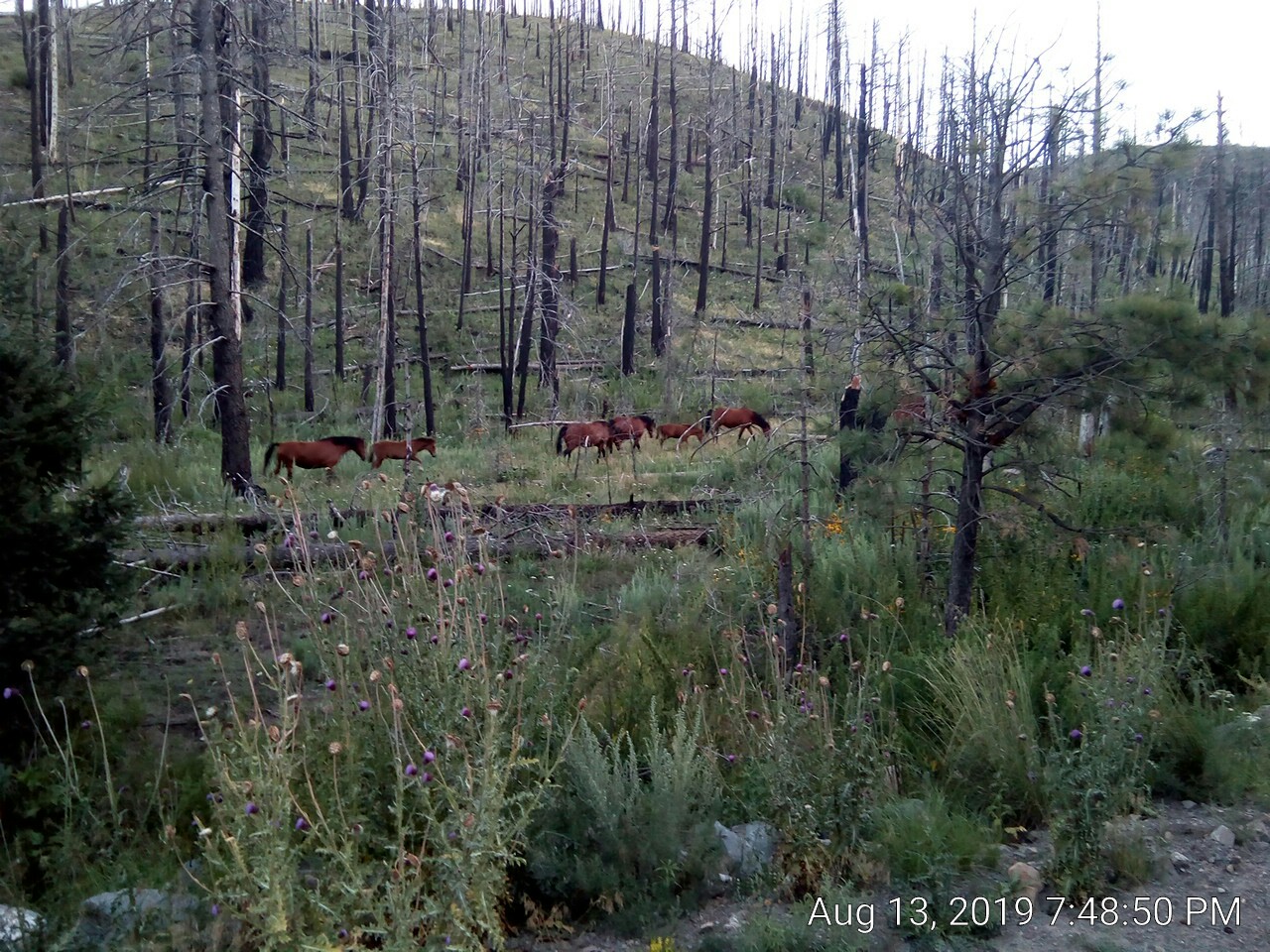 Does that last one look pregnant?

During my broken phone adventure I stopped at the Ruidoso public library to use their wifi;  I repeated their feed into my van and made the eBay replacement purchase there.

Anyhow, I looked up and an elk walked into the city park next to the library: 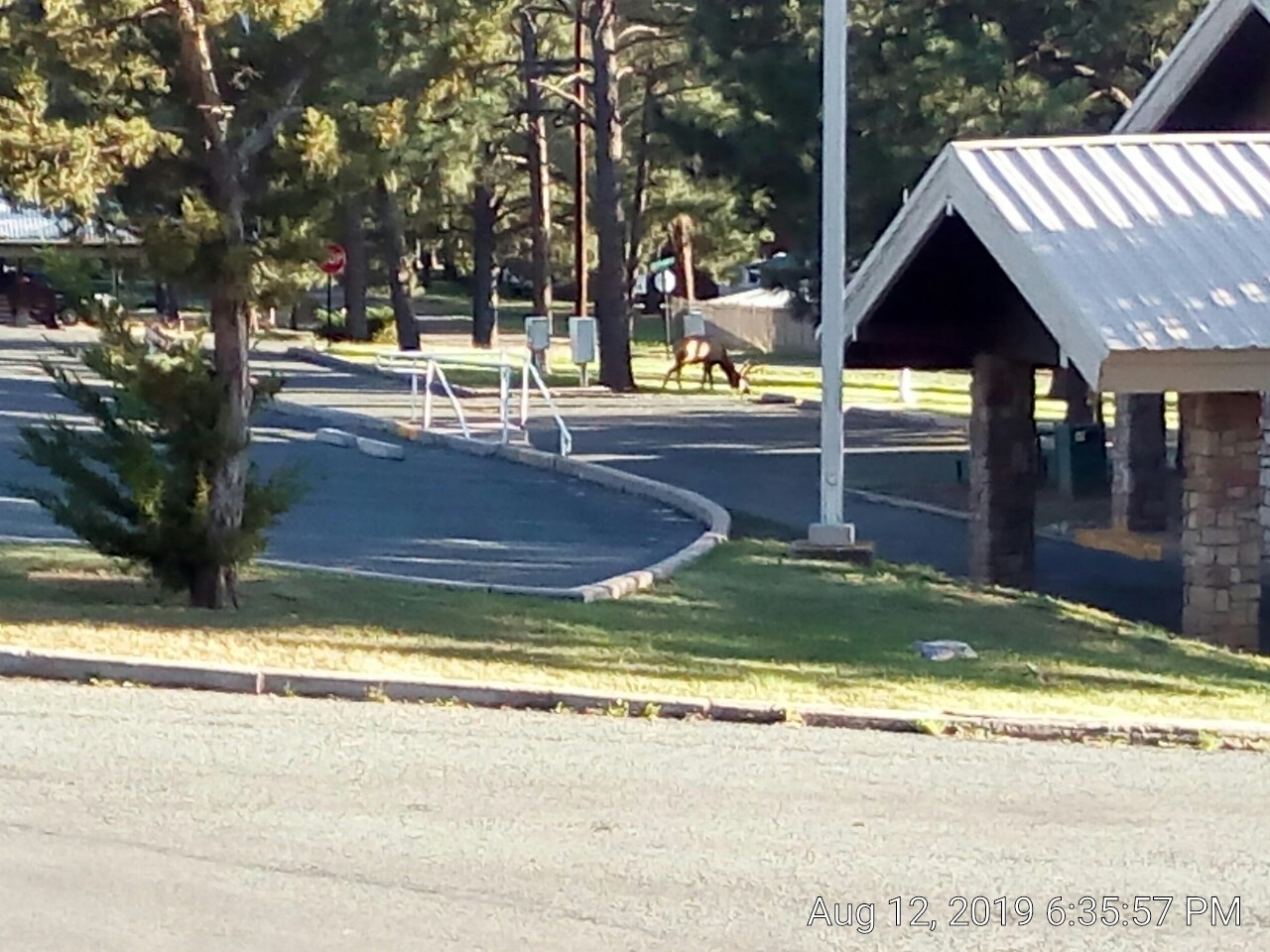 There were still mothers pushing strollers in the park and they didn’t seem alarmed.  So I assume this isn’t unusual. 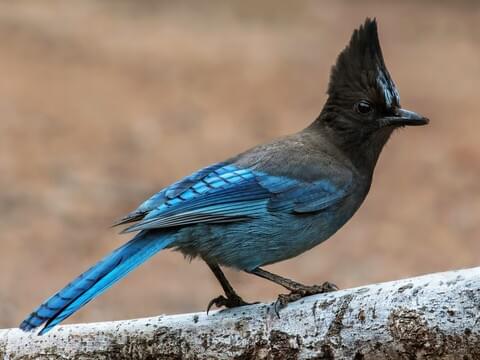 ntify birds.  Still new to recognizing the tiny details so it takes me a long time.  The Merlin bird identifier at Cornell has been helpful.

One bird I wanted to ID  was a large jay that was as much charcoal-colored as blue, and who had a prominent crest.  At first I thought it was a Mexican Jay, but the crest says he is a Stellar’s Jay.  I think this is a good looking bird.

There are a surprising amount of hummingbirds at elevation.  Normally they fly up to the sliding door to look inside but don’t enter.  Then a couple weeks ago I was standing at the “workstation” and a hummer flew straight in and hovered by my head.  I don’t think he saw me there because it was relatively dark (shaded) in the van.  The thrum of his wings was really loud and he chirped from time to time. I’d never thought about them chirping before.

My favorite birds out here are ravens.   Big, superintelligent birds that seem to have no fear.  When I was camped at the organ pipe cactus national monument there were signs warning campers to store small items or the ravens would steal them.

I was camped outside Cloudcroft at ~8500’ and took a walk through the woods.  I noticed what appeared to be fossils of fragmented shells.  A bit more looking revealed some more intact examples: 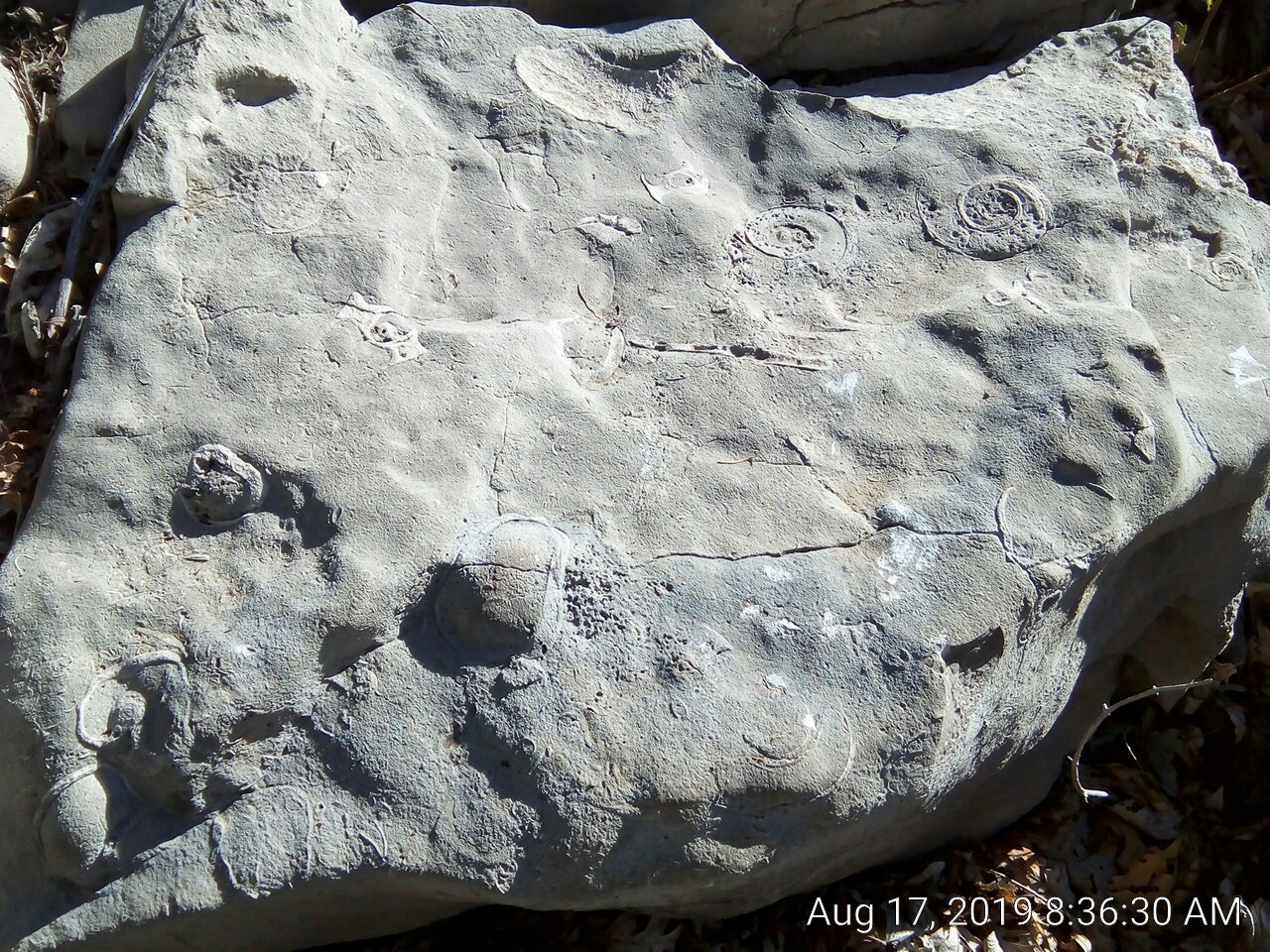 There were also some ropy fossils that I suppose were crinoid stalks.

The brachiopod (?) fossil below is interesting because the ridges of the outer shell were replaced by a different mineral than the rest of it.  This makes the ridges stand out: 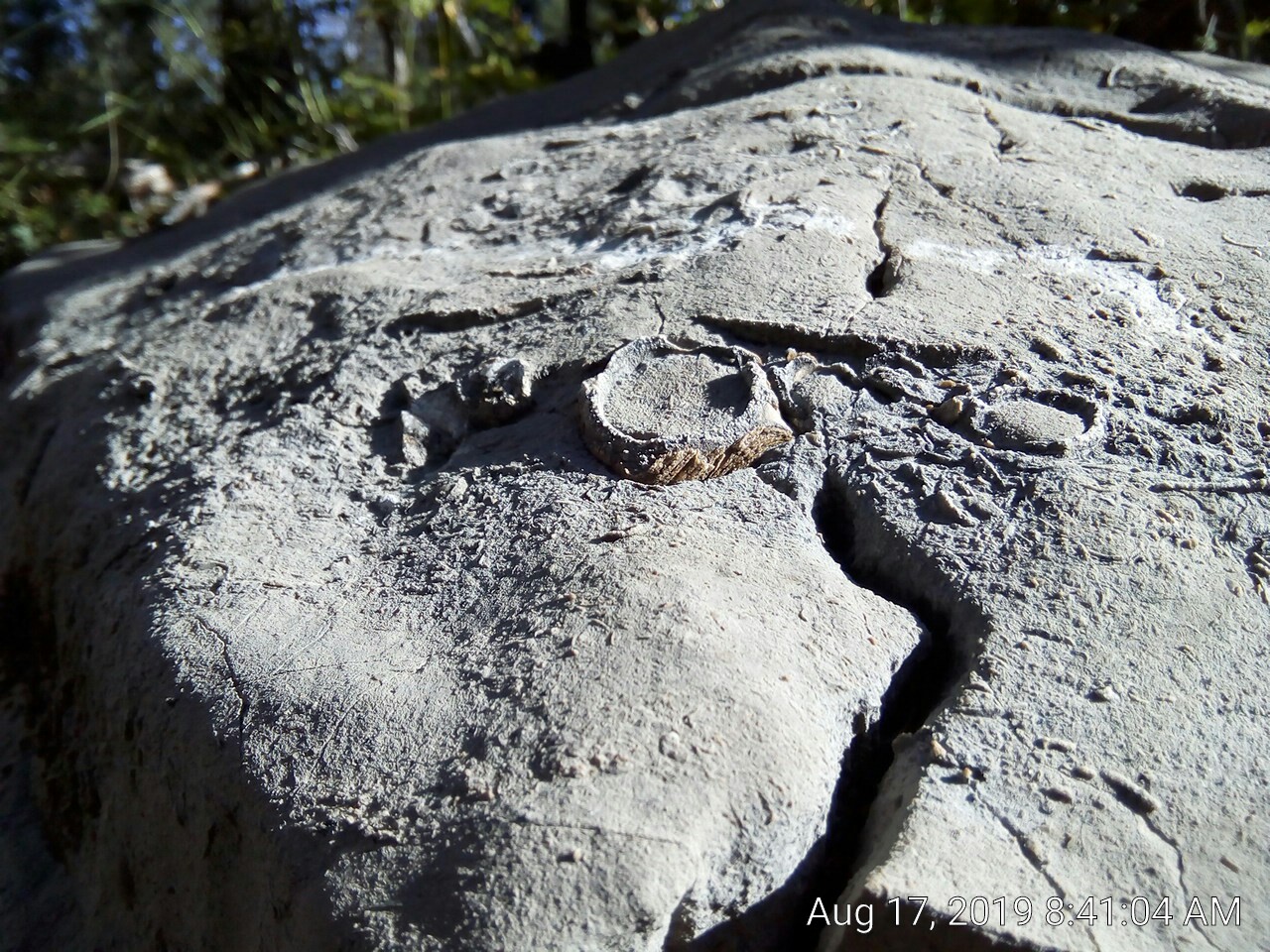 I bought a book on geology of the southwest but haven’t started on it yet.