For this 4-day weekend (courtesy of the 4x10 schedule) I sought out some higher elevation.   I am camped at 9600’, a personal record. 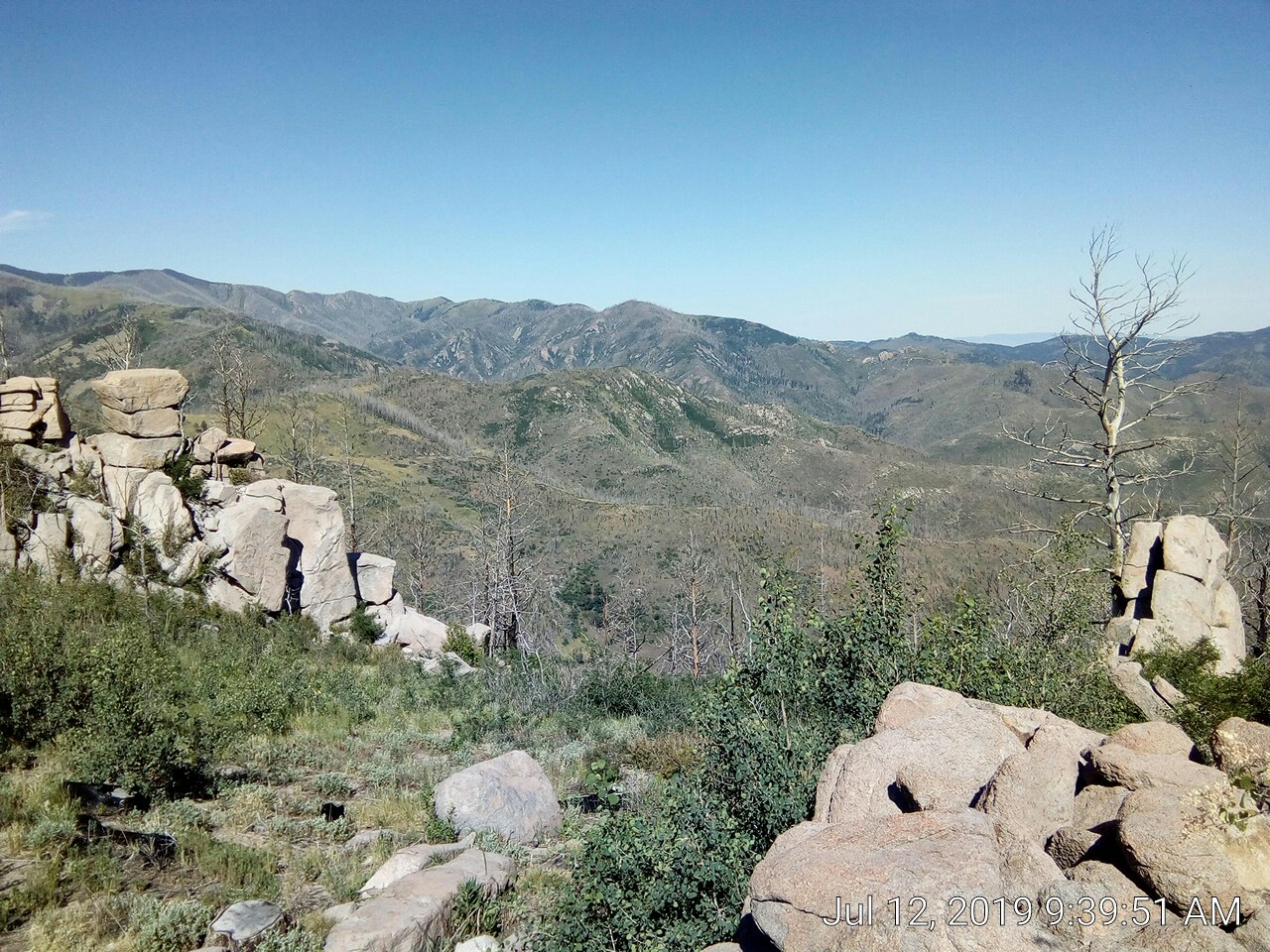 On the first couple of days I learned to limit my hiking excursions to about an hour and a half.  The dizziness and shakes hit pretty soon after that which is dangerous for a solo adventurer.

I started out here near a CCC firewatch tower: 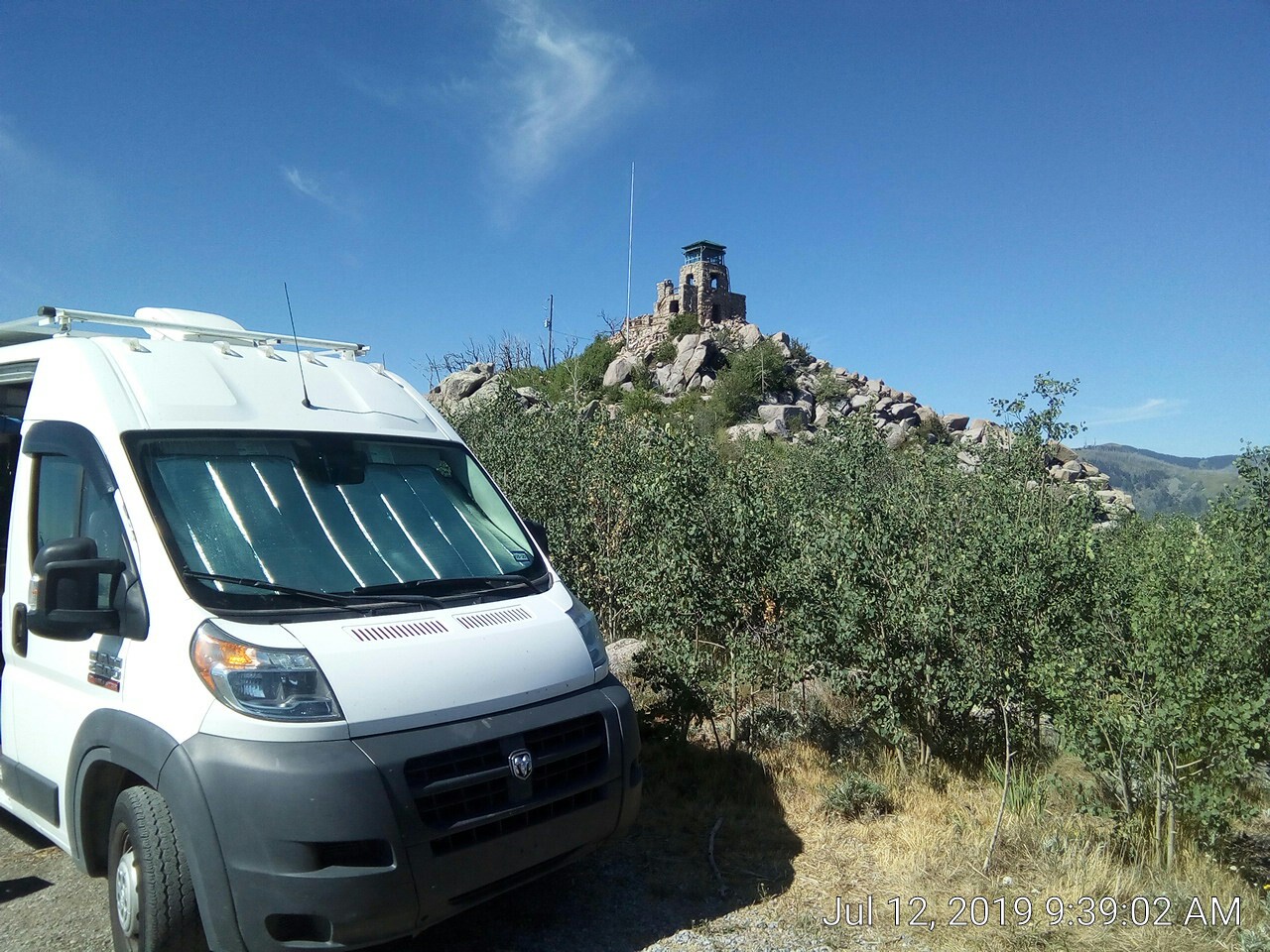 but there were plagues of bugs and then plagues of anklebiters who had been SUVed up the mountain to see the tower and, apparently, to shriek as if they were possessed by entities that had just been splashed with holy water.   Older feral children threw frisbee and nerf football in an alignment carefully chosen to ensure any strays would hit my [operating] stove.  I was cooking dinner.

Since neither I nor the mini barbarians went over the adjacent cliff that afternoon we can be sure my VA-provisioned meds are correctly prescribed and dosed.

To get away from both pests I moved a couple hundred yards off.  Silence!  Almos no bugs! #gratitude

In this pic I am sitting near the edge of an outcropping.  I am phobic about falling off high places so I stayed about a foot from the dropoff.  The gravel approach can be seen below: 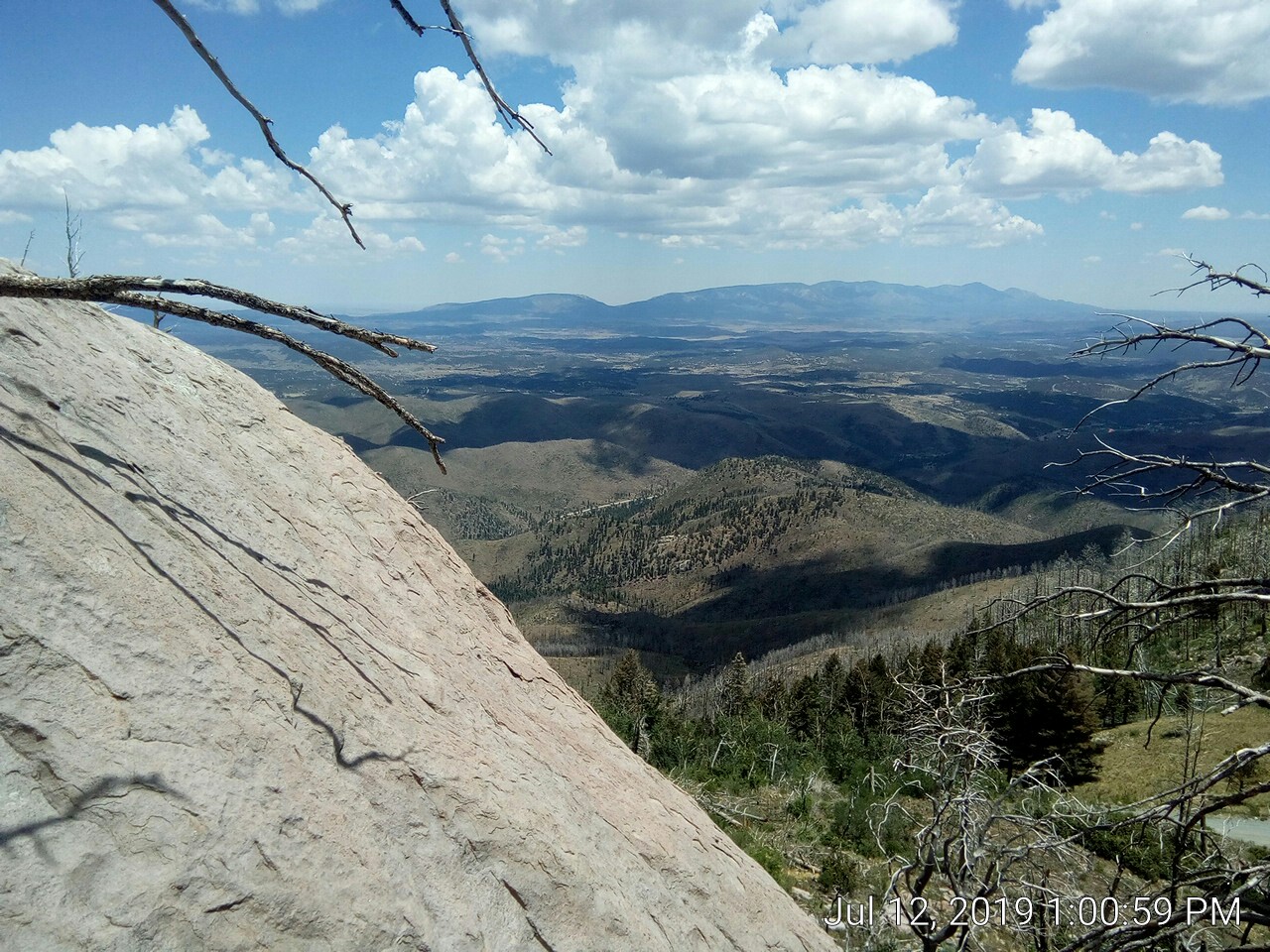 mountains up near the clouds[/caption]

More edge-sitting.  Those are (or were, see below) full size trees down there: 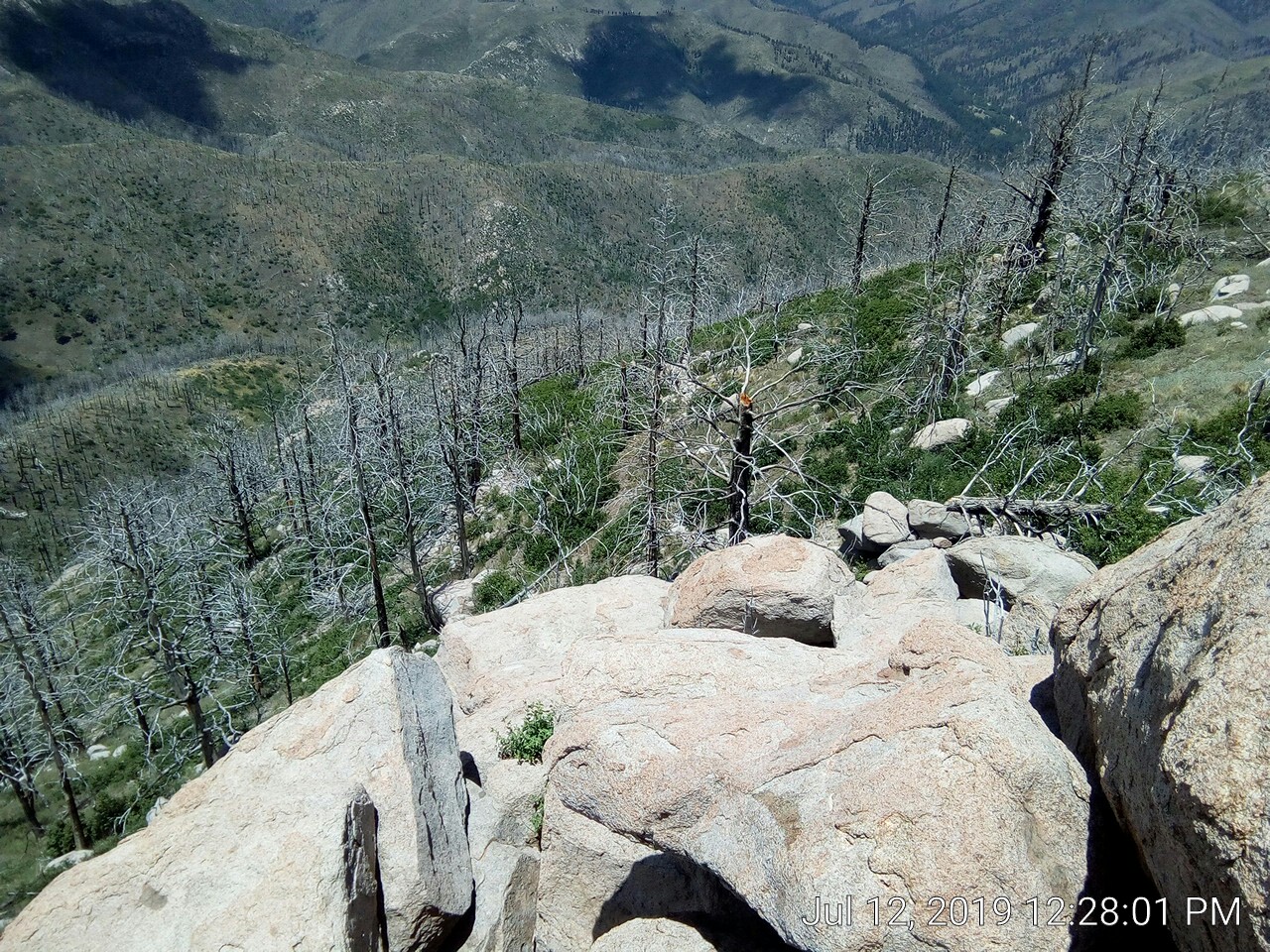 There was a fire here a few years back and many of the trees haven’t recovered.  I’m not sure how such a fire spreads since the trees were already thinly populated. 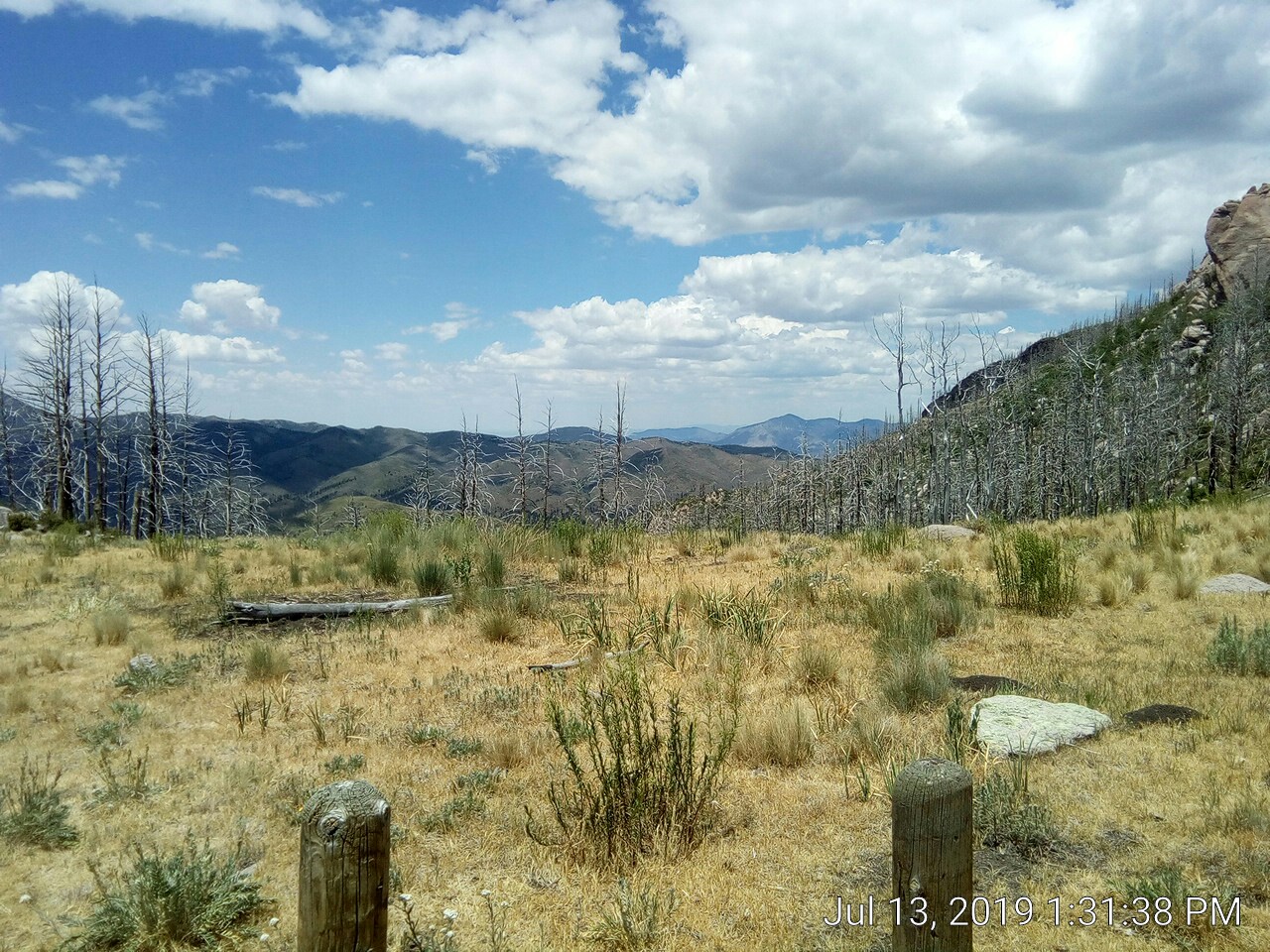 Still it has great hiking and interesting boulder formations. 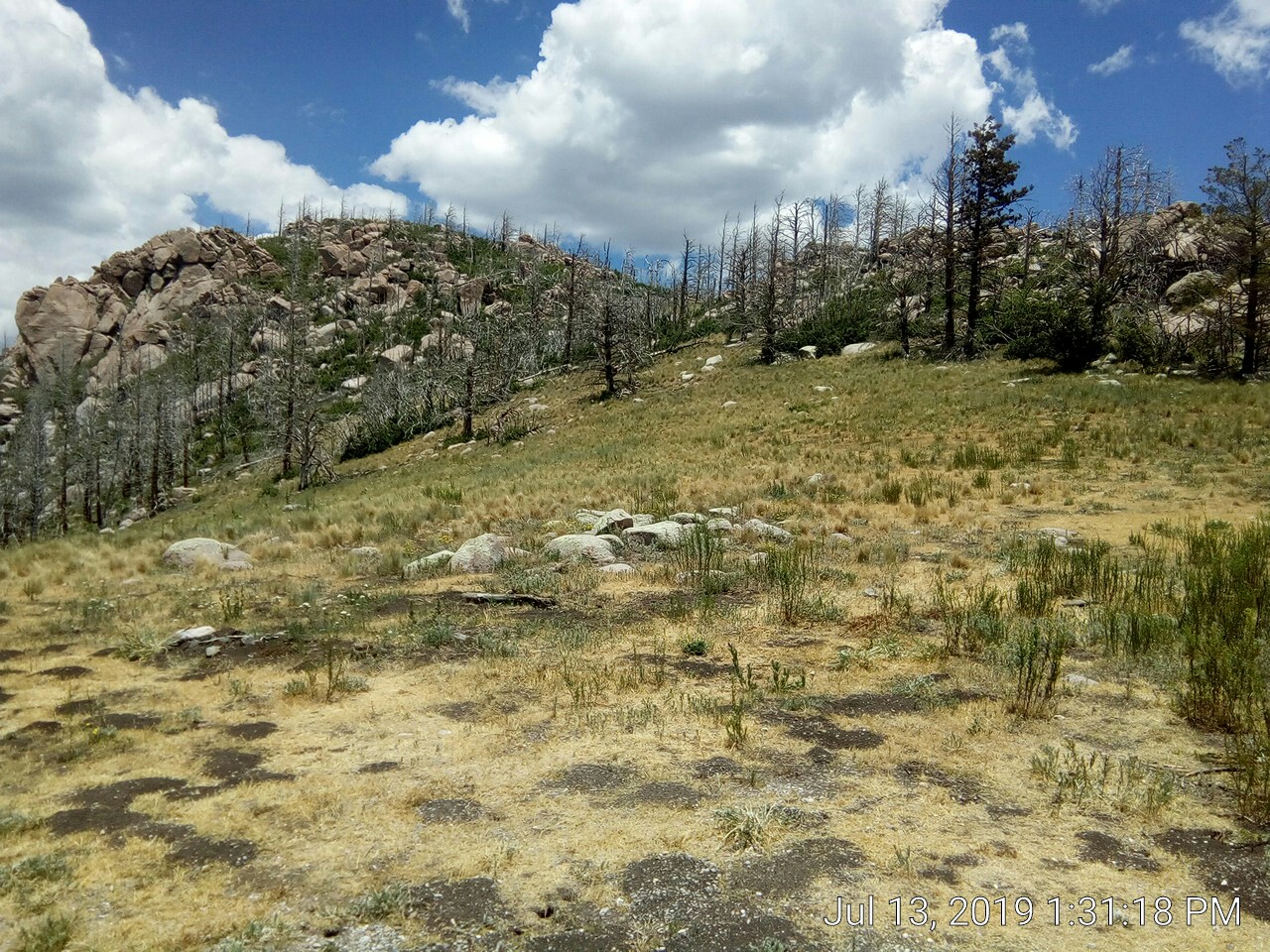 There are some huecos holding water: 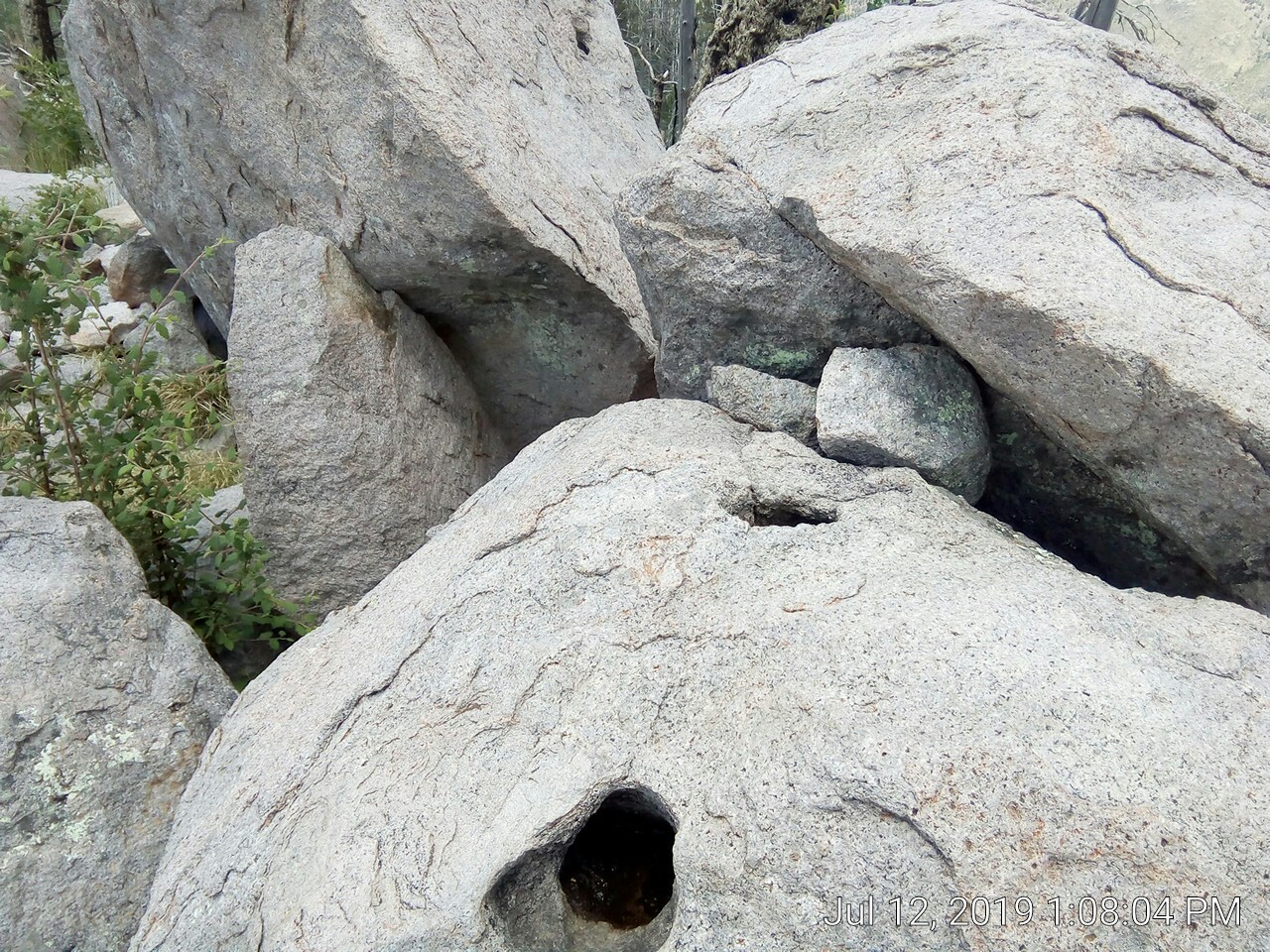 In this terrible pic there is a hueco in the central boulder and a bird is drinking from and bathing in it. His tail is sticking up like a little flag.  The pic was bad because of digital zoom and from my shaking due to the fear of falling. 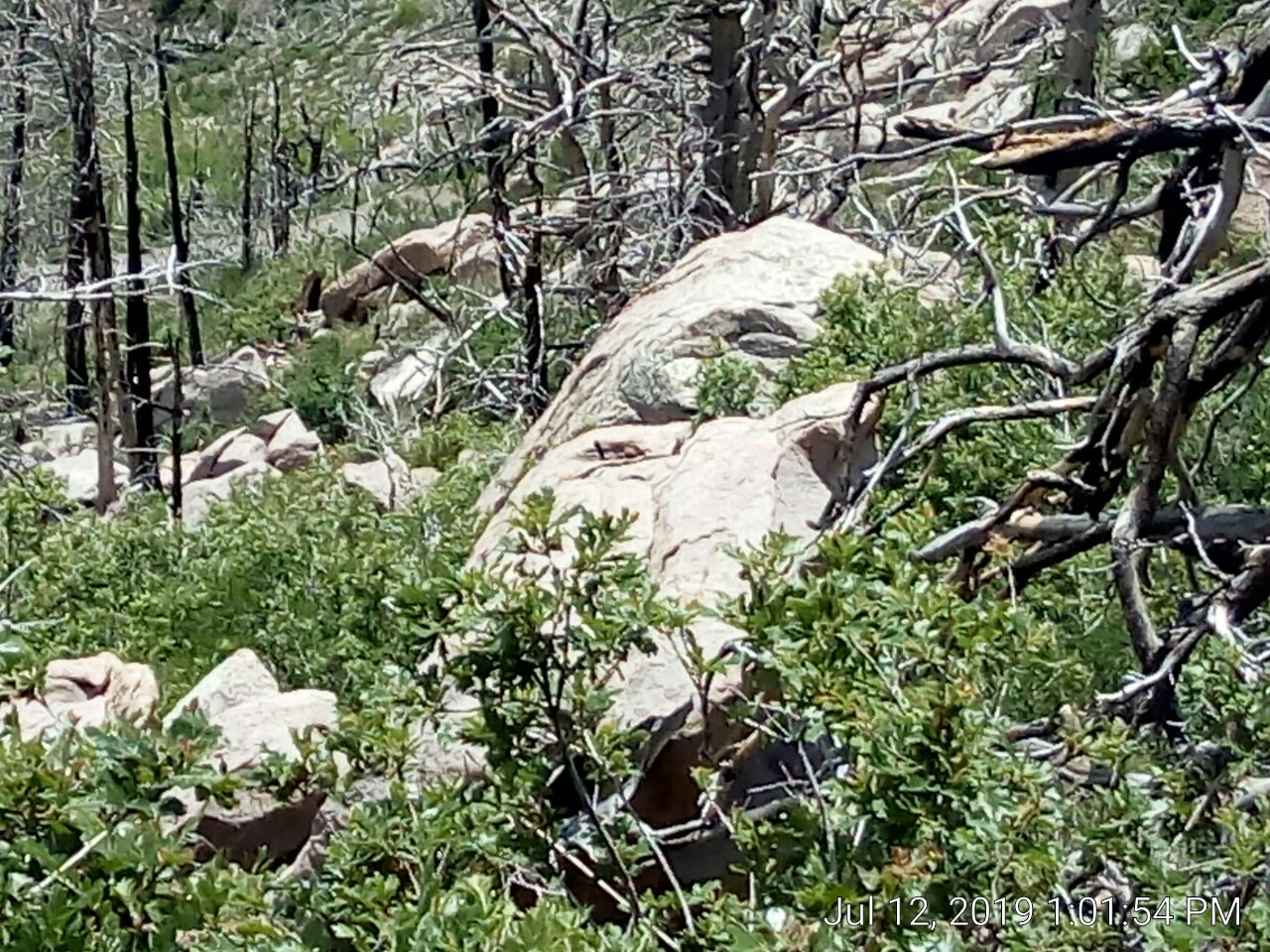 The air density really is different up here.  This is an unopened bag of baby wipes I bought in ELP at 4000’ and took up here to 9000+.  It’s trying very hard not to explode. 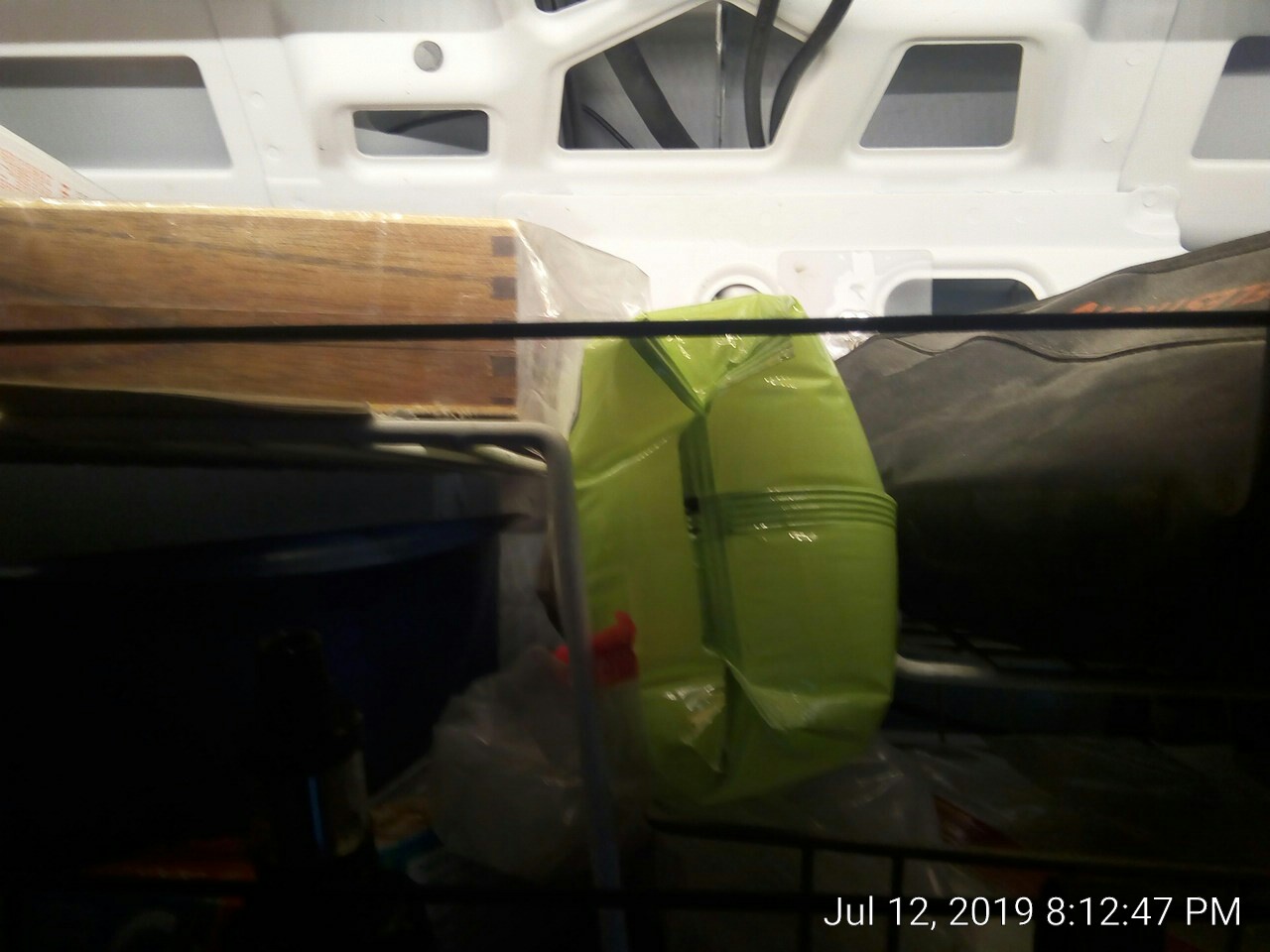 Animals seen:  large fox, tall/willowy robins, vultures, a pair of deep brown raptors (golden eagle?), gray rock squirrels.  Copious hummingbirds, bumblebees.  One gopher.  Lots of gopher holes, so either he was really good at his job or he has friends.

Animals heard:  elk.  A local pointed it out to me.  She said it was an odd time of the year to hear one but that it made several bugles.  I heard the last two very (very) faintly and then no more. What a weird sound.

It was hard to get this post out.  I have decent signal (2-3 bars) but very little throughput.  I bet I am talking to a tower many miles away from this mountain top.