Today at work we started 4x10 shifts (4 days x 10hrs/day), and added Saturdays.   The change is really good for me personally.

10hr days mean I will be in a climate controlled environment two morehours each work day.  Not a big deal in the winter, but in the summer two hours indoors is a big win.  It will also decrease my water consumption a bit.

Days off during the week as the shifts rotate.  Weekdays off can be very productive as everything is open.  Weekdays are also a good time to visit national parks, caverns, etc.

Temps hover around 100F in ELP now, so I escaped to the Lincoln national forest again.  I camped on the Cloudcroft side rather than the Ruidoso side.  A bit lower than last time, ~8650’.  And two bars of Verizon, yay!

This large forest is the closest high elevation camping near me.  Temp is 77F as I type, and will peak at 81-82F this afternoon. 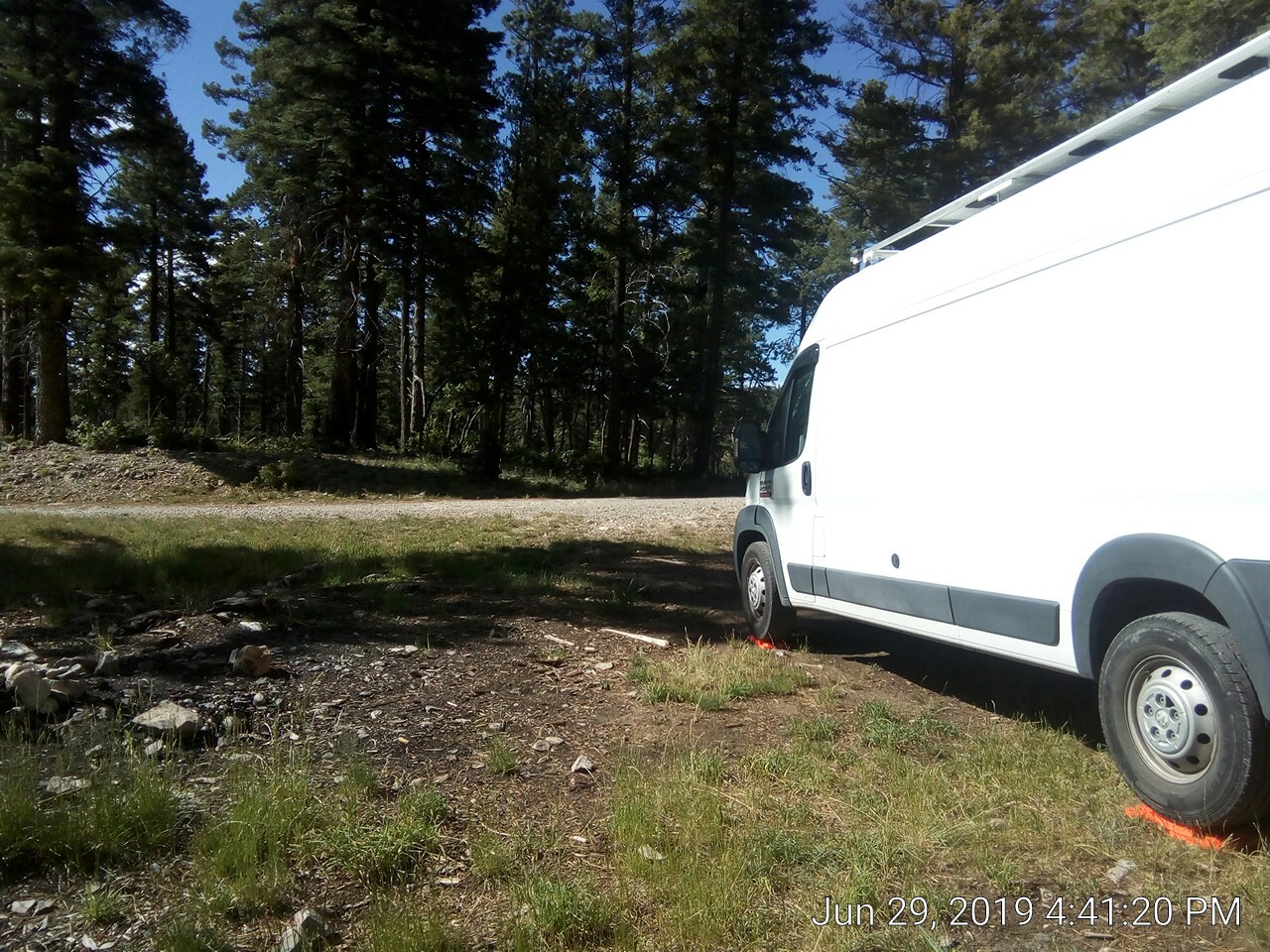 still on the ridge; note the blue sky behind the trees[/caption]

I don’t usually make campfires, preferring to cook on pressure stoves and illuminate with a cold-blast kero lantern if I want area illumination.  I made an exception this time because there was so much downed wood. 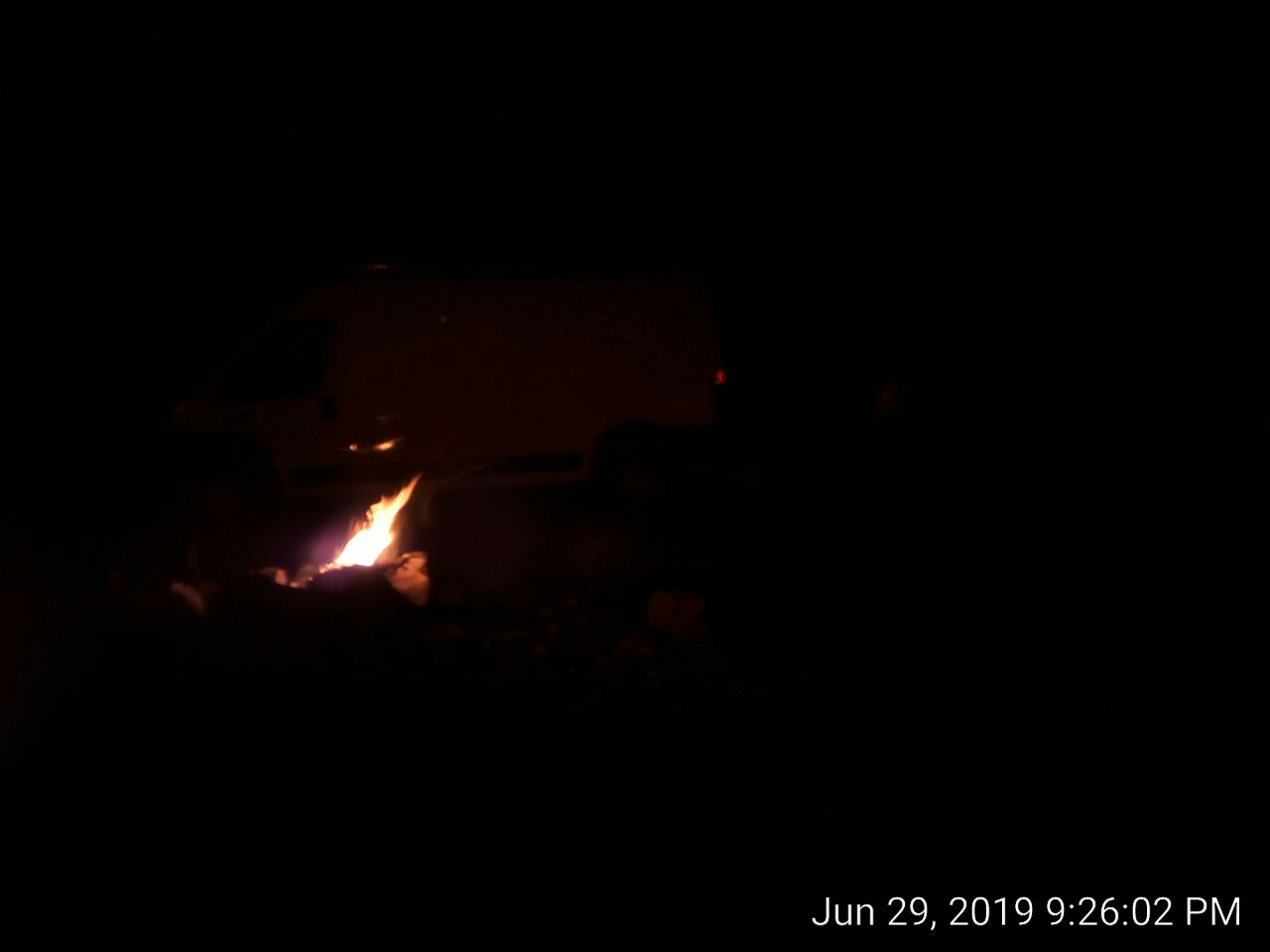 the Great White Beast is hiding in the background[/caption]

The area is also approved for firewood harvesting, up to 13 cords (!) per year.  I am glad it’s available, because folks who live up here likely go through unreal amounts of wood heating their houses in the fall, winter, and spring.

I cooked up 1.5c of dry pinto beans for dinner.  Browned some onions in olive oil with deadly little dried whole chiles, salt and pepper.  Added garlic at the last moment to keep them from scorching (ugh!).  10lb of pressure in the cooker for 31 minutes did the trick nicely. 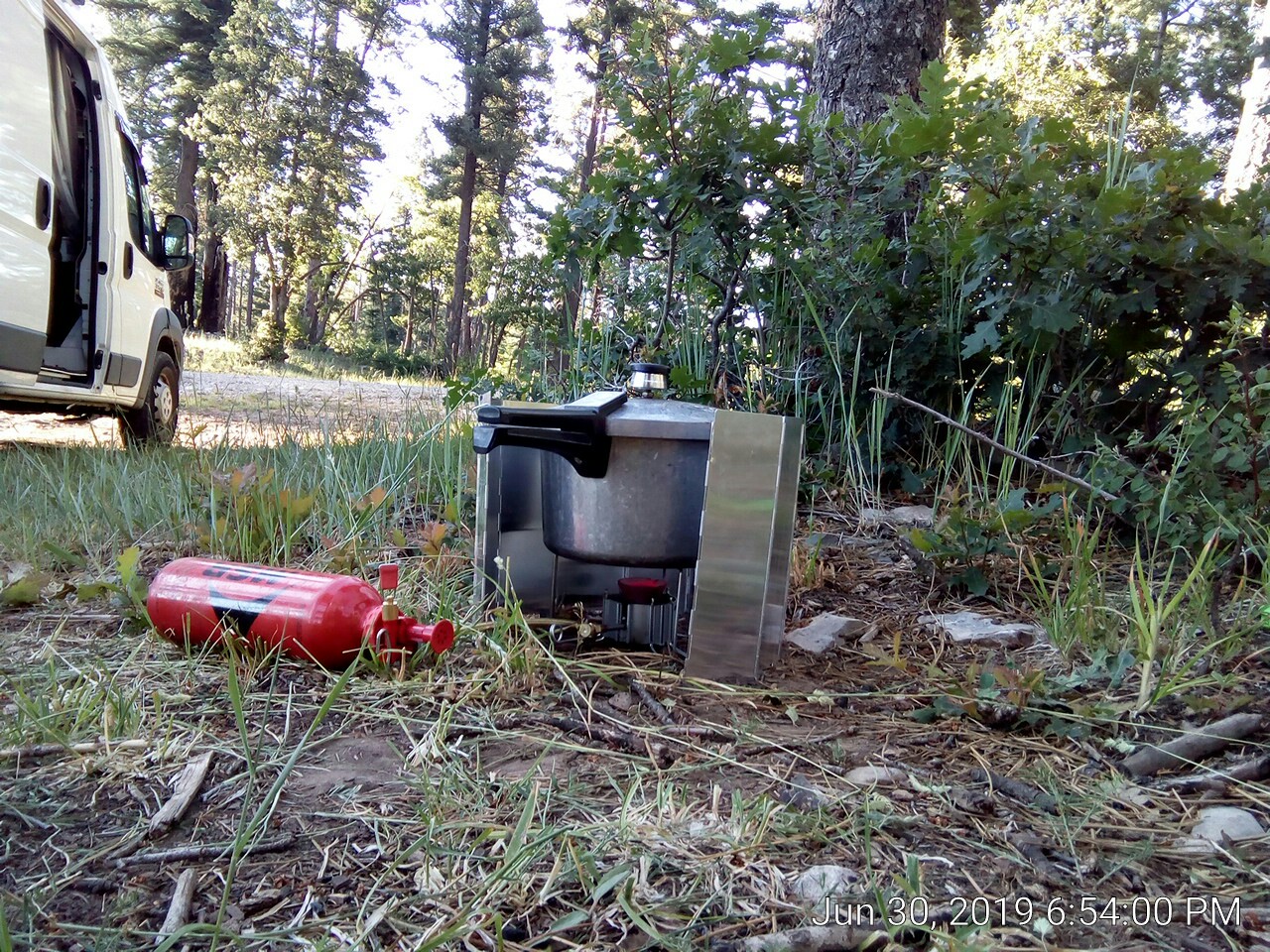 Ate with a bit of ketchup and sriracha.  :-)  There was enough left over for breakfast.  I served the leftover pintos over torn chunks of toasted pita bread.  Simple and satisfying.