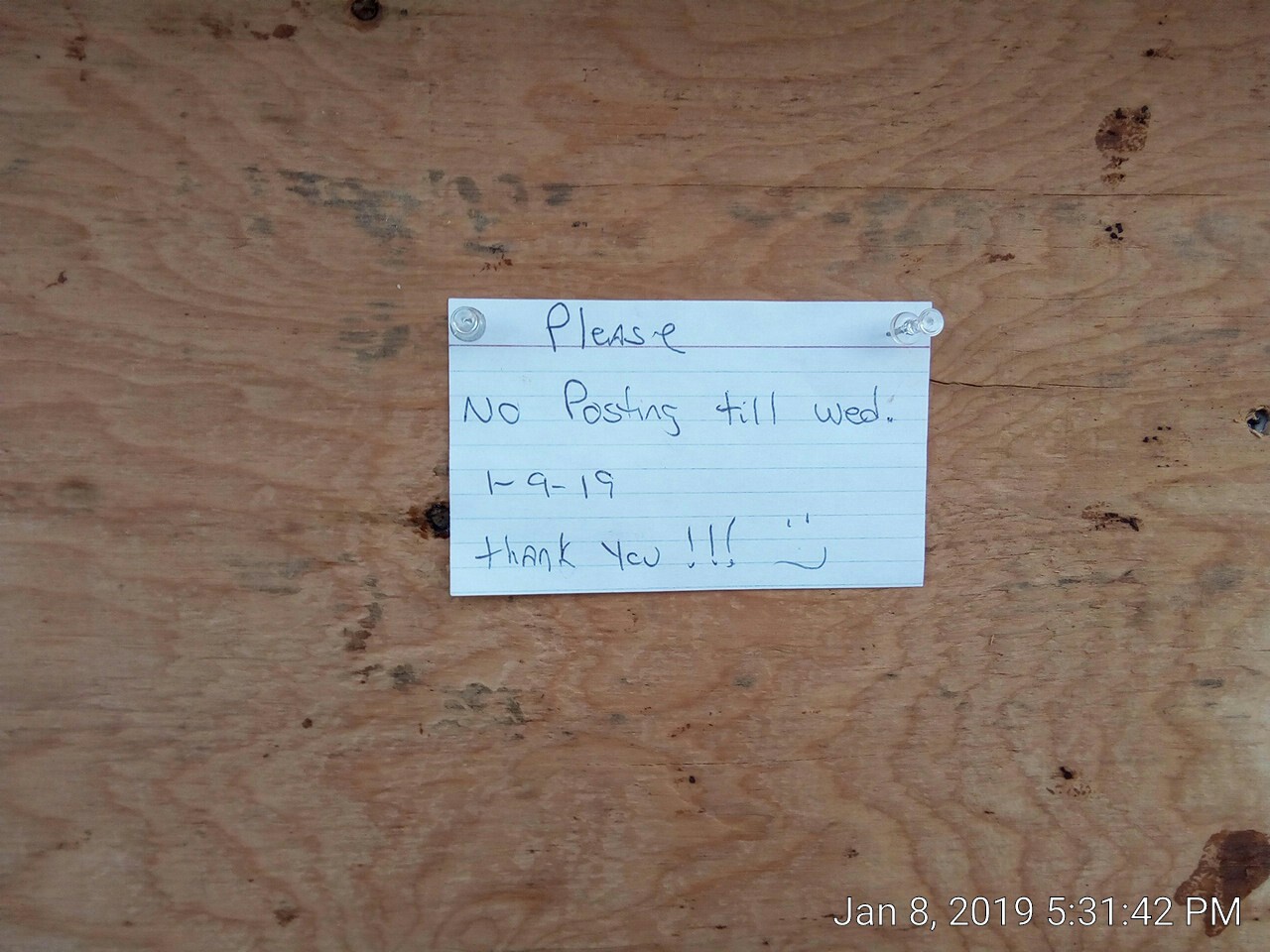 The theme of the 2019 RTR seemed to be “you can’t do that”. Not talking about things that are intrinsically counterproductive or against BLM rules. Just arbitrary and weird [mis]organization restrictions.

Like the pic above. The bulletin board facilitates communication between RTR folk, so let’s forbid using it until the official open. WTF?

Or the entrance to the area itself posted with dueling signs (and not apparent self-awareness):

Or the roped off Staff Only area inside.

Last example. I had some stuff I had carried to the RTR to put on the Free Pile. The Free Pile is a tarp (or tarps) where you can put stuff and other folks can poke through it. Not a complex idea. But when I approached the Pile:

Hall monitor: “we aren’t accepting donations until 9am tomorrow, at which time they will be processed.”

Me: (struggling to understand) “what does processed mean in this context?

Monitor: “We will receive it at this table and place it in the appropriate spot on the tarp. It will be simpler…”

Me: (with a snarl) “What would be simpler would be to let people put things on the pile.”

I left The Pile in disgust, and a few days later would leave the RTR in disgust. i stayed on a few days because I met some interesting folks who made excellent conversation (Hi, Nick, Donna, Laurie and Stephanie!). Otherwise I would have left even sooner.

There is a saying that if you make a product foolproof then only fools will use it. I think that’s the deep issue of the RTR – Bob has set it up for the drooling clueless which restricts usefulness to others. That’s ok, it just makes it more likely that more informal meetups will happen.