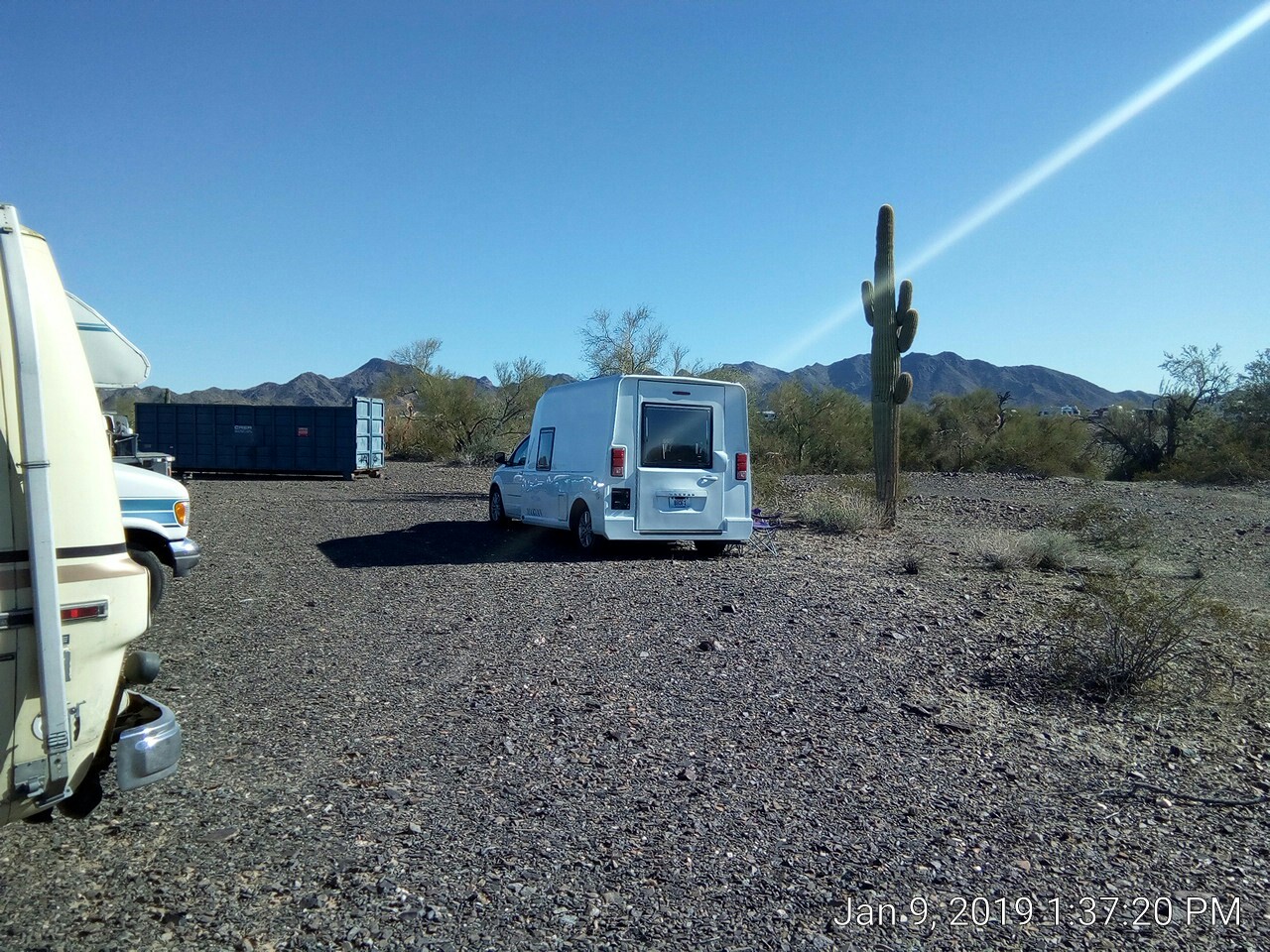 There were two (!) of these little beasts at the RTR, and I’d never seen even one before.

It’s a Dodge minivan with a fiberglass rear half. Apparently they come as an empty shell except for an area with the house battery, converter, etc in it.

I think it’s terrific, and would sell like hotcakes. Apparently, a family that makes handicap-enabled vans did these for fun and doesn’t plan on doing more.

I met one of the two owner’s, a genteel matron from Atlanta. This was her first outing in it, I think. I hope she is doing well.