Last sunday I came back from the Organ mountains a little early so I could get in a couple of hours at the shelter. 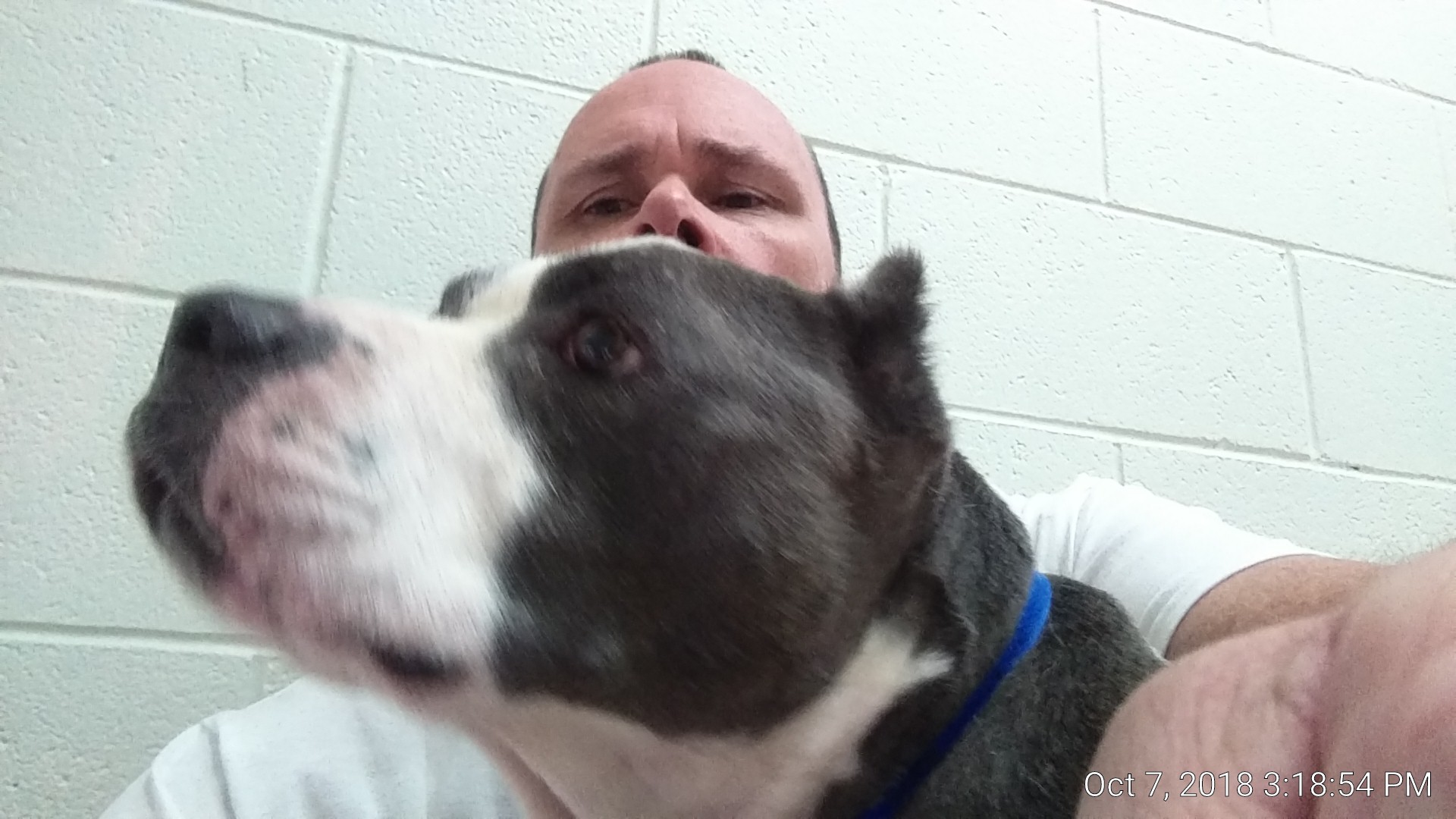 Pretty sure he was a fighting dog because of the scars on his face and the butchered ears.  He was pleasant, and responded some, but had a real 1000yd stare going.   Like, “I seen some shit.”

After about a half hour he did wag his tail some, and ended the session with his (heavy) butt in my lap.  Since folks like dogs that come up to the fence and greet them, Max might have a longer stay than usual.  I think he’s a good dog, and I told him so.

The other dog I spent a good amount of time with was Scooby: 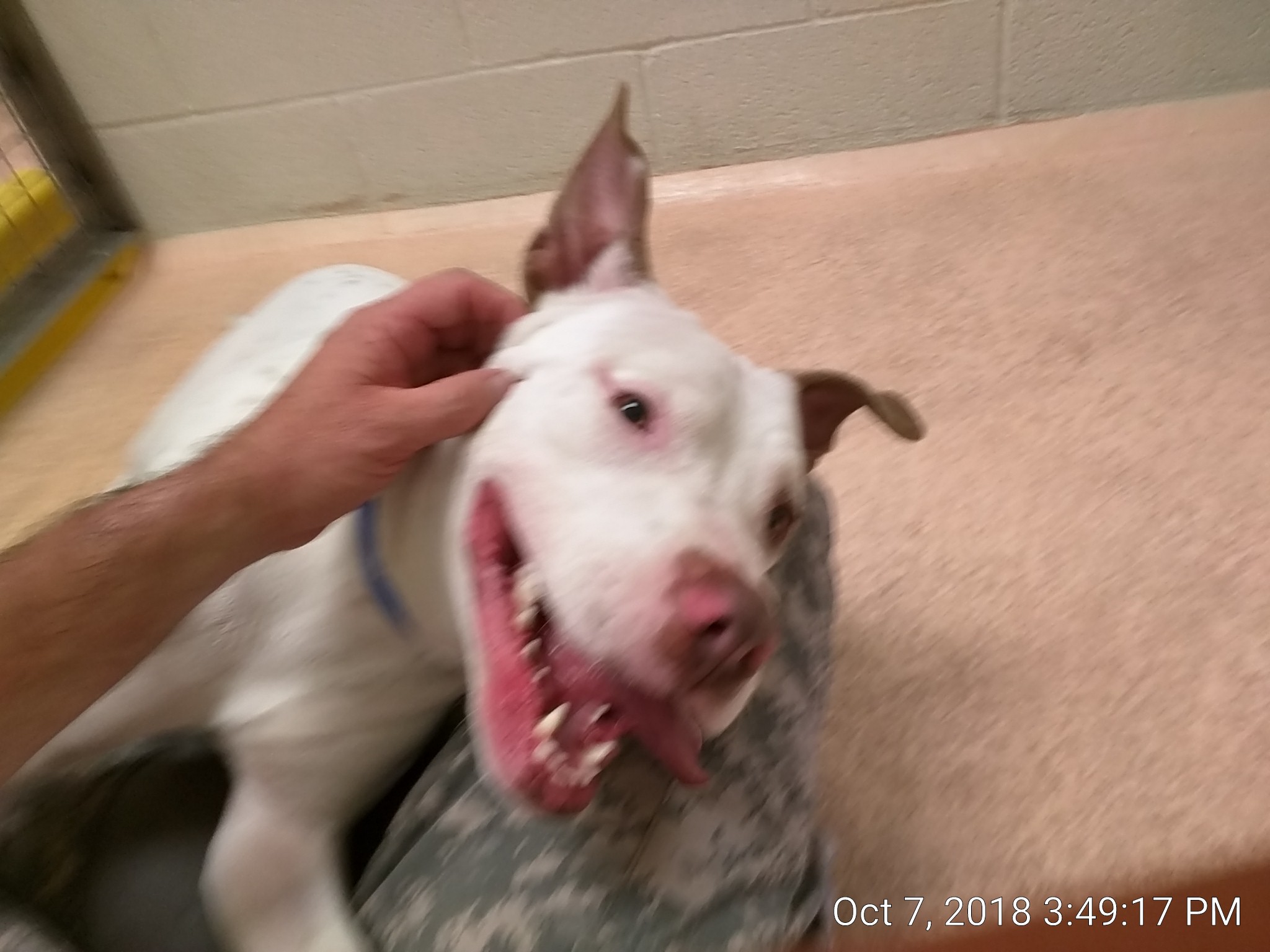 Scooby was always in his bed when I saw him, so I joined him in his area to see if he was withdrawn or something.  He was as spazzy as Max was understated.  Really funny and affectionate.  He had a rope chew toy that he whipped around furiously.

I don’t know why, but pit bull dogs are usually the most relaxed at every kennel I’ve seen.  Other dogs can be going wild and barking but the pits don’t seem to notice it.  Beneath them, I guess.