It’s been breezy, hot, and dry near Flagstaff but until now there were no wildfires. 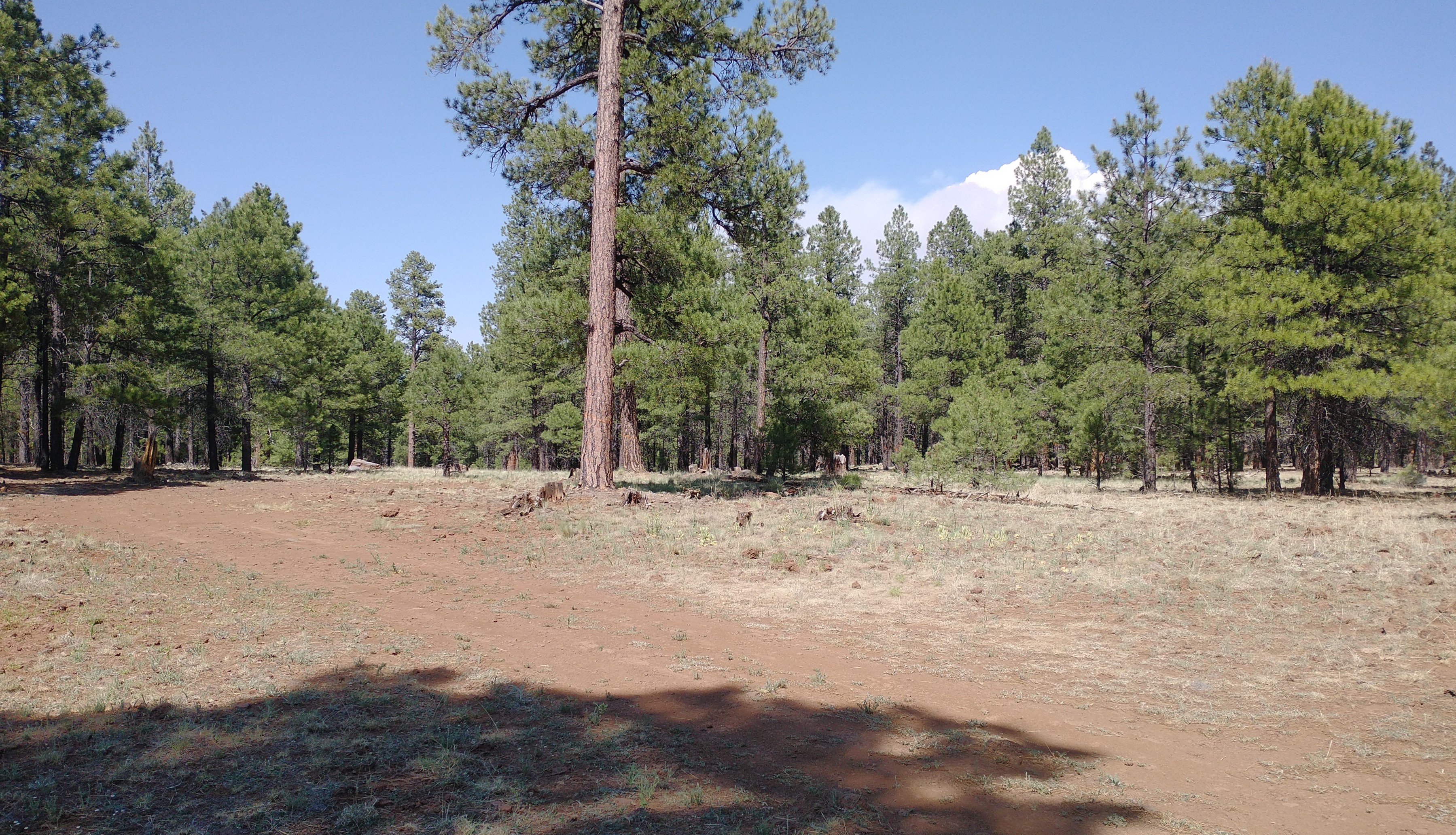 The white puffy stuff is wildfire smoke ~9 miles to the east. Luckily the wind from it is blowing directly away from the campsite. It’s time to move tomorrow morning anyhow, but I’ll keep this relatively short to get everything packed.

The fire is called Pipeline If Flagstaff becomes wildfire heavy this summer things will get complicated, altitudinally-speaking. There is nowhere reasonably close to escape to where it is as (relatively) cool as this.

It did rain briefly yesterday, and there was thunder coming from the general area of the fire. Lightning caused it, maybe?

My 2-hour-window solar setup works well enough in clear skies but overcast and 2 hours is not good. Hit a record low overnight with the bank at 26% by morning. It continued to drop to 22% before I got decent sun at 11am (when the window starts). Works fine, but running that low makes me antsy.

Seen on a forum, in a thread about RV parks with rules that exclude rigs >10 years.

Neighborhoods have associations with rules one must accept before moving in.

A comedian once said he approves of sports bars because all the [redacted] are collected in one place so he knows where they are.

That’s a terrible reason, IMO. Why should others be responsible for the performance of one property owner’s uncertain investment? Is there some master list that shows which of Mr. Jones’ investments we, collectively, are responsible for?

Not talking about present company, but quite often in my experience “property values” is a fig leaf for unsavory opinions that are no longer acceptable to express in public.

My take on NIMBYs.