I’m going to be in North Bend a few days.  I have a package coming in from Amazon and the forecast says the weather will be mild here for the near future.  It will peak at 78F today then stay in the mid-to-high 60s for the next week.

There is a self-described boardwalk area east of what appears to be old downtown.  A previous ruined structure is just off-shore: 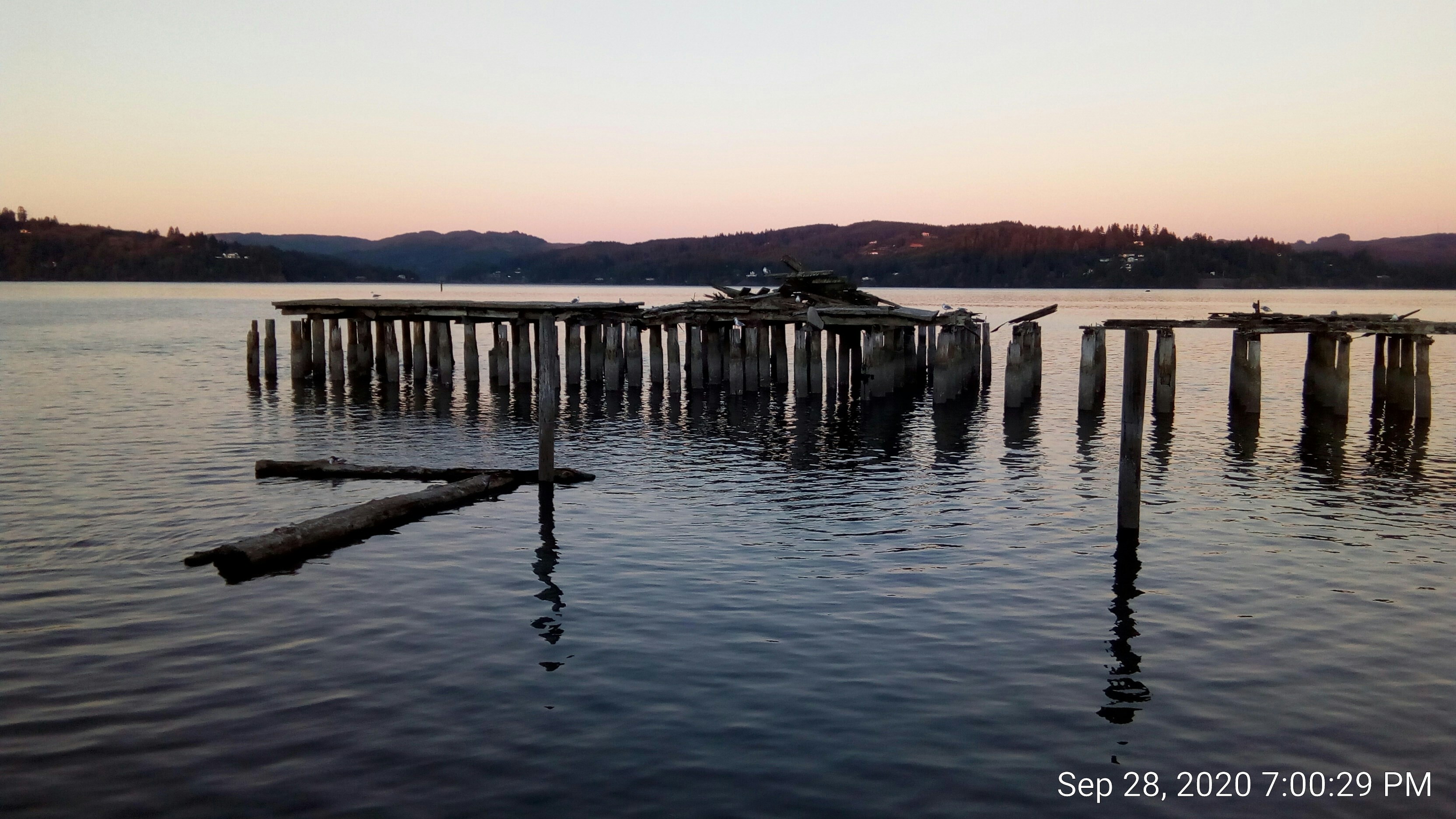 at first I thought it was the original boardwalk but there are sizeable slabs of asphalt on it.  An old pier or a bridge?

On the southern end of the boardwalk is what appears to be a junked ferry.  It’s locked away behind fencing but I took this zoom shot between the strands of barbed wire atop the fence: 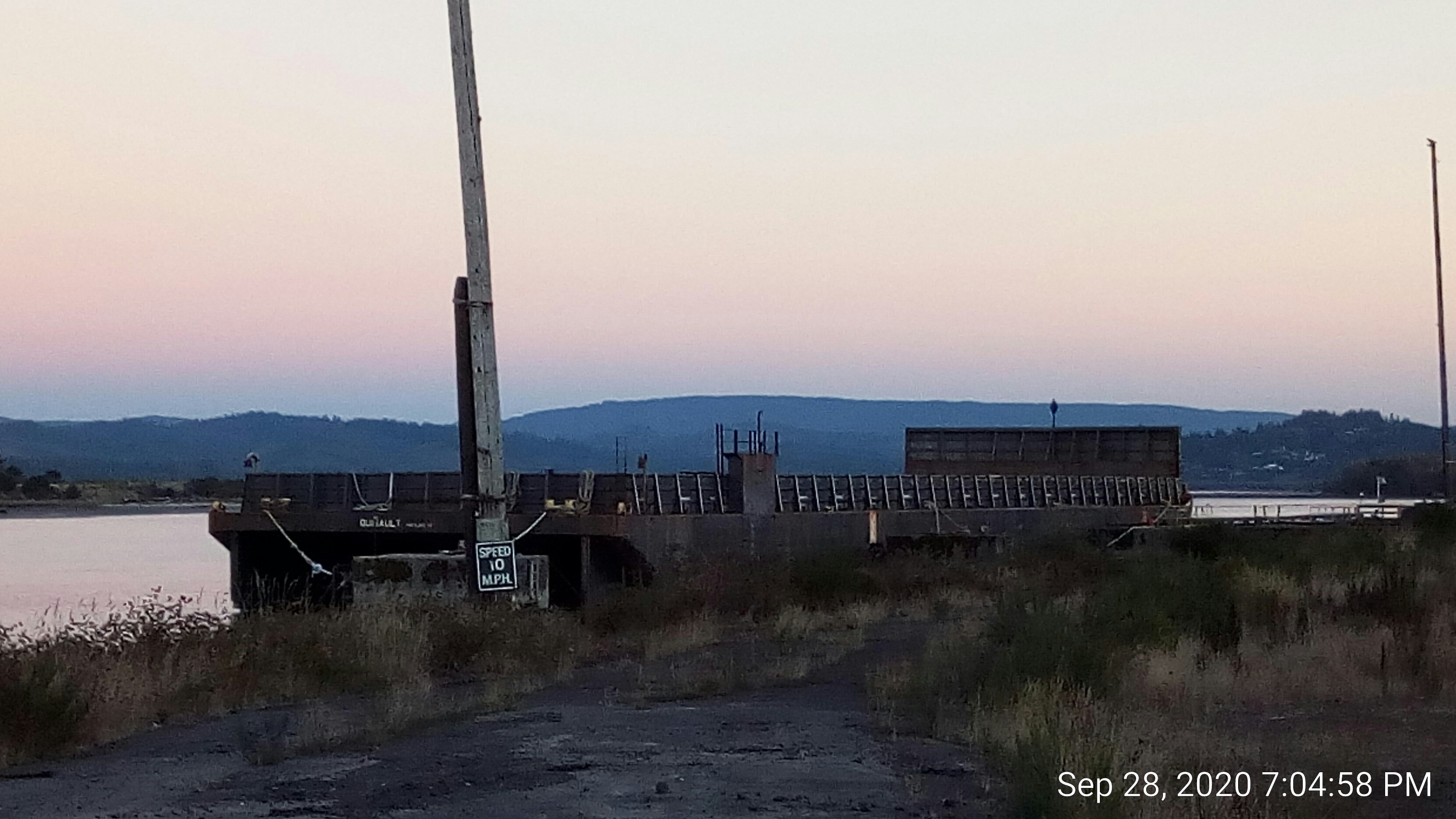 I stealthed in the city and then found a a spot to let the dog and solar panels lay in the sun.  The Horsfall Beach OHV staging area is a day use area.  It’s mainly for folks to [un]load their offroad vehicles and play in the nearby sand dunes: 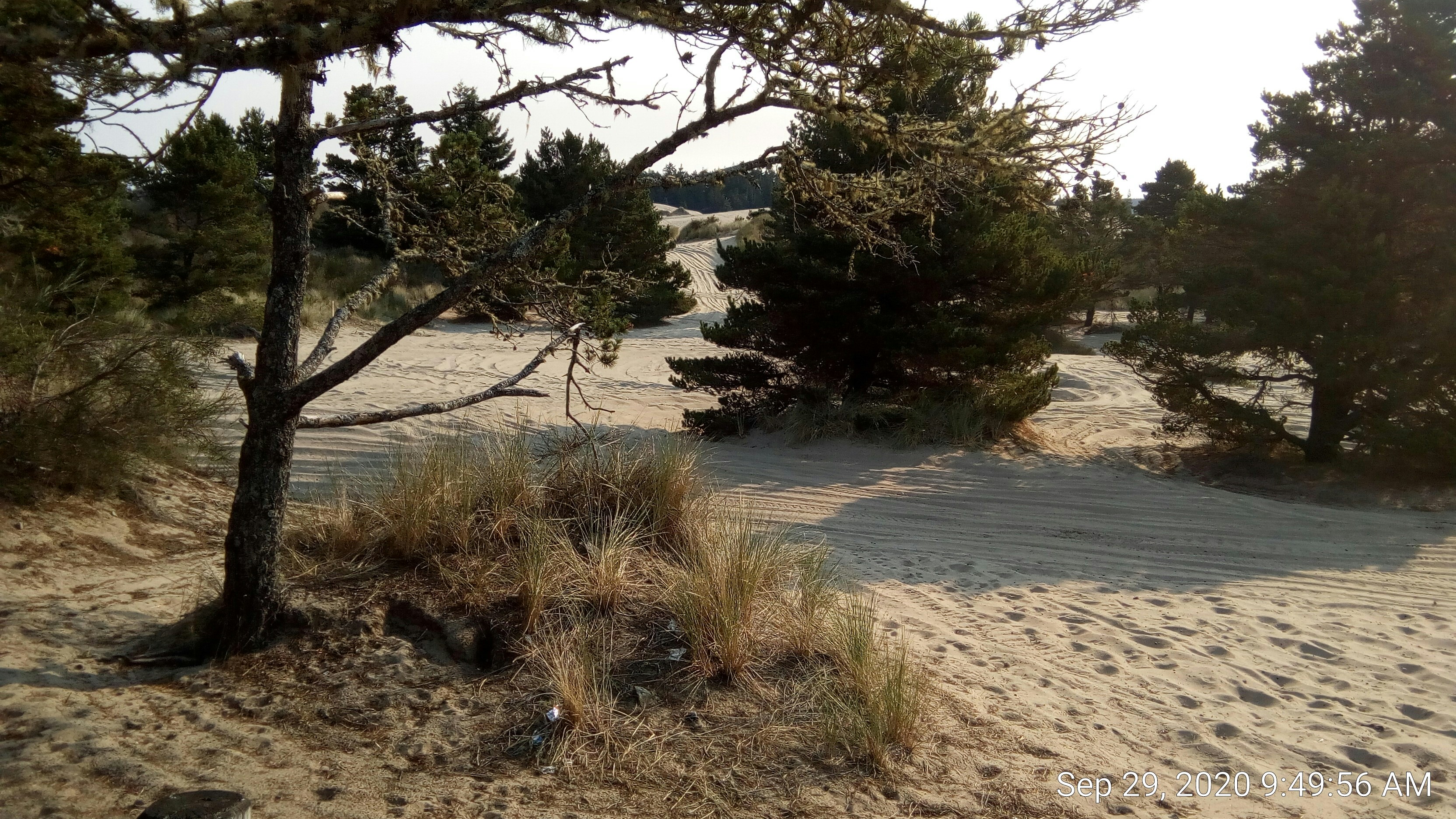 It’s probably crazy on the weekends but I have it to myself this Tuesday morning.  There is a flush toilet, trash cans, and allegedly potable water in the sink.  The faucet is even “water bandit” adapter friendly, making water harvest even easier.    I have 27gal in the tank right now and so will not top off.

I did grab a couple gallons for the shower bag, and rigged up a quick blind across the open back doors of the van with a spare tarp: 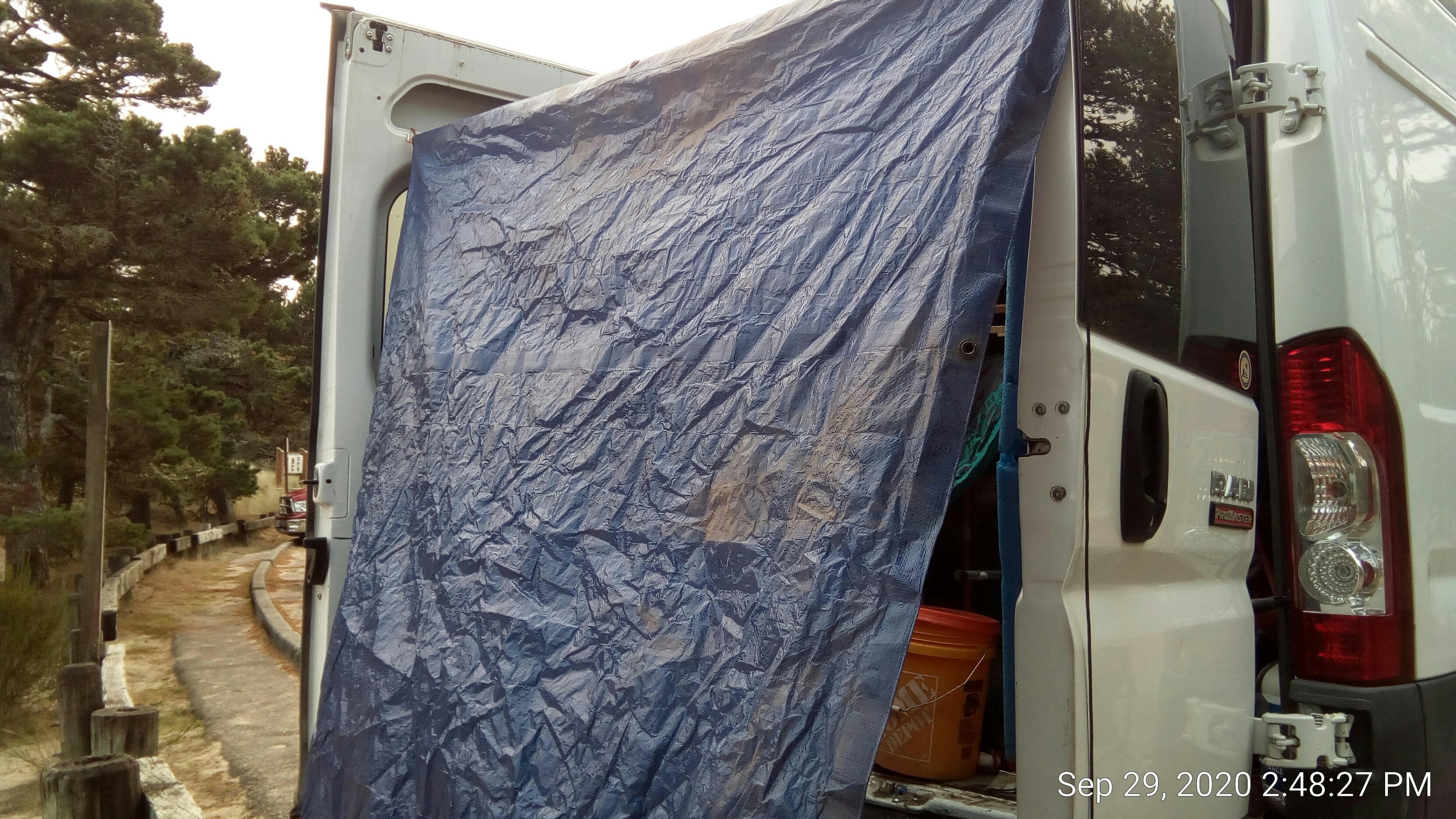 The open end was my entrance and faced away from the rest of the park.  There was a truck and trailer parked in the lot (gad, neighbors have arrived!) and I didn’t want to frighten the locals.

The space defined by the tarp and doors was about the size of a normal residential shower-in-tub setup.  Worked well enough I’ll start doing that more often. If Muffin isn’t careful she’s going to get a bath next time it’s overly warm outside.

My “home” internet is Verizon, and the phone that acts as a hotspot for it lives in the van attached to the travel  router.  My “carry” phone has been a BLU R1  I picked up off Amazon for $50 5years ago.   It doesn’t have any kind of real data plan on it, but does have a 200MB/mo freedompop AT&T sim in one slot and a grandfathered tmo voice account with about 900 minutes in the other slot.  I don’t use the tmo often (or talk on the phone often for that batter) but it only costs $10 every year to renew and keep the minutes.  The carry phone is used around the van and when I am out an about.  I do my best to only use wifi on it to avoid digging into the freedompop emergency 200mb.  I’ve been in places with no verizon before and one bar of ATT so the freedompop freebie was my only way to advise others of my restricted access.  Right now, for example, I have zero bars of Verizon but it is still talking to the tower slowly.  I have 1 bar of ATT and no TMO at all.

The BLU is finally dyng.  In addition to not coping well with modern software (laggy even after factory reset), it has not received an update in years.

The hardware is also failing after long, hard use, drops, and spills.  The power/wake button is starting to get finicky, while the microusb  charging jack has been finicky for a few months.   The charging jack wouldn’t be a huge deal but since it has no wireless charging capability a failing jack is the only charging method.

Bonus Gripe:  I have had far more microUSB ports and cables fail than I ever did miniUSB.  And you could tell which way to plug the mini in. 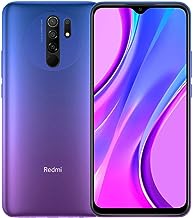 I am replacing it with a Xiaomi Redmi 9 with 4G of RAM.  It’s $20 more than the 3GB version but another gig of RAM might buy it another year of service.  The BLU has 2GB and that was serviceable until this last year. The new phone has 64GB of storage (which is nice) but since I always add a sizeable microSD that doesn’t matter so much to me.

The Miui (Mi UI) layer over Android 10 is a bit bloaty but debloats easily via adb.  That cleanout + the stock 5,020mAh battery (!) should be fine for time away from the van.

It also comes with USB-C, which is bidrectional (yay!) and appears to last longer.

If I can keep the BLU powered I might make it into an auxilliary obdii/dashcam monitor that lives on the dash.  I have a cheap dashcam but the phone-based ones are way more configurable.  I use the Torque app for android to watch the vehicle’s metrics.  The only thing missing that I’d like to see is transmission temp;  apparently the trans doesn’t report it to the computer.  :-(