The original lighthouse, decomissioned in the late 1800s because the one I showed earlier (in the smoke haze) was brighter.   I didn’t realize that some lighthouses were literally designed to look like houses: 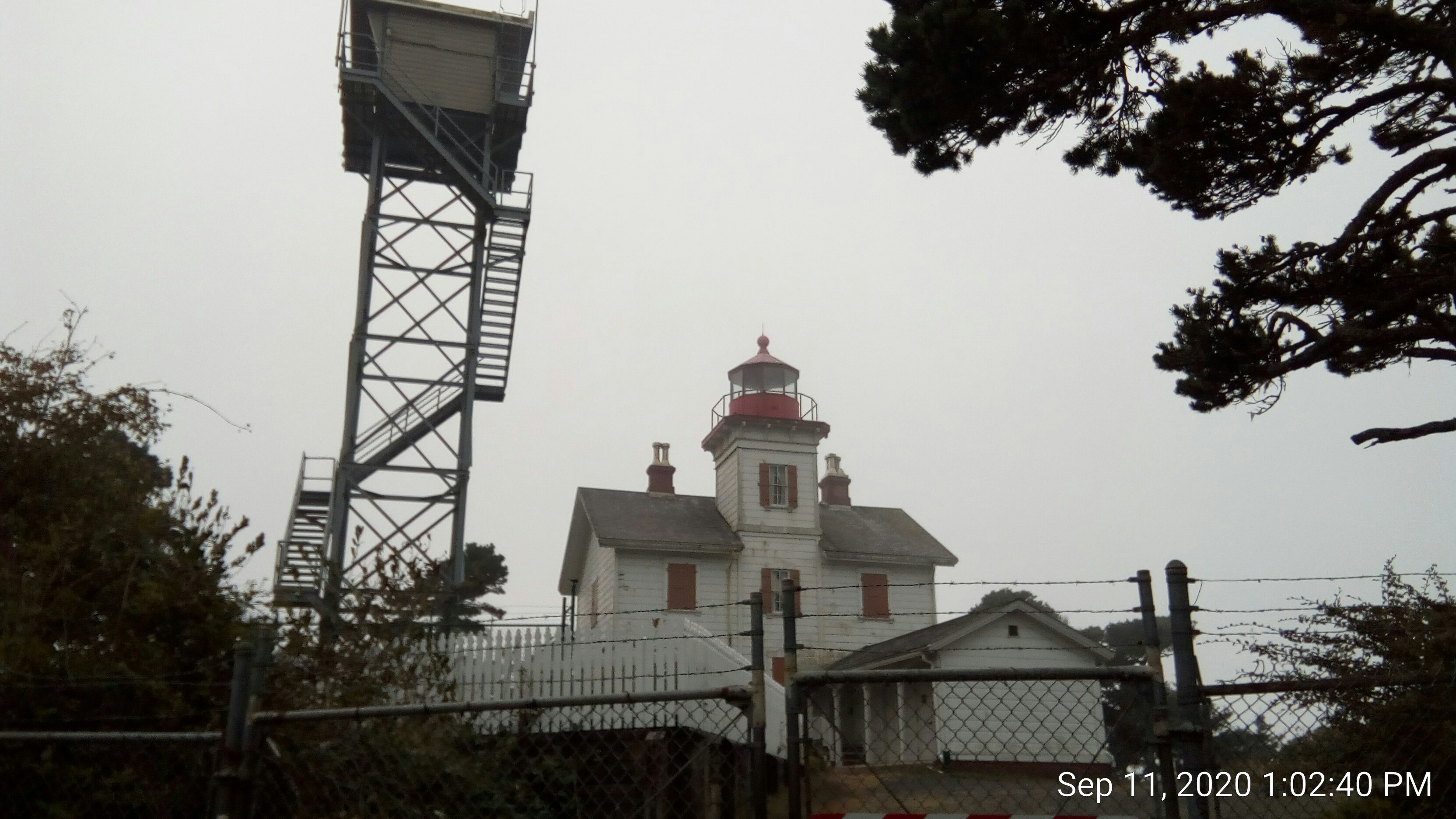 Apparently this one was made so the keeper would have his whole family on site.

Evidence that the other lighthouse is indeed functional: 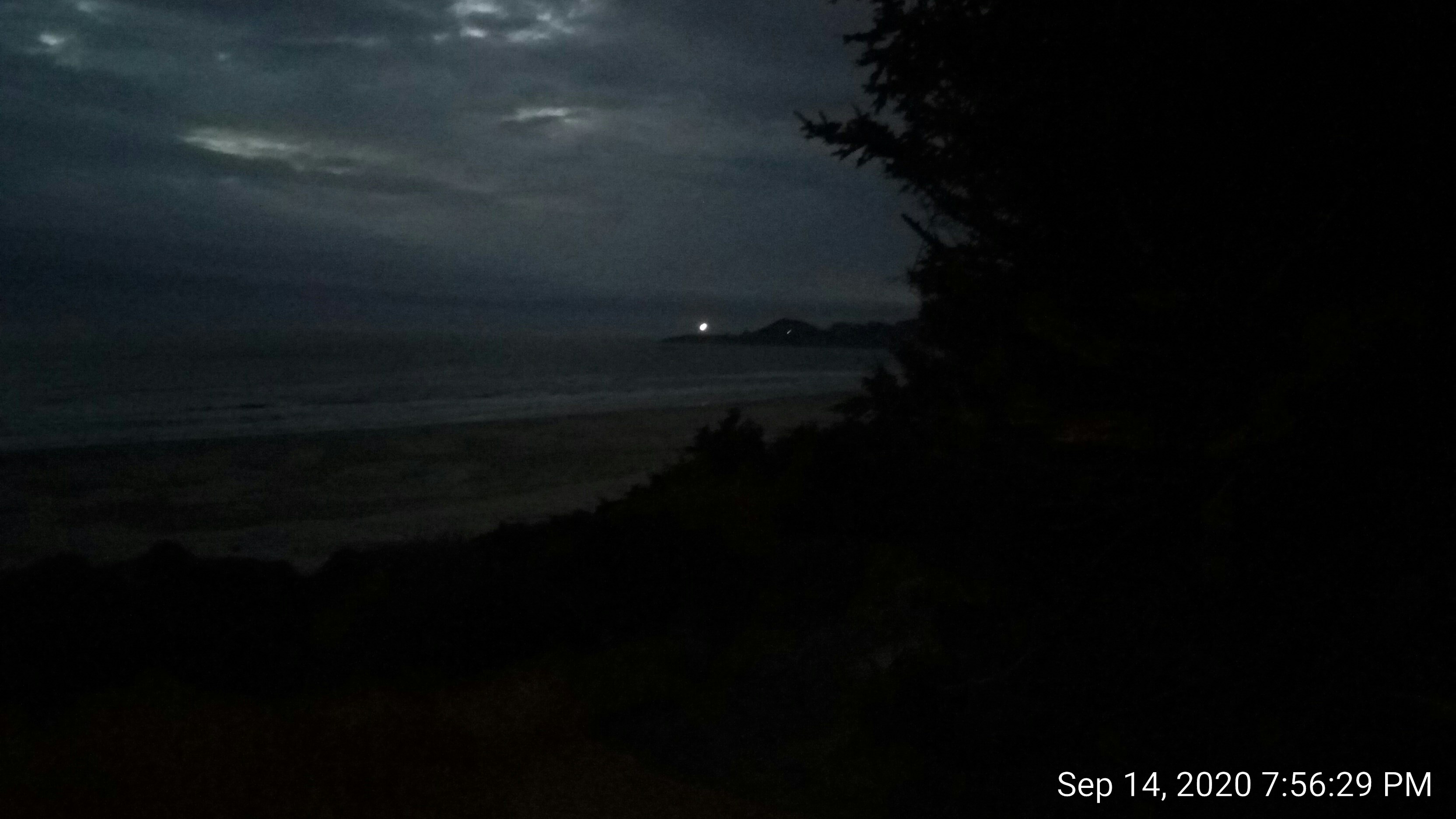 A house along the bay.  I love the stucco, the color, the back porch, all of it really:

I’m in no danger of moving back into a house, but oh my… 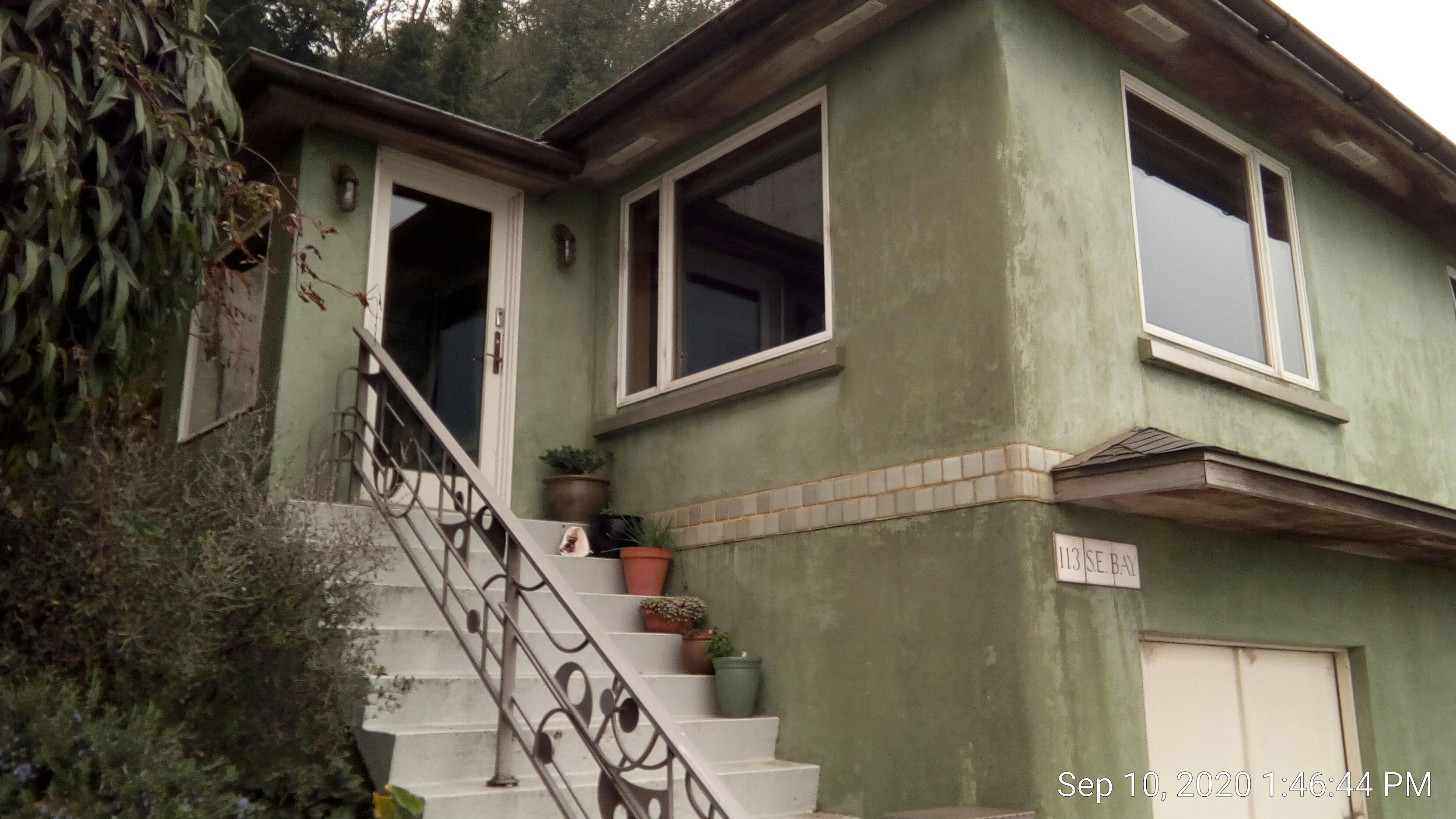 The sign says the lions this time of year are males and that the females are in California.  But I think the one in the center yawning at the sky is female;  she is about half the size and has a slender head: 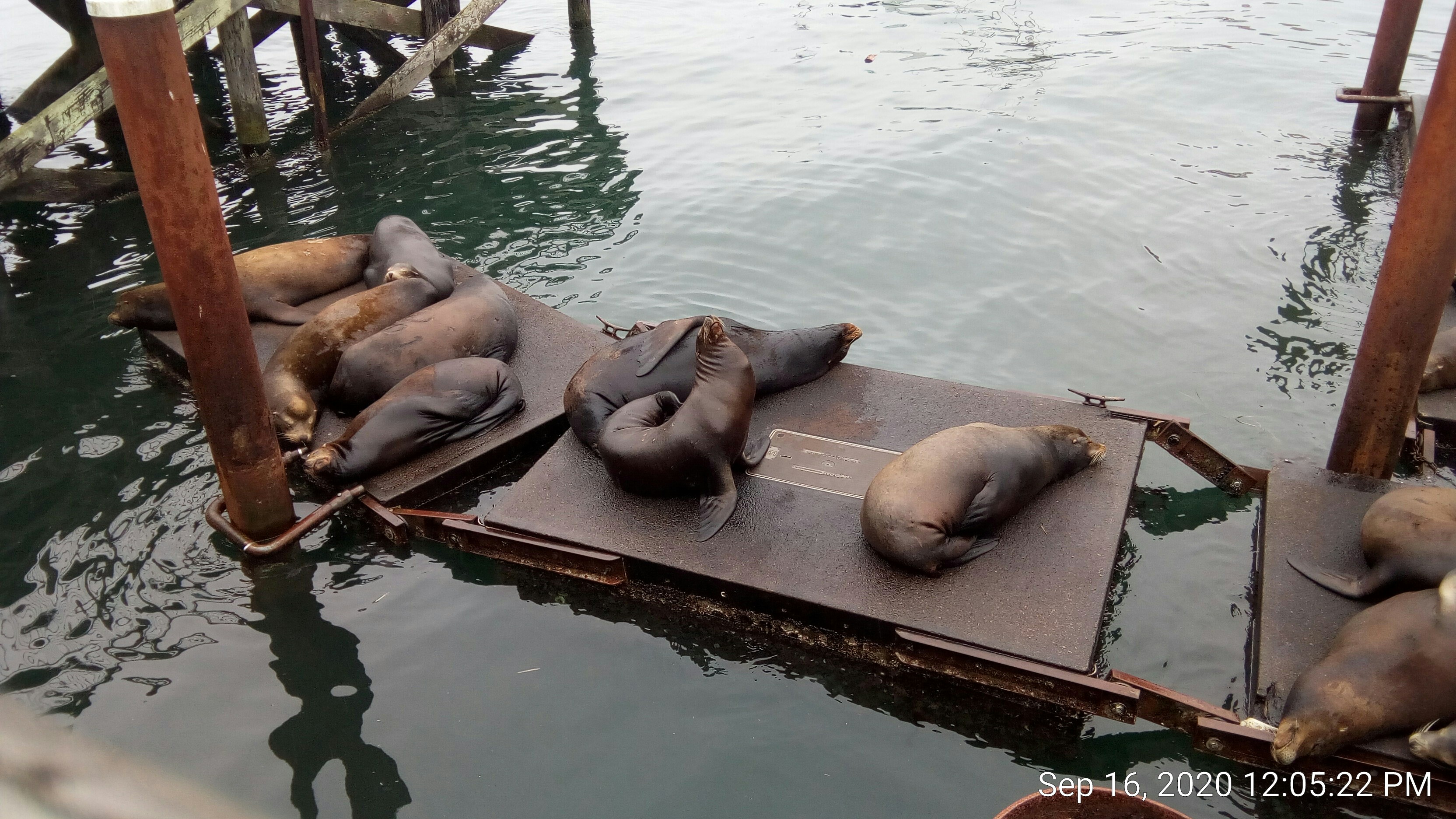 Sometimes you can see the sun through the fog: 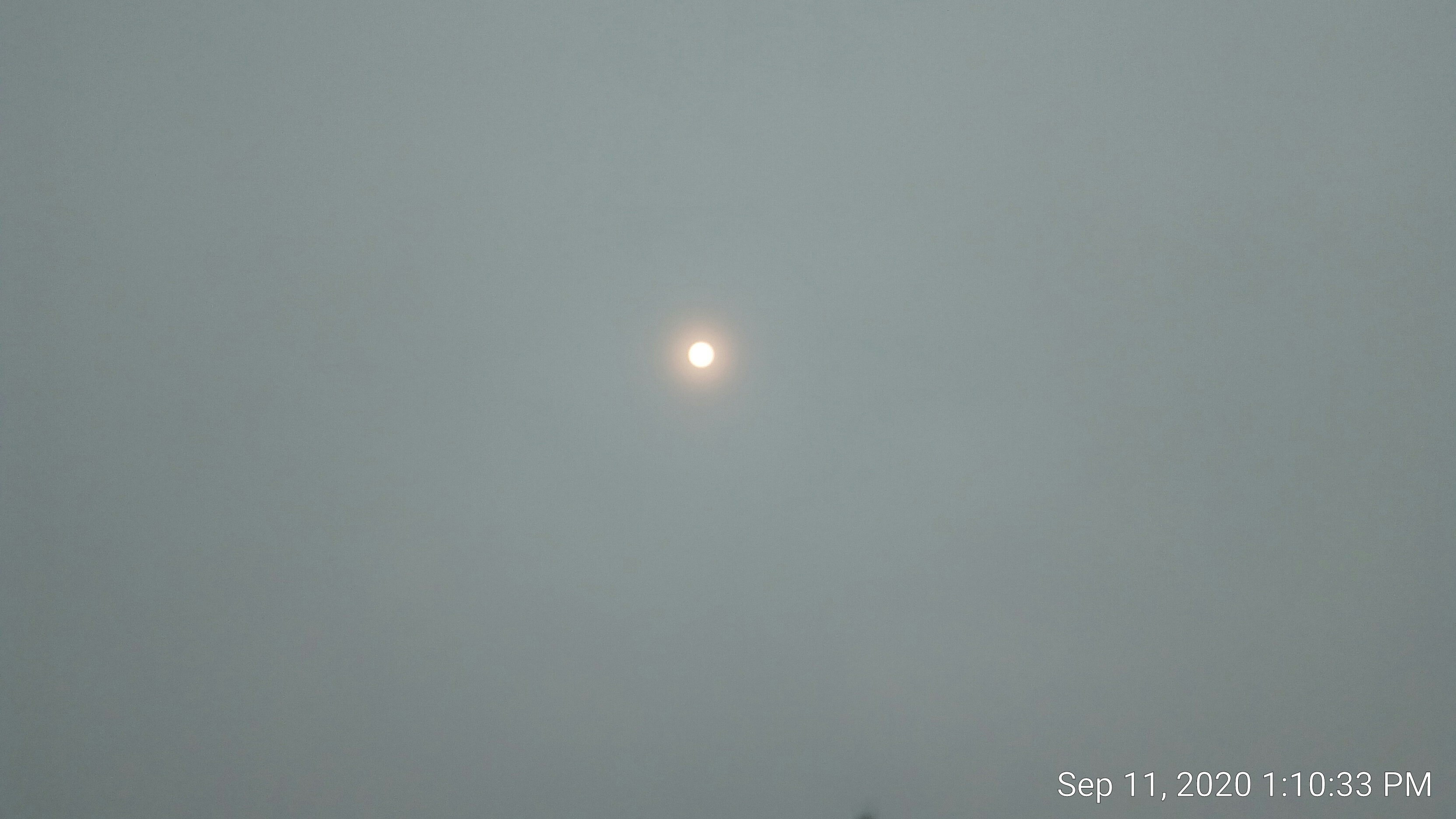 Other times the fog wins: 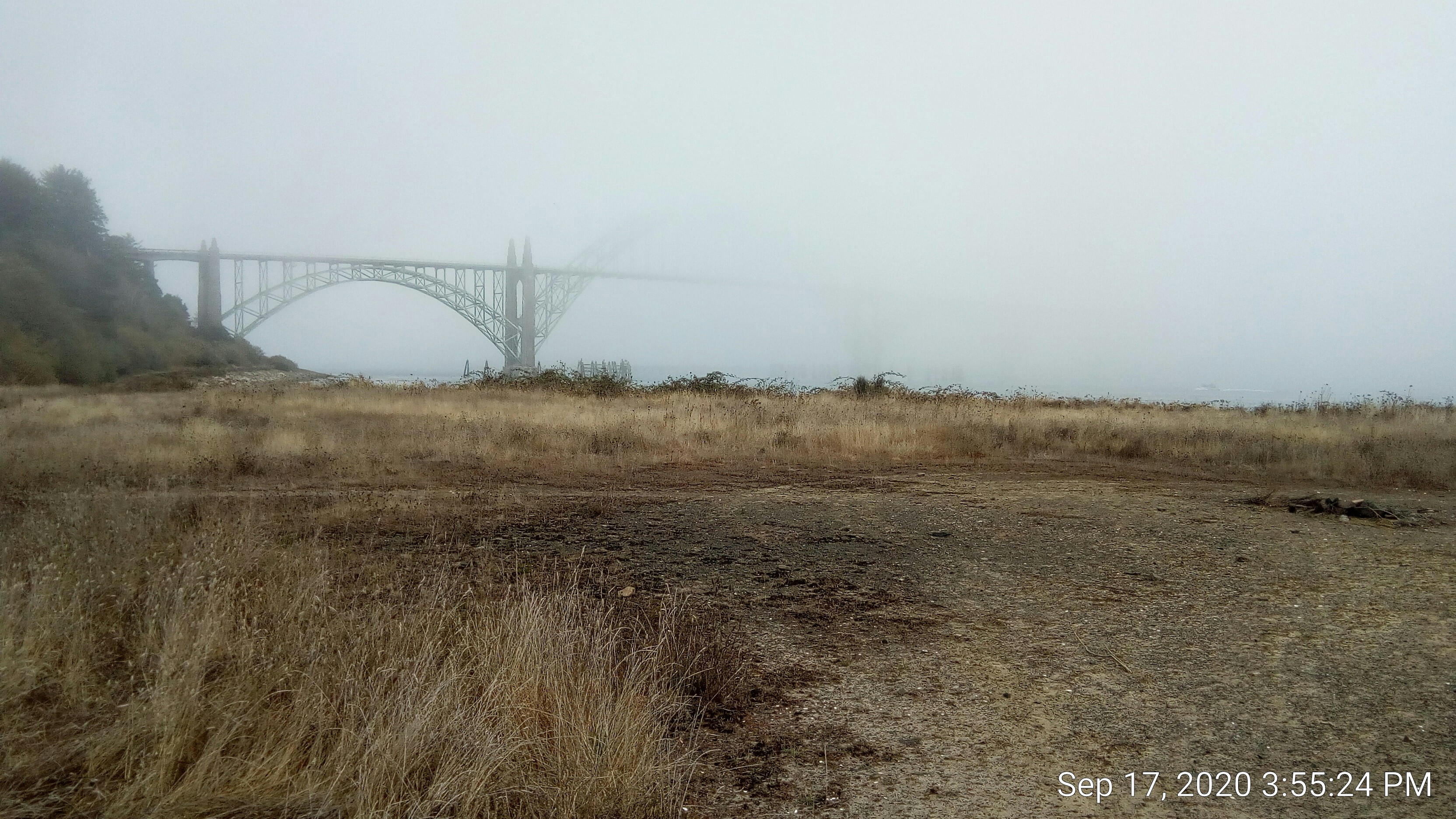 Entrance to a local brewpub: 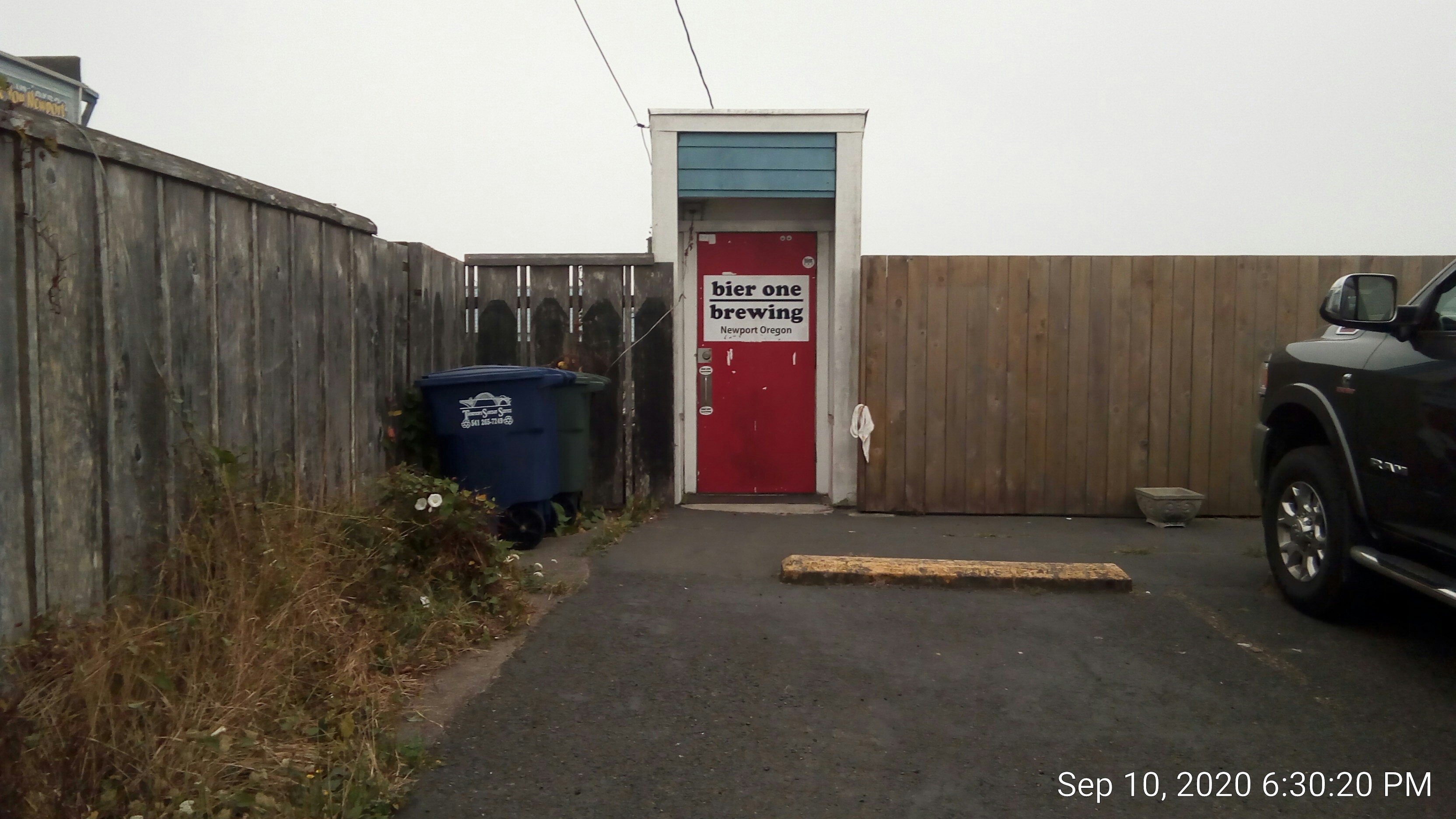 There is nothing behind the fence;  just fog.  Behind the door is a steep stairway going down into the pub down the hill.  This almost feels like a speakeasy scenario.  I also wonder how many drunks have fallen down the brutally steep steps.

Arcane graffiti from the bathroom in that pub: 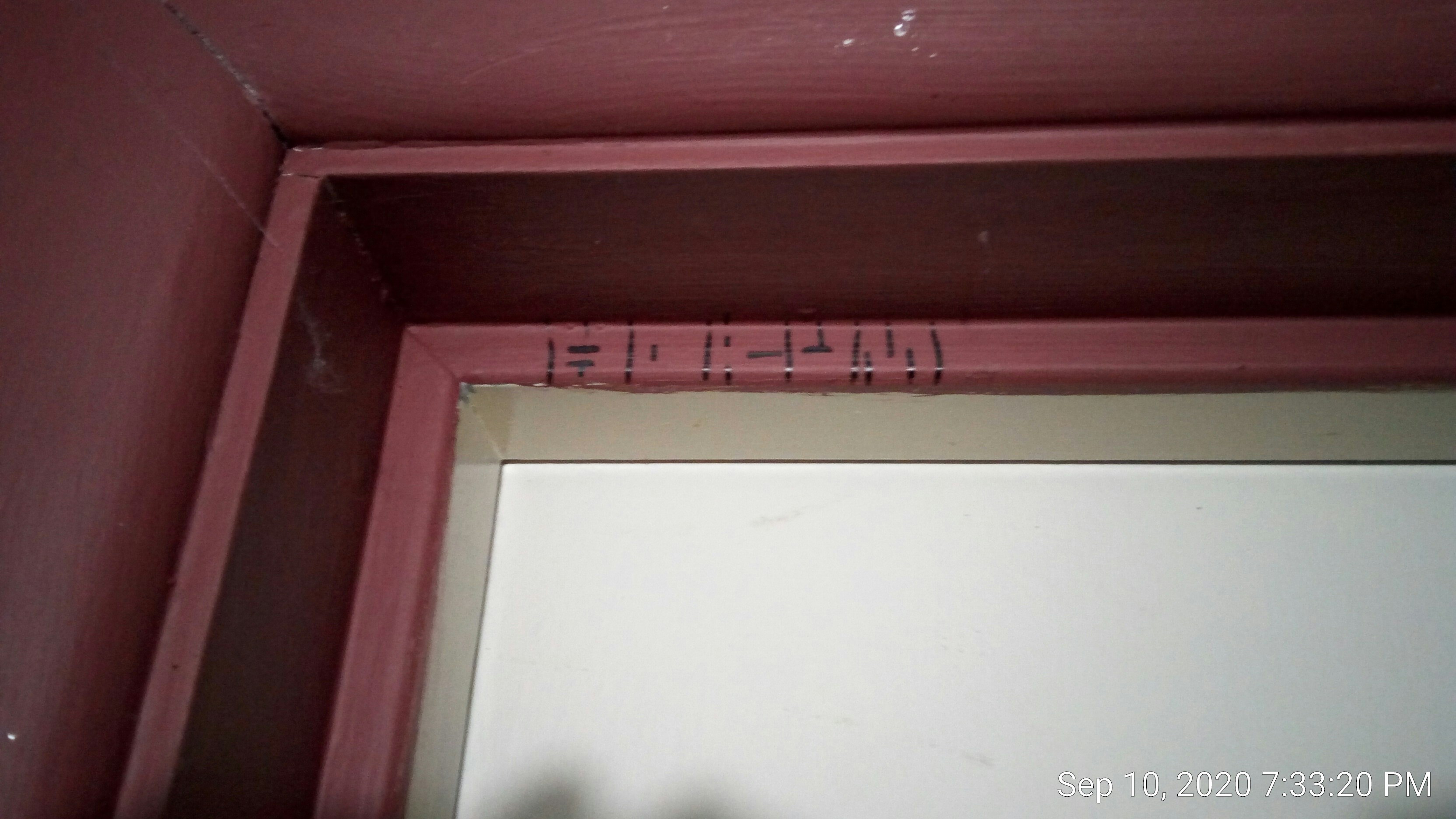 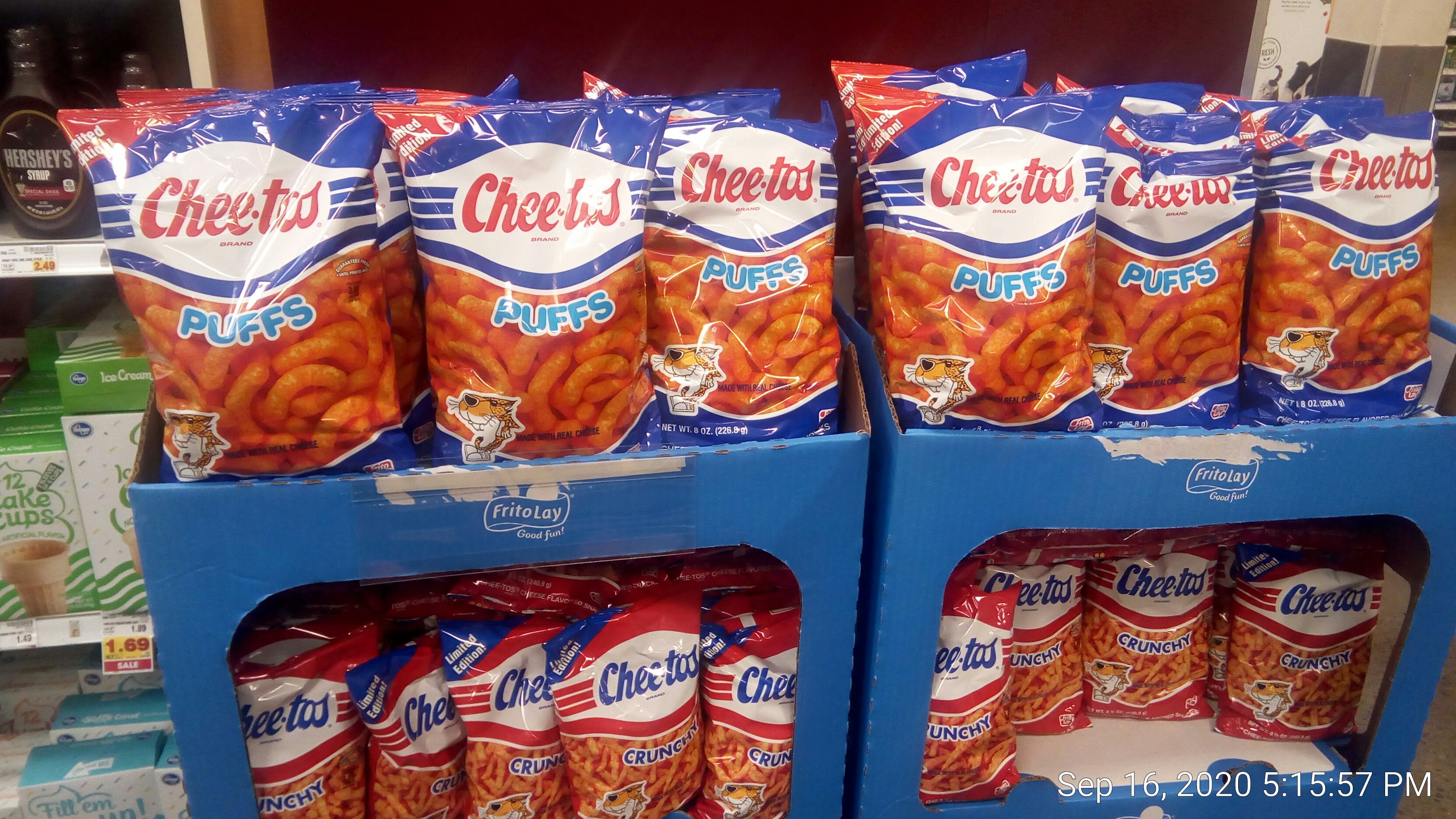 And “chirps” which are chips made with crickets.  The package says “average of one cricket per chip”: 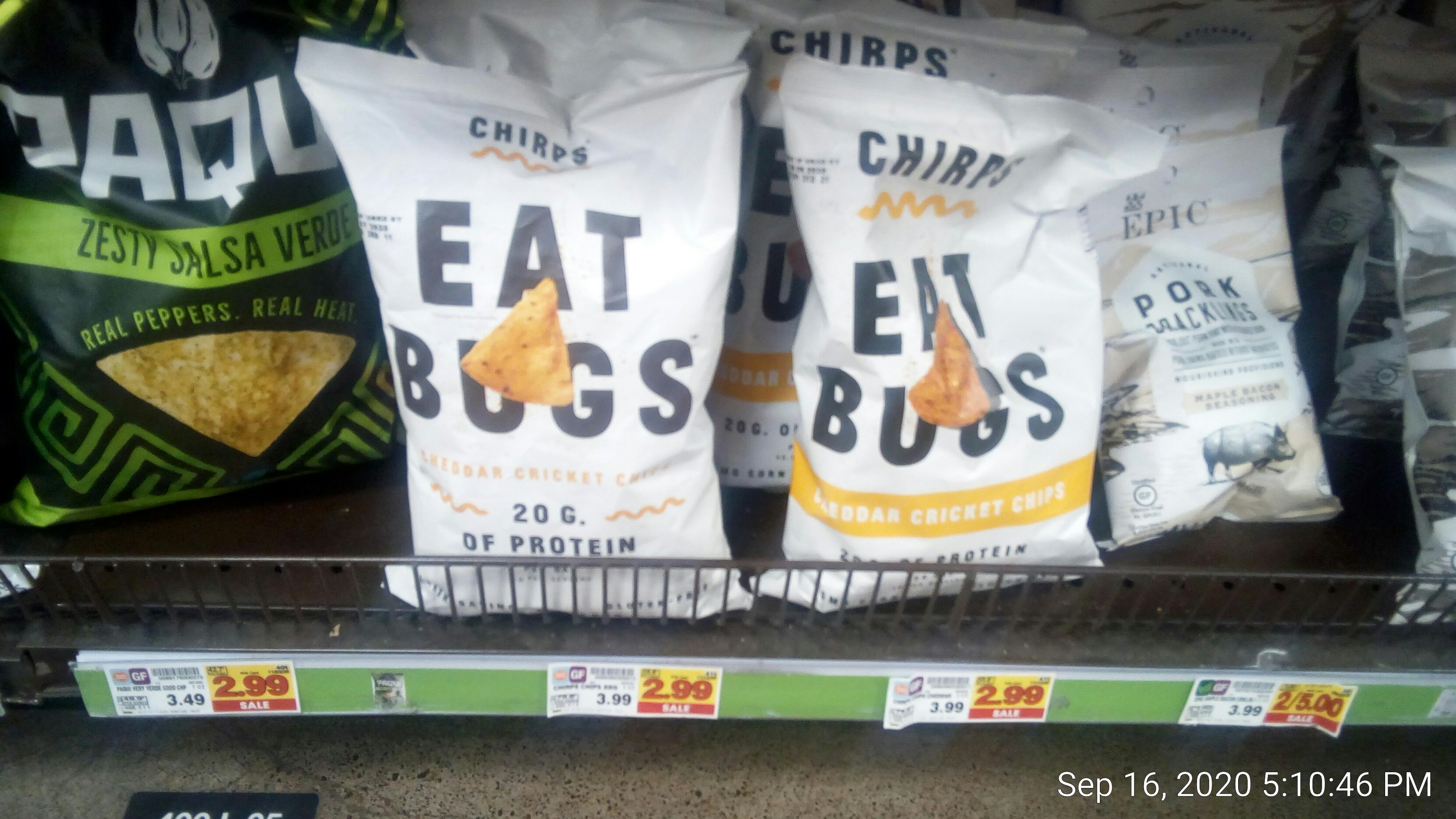 Yes, I ate them.  No, I didn’t notice anything unusual except for the darker bits on the chirps.  Might be a cheap way to increase protein in snacks.

Bonus pic of Muffin looking at the surf, obscured by fog: 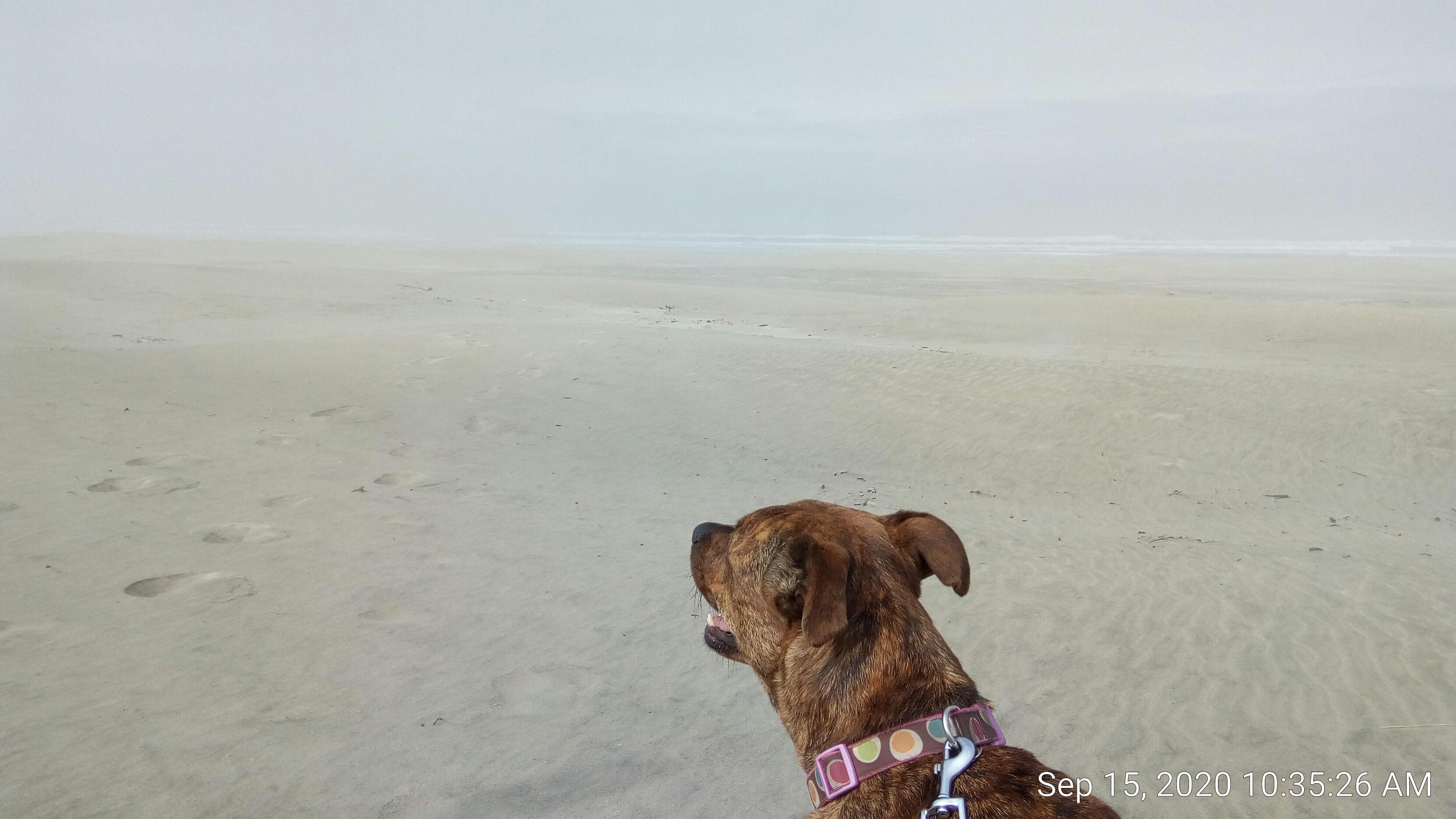