It was going to freeze soon in Flagstaff, and I didn’t want to get caught by the Snow Miser. ABQ near the Rio Grande is about 2,000 lower than Flagstaff, which means about +7deg F in theory. In practice, this means I could get a week or two before the freeze arrives here.

Stopped a night Gallup; I think it was my first time in the city. A couple oddities:

The city has a lot of nice parks. I use them to park for day use, and to exercise myself and Muffin. I carry the grabber and a bucket to pick up trash since I’m already walking around.

{the following areas are visible on this Google Maps view}

One of the larger parks (Tingley Beach) is organized around a few ponds. There is a dedicated pond for R/C boats, one for youth fishing, and one for all ages fishing. The Rio Grande is maybe 100yds to the west, and is looking full (for it) due to recent rainfall. Muffin declined to wade because the banks were too muddy from the receding waterline.

She did wade into the ponds at the park, and largely ignored the geese and ducks that littered the sidewalk (literally and figuratively).

There was a sculpture in the park that looked like a big ball. maybe 10ft high. When you got closer it looked like it was made up of fish scales. Even closer and the “scales” were revealed to be fish-shaped plates. Interesting. Nearby there was what appeared to be a casting/sculpture of a huge hollow log. It was a huge hollow log with odd colors from weathering.

Another park to the east (Rio Grande Park) had some really big cottonwoods (Rio Grande Cottonwood, “Matron of the Basque”). And only one limb was down, surprising for so many big trees of that species. 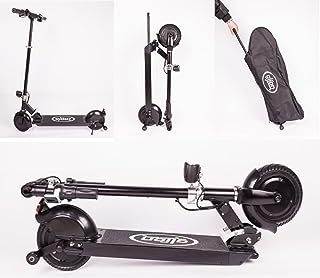 I thought about riding the scooter (Glion Dolly a bit since there was so much concrete around, but I hadn’t used it in about a year so it needed charging. Such a great tool for urban exploration.

Charging it today, but it will take a while to bring the 281Wh battery up from near-dead to full. The charger’s output is rated at 72w, so maybe 4 hours? I’ll get done what I can today and finish tomorrow. Forgot to start charging until about 2pm, durrrr.

My squash dinner wasn’t ready yet (see below) so I punted and went to a local Chinese restaurant. I got wonton soup, egg fried rice, and tea. It was $16 but the rice is enough for three meals. 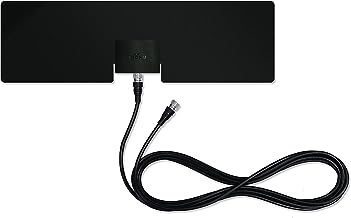 I broke my old transparent window panel antenna after > 4 years. Pretty amazing considering the abuse the wiring got in that location.

I stopped by walkmart to see if there was something to replace it. They did have a full-size panel ant but it was black and $40. Oof! My rear blackout drapes are usually closed but I bought the transparent one for better rearview visibility.

They did have a little “leaf” style ant from ONN for $12, so I bit. I’ve had excellent use from my $10 bluetooth earbuds so I had reason to be hopeful. The ONN gear works great, once again. I expermented with different placements while watching signal quality info from the ancient HDHR dual tuner. Ended up mounting it upside at the upper edge of the window so the wire won’t be tangled/torn again.

The DVR was already set up to record shows so it started recording immediately.

interesting side effects of starting from an empty recording disk:

The first few days of recording are fast/furious. It used to surprise me how fast it got to 50% full, then I realized at first it records at will because no show is up to its defined max episodes yet. Usually I set it to “2”, so it records those ASAP then waits until one is deleted.

You may have noticed that digital OTA channels often have sub-channels: Maybe 7_1 for the main content in HD, then a few more at lower resolutions. They can divide the bandwidth however they wish, One 1080 and one 720, many channels at 480, etc. These can be changed on the fly, so one show on a channel might be 1080 and the next one on that same channel be 720.

I bring this up because it makes a difference in how the tuners record. My tuner has two inputs on it so you might presume they could record two shows at once. But due to the multiplexing described above each tuner can see all the streams on the same OTA channel. 7_1 through 7_5 or whatever. In my case the number of simultaneous streams is limited by the throughput of the Raspberry Pi3 backend and the ancient 128GB SSD it’s writing to over USB. For this reason I limit each tuner to 3 streams, giving a theoretical max of 6 shows at once. In practice I’ve only seen 4 going at once since the stuff I want to watch is rarely on at the same time. As the shows hit their max episodes it will calm down to 1-2 at a time.

The Pi2 frontend struggles with HD content so I stream those to my phone using Mythling. Or to the Frankenlaptop with VLC (via DLNA from the Myth backend).

After the rounding success of the acorn squash I figured I’d try spaghetti squash. One of the recipes I’d seen online said instead of seasoning to put some Italian Sausage in the scooped out bits. Pic is from when I put the first half into the 4qt crock.

I had 1lb of it precooked in the crock for lasagna purposes later this week, so I stole some and put it in the squash.

Flavor is good but it took 6-7 hours on HI to finish cooking. I think part of this is the much larger mass of this squash, and a “looser” fit of the squash compared to the acorn squash in the 2qt crock. Will eat it with some parm and mozz on top.