Rain appeared on the forecast unexpectely (to me) and was heavier than predicted. Sloppy outside so Muffin and I will concentrate on indoor chores. 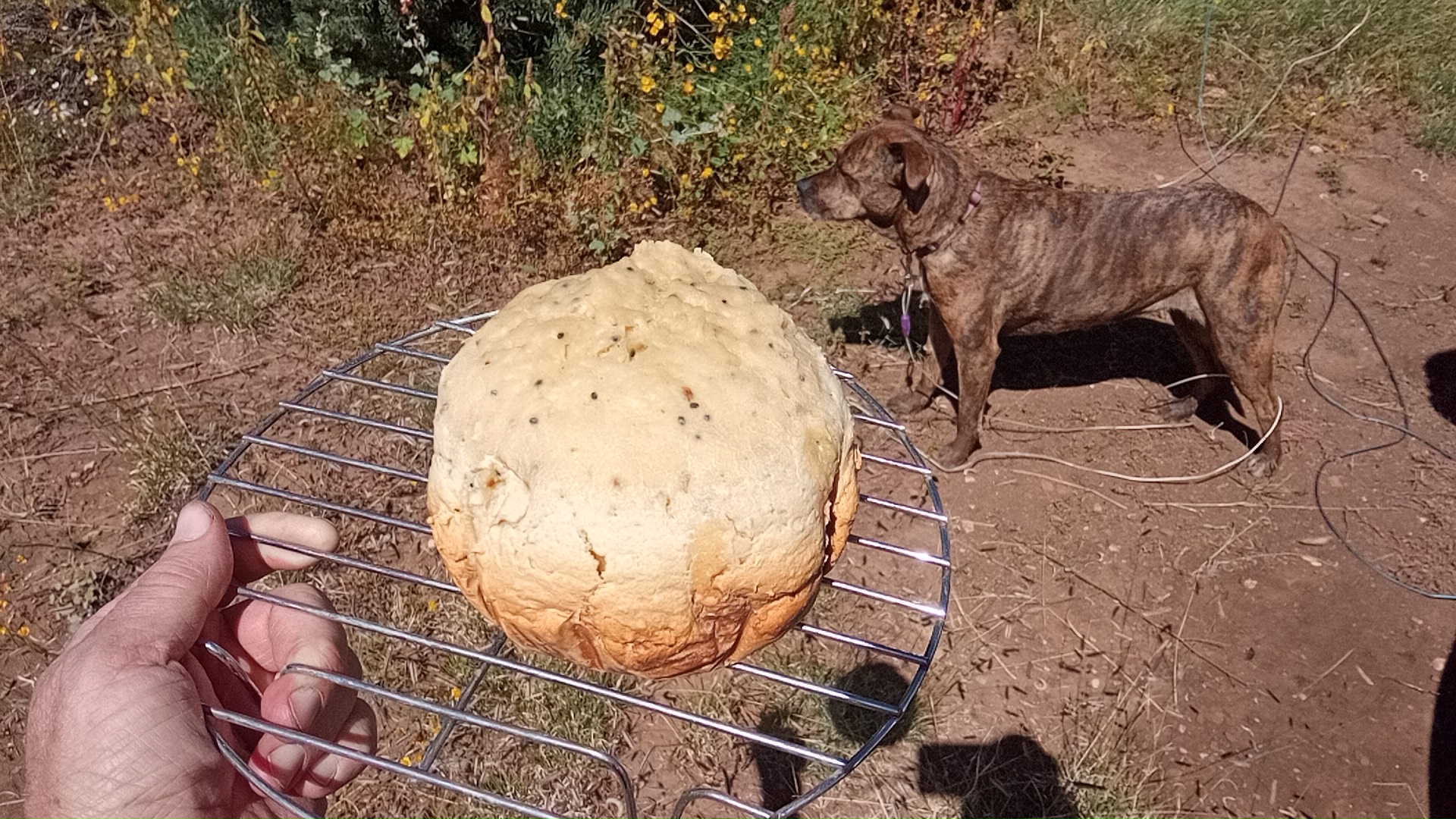 After a discussion on a reddit thread I tried making soda bread. This bread relies on CO2 from chemical processes rather than from the outgassing of yeast. Bread volcano, if one remembers science fair days.

It turned out good (not great) and was faster than no-knead. The latter has better texture so I think I will default to no-knead until time/temp is a limiting factor.

It’s improved to just annoying for the most part. Easier to find a position to sleep in and doesn’t wake me up. Still being careful with it.

Before the recent rains it had been sunny/breezy enough for standing water to really dry up. I went back to where I’d seen the mystery concrete pour to see what it was. First pic below is the original from a distance:

It’s a cattle guard with the near side completely washed out. I’d never seen the forms exposed that way.

We kept on hoofing it up the hill and looked back toward camp on the hill back to the NW (last pic).

This location is about half the distance to town and allows trips for flimsier reasons. I picked up groceries at walmart, refilled water, etc.

The biggest walmart in town has a section of the lot covered with solar awnings. Hard to see up that high but I think the backside label says Trina 240w. 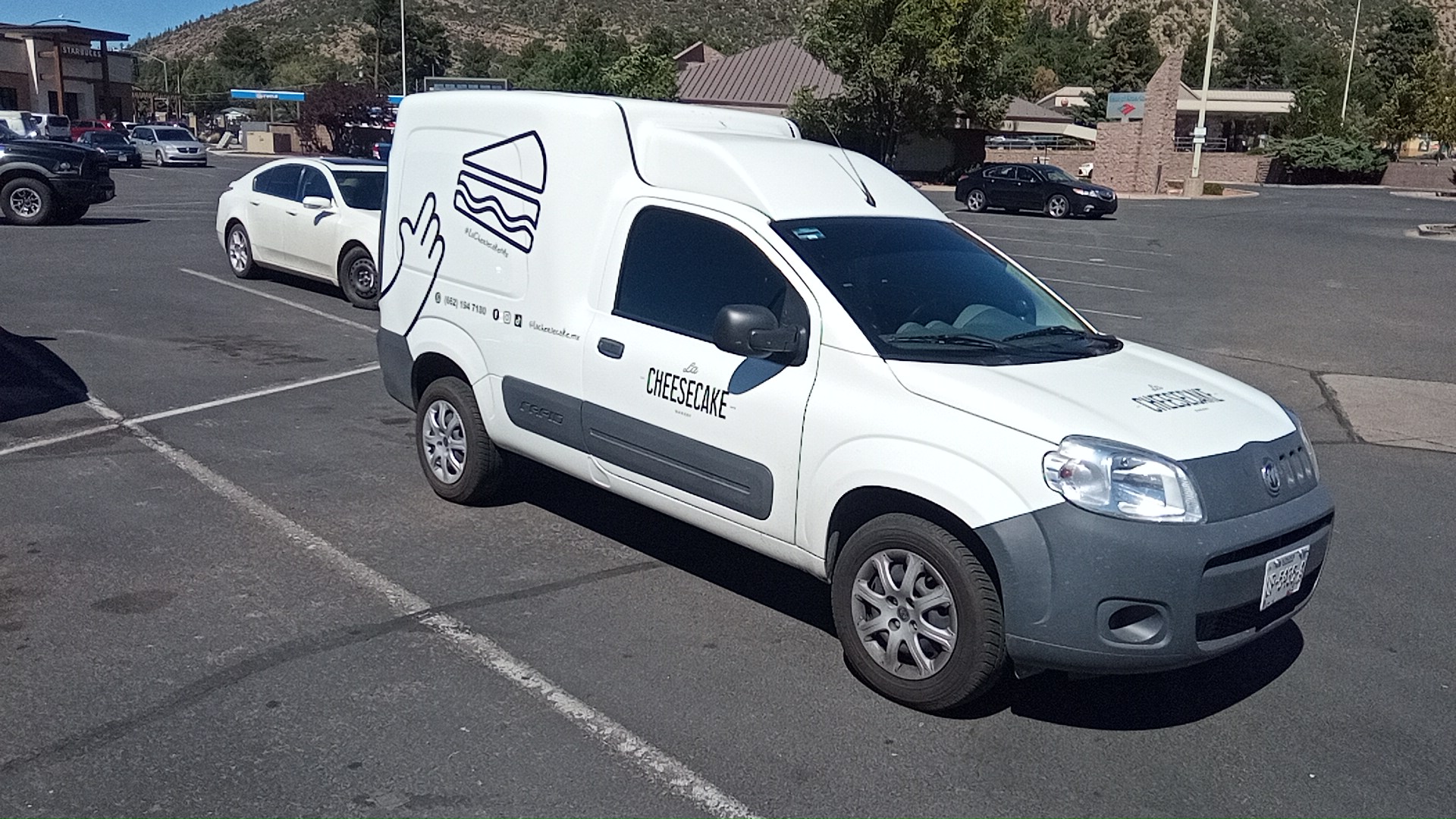 This is a Rapid a version of the slick little Mexican-market RAM 750 I’ve mentioned previously. This would be a great little vanlife platform, IMO.

Mike and Ronda’s The Place

I rarely eat out, as it is quite expensive compared to cooking for oneself. But I had heard about The Place and later saw it a few doors down from al laundromat I’ve used. The universe was telling me something.

So on this trip I made plans to to try it out.

I arrived ~9am on a Sunday morning, which was a heavy period as expected. The place was loud, happy, with handwritten (and misspelled) signs, all good indicators IMO. Prices were well above what I would normally pay ($12-18 for breakfast) so I was a bit anxious about that. Service was brisk and the food came out hot and correct in about 5 minutes.

The portions were huge. I had heard tales of cat head biscuits2 before but had never seen them in person. I had a 5oz chicken fried steak which came with hash browns. I picked biscuits and gravy as the side, not knowing the enormity of the biscuits. I ate my fill and took the rest home to have for a full breakfast on a later day.

Recommended, if you have the budget for a meal out.

What are higher power 12v panels for, obsidian, 1500 days off grid

higher-power nominal 12v panels; what are they good for?

To Prime or not to Prime

time for me to put up or shut up