Upon return we moved up the hill to a quieter, lovelier spot with slightly better cell reception. Here is the view from the trail near the campsite: 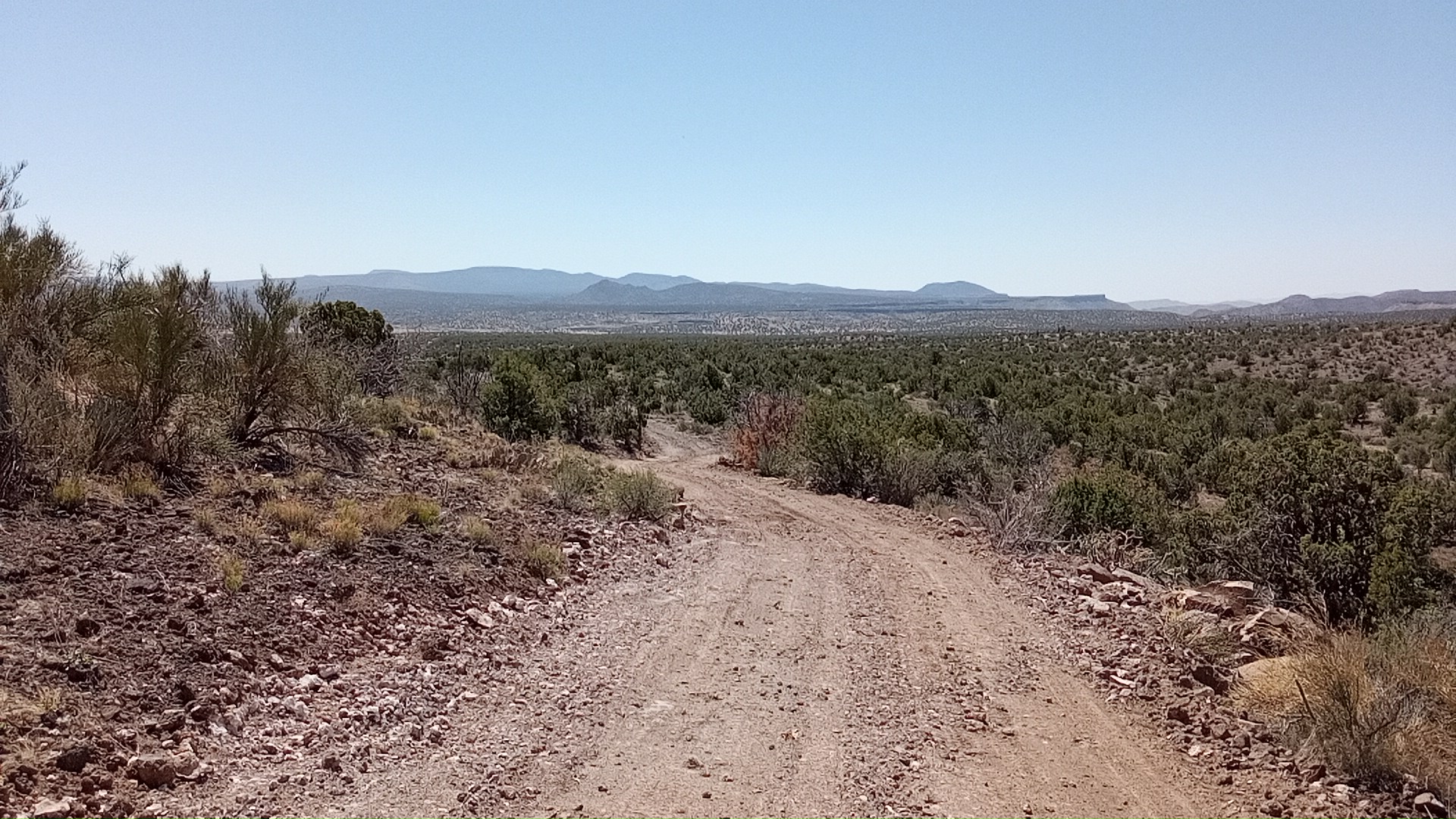 It got cold recently, 22F overnight which means ~32F inside the van by morning. I ran propane just before bedtime, then switched to the heated mattress pad for sleeping. Ran it on the lowest setting (1/8) until about 3am then cranked it to 2/8. Dog and I were quite comfortable.

The lithium bank stayed within 1 degree of the 59F setpoint on the warming pad so it was happy too.

Next morning skies were clear and temps were low, typically great for solar harvest. ~4400’ elevation doesn’t hurt, either. I knew I could “borrow” against future charging without issue so I ran a tiny 250w “personal” space heater. In addition I ran the crockpot on HI for 5 hours to cook a meat loaf.

This resulted in surprising yield, 3.51kWh for the day. When I looked over I saw it making 642w (45.4A) at 1130, a full hour before local solar noon. Not so bad for a system put together on the cheap by an amateur.

daily cardio - hike to the north

Muffin and I walked to the north to see if there were any more good spots that diretion. There were, but they didn’t have cell coverage. That portion of the trail had been graded relatively recently. I saw some tiny Mexican poppies near the place we turned around to head back.

I did a couple renewals online: my vehicle registration (~$78) and amateur license (free). Both worked well with the slow-but-steady mobile data here.

I blow away my master map in google My Maps and reupload the cleaned data. Took about an hour today.

I was getting an error when attempting to pull the cleaned uberfile back to Osmand: the would see and attempt to import the GPX but say “does not contain waypoints; import as track?”

Turns out the app only will load from a file named favorites.gpx. Not very android-y.

The prior epever app was functional but extremely clunky. Most annoyingly, it required manual refreshing rather than giving realtime data.

I wanted to recon further up the road to see what was up there. Particularly if there were good sites to remember for a future visit. Muffin and I headed u...