There was supposedly a geocache (Rattlesnake Wash, GCC8869) nearby and I thought I could guess which rock feature it was on/near. There were many DNF1 logged so I assumed the cache was no longer there.

It was a good uphill jaunt which would give Muffin a workout while remaining relatively close and having a downhill exit in case I needed to carry her down. She did fine on her own. I think she is 100% again.

view from the top

As we got closer to the top the cholla and prickly pears got denser, requiring conscious pathfinding. I wasn’t sorry to get up onto the rocky outcropping where there was nothing pokey. This was ground zero for the cache but I inspected the whole feature and found nothing. 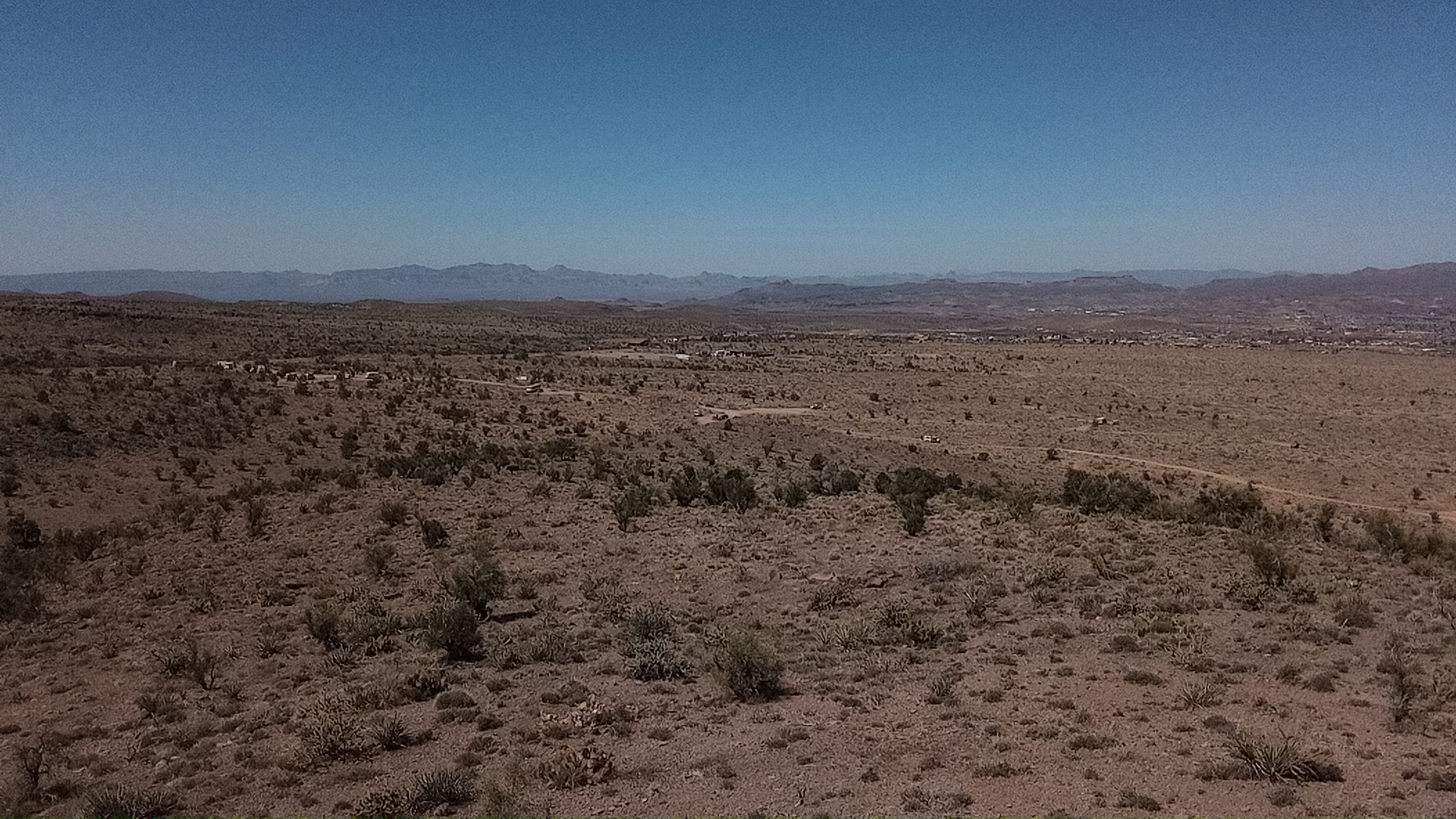 In the pic the van is the white speck near center. The main road is on the left edge of the pic and most campers are crowded in there because the road gets rutted and steep in places on the way to the present campsite.

There are cattle grazing here. There was a small herd we avoided on the way up, and I found a nice shinbone for Muffin to gnaw on the way down.

This is about a 270-deg pano; the missing slice would have included the town of Kingman a few miles away. The pic above is on the rightmost edge of the panorama.

I normally run the panorama software (hugin) from the main linux laptop. That laptop is getting increasingly unstable after 12 years (!!) so I am leaning on the chromebook more. I installed hugin in the linux containiner and it worked fine, although noticeably slower.