This story starts in Tucson.

I saw some cactus that looked like saguaro but were shorter, had curved spines, and (as a dead one revealed) no internal vertical ribs. The fruits were accessible to passers-by and looked edible(ish). Like tiny pineapples the size of a fat thumb.

Because I am Not Particularly Bright and because I’d never heard of poisonous cacti I took the tiniest nibble of one. Very tart but with a kind of fruit undertone. I figured someone, somewhere must have eaten these things. And they had.

I collected a quart bag of them and cut off the ends: 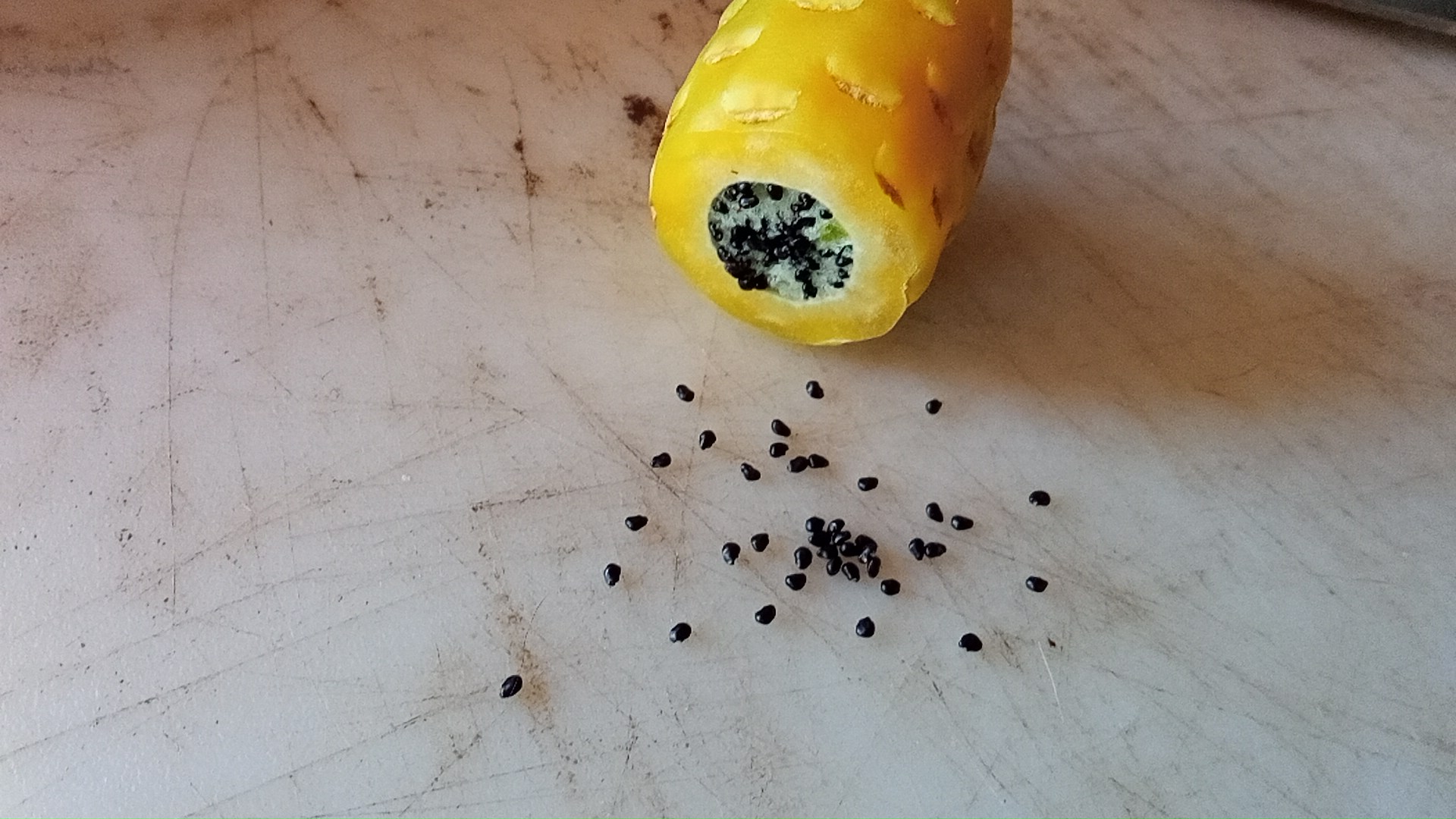 Then cut lengthwise to scoop out the seeds. I cut the fruits into 1/4” strips for later cooking, and I toasted the seeds in a pan. They have a tiny bit of flavor like sunflower seeds in the distance. :-) They do provide a some nice crunch and fiber.

I put the seeds in a coffee filter and left them on the dash to dry out completely.

I set the rest of the braised fruit down to cool. Muffin knocked off the lid and ate the rest when I wasn’t looking. I picked more for a future project (see below).

I was out of bread and made some in the crockpot. I added some of the seeds since I had them.

It was chilly in the van and I had real doubts the yeast could raise the dough. As a test I added some baking powder to the dough. This did help the rise but the texture is much finer and not rustic the way I like. Will try again with wheat flour.

The seeds were a nice addition and I will double up on their inclusion going forward.

I’ve read about people candying the cactus fruit in either honey or simple syrup. The tart+sweet combo sounds terrific. Will try that out when I get to AGM.