After I posted yesterday I started on the van cleanout. I got about 60% of it done, the underbed storage and passenger cabin area. This afternoon I’ll do the overhead racks, and the day after the overcab storage.

After the round of cleanout Muffin and I followed a nearby trail and ended up overlooking the campsite: 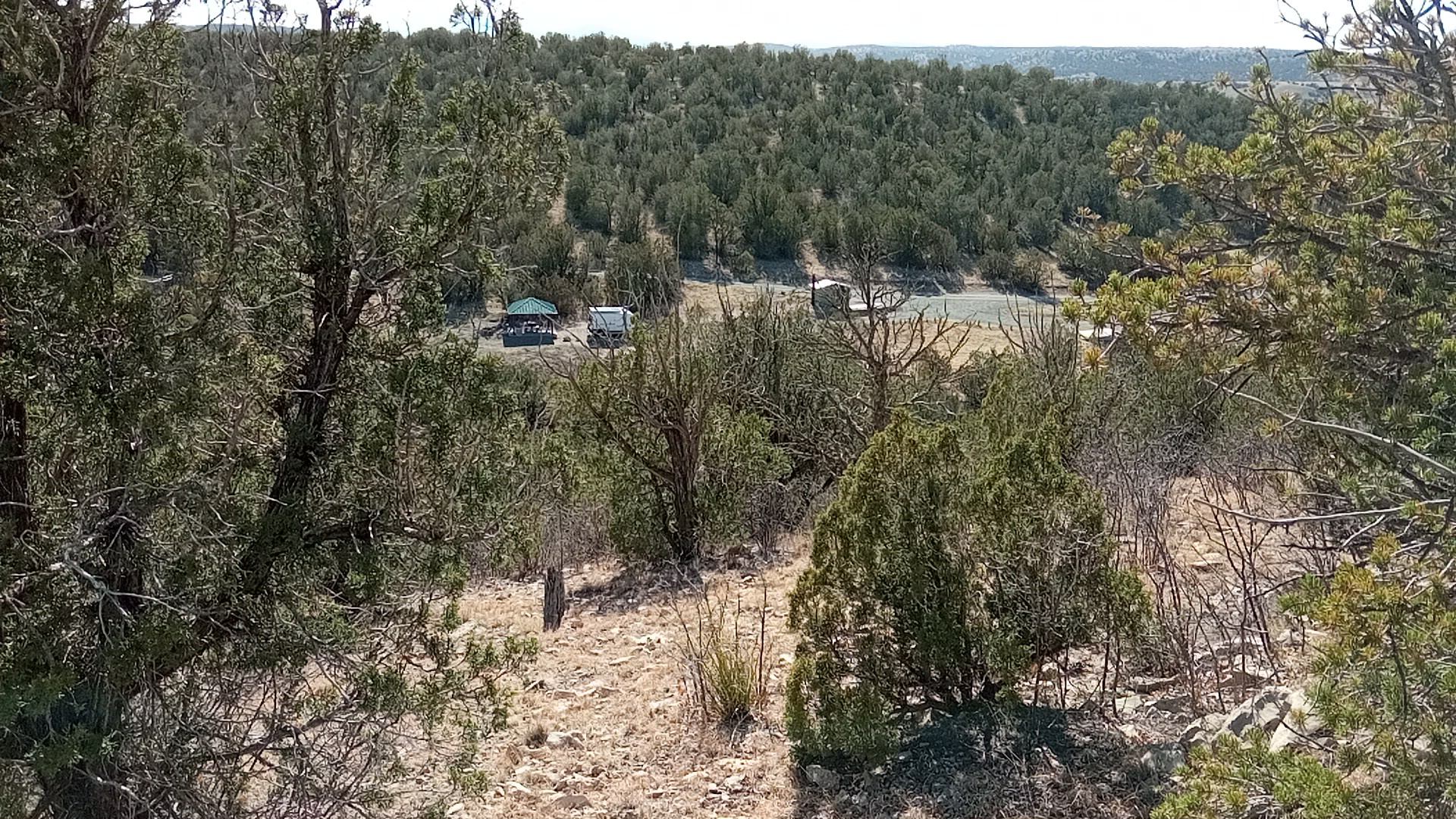 first bread experiment off to a dodgy start

My bread experiment was delayed because I misplaced or threw away the yeast packets. Argggh! I got more in Alamagordo and made a whole-wheat dough yesterday since the whole-wheat bag was already open. 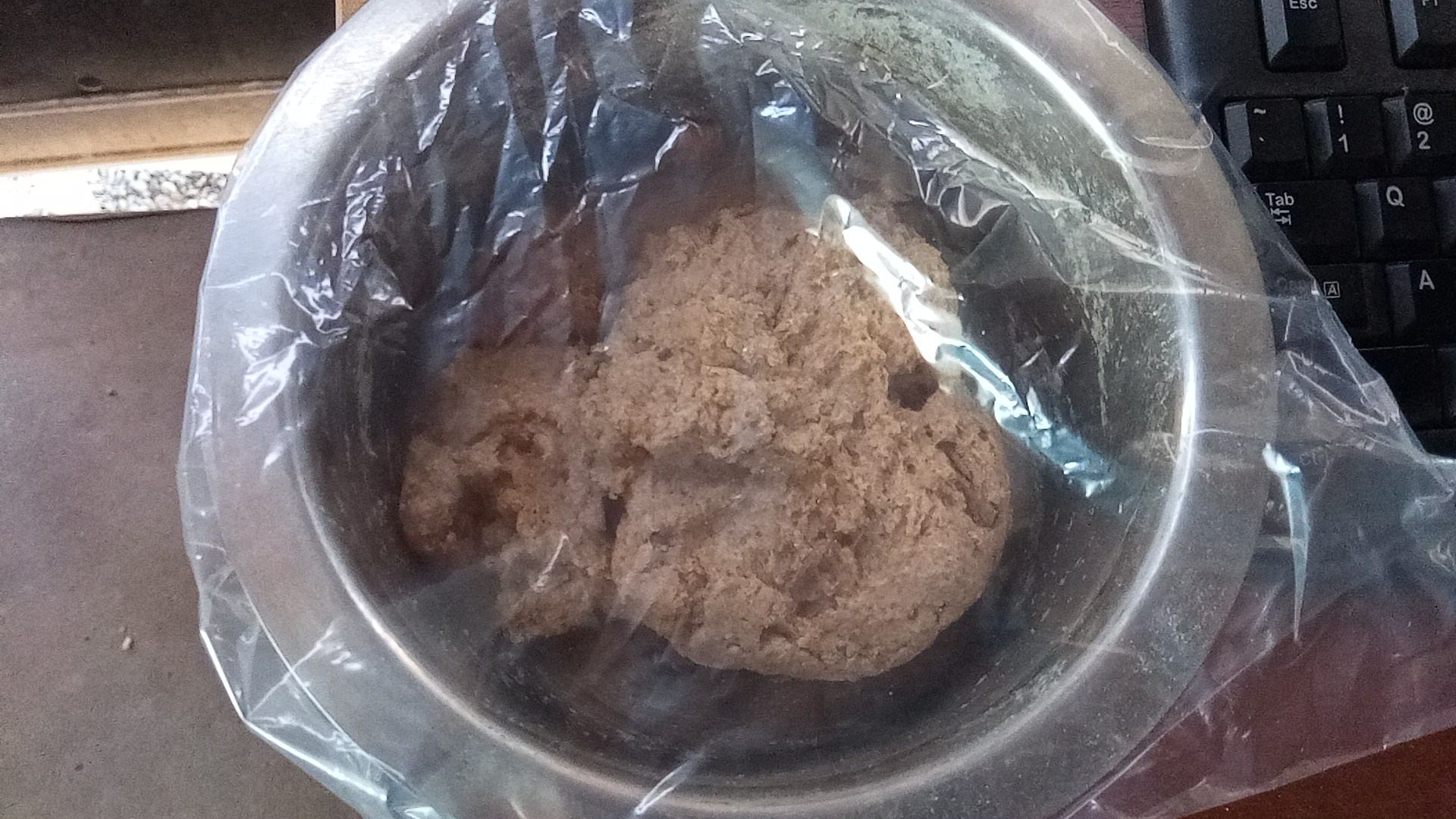 By this morning the dough had doubled in size as expected. I lined the crock with once-used parchment and plopped the dough into the crock. The change of containers deflated the dough a bit, and it looks tiny in the full-size crock. Maybe I should have made a double batch so the dough would fill the bottom and touch the sides. We’ll see.

I let the crock warm on low a bit and turned it back off. I let the dough re-rise for a couple hours to see if it can get to a more appropriate size, and it seemed to but not a lot. Because of limited sunlight by then (2pm) I did 2 hrs on HI instead of 4-5hrs on LO as in Kaylee’s version. I’ve seen that 2hrs number in some online recipes.

The resulting loaf as a gratifyingly hearty crust: 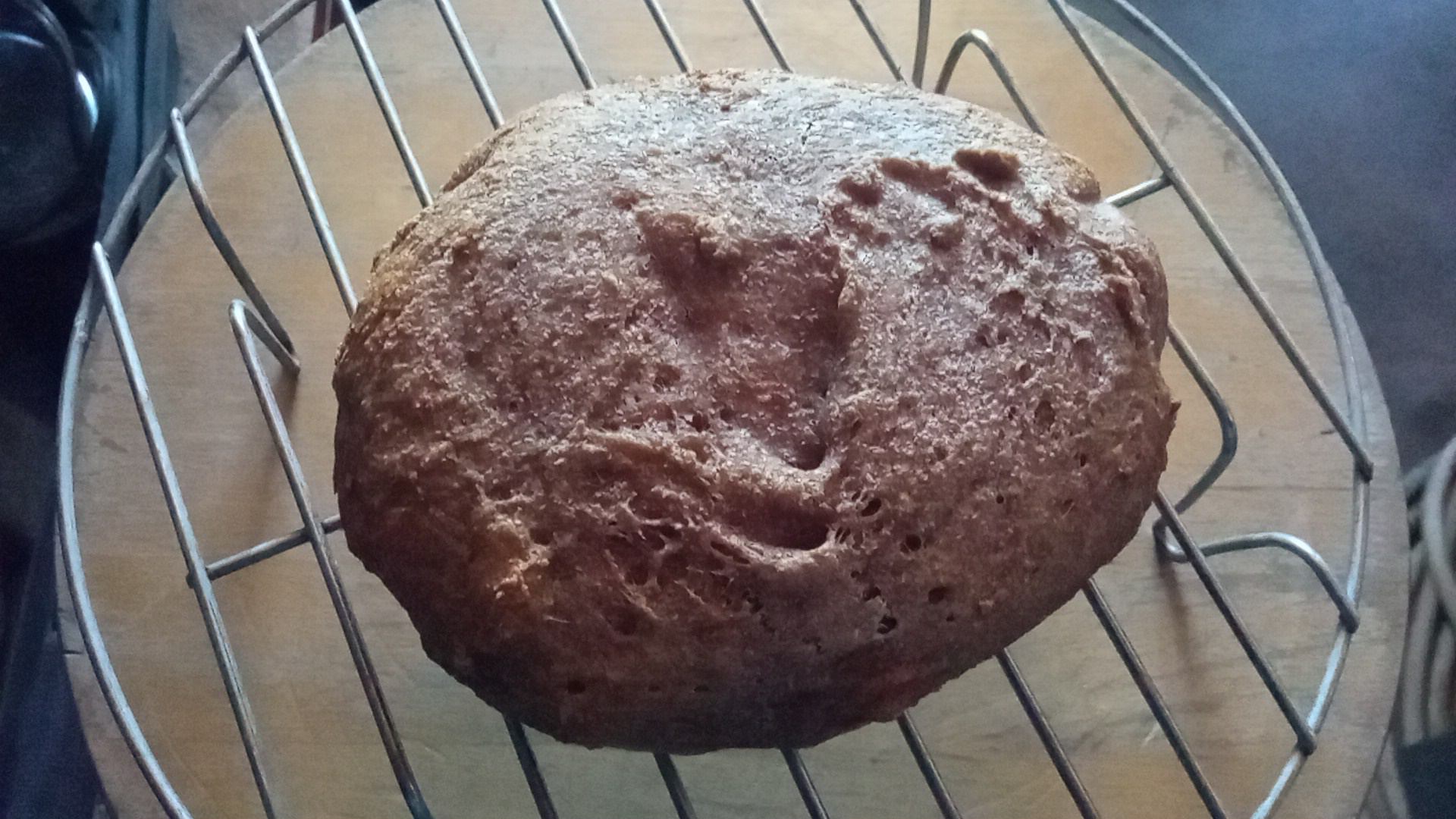 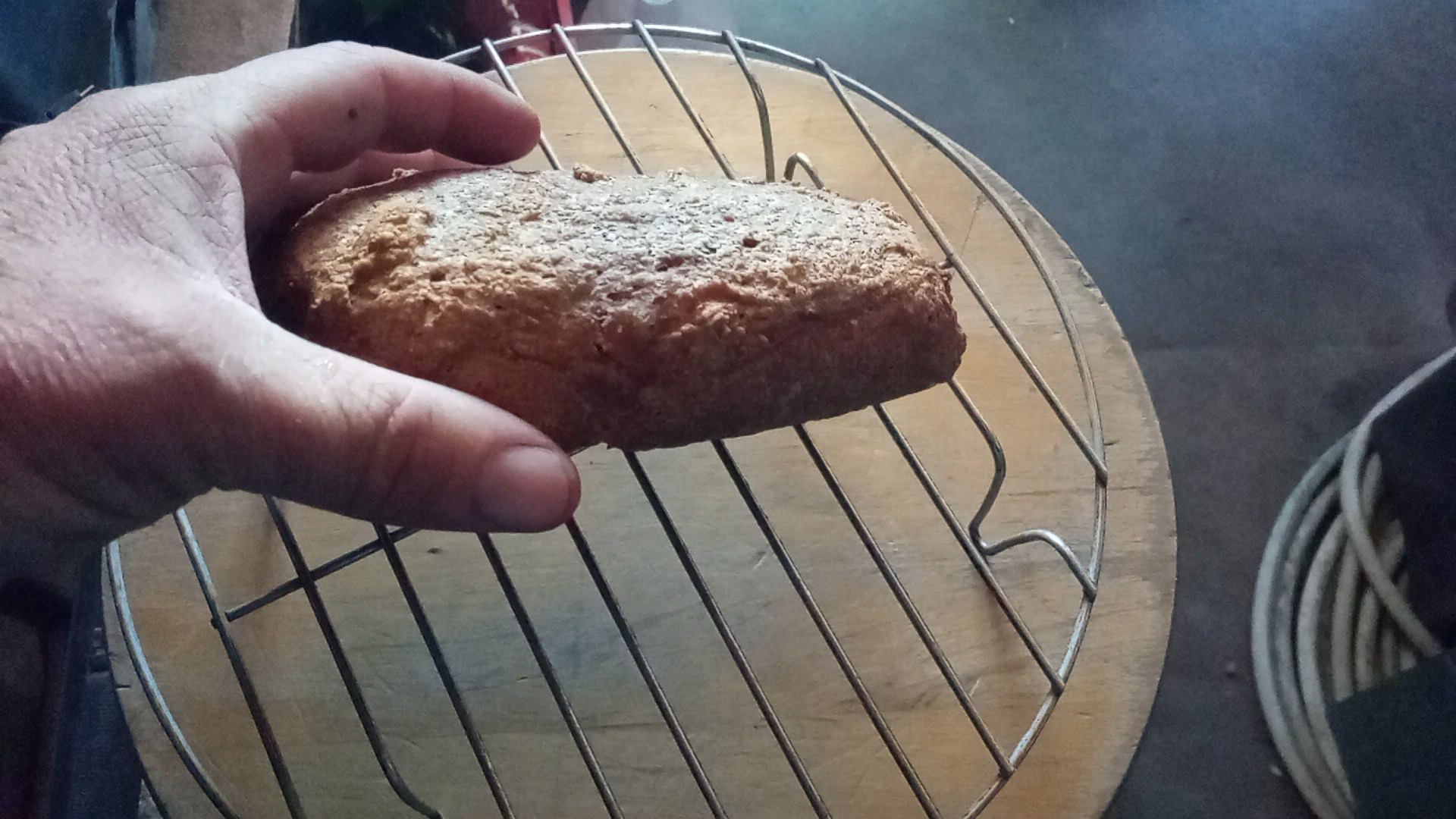 It is toothy and dense which, to be fair, is my taste in bread. Wonder Bread people would run away in horror. A half-loaf of this and a tankard of beer would make a great meal for a monk. To test this theory I broke out a Nut Brown Ale from Santa Fe brewing company, a six-pack of which was gifted by DC (I told you she was delightful).

While I like a heavy bread I will also try to get it to rise more. I’m thinking about using the same small batch this way: