I was doing email and noticed a cool view outside the windshield. I stepped out and took a shot of the sun shining through the rainstorm over Grand Junction:

20 minutes later the entire view was obscured with fast-moving clouds; I watched them pass in front of the van: 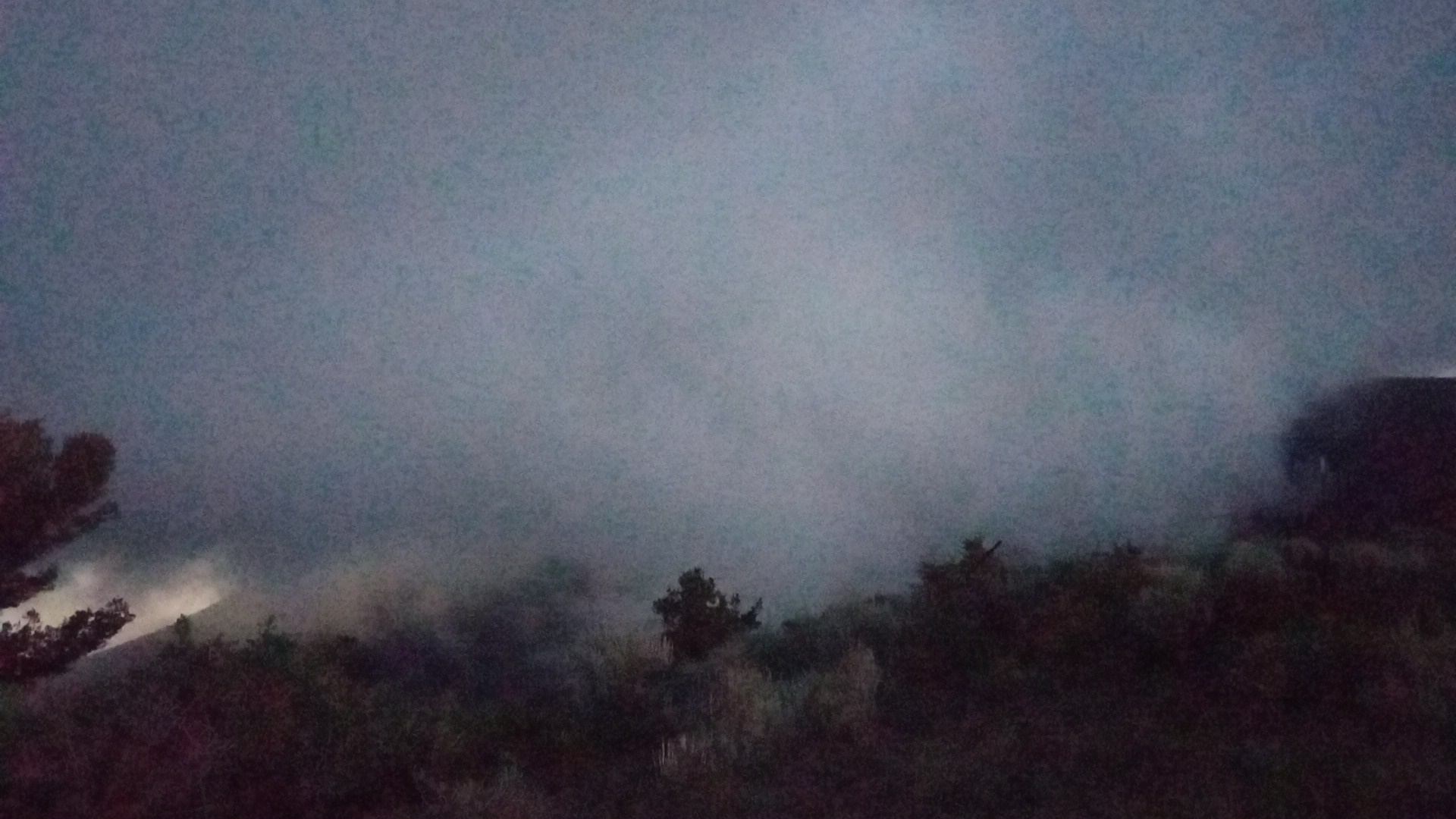 As I turned around I saw that a huge dark cloudfront was positively boiling and barreling across the mesa: 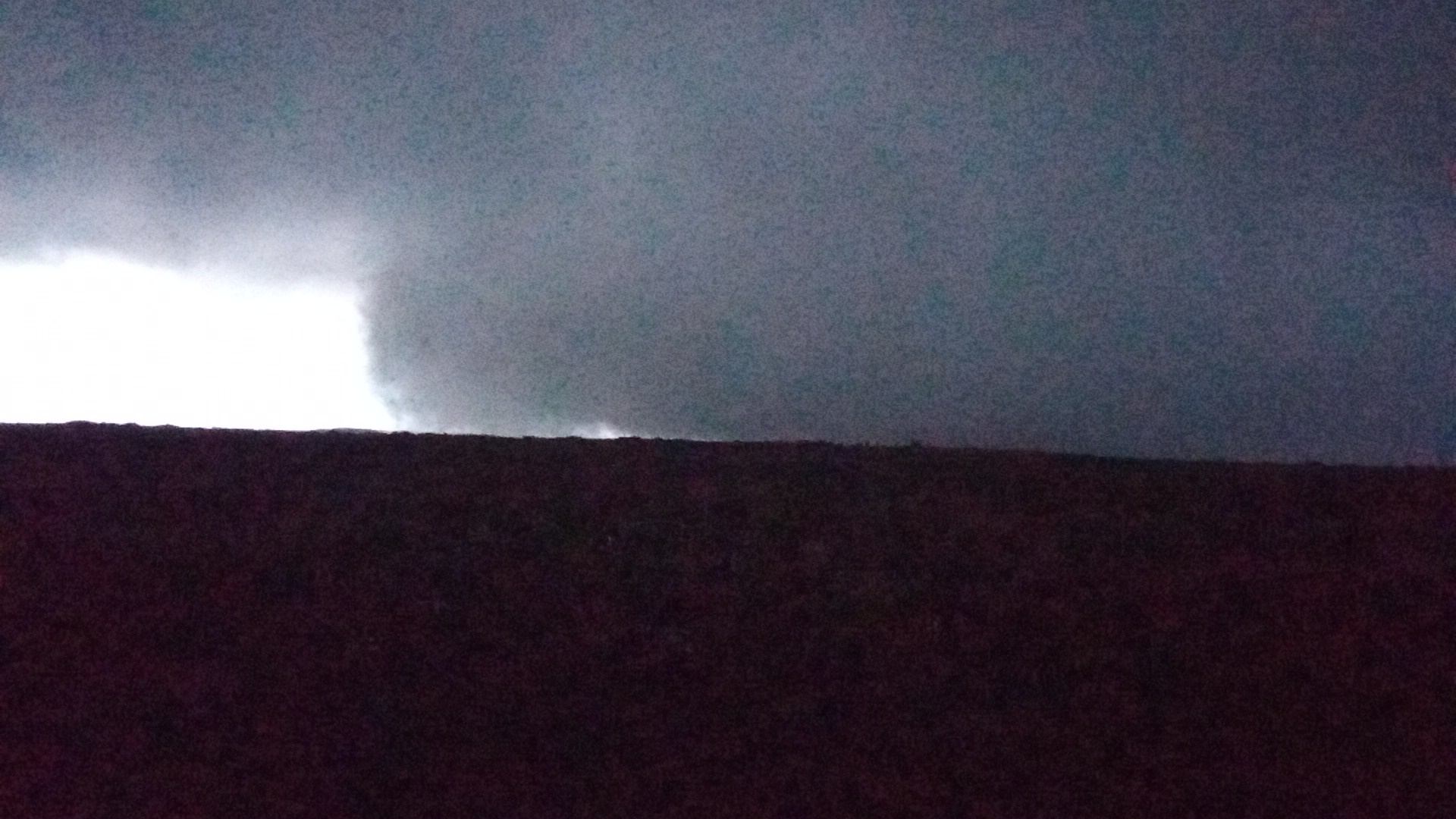 I’m guessing it was moving 45mph at ground level, and it looked violent.

I assessed we were going to be in for a bumpy ride and this might be Muffin’s last chance to pee for the night. We might have 50-60 seconds before we were engulfed in this horror movie.

She didn’t seem to make any haste, but finally did her business. We got back in and secured the van a few seconds before the stormclouds, wind, and rain slammed into the van.

Before it completely grayed out I could see the lower part of the storm slamming into the nearby waterfall ledge, shooting up and tangling with the upper storm flying across the mesa. I would call these huge areas of turbulence “rotation” but it was far more chaotic than that. A huge, grinding, self-eating feature over 100’ tall.

this too shall pass

A couple hours later it was clear and we could see the lights in Grand Junction. The ground is nicely wetted, reducing the dust that otherwise torments us.