Saudi nomads referred to their camels as “ships of the desert”, and there’s even a Quartzsite connection.  Hi Jolly (ie, “hajj Ali”,  hajj indicating one who has undertaken the pilgrimage to Mecca) is a local historical figure.

[Hi Jolly] was an Ottoman subject of Syrian and Greek parentage,  and in 1856 became one of the first camel drivers ever hired by the US Army to lead the camel driver experiment in the Southwest. Hi Jolly became a living legend until his death in Arizona.  -- [wikipedia](https://en.wikipedia.org/wiki/Hi_Jolly)

And I seem to recall that camels were native to North America first. 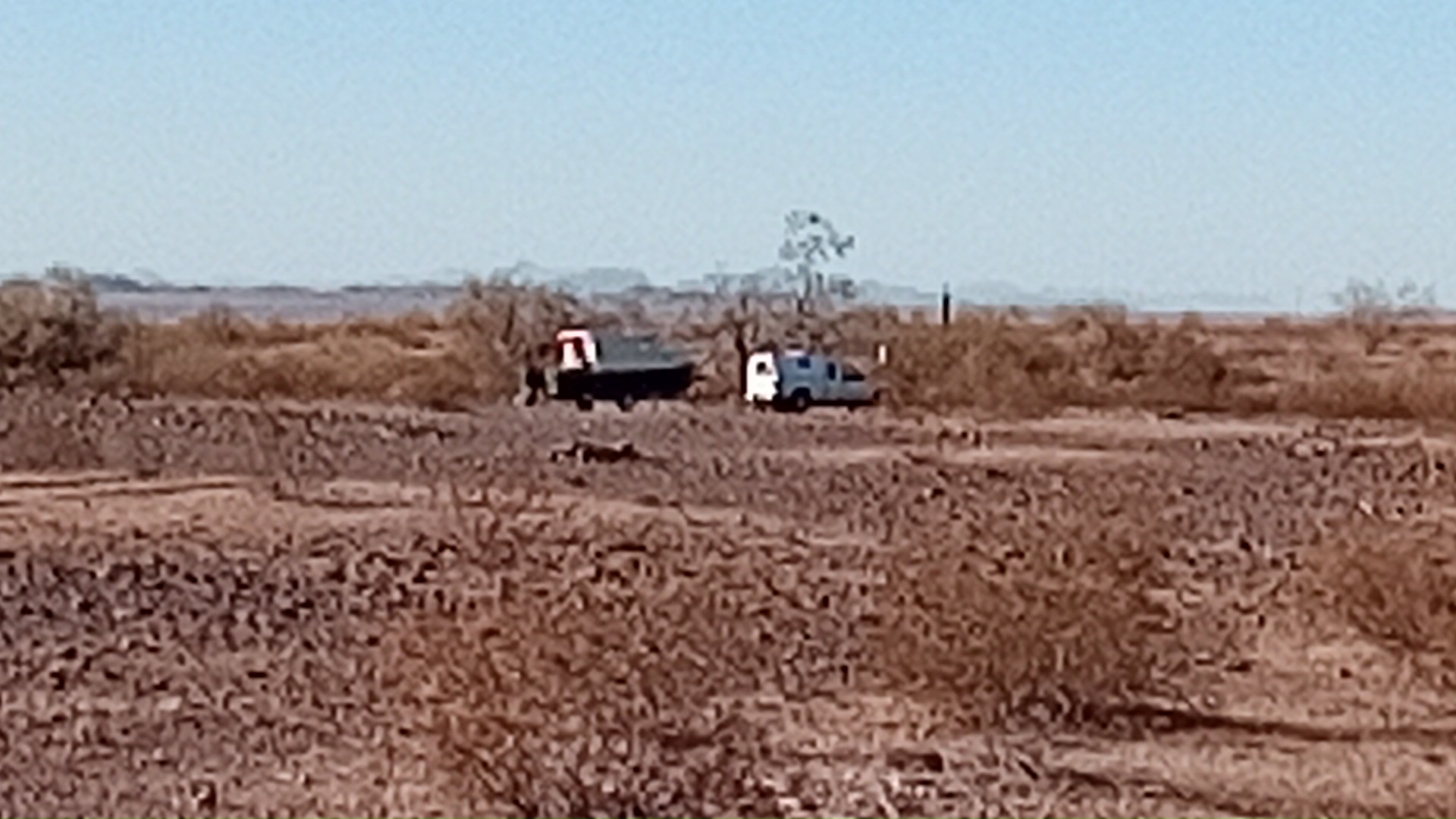 It _i_s amusing in an 8th grade way to see a boat in a desert. To be fair to our landlocked Captain,  Lake Havasu is nearby.  Vans and small boats both make tidy living spaces.

The Captain spends his time thusly:

So far I have resisted the urge to walk by and ask if he’s catching anything.  The Possible Crazy Factor inspires me to keep my distance.

On of of the hikes with Muffin I saw a landform that took a few seconds to figure out: 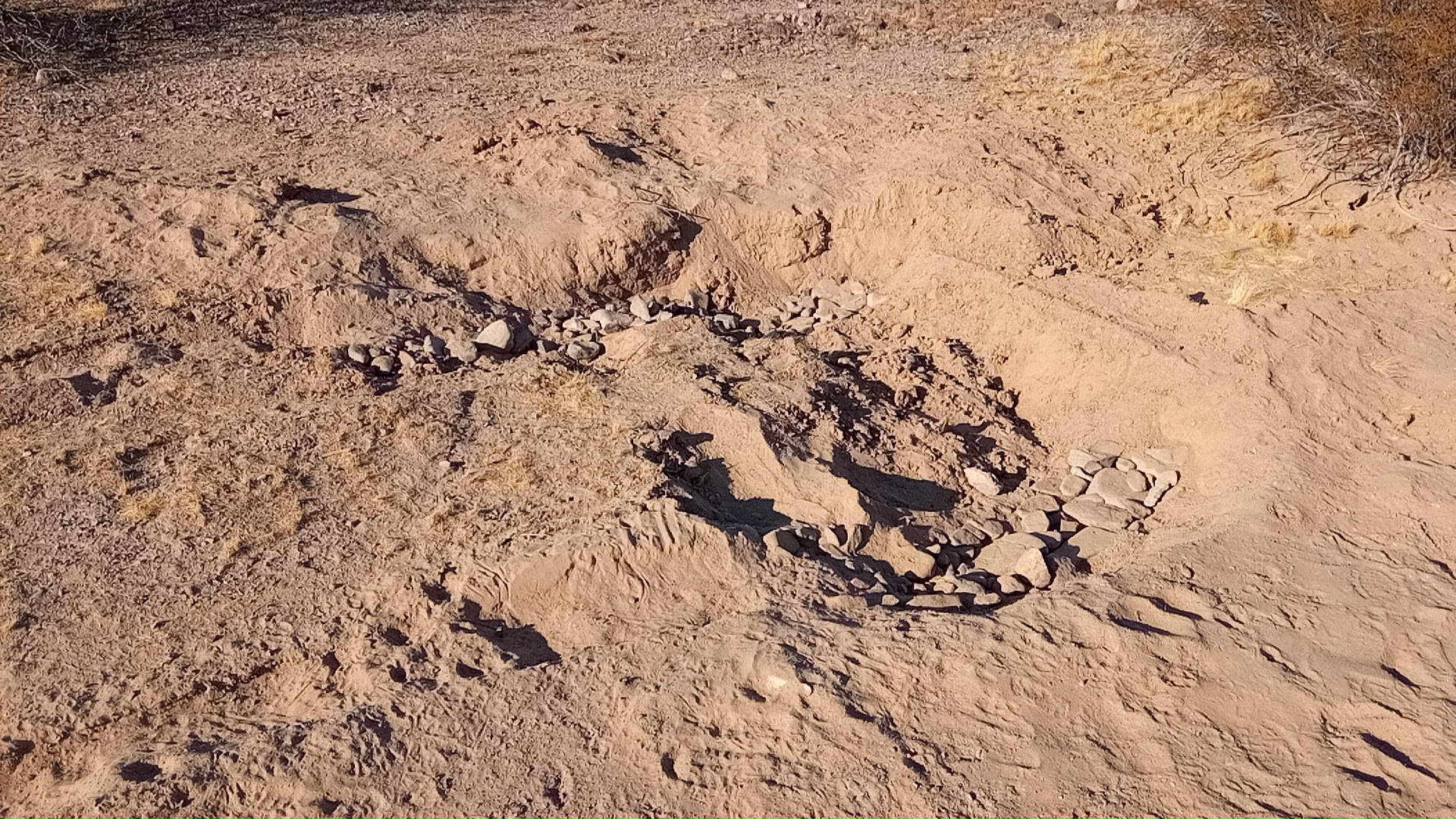 Then I realized someone had ventured too far off the established two-track trail and got srsly stuck. There is evidence of substantial digging and rock additions.  Since there were no rusted vehicles or bones nearby I judge the extraction to be successful.

The BLM areas around Q-town are not pretty even by my desert-loving standards.   ”Desert pavement”, mainly.   These areas are harm-reduction arrangements intended to keep us snowbirds from destroying the desert like locusts.   Looks like this: 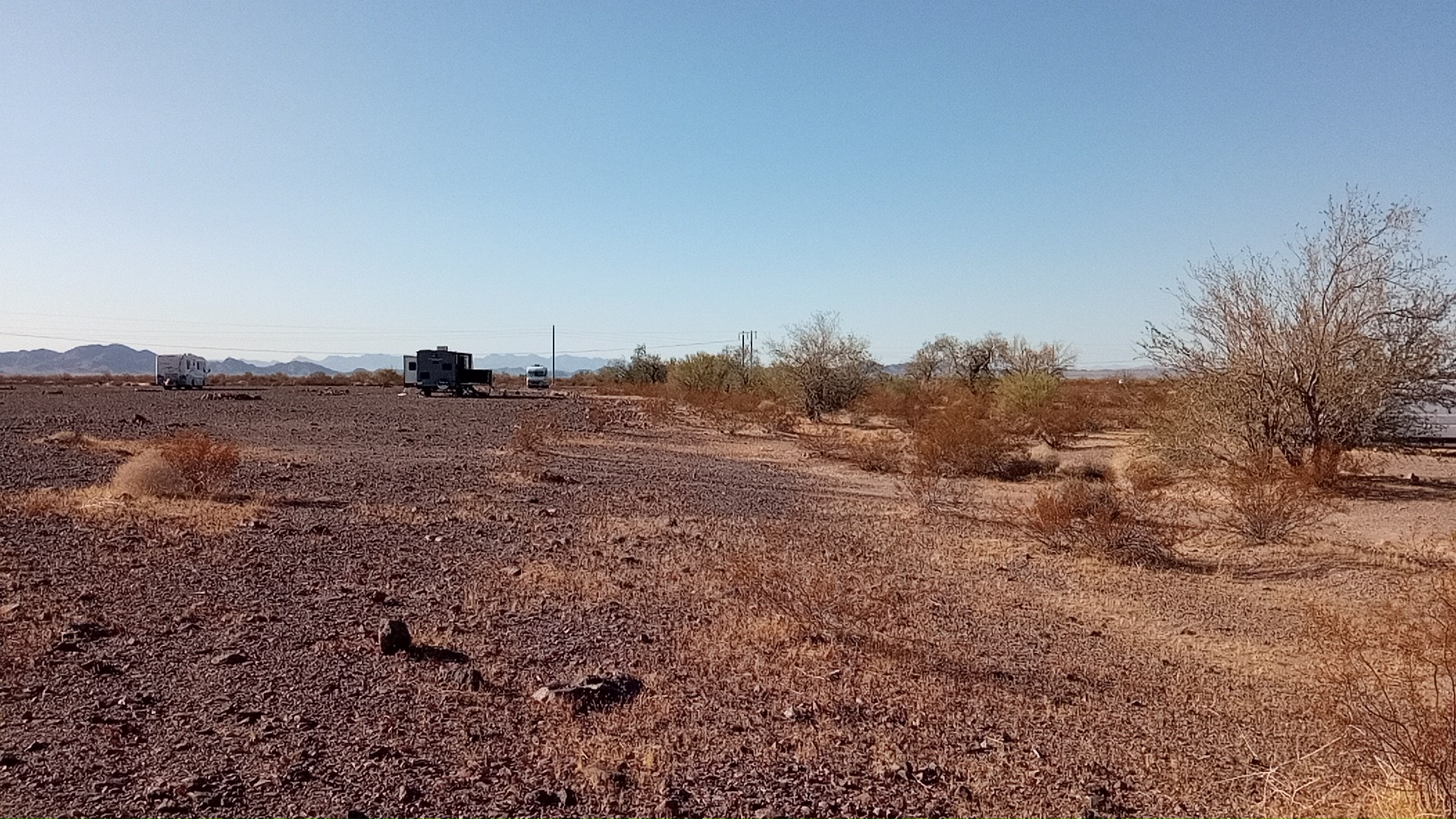 The BLM rotates the camping areas on some schedule and puts up NO  CAMPING BEYOND THIS POINT posts to keep us in the right spot.

Flora is creosote, mesquite, palo verde, and saguaro in some places.   Not much saguaro here in Plomosa Road BLM.  There’s a ton of them on the south side of I-10 but the road going into that area is pavement washboard.

The bleakness of it doesn’t bother me.  I need the warmth more than I need pretty stuff to look at.