Here’s the view looking back at the camping spot;  the van is slightly below center in the pic: 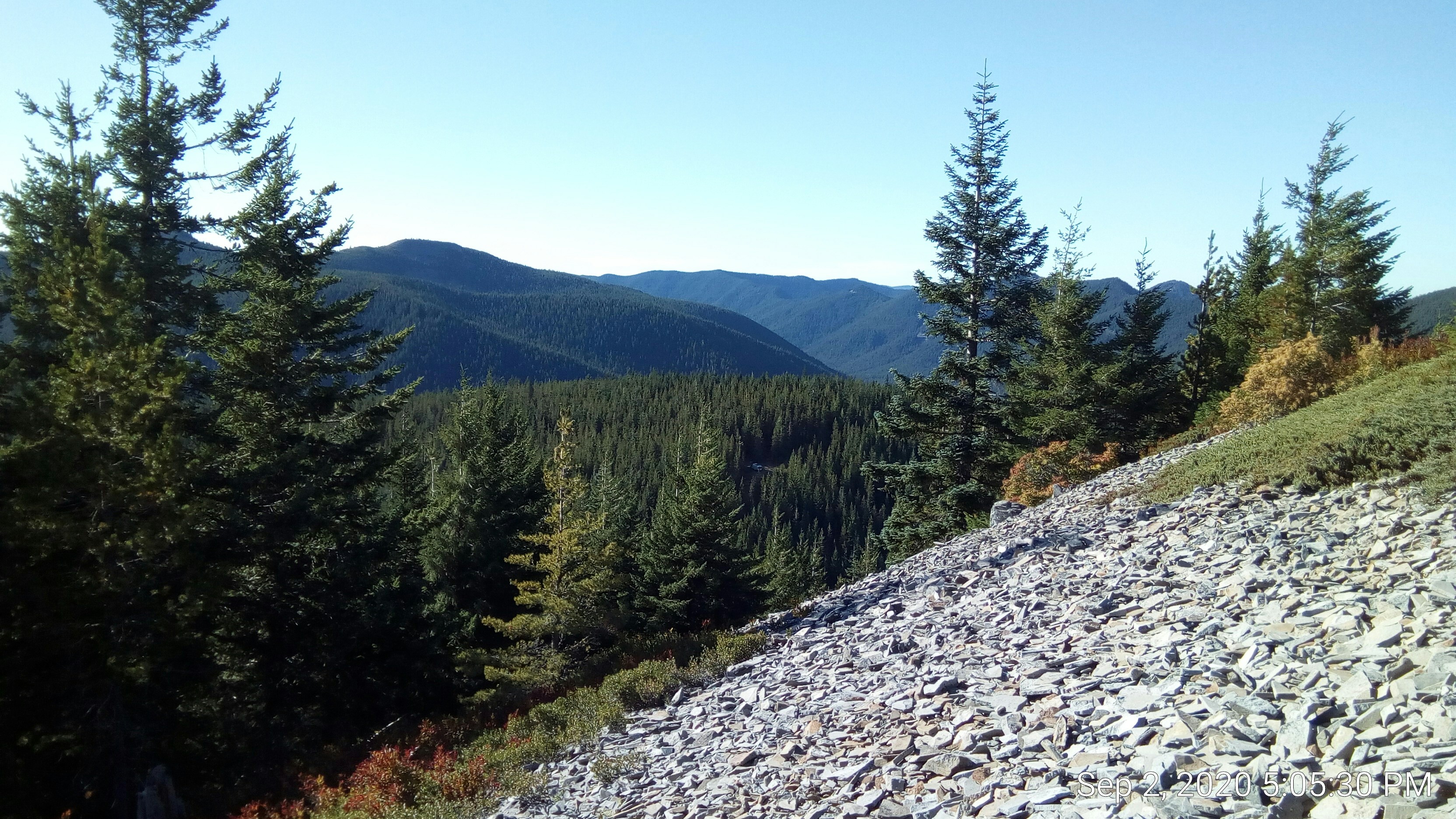 the first peak we went to is to the east, and is behind the rocky outcropping from the van’s point of view.   The trail leading to it was steep enough the dog was slipping on the way up.

Coming up on the peak with Hood in the background: 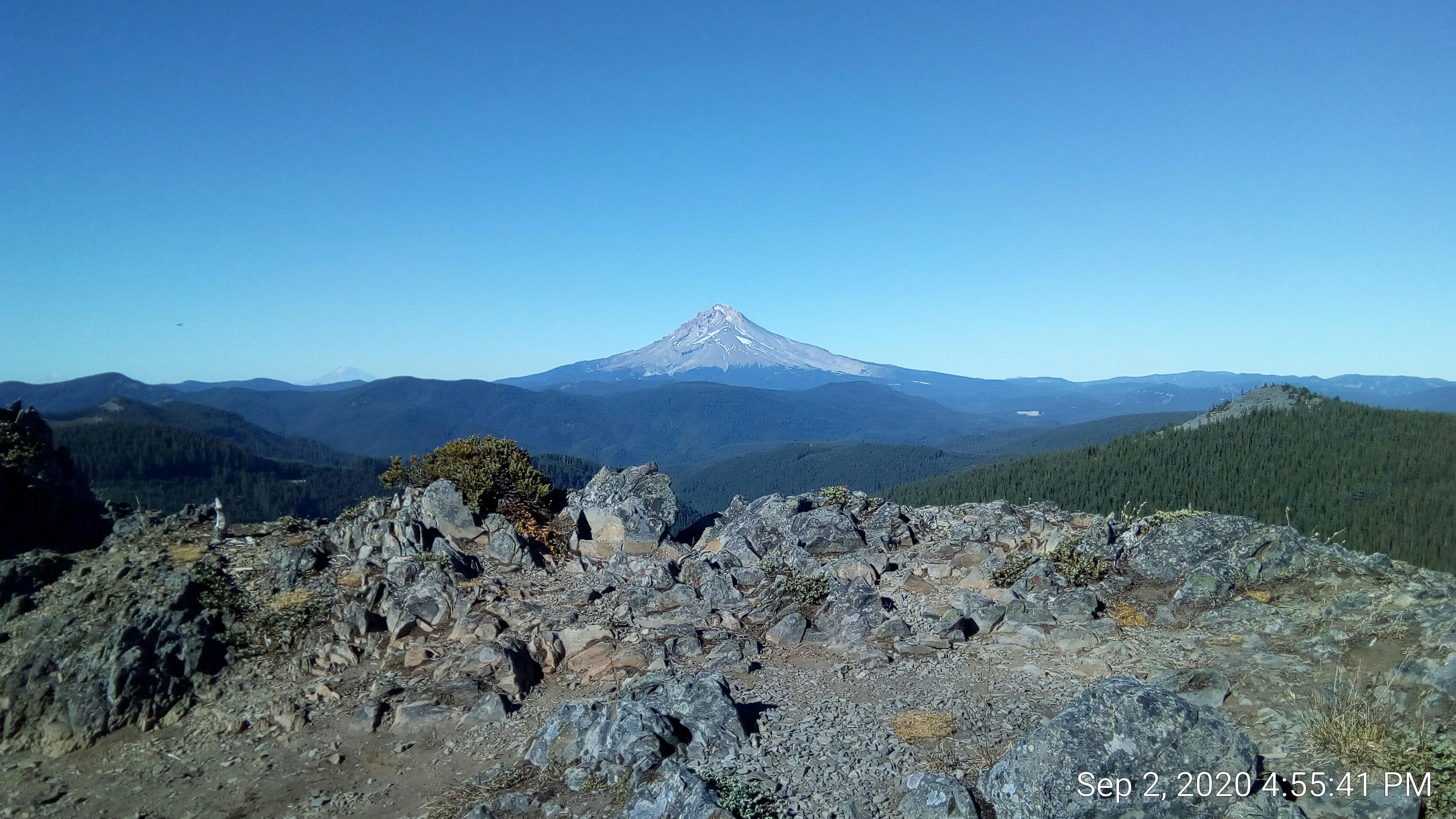 Here’s Muffin doing her “stand on the edge of whatever” stunt: 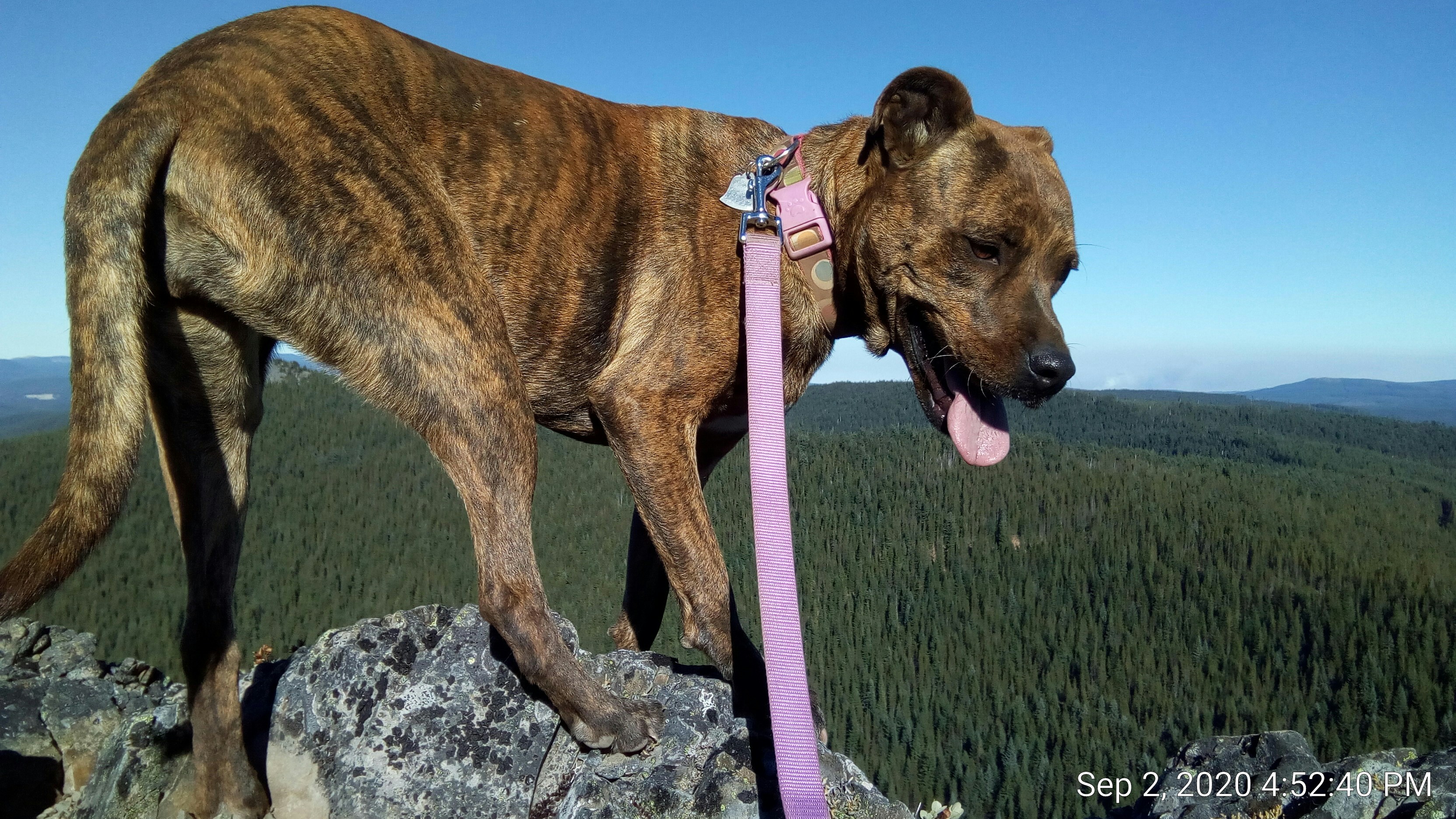 I wanted to get a pic of the camping spot so I went on to the second peak.  The trail was so steep, loose, and surrounded with death on all sides that I tied Muffin’s lead to a tree and went up alone.

looking back at the first peak: 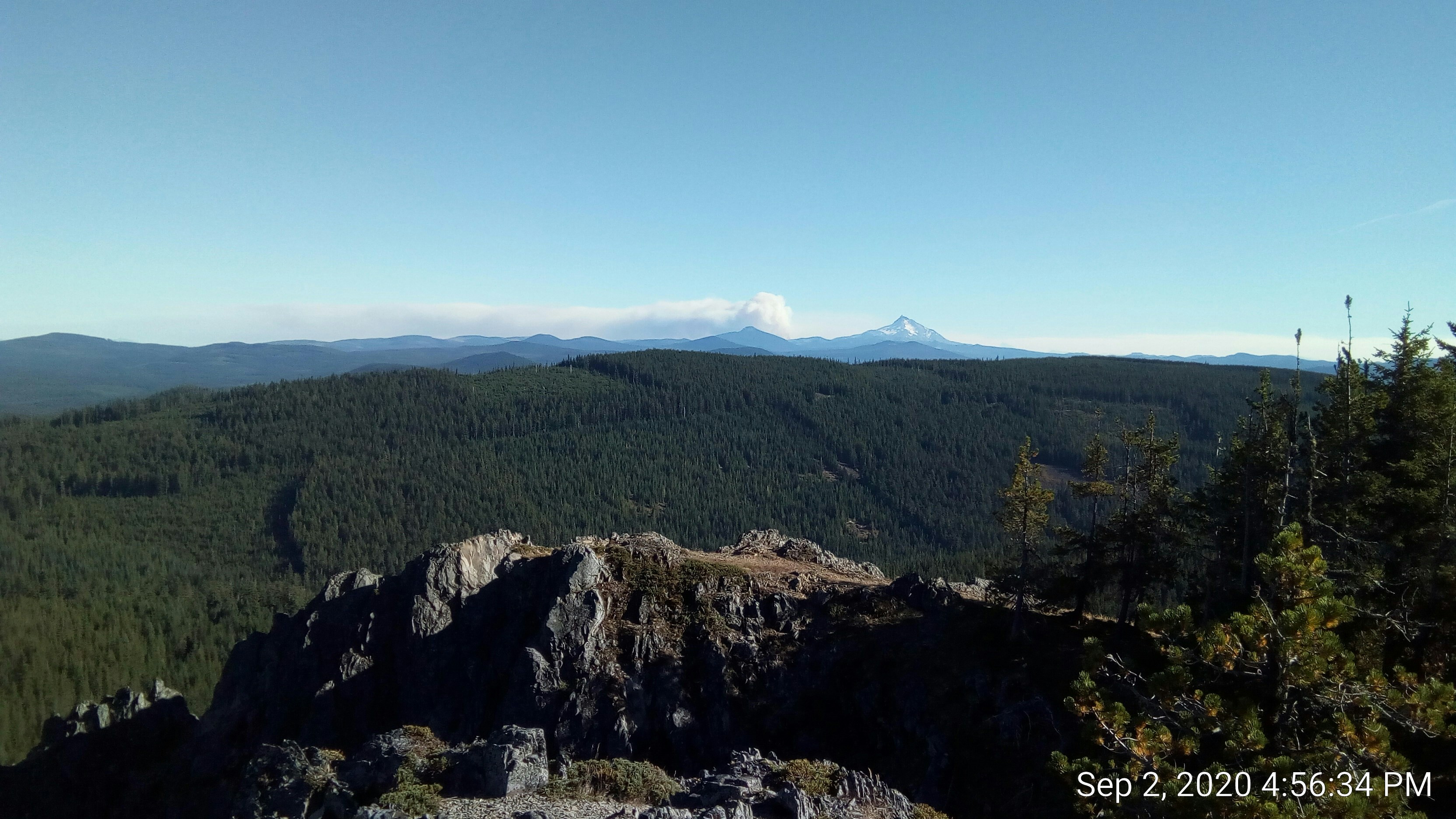 The third peak was an easy approach, with 4wd trail going right up to it.     Here’s a pic of the final peak from here: 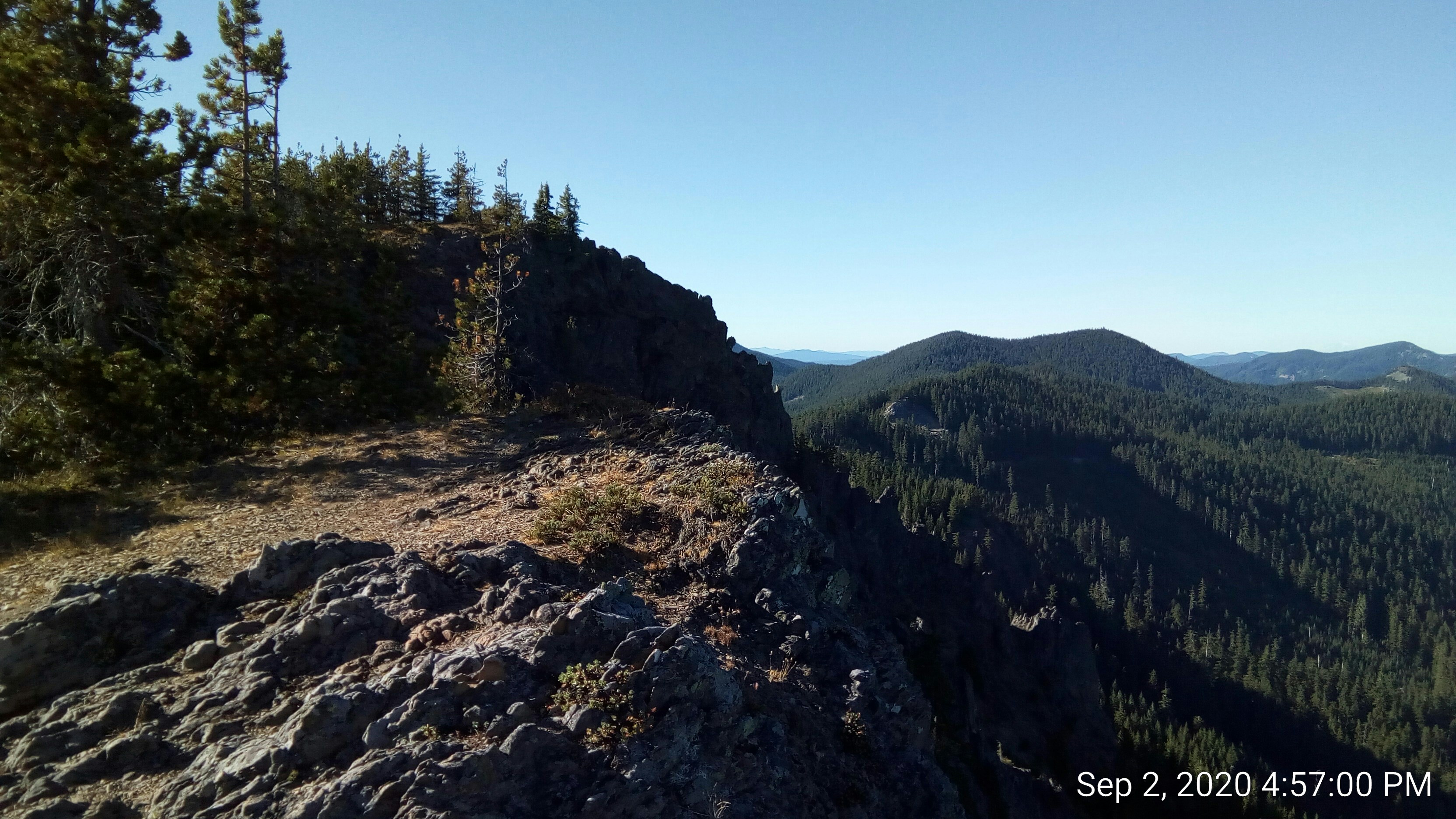 The final peak was accessible from a narrow trail leading to the west.  The trail was mainly made of flat, palm-sized chips of rock. About 3/4 the way up I got a view of the van that is posted at the top.

At the top  the van was not clearly visible due to trees: 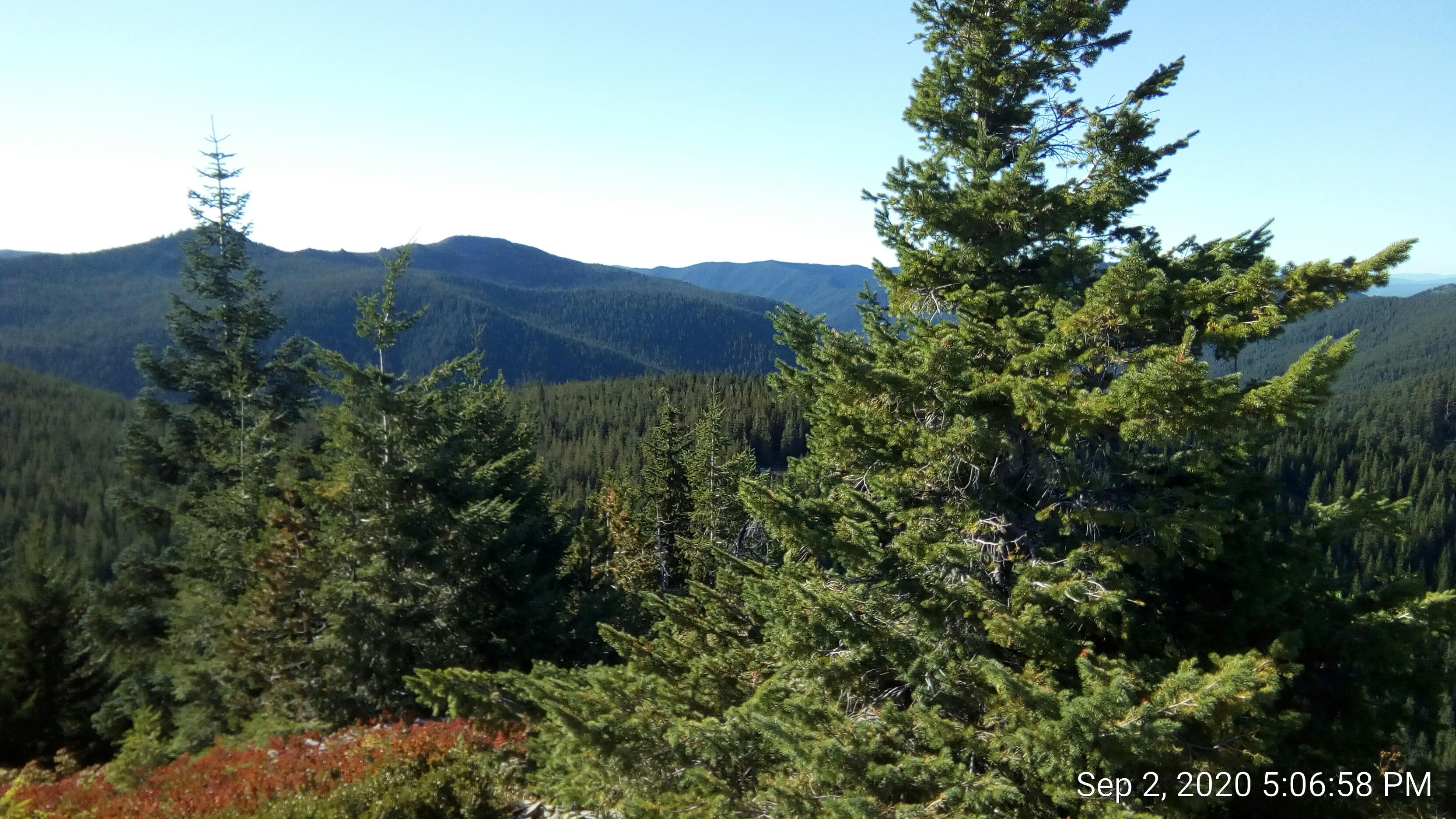 At the top there was a trail leading to the edge: 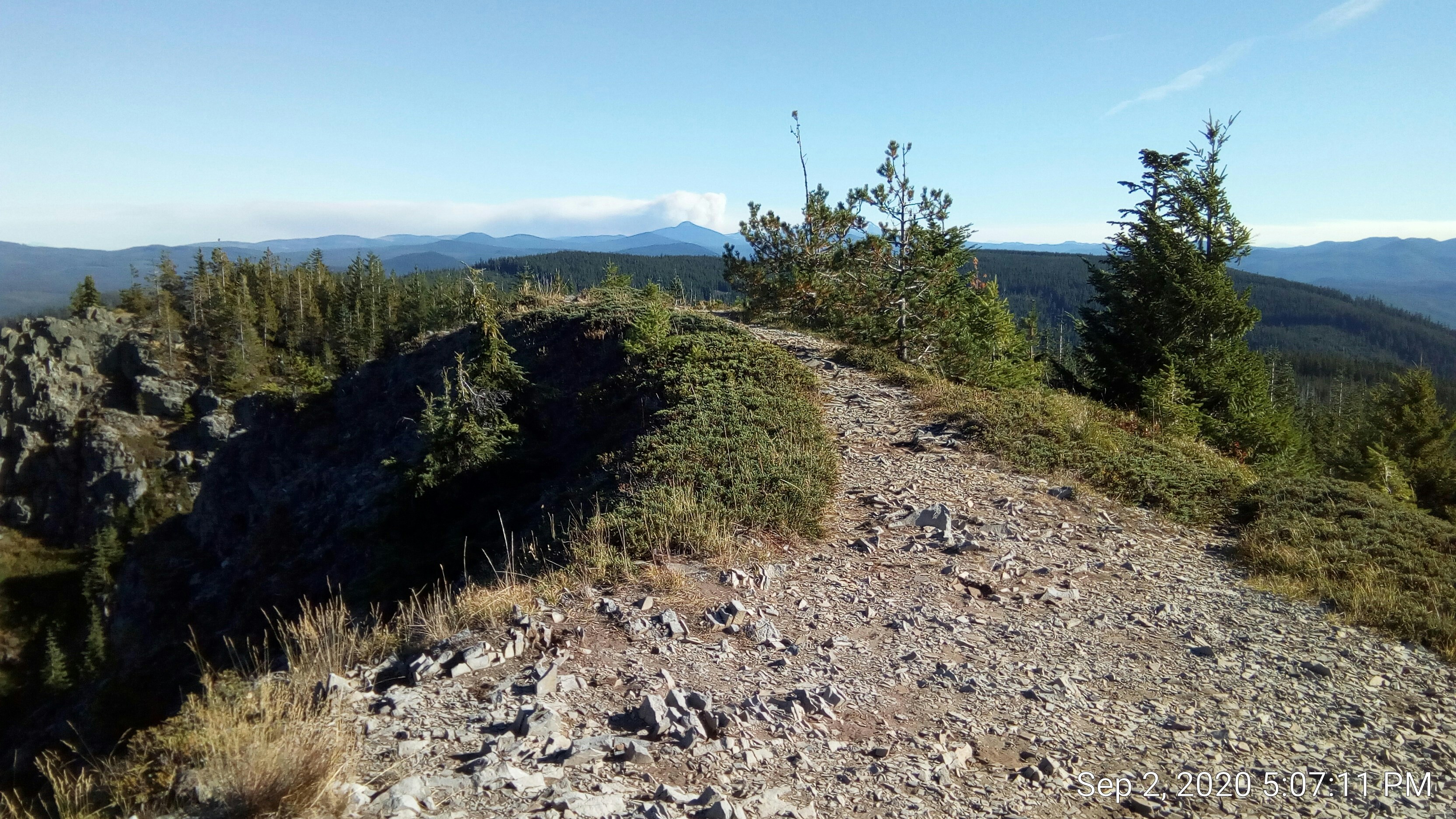 At the edge there were two rock formations with steel sticking out, and a probable one closer to the edge where I wasn’t going to go! 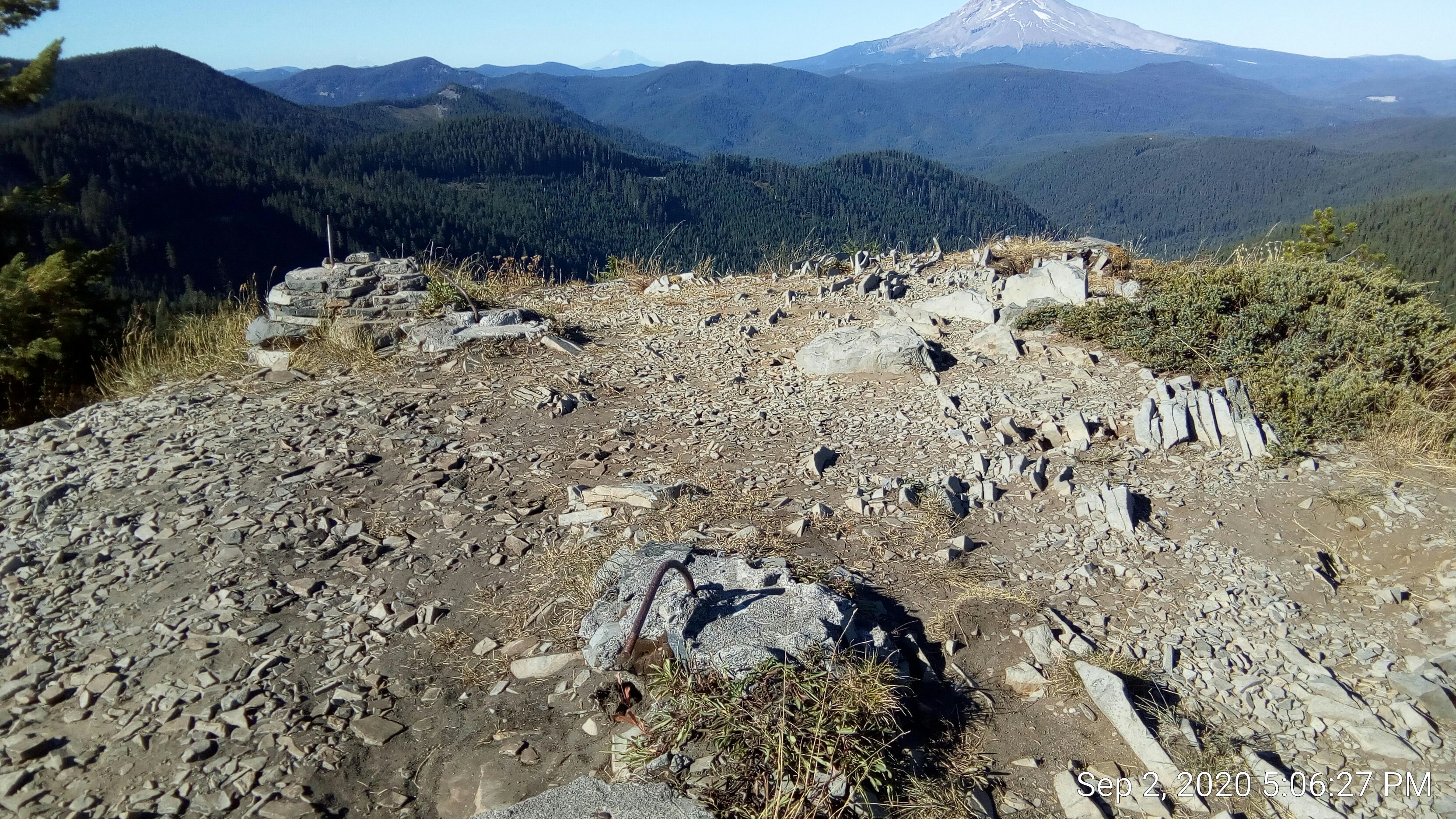 I suspect this used to be an antenna mast mounting.  I hope they flew it up there with a helo instead of carrying it up bit by bit.