Feel free to mock my lack of attention and grouchiness below.  I was wrong, and the correction is at the bottom. 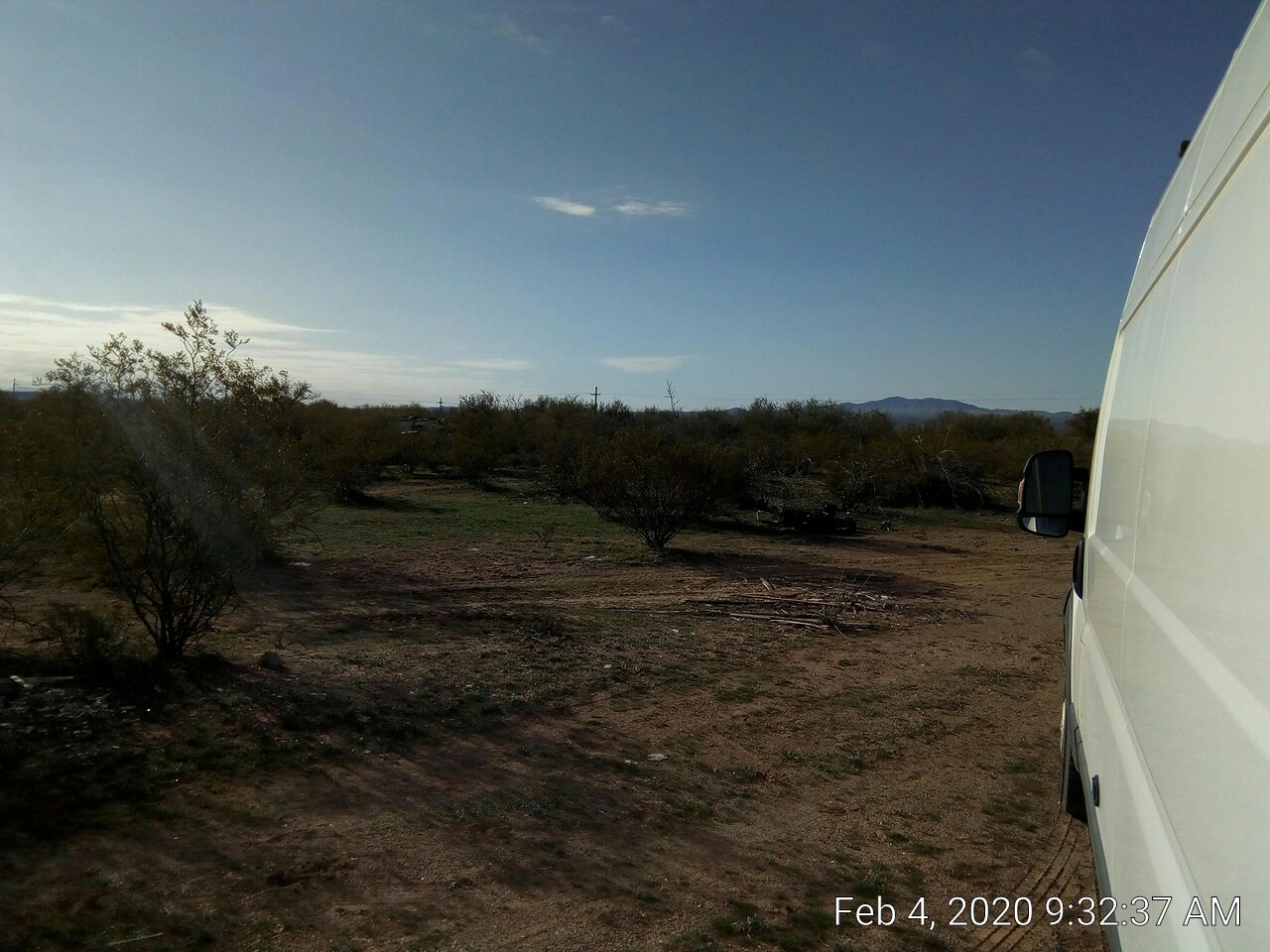 MIght not look so shabby at first glance,   but the area is trashed out.   There is a Dodge pickup front clip in the shadow of the shrub center right, and a (abandoned?) Sheetrock and other crap in the immediate area.  RV with tarps over it in the background center left.

I was sniffing around a small chunk of BLM land outside Tucson.  There were plenty of folks camping so I tried to find some solitude.  North of the roadway was at least one more BLM marker so I explored in there.  Turns out I went beyond the BLM land and was apparently on some trashed private land. Here’s a screenshot from the app – I am the blue dot and the BLM land is the peach overlay. 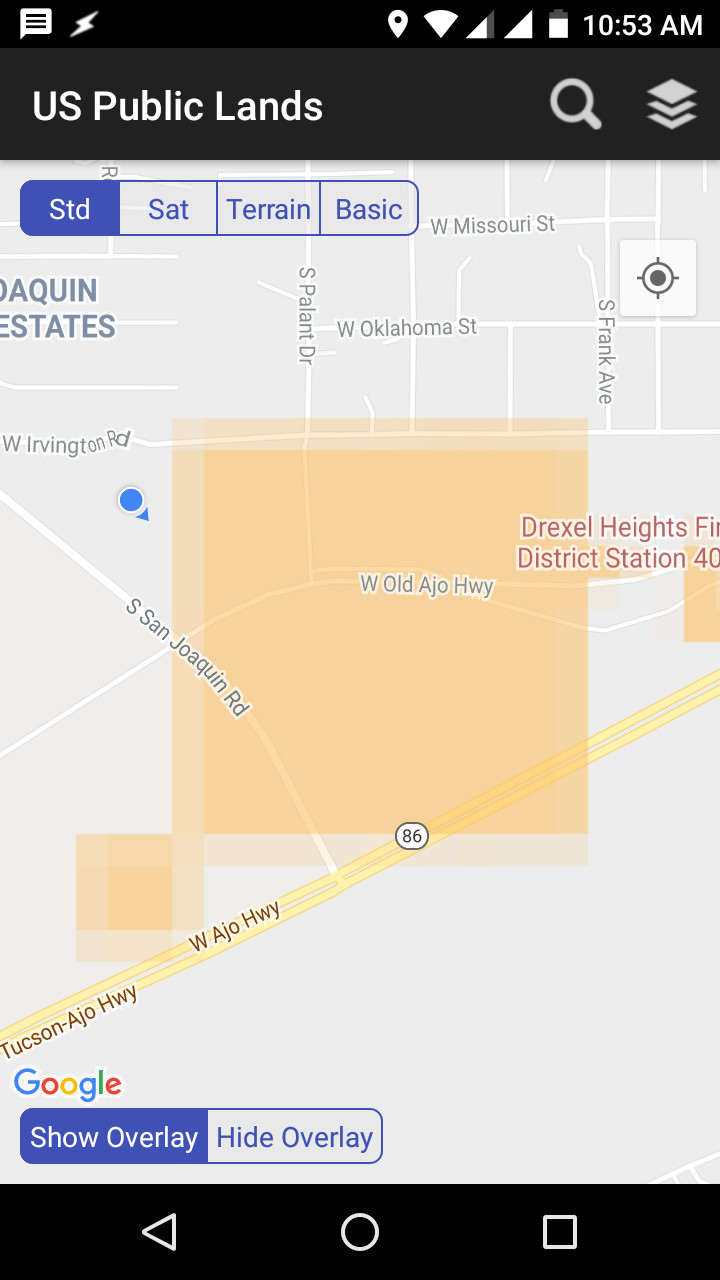 In this pic I’d be in the unpopulated rectangle of land in the background.  To be fair, a strip across the roadway was still BLM: 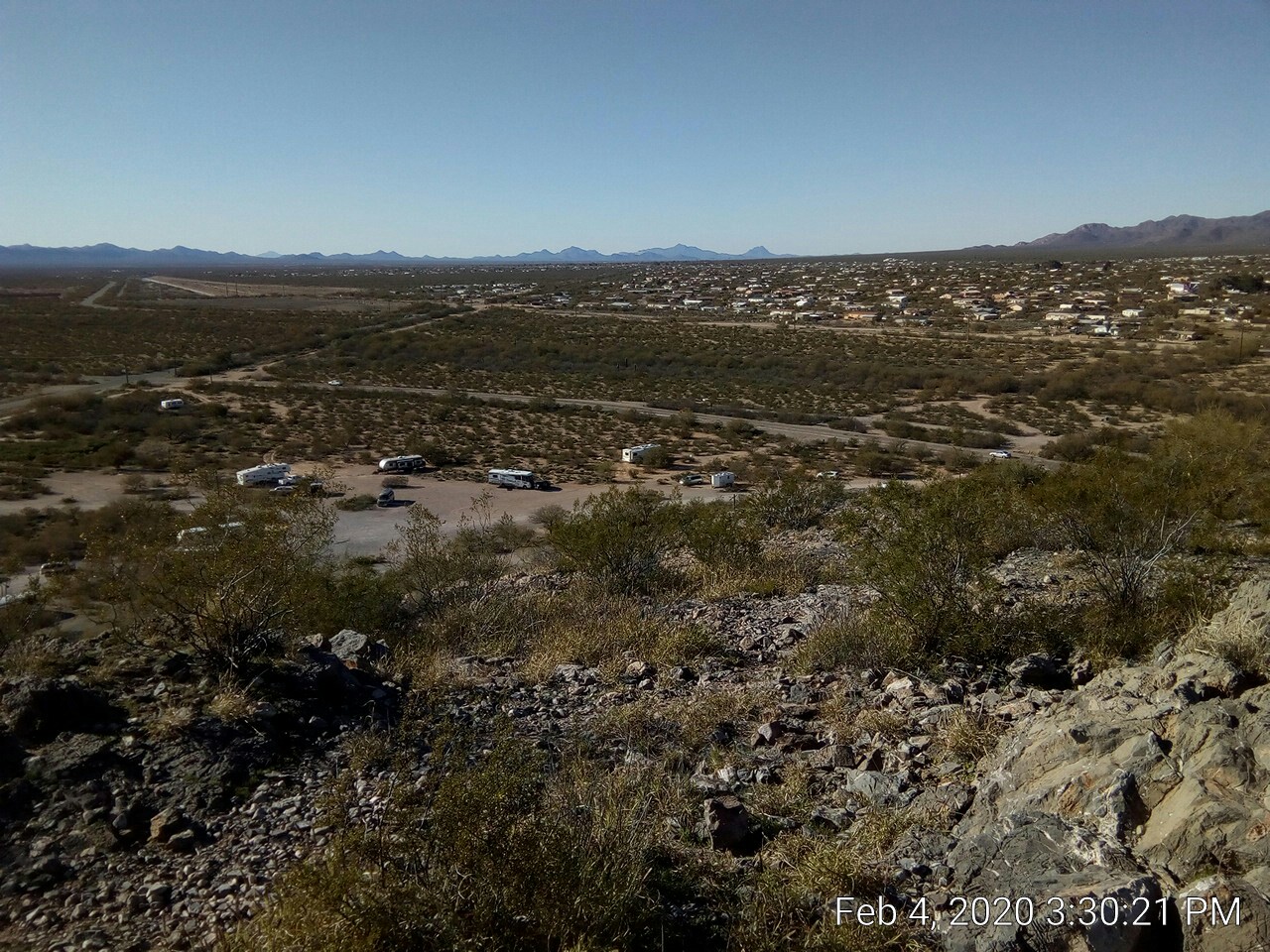 I loaded up the doggo and headed into the safe zone: 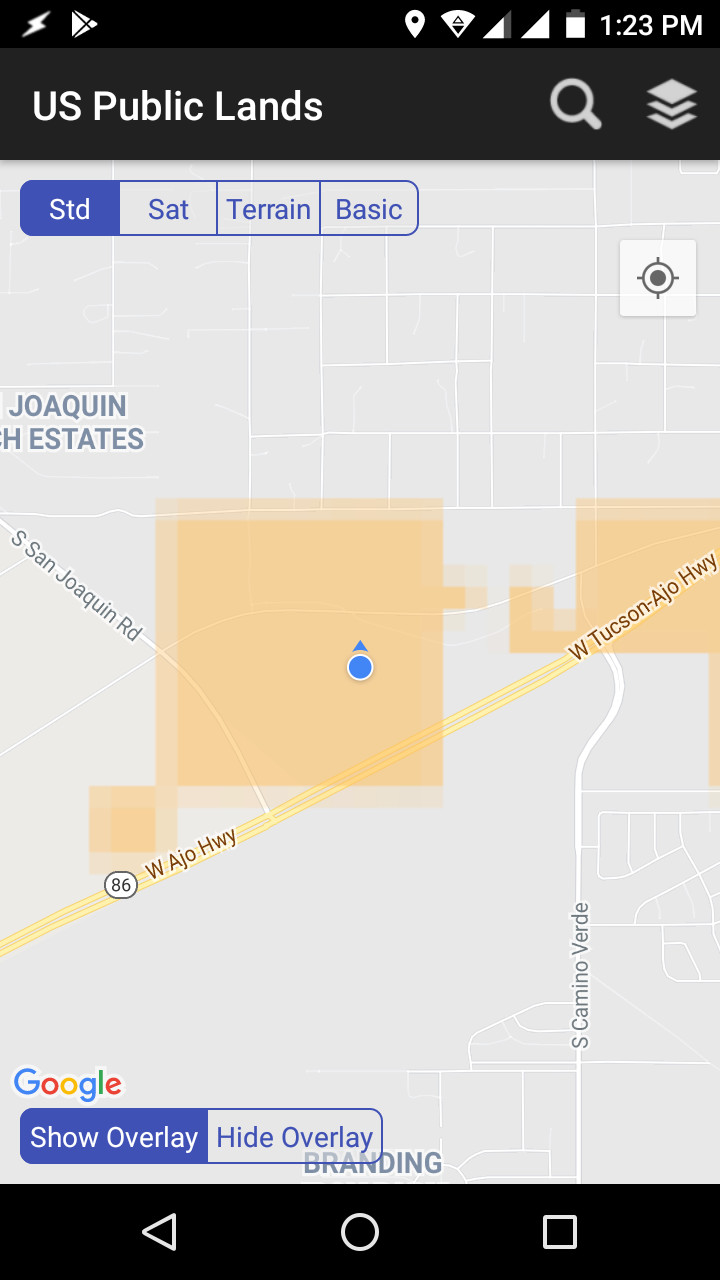 Where things were much better.  Lots of ancient broken glass, but nothing like the trash on the non-BLM area.

Muffin and I walked up the hill to get our hearts pumping;  our van is in the foreground.  We’re looking at the east side of the hill. 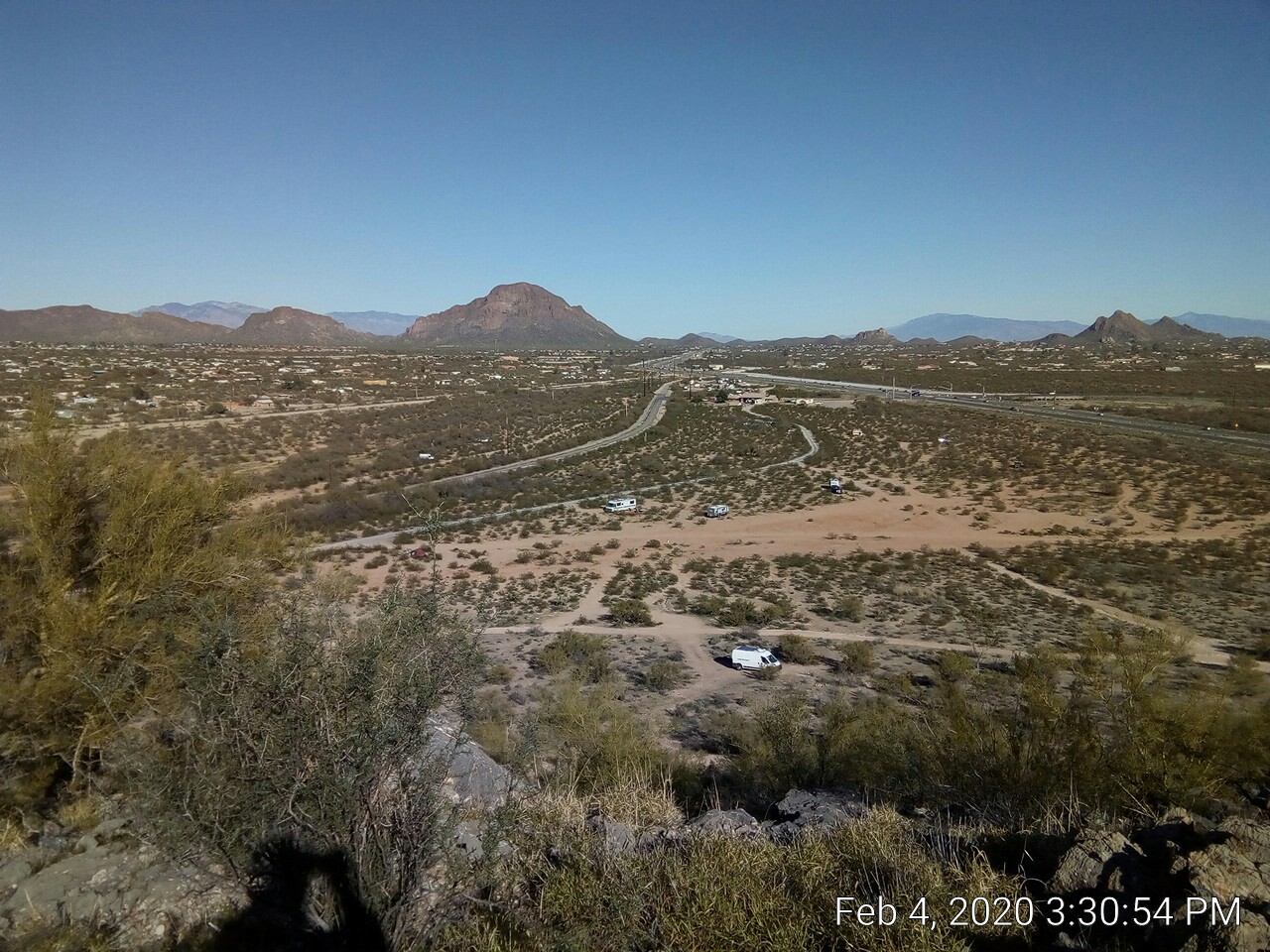 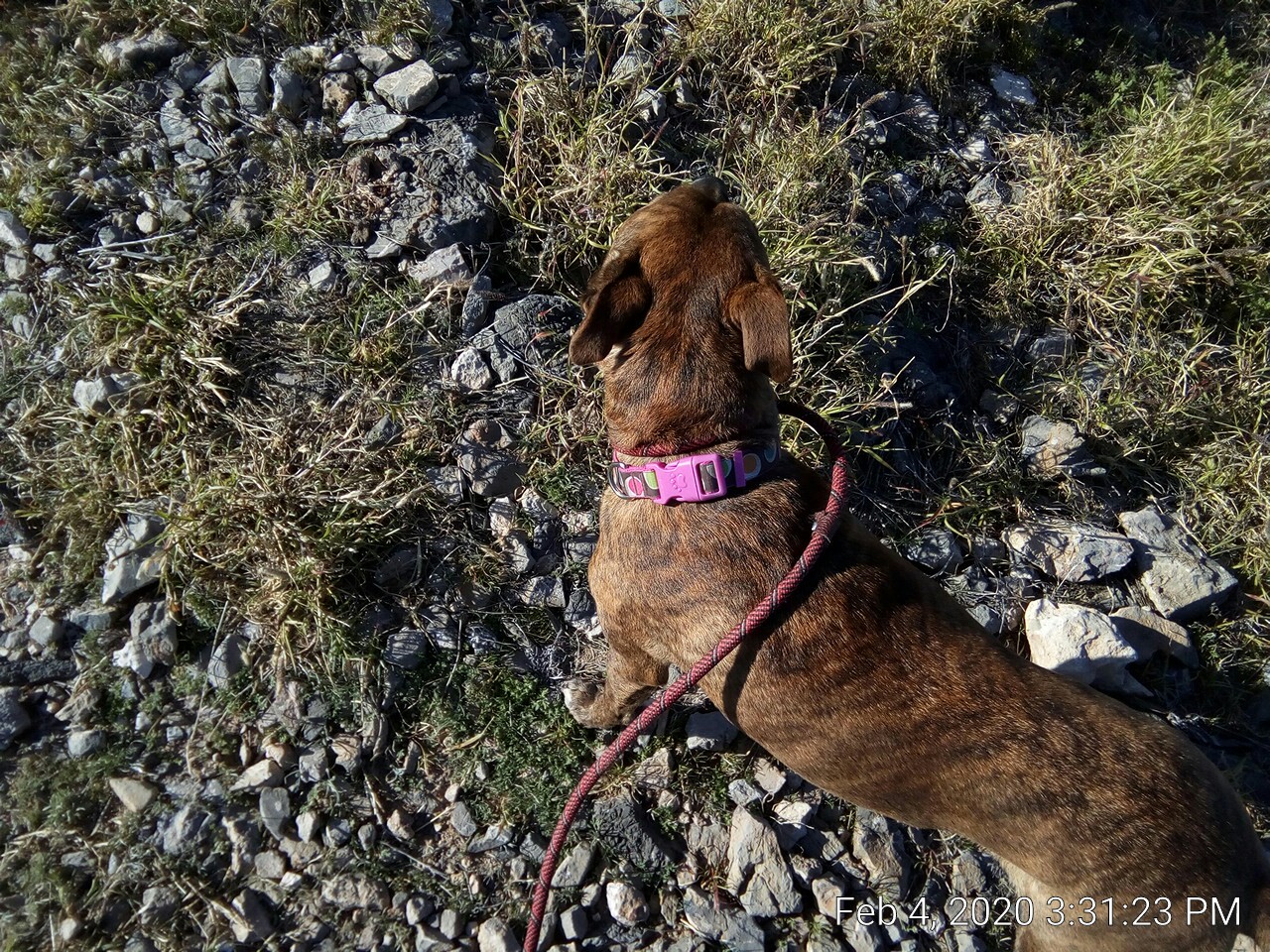 The west side was much more social: 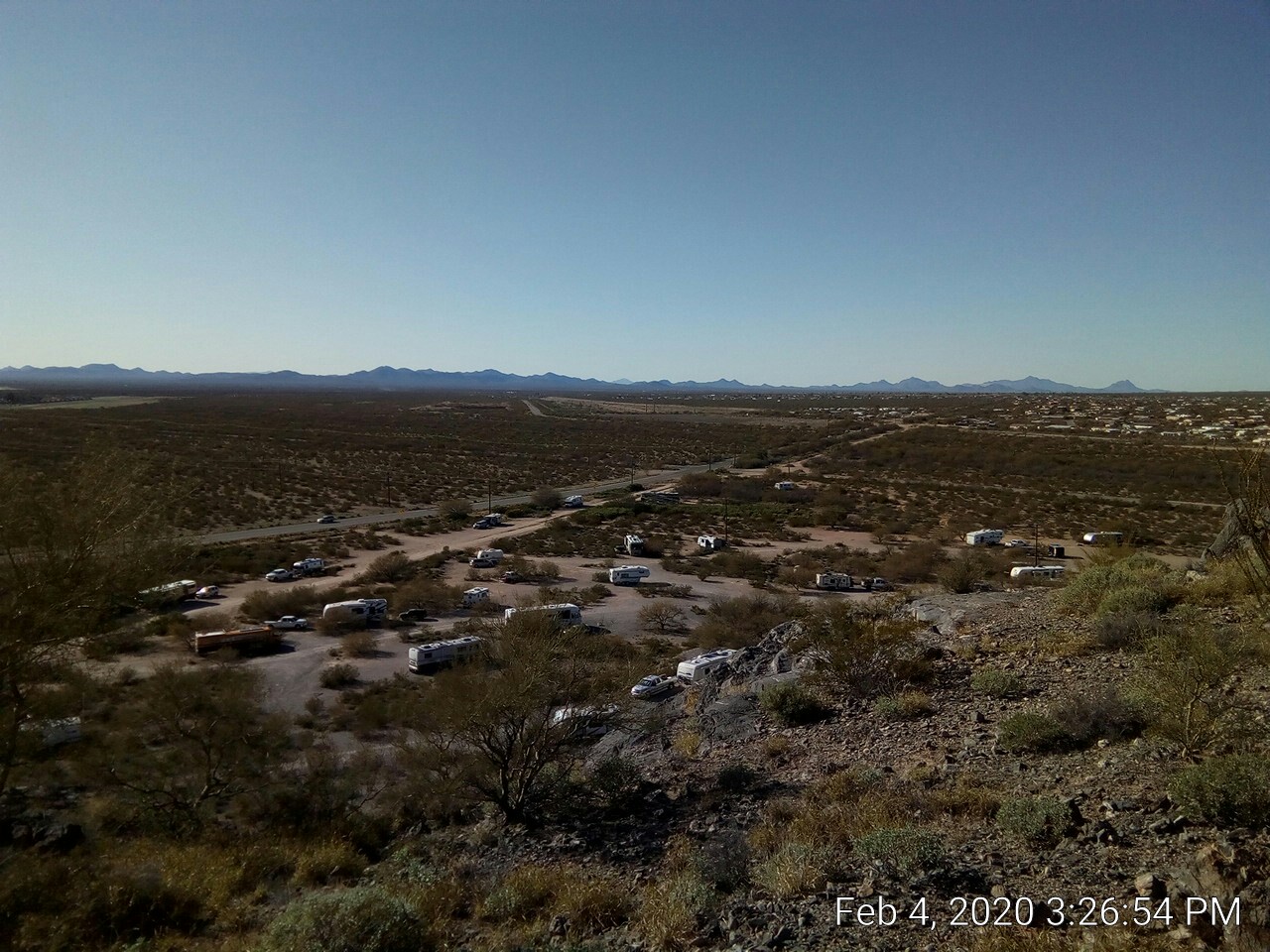 So don’t be me.  Check the BLM limits before setting up camp.