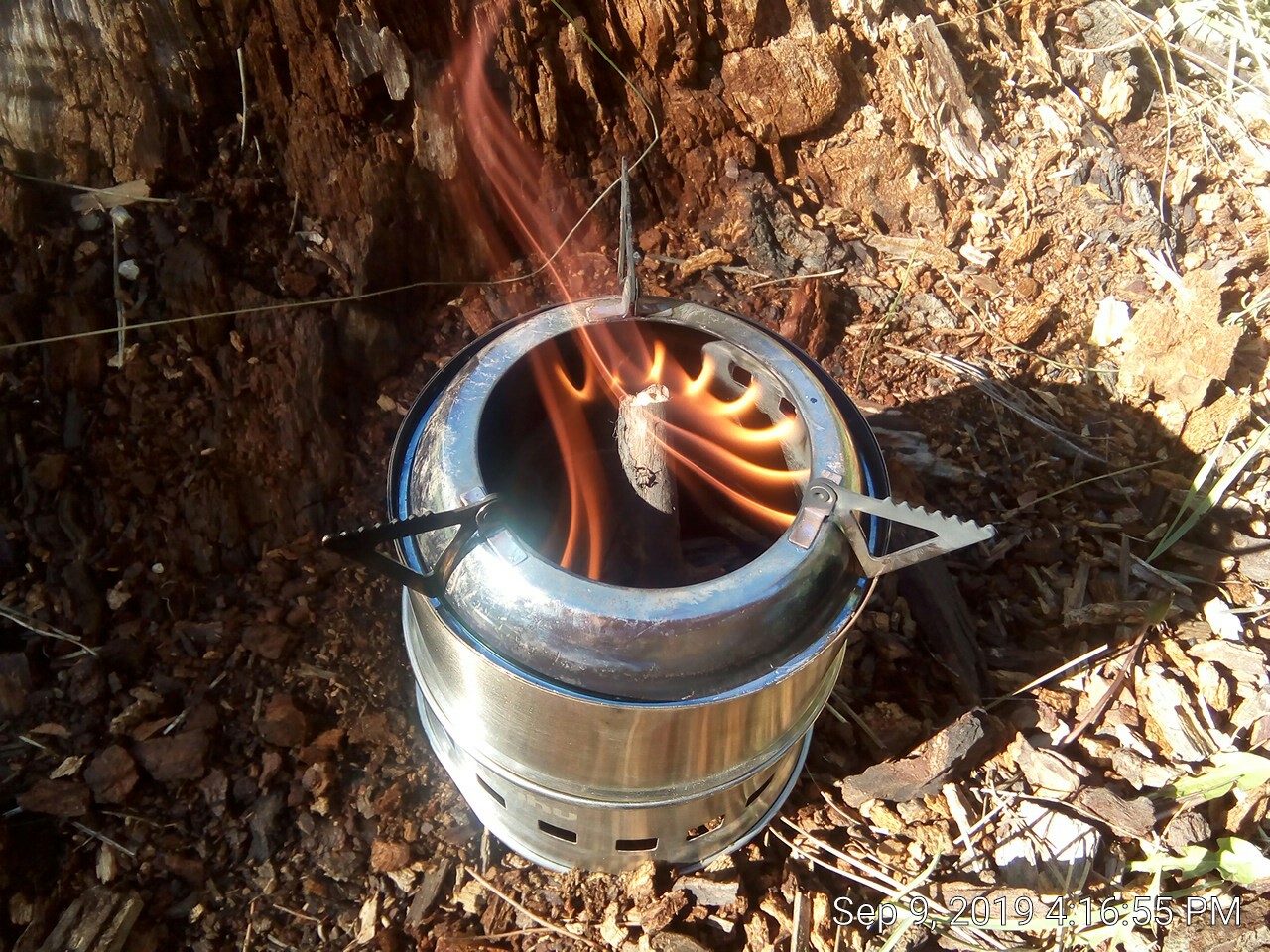 You can tell right away that there’s something different going on there compared to a campfire or hobo (tin can) stove.

There are many producers of the little Chinese stove;  I bought the Ohuhu (???) one, as it has about 1000 reviews with an average of 4.5 stars.

The stove comes packed in a decent little bag, stacked concentrically like a Russian doll.  Took a couple times to eyeball and put together correctly.  Reading the included instructions would have made that part faster.  :-)

The stove is small and uses smaller bits of fuel than one is used to when building open cooking fires.  This is an upside – small pieces that aren’t worth picking up and throwing into an open fire work great in this stove.   Make use of everything!  It’s even loaded opposite to how one builds an open fire:  larger chunks on the bottom and small stuff on top where it’s lit.

I’ve heated water for coffee, and done some light cooking on it.  Works great and leaves fine ash and a few bits of char.

The drawback is the same as other bio fires:  soot needs to be cleaned off your cookware afterwards.

Totally worth it.  For $20 it’s worth the fun of watching it.  Plus it works great as a stove.

from a YT video by Stove Mods[/caption]

This particular type of gasifying stove (a top lit updraft or TLUD) does burn some wood like a campfire but also has a few tricks up its sleeve.

Based on my observations, it looks to me like the stove runs in three stages.  Hopefully someone with more understanding will jump in with corrections.

Once running, it looks to me like the primary combustion burning the fuel is greatly reduced, and the the secondary starts heating the fuel enough that it starts pyrolizing instead of combusting.  I do not observe flames on the fuel after the secondary gets going.