I promised last time I would say more about a used bike I picked up. Here it is on the receiver hitch carrier. 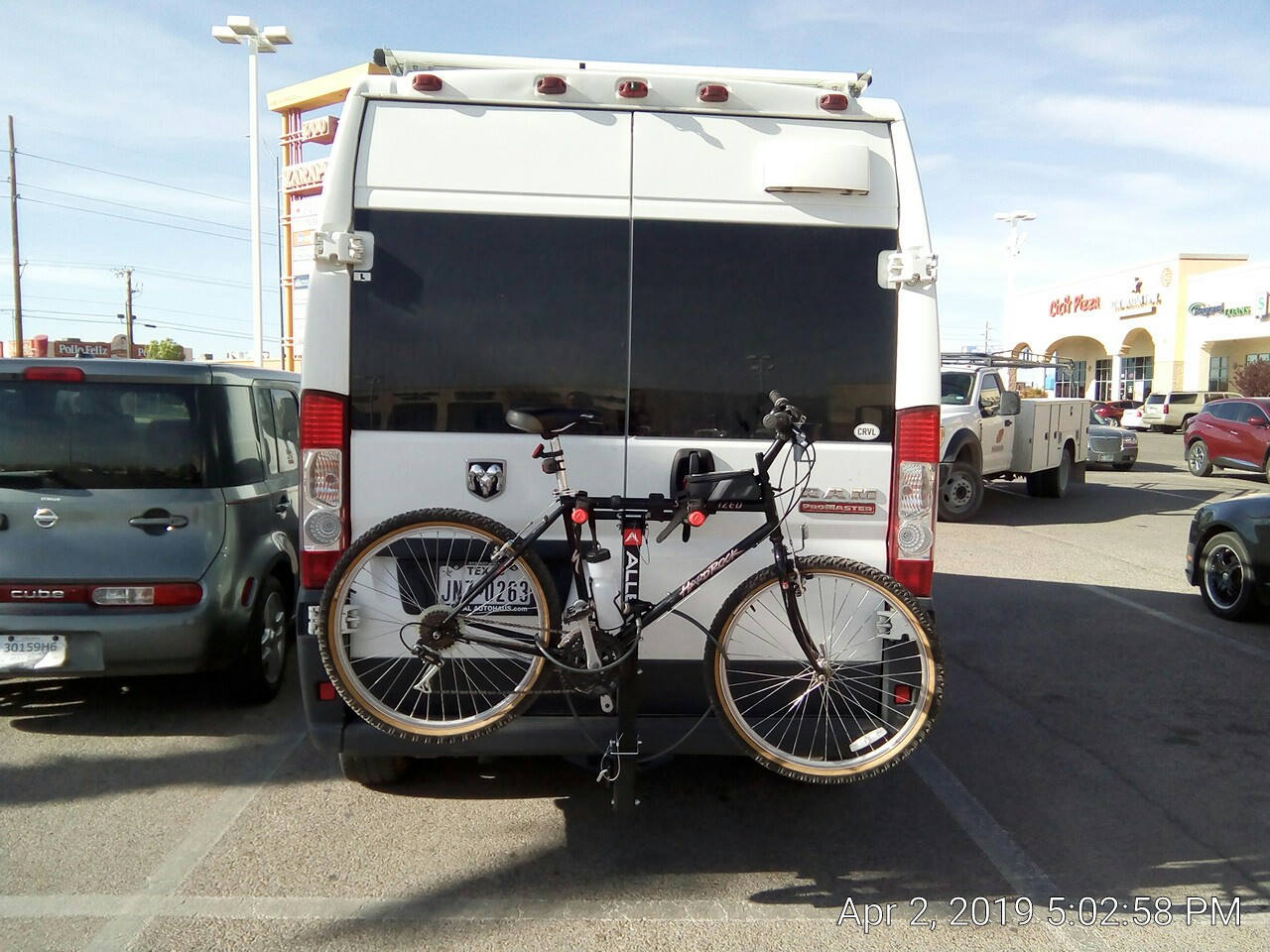 This kind of thing is big in the borderlands: find something, fix/improve/service it, and re-sell it for a fraction of new. Margins are thin, but the cost of living is low enough to make even humble commerce worthwhile.

There were a few reasons I wanted a bike:

I hadn’t been able to find much about bicyling in Juarez, so I was prepared to have it not work out. It did work out, and quite nicely. Here’s what I learned.

It costs 25c (or 5 pesos) to cross the Stanton street pedestrian bridge in either direction. So have some change with you. There is no obstruction or formal ingress – keep walking and then you are there.

The infrastructure can be minimal or degraded; roads are not perfect and can be quite uneven. Score one for the mountain bike! Train rails are inset into the roadway with wide gaps, ready to throw bike and scooter riders. Curbs are very tall but sloped at crossings for pedestrian and bike traffic. In places the sidewalks can be 1.5’ - 3’ above street level, with no rails to contain the inattentive. It was on a sidewalk like that in Germany that I lunched my ankle. But I appreciate the “zero coddling” approach. I think we in the US are so wrapped in cotton batting that we don’t remember what we are capable of.

The main plazas are very well maintained, and lead you to markets, the modern cathedral and its much older sister: 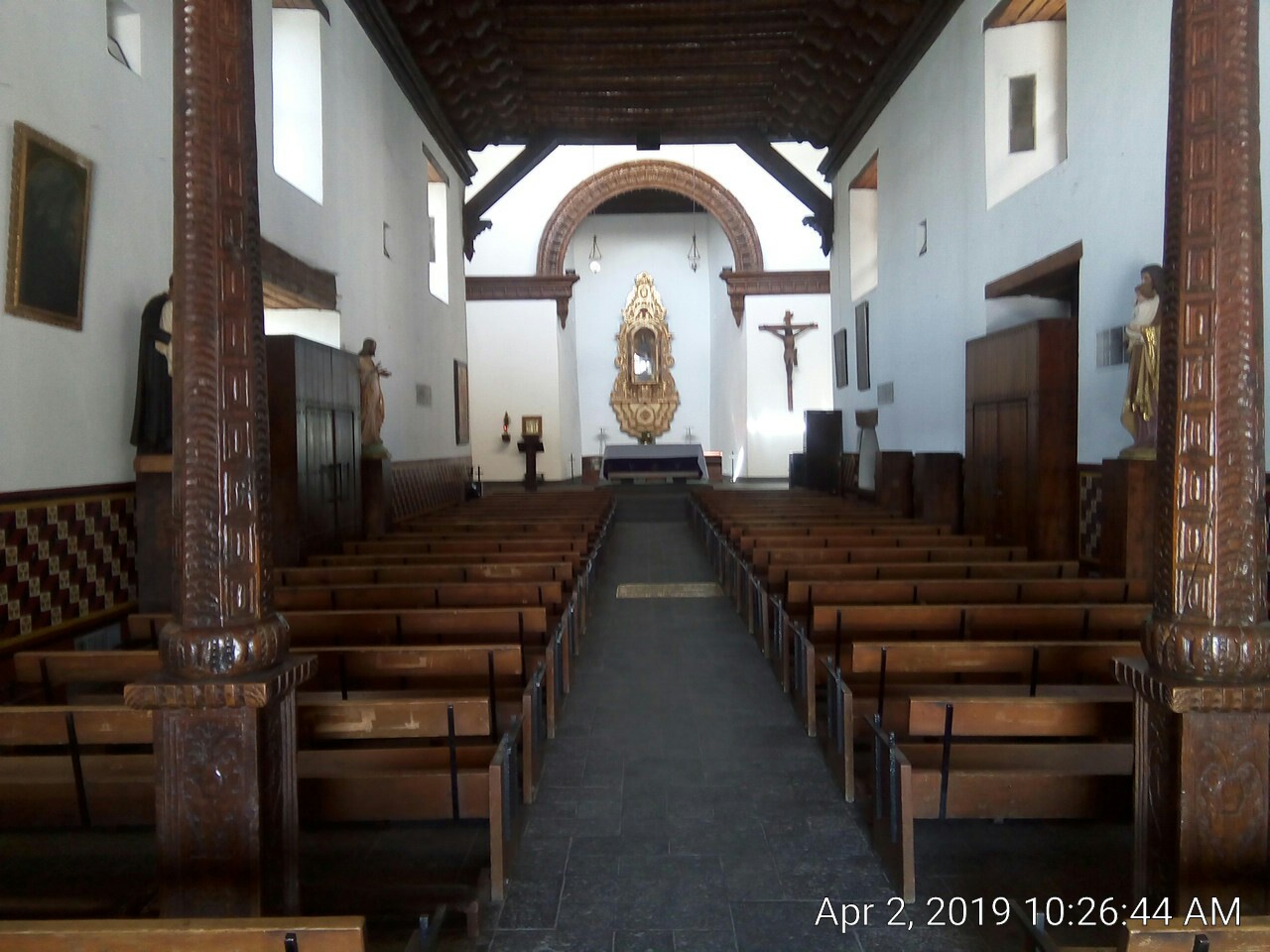 This alcove allows you to see the decorative beamwork and mud construction: 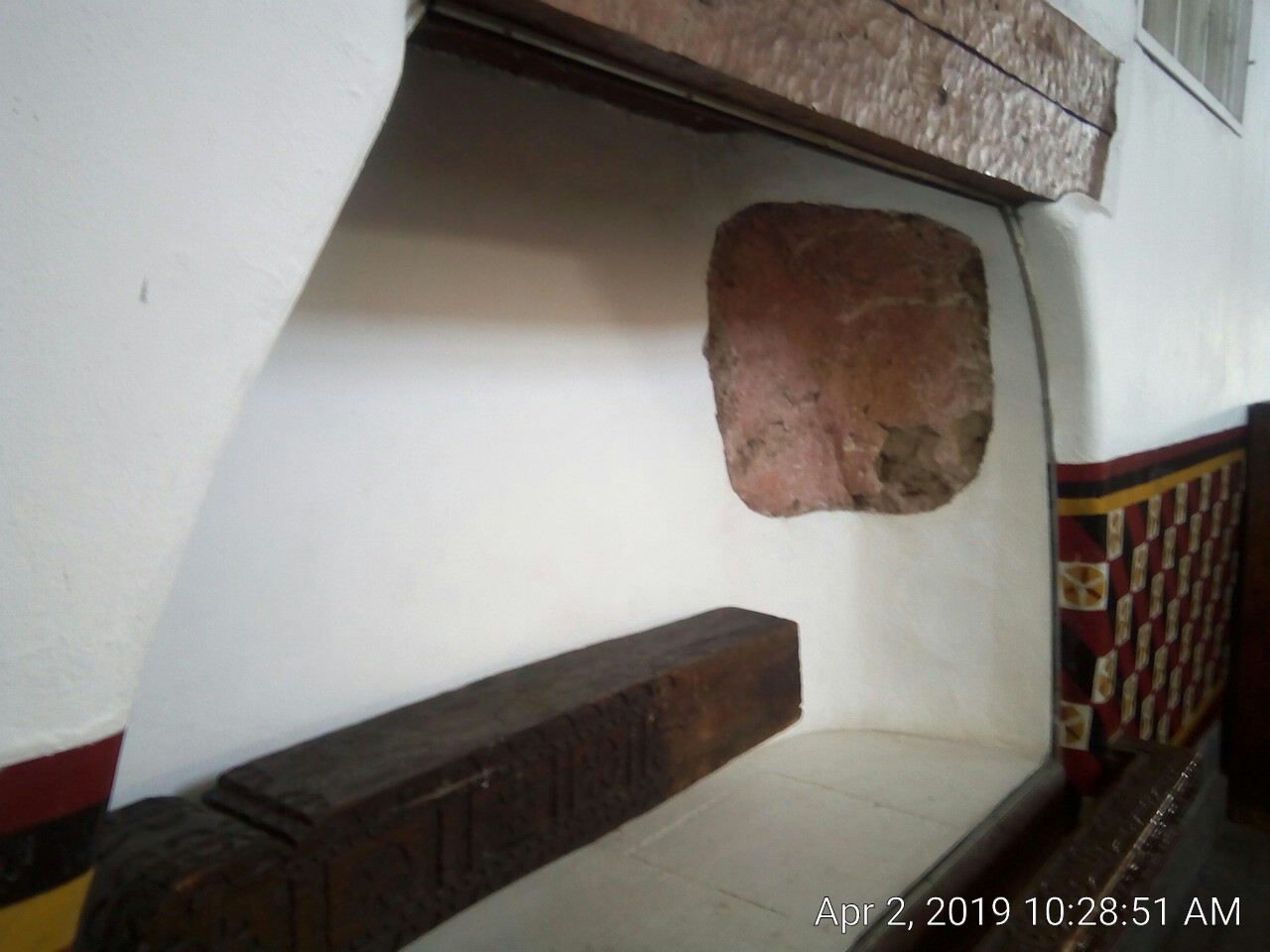 Roof beams were made of those with what appeared to be saguaro ribs in between in a parquet-like design.

I didn’t take many pics other than these because I knew I’d be back for more visits. Both this old mission and the new cathedral were cool and peaceful inside. I sat in both for some time and took in the ambience.

I started to get hungry around noon and started looking for something to eat. I wandered into the old, chaotic, and wonderful market stand district and everything looked good. I settled on a chicken stand: two big pieces of chicken, a healthy serving of mashed potatoes (lard instead of butter maybe?), a chili pepper, three corn tortillas and a Coke for 50 pesos ($3.28 at that day’s exchange rate). At that point I realized the $40 USD I’d converted to pesos was serious overkill. I also bought a big cup of sliced, sweet watermelon, long slices sticking several inches out the cup for 20 pesos (1.10). Americans need to sell melon that way; it was a great experience. Later I got an ice cream for I think 12p, or 66 cents. So I spent around $5.50 all day, including the bridge tolls.

After much exploring I was getting burned and tired. I headed back to the point of entry. I didn’t understand the advantage bicyclists have re-entereing the US in that port so I wasted a lot of time waiting. One of the locals who goes back-and-forth daily showed me I could use the adjacent bike lane on the other side of the rail. If I’d known that I could have gotten crossing time down to about a half hour instead of the whole hour it ended up taking.

I’ll write more about Juarez later. Right now I need to wash off, eat dinner, and prepare for work tomorrow.