After downtown I hopped over to the site of the Yuma Territorial prison, since the warrant had long since expired.

I started out along the wetland trails alongside the Colorado as it comes through Yuma: 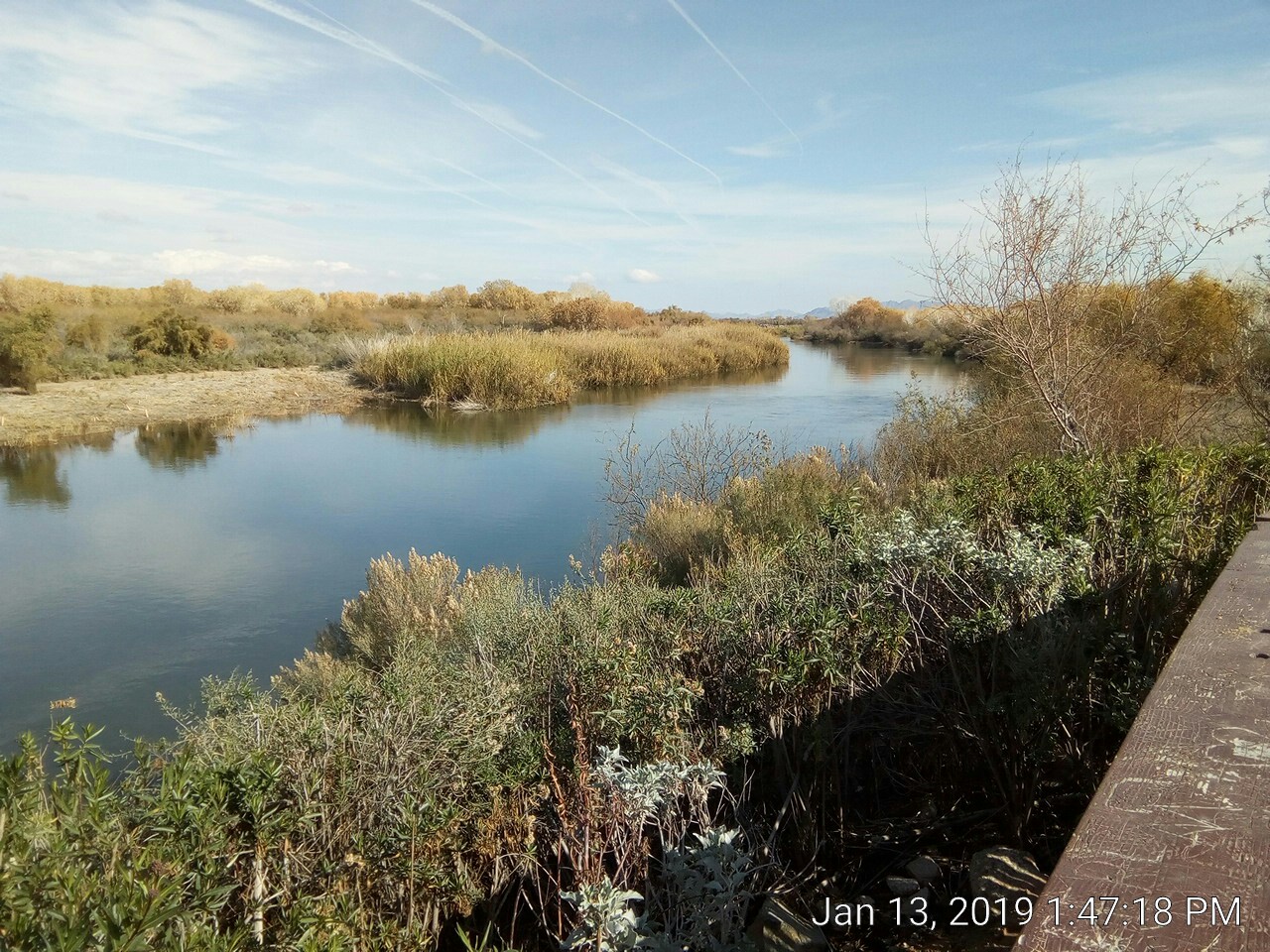 It was a decent hoof around, maybe 5 miles in sandy gravel. For added excitement the trail was only minimally marked and intersected with many other trails and roads. I made a few guesses and strategic choices and found the trail again around the 4-mile marker (a post that said “4”).

One of the things I liked about their handling of the wetland project was they acknowledged the hobos that lived in that area, hopping trains and doing what we would now call “day labor”. One of them helped with the project: 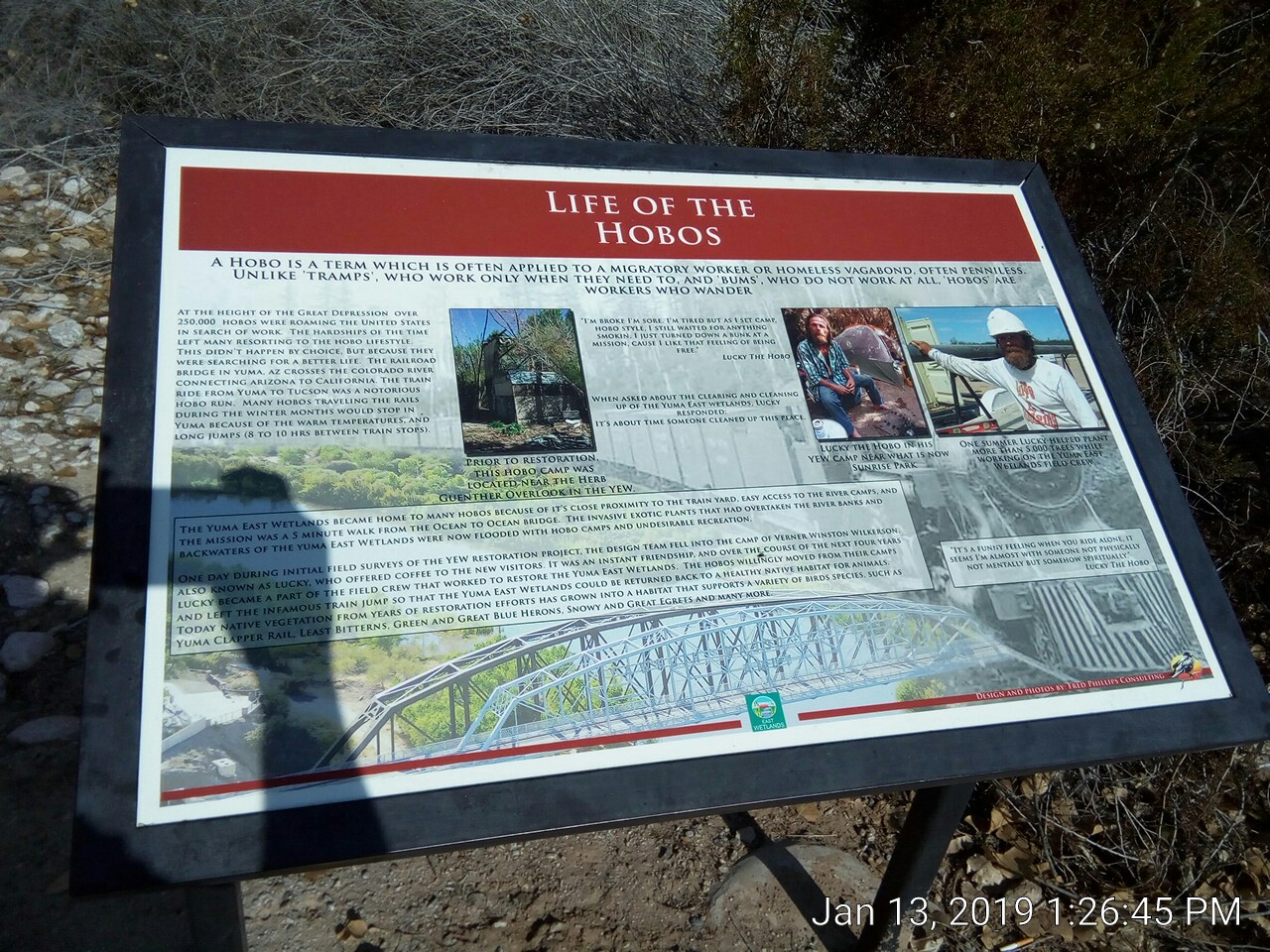 After I wandered back to civilization I checked out the site of the prison: 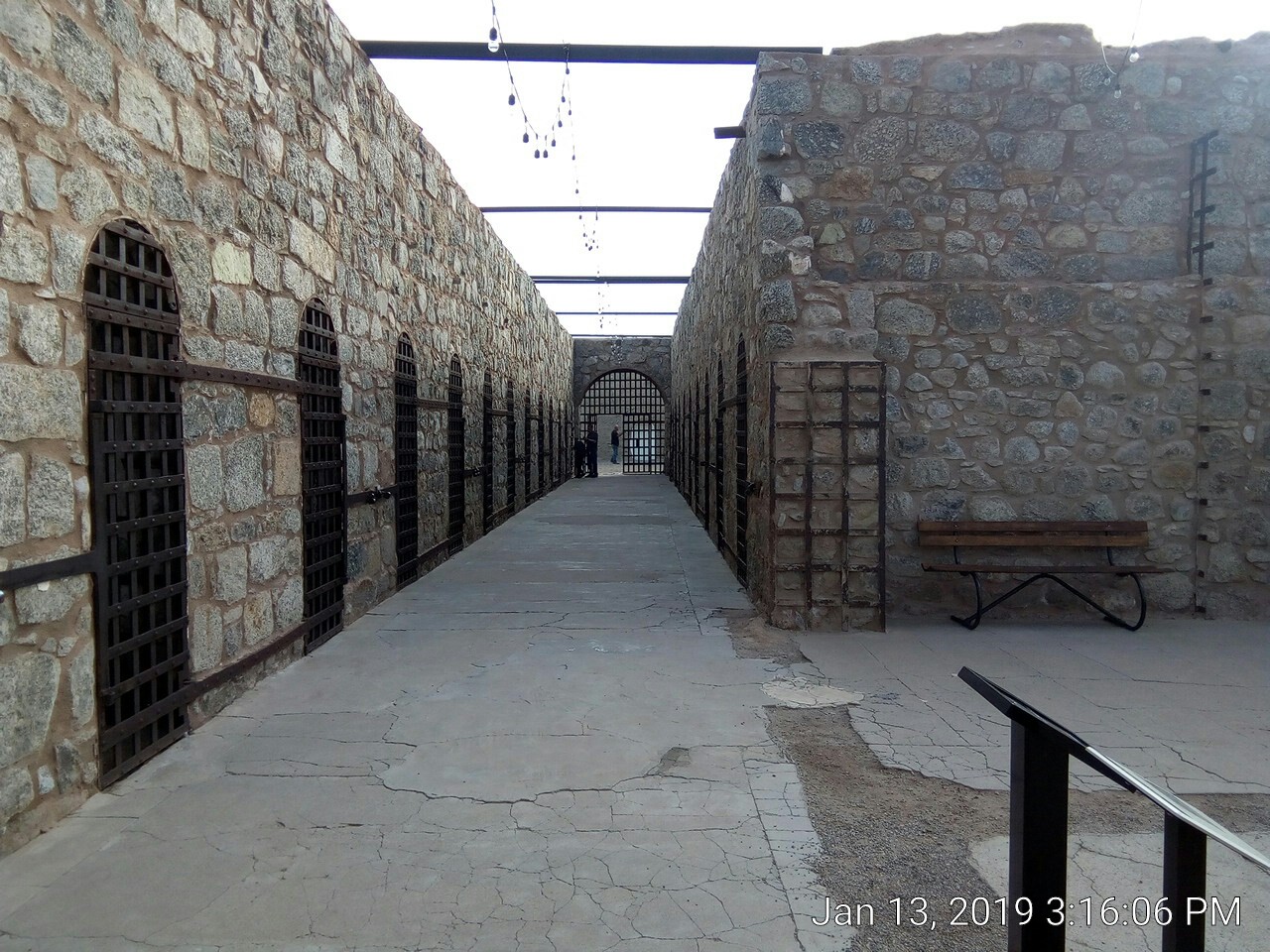 The ones on the left are six-man cells; they abut the wall: 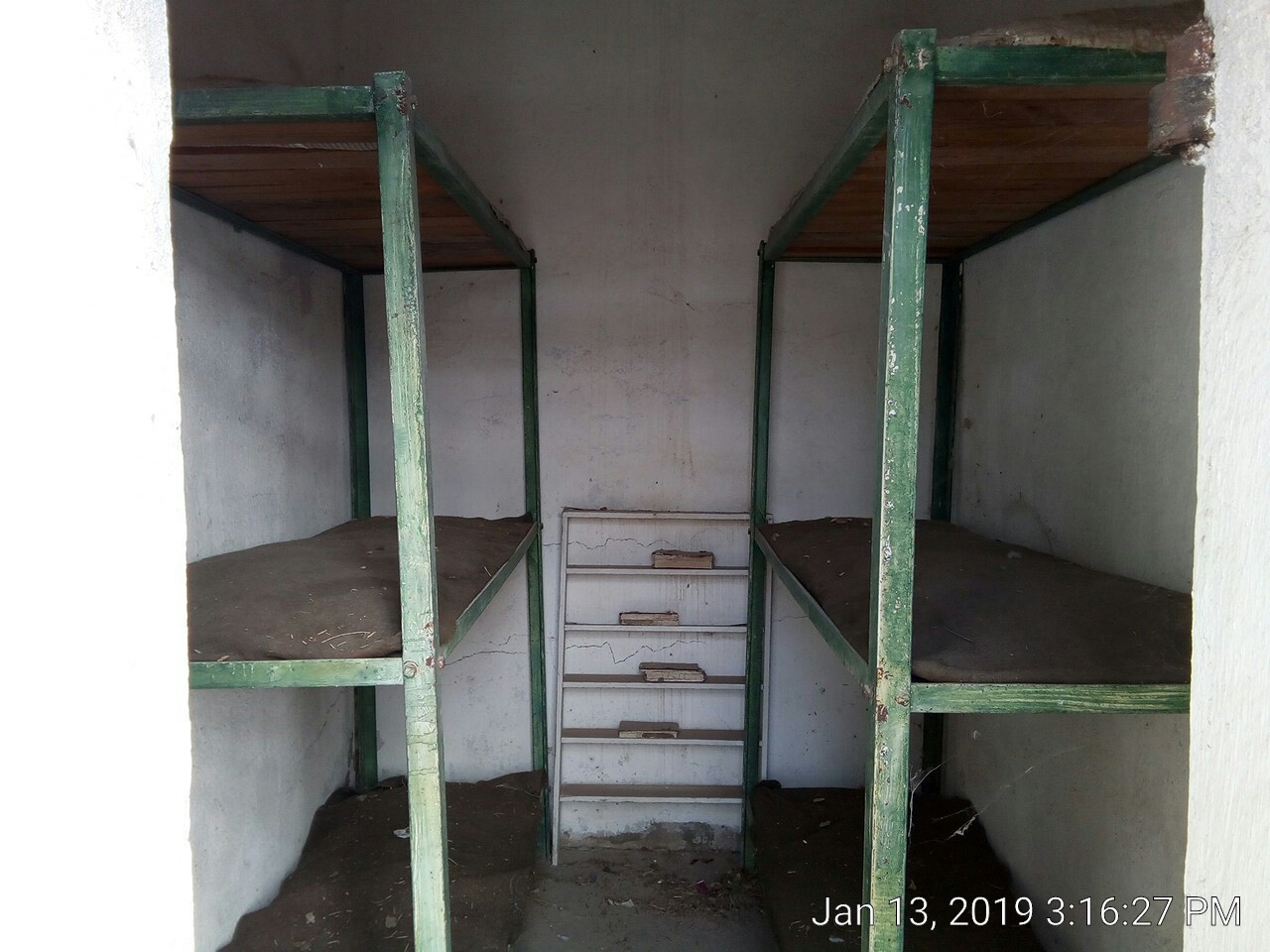 The freestanding ones on the right are in a double row, divided internally by strap iron gates.

A view from inside the Dark Cell, which was truly dark and consisted of a strap iron cage and an airhole above. It is said that the airhole made a convenient delivery chute for scorpions and rattlesnakes lest the prisoner get too lonesome.

This inside one of the cells adjacent to the New Yard. The cell was roughly the floor area of my home on wheels. The historical info at the site said that during the site’s abandonment (early 20th c.) rooms were put to use by the aforementioned hobos, homeless folk, displaced families during the Great Depression, and by the local school district when their building was damaged.