Started the day early at the shelter, scooping poop and washing dog feedbowls.  Met this skinny, lovely pit.  Like many, she craved human interaction but was skittish anytime hands were near her head. 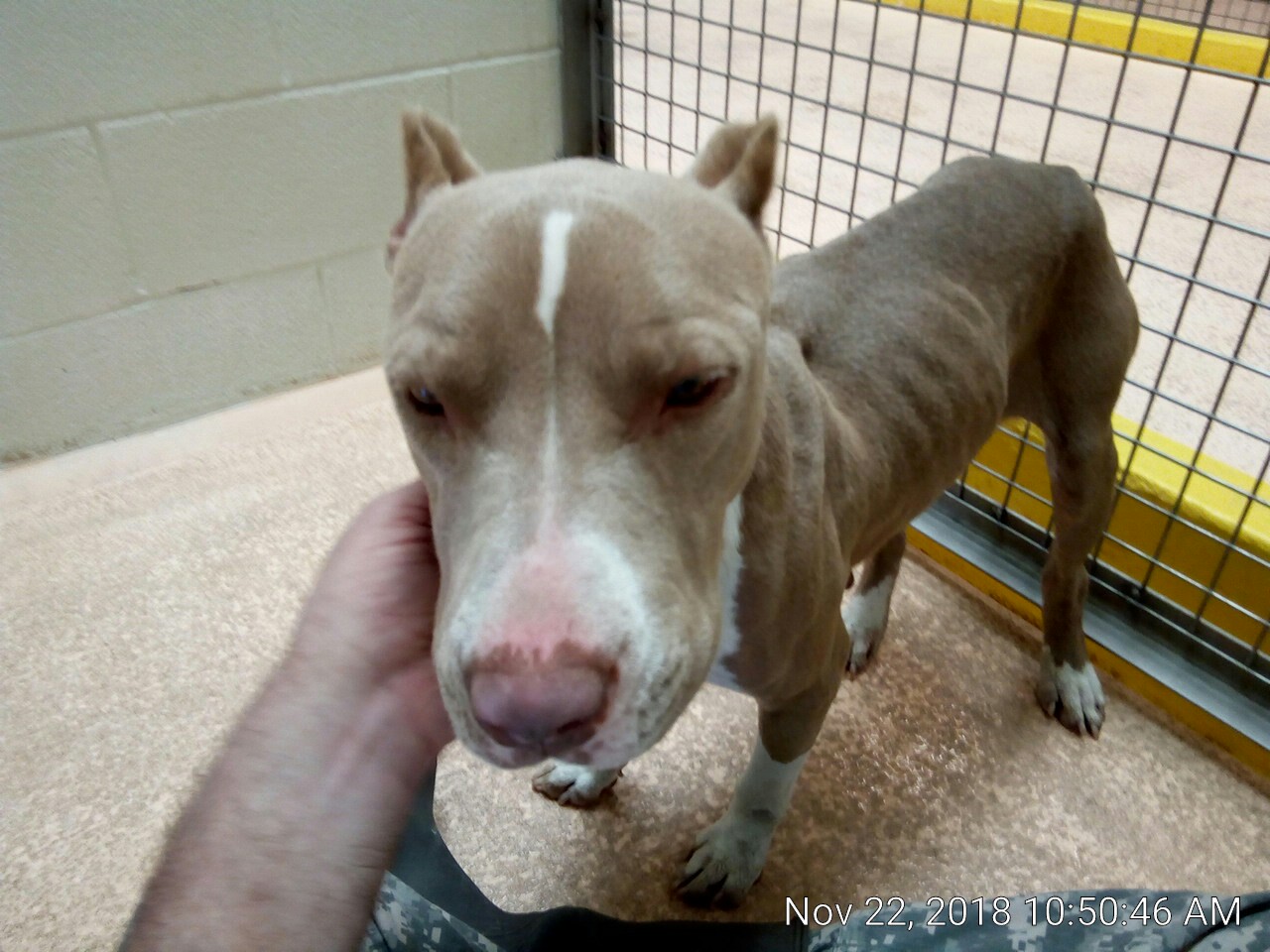 She’ll put on weight while she’s waiting for her adoptive parents.  She ended up in my lap after about 10mins.  Maybe just for my body heat.

Washed the van at a car wash.  $1 of quarters went forever.  A function of cheap land prices in that modest part of town?  The change machine must have been out or inop, because a young man came over asking if I had any quarters for his 3 $1 bills.  I pointed to the baggie of quarters on my meter and indicated he should put the bills in there after he got the quarters.  He did.

I’ve met three young men like this recently.  In an Anglo city folks might have assumed they were ruffians.  They were all carefully polite, as people in El Paso tend to be.  The other two young men pulled up next to me in a dead-end street in a ratbag car.  They cranked down the windows and the passenger said:  “Sir, are you lost?  Do you need directions?”  :-)  I was actually scoping out a place to camp but thanked them and went elsewhere.  Didn’t want to bother them in their neighborhood, which they cared about.

So I’ll lead off my thanksgiving with:  I am thankful for the fine people of El Paso.  I respect them and this city.

I am thankful for how well the camper is doing.  No issues to speak of.  At this moment I have a full tank of gas, full tank of propane, full tank of fresh water, and an empty graywater tank.

I am thankful for my employer, who is underwriting this life, and will underwrite my retirement in a few more years (lord willing and the creek don’t rise).