I set up the MSW inverter, which was actually a 700w unit rather than 400w as I’d remembered. It’s been in storage in the “basement” for a long while.

I put the little hotplate on the Kill-a-Watt and it pulled 285-290w instead of the rated 330w; I’m glad to see that. I’m in float here this afternoon and with the existing loads (fridge, maxxfan, fans, etc) + hotplate running the 40A controller was pumping out ~34.5A, just under 500w. At float voltage the controller can make ~565w so there’s not a lot of headroom.

The little beast was coming up to temperature nicely. When the temp gun said 250F I put a heavy-bottomed saute pan on and let it get hot. I tossed in some leftover french fries I had in the fridge and heated them through. 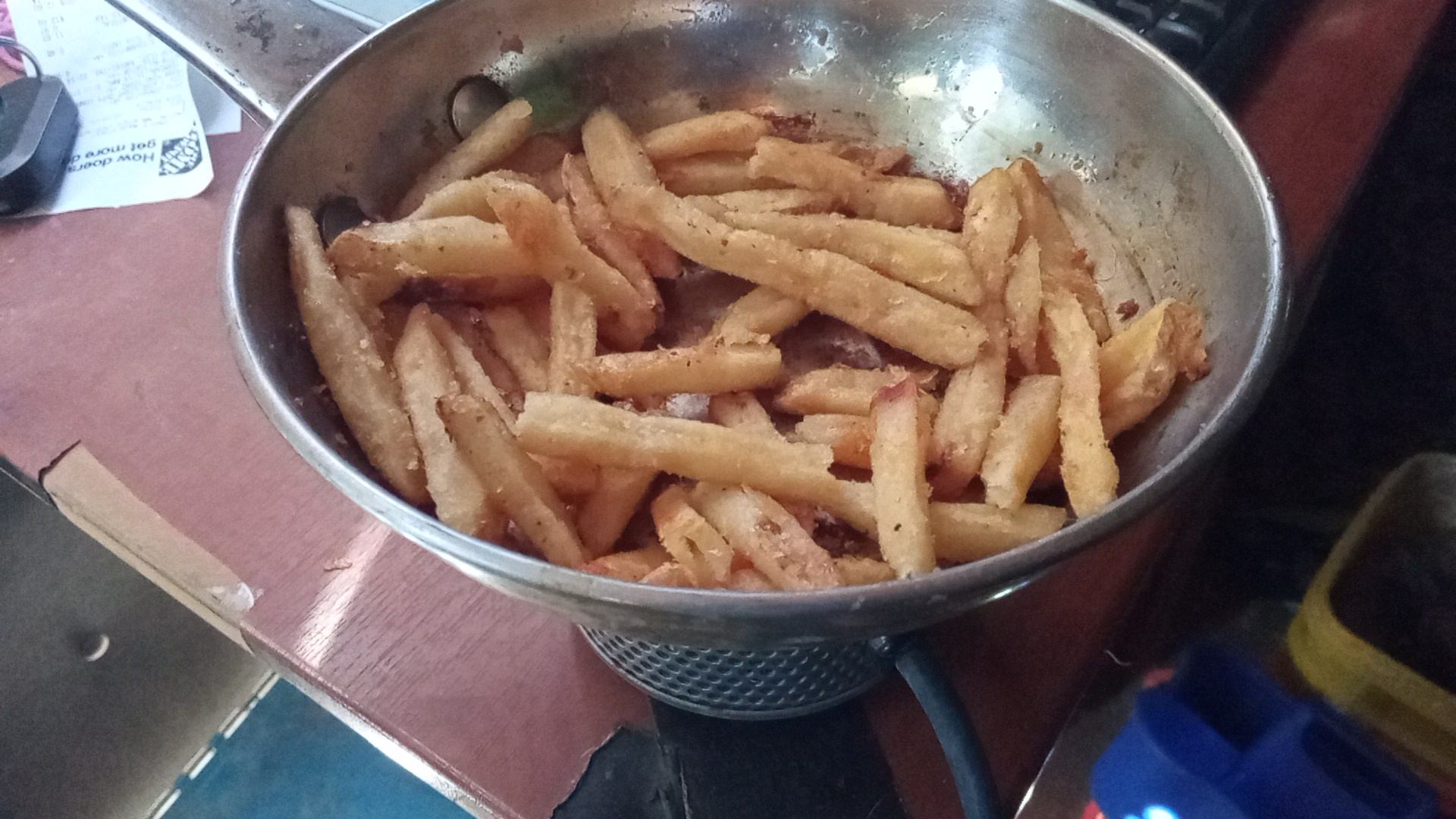 Within a few minutes they were hot enough to steam, then brown and start to smoke a bit. I’d say it was like cooking over medium-low heat. I wouldn’t want to boil a lot of water on it if I were in a hurry but I think it will require a flame tamer to stay at low simmer.

Should work fine for heating bathwater.