I stealthed in Albuquerque a couple days to take advantage of laundromats and pleasant weather. Tomorrow was forecast to be 85F though, which lit a fire under my butt. Finding a boondocking spot on a Friday is suboptimal but turned out ok.

My next stop was scheduled to be NF outside Cuba, NM, forecast to be in the 70s for the next few days. It will rain Monday (and these dirt NF roads will be treacherous then) but should be passable again by Tues/Wed when I leave here for Farmington to meet my incoming Amazon packages.

There weren’t many obvious spots along the FR. I found a spot that had been parked in and had some litter. No fire ring, which makes me a bit nervous about using it even though I won’t be making any fires. I picked up the litter in this spot and will pack it out. 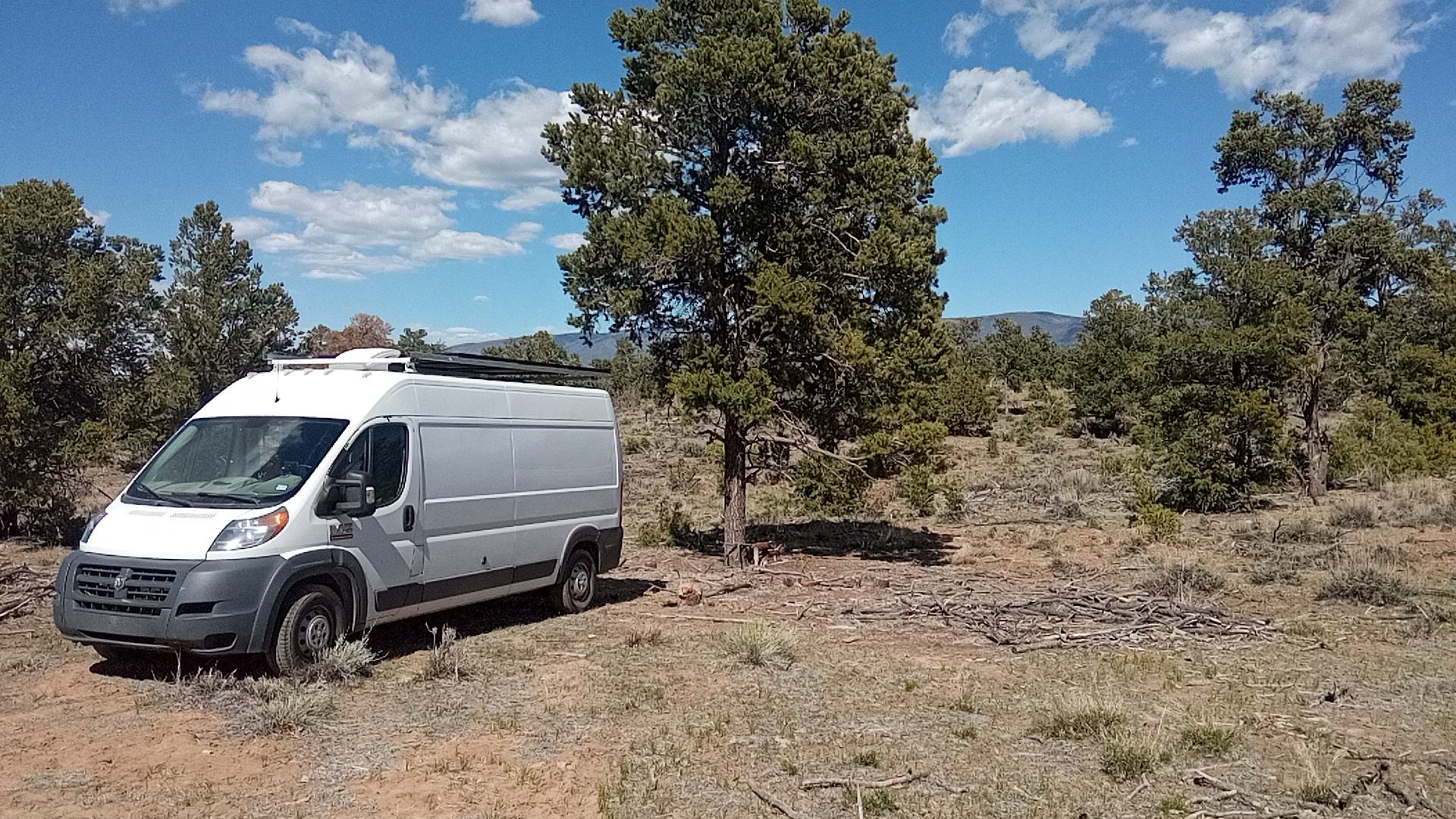 Finding a level-ish spot for the van that had seen prior use was tough, and that tree back there does look awfully close. I used the Sun Surveyor app to track where the sun will be and that tree will only interfere a bit in the morning. I don’t think I’ll need it but I do have the portables and 20’ of cable for them if needed. 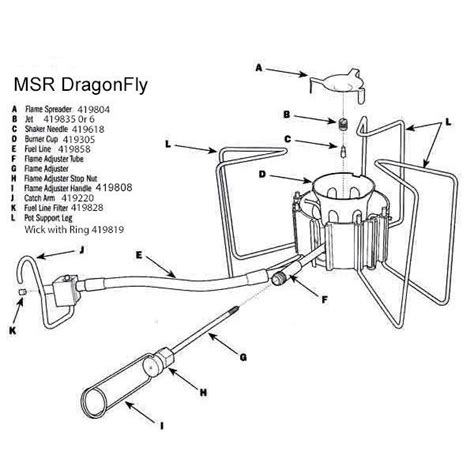 I swapped out the jet and replaced the o-rings on the flame control on the MSR Dragonfly. Seems to be running stronger.

The flame adjuster (G) had some baked-on scunge that the brass brush couldn’t dislodge. I carefully used the tip of a knife to dislodge it. I wonder if Brake-free or other other gun cleaner fluid would do anything. Hmmmm. It annoys me that the control is not orderable as a separate part. If it degrades I might jump ship to Optima or some other vendor for whom parts are still available. Even Coleman appears to have given up on the market.

I caught the driver-side windshield wiper with a squeegee and broke it; there’a lot of leverage on a 26” wiper. I replaced it with the B-series RainX (beam, ~$12) as some on the forum liked it. I went ahead and replaced the passenger side with the H-series wiper (hybrid, $10). Interestingly in the store they were different prices for the B/H wiper in each size, but on the website they are all $10.88 I figured I’d run both and see which worked better or lasted longer.

My understanding is this is the difference:

I bought my cordless trimmer in 2016 and it has worked well. I keep losing/breaking pieces and they are proprietary (boo!) so there is no replacing them. The shortest guard I was was their 9mm one, which was longer than I like on beard and head. I like 3mm or 6mm.

I decided to pick up a plain corded clipper with guards that were either widely available or interchangeable. I doublechecked that the guards were available individually then bought the basic Wahl kit for $20 from wally world. Back to my summer cut: