Cloudcroft is surrounded by the Lincoln national forest where I’d escaped many times from the heat when I was working in ELP.

I needed a site with a few hours of sun and at least 1 bar of either Verizon or Tmo.

I found a spot with 3 bars of Tmo. According to my guestimate of the Sun Surveyor sun track I’d get about 3 hours of full sun between the trees, mostly in late morning. Theoretically that should be enough.

and so to bed

The tree canopy meant the solar was making minimal power in the afternoon, so each night we would hit the sack at about 85% State of Charge. It’s a 100Ah battery with practically no Peukert effect so the Ah remaining number and State of Charge number will be the same.

We ran the 10” LCD monitor to watch a couple shows and ran the heated mattress pad on LO all night.

There are two openings in the canopy when I get sun:

At both 0900 and 1100 when the sun was emerging from behind the canopy the controller would get very confused. It was trying all kinds of power points and every change made more power, no matter the direction. This is because available sunpower was ramping up quickly as the sun emerged but the controller had no way to know that.

Charging in earnest kicked off at 1100. This screenshot from 1139 shows the info we need to know:

As the sun rose charging current maxxed a little over 40A so it was done about 1230.

Recharging the LiFePO4 bank took ~1.75 hours of direct sun. The GC2 FLA bank would have taken ~5 hours due to lengthy Absorption. The available 3.25 hours of sun was sufficient fully to charge the LFP but could not have fully charged the FLA.

The LFP bank has done it’s job, allowing me to camp in areas of limited sunlight.

Can’t put numbers on usability of the new battery bank, but it requires much less thought from me. Lithium doesn’t care about partial stage of charge, so I no longer worry about going into sundown at 100% SoC. I don’t run any major loads without sun support but I do find myself running smaller loads when I want to rather than when the battery can best support them.

The $20 75A battery shunt I had in place tracks the battery’s voltage, state of charge, and time to full/empty surprisingly closely. 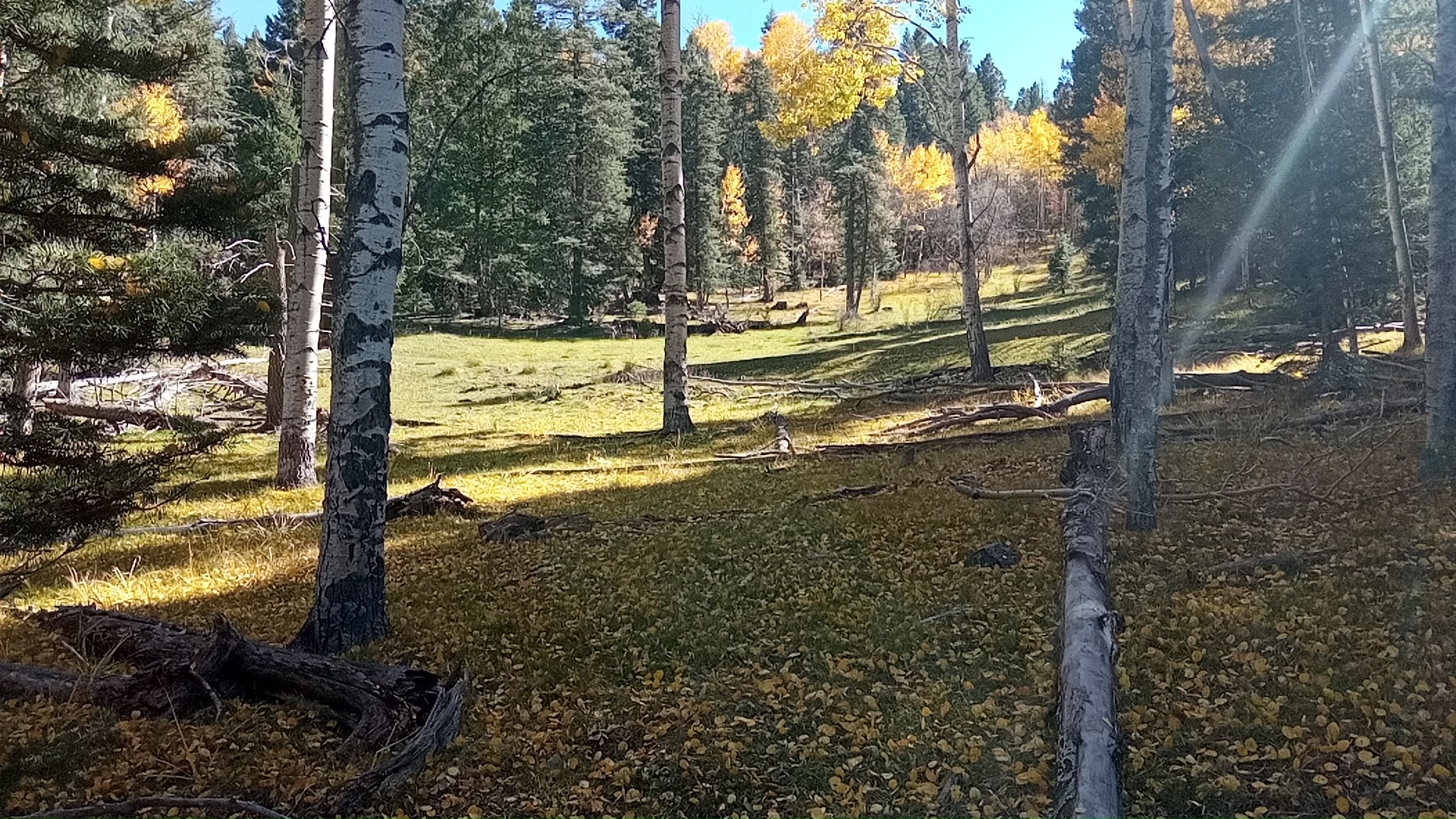 It’s mainly conifers (pinyon?) where we are camped. Muffin and I walked about an hour further up the road to a spot that had more aspens (?). They were dutifully dropping their leaves as colder weather approaches.