He and his wife were were well-groomed, upper-middles in an SUV-based luxobarge. Maybe an Escalade, and he had lawyer or stock trader vibes. 90% friendly/curious, and maybe 10% condescending. I focused on the curious part to keep my snark under control.

He had a few questions which I answered for him and will answer for you now.

How did you choose this spot?

Pull-outs in the area were extremely narrow and far-between. Even fewer had a bar of Verizon. I pulled over when I found the first minimally-acceptable spot.

How long do you stay in one place?

Generally the full term allowed, due to the costs of moving/driving. In this case (as posted on signs on the way up) the limit is 14 days.

What do you do all day?

I read, hike with the dog, write, work on the RVwiki, etc.

wit of the staircase

Sometimes you think of a better response after the moment has passed. The French call this Esprit De L’escalier, the wit of the staircase (after having left the room).

In restrospect, I think a better answer to “What do you do all day?” is “What would you all day if you could do whatever you wanted?”

No, I haven’t won the lottery. But it seems to me that wanting less makes makes “just enough” feel like relative wealth. 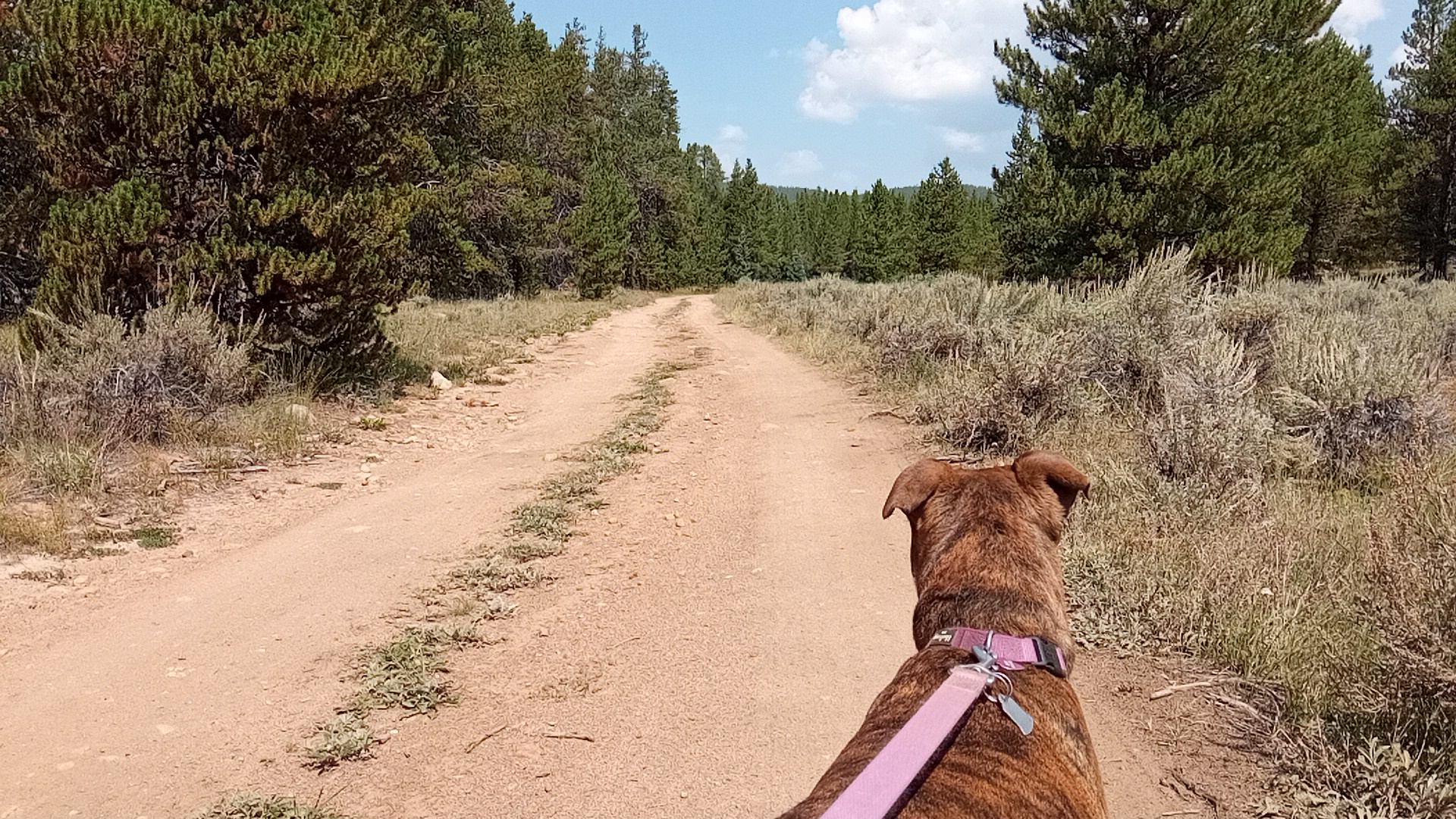 While I was drinking my morning coffee it was dead quiet except for a hummingbird who came in, peeping and thrumming. Now Muffin and I are going for a walk with Mount Massive (real name) in the background. It’s 72F and sunny. See what I mean?