The 150 is a 5-pin lock, and all 5 drivers at least are reported to be security pins.  I could definitely feel counter-rotation in there when picking on spool pins. 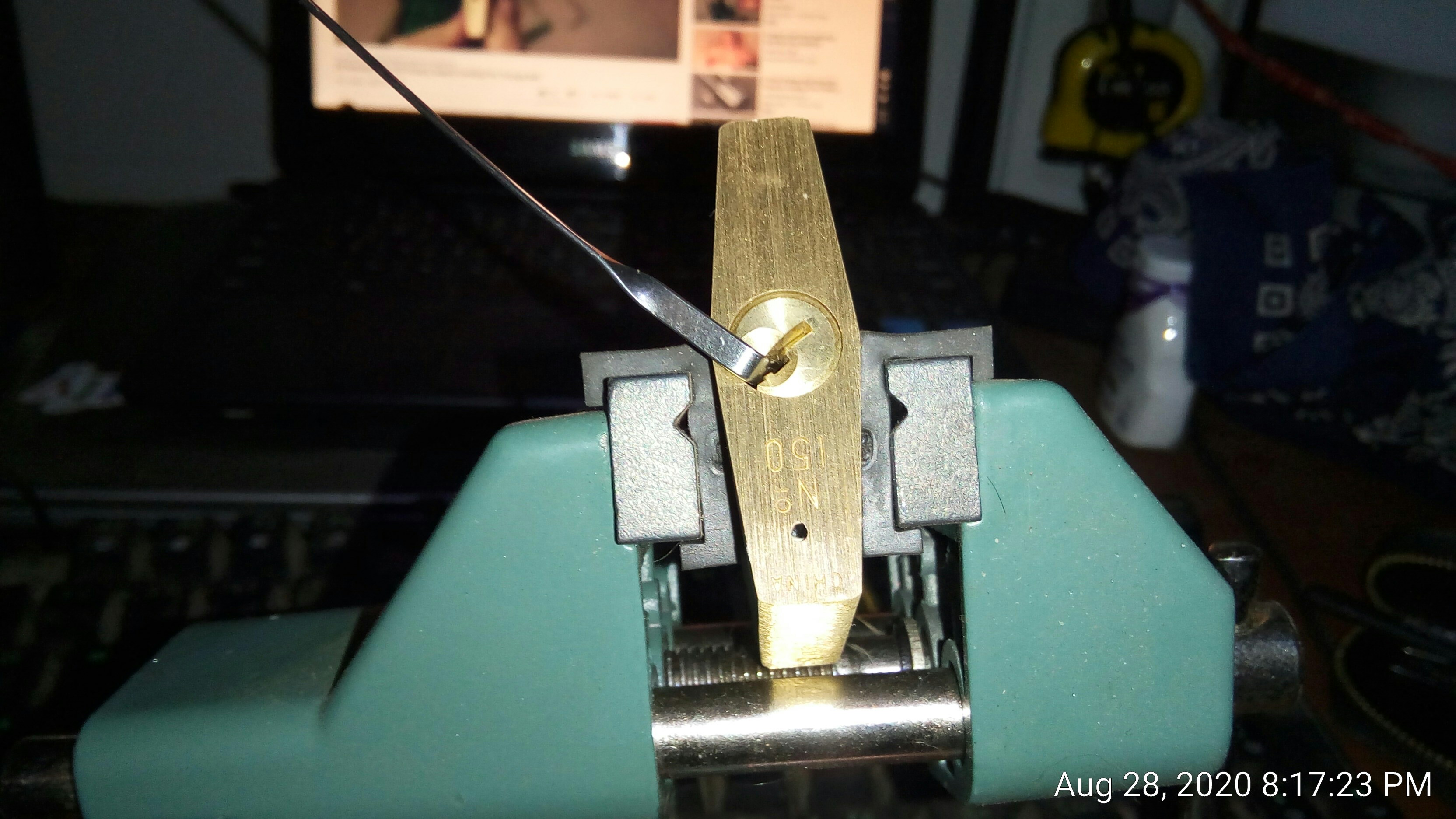 I was watching a video on the lock on YT at the time;  you can see it in the background.   This is my first raked lock.  I prefer single pin picking but the video said it was vulnerable to raking.

Also first pick in the vise.  Much easier on the left hand, and I think also makes for more direct feedback.  Probably because the hand isn’t damping the vibrations and sounds.

the green belt locks I own are the Master 410 LOTO (lockout/tagout) and the 911, and only video is accepted as proof.  The 410 is not guttable (nondestructively) so if I pick that one I’ll have to gut (disassemble) the 911 on video.  If the 911 is picked then I would continue to gut that one.

For some reason the 911 makes me happy.  I hope that’s the one I pick first for green.  I’m not very good so this will likely take a while…

I have my old generic gopro set up for when I can consistently pick and record the proof.